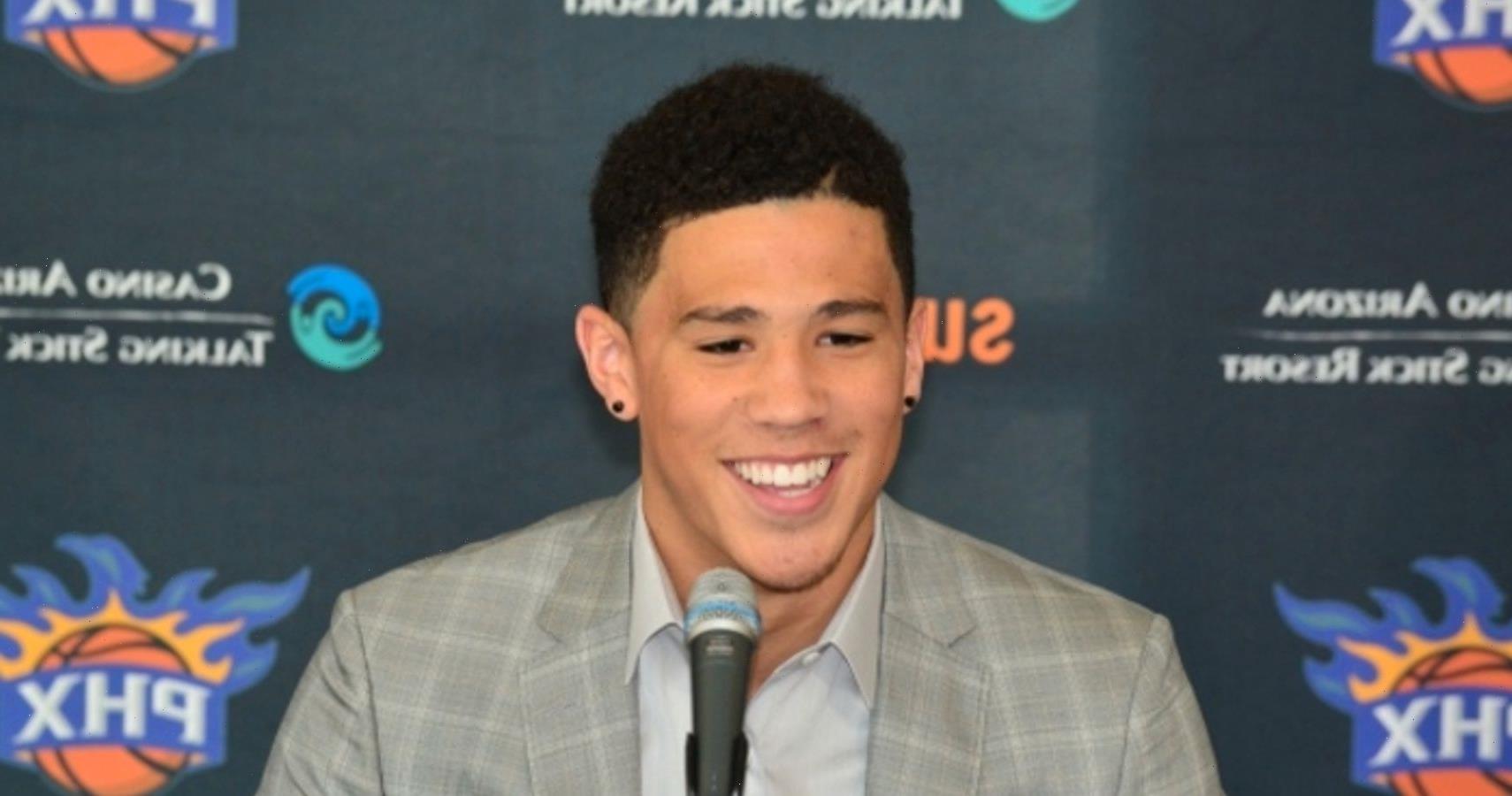 Devin Booker was born to play basketball as his father is a former professional basketball player. A shooting guard, Booker received a star status after being the 13th overall draft and being selected by Phoenix Suns. He was only 18 when he made his debut on the court and, within three years, became one of the best shooting guards in NBA history. In 2018, the Suns signed a $158 million deal of five years to pay him $36 million a year in salary for his play. Additionally, he also bagged an endorsement deal for Nike, which has elevated his net worth. Booker has an equal interest in vintage and contemporary, which can be seen through the purchases he has made over the years.

Devin Booker has established himself as a gearhead, sneakerhead, and an art collector through his hefty purchases, from vintage cars to buying expensive and rare sneakers. Let’s look at how the basketball star earns and spends his millions.

Devin Booker initially became interested in vintage cars watching his grandfather work in the garage. Through him, he became passionate about owning American metal cars that range from the 1950s to the 1990s. As mentioned by GQ, the sportsman is a follower of Chevrolet, and his collection includes a ‘71 Impala and the ‘96 Impala, the latter being his birth year. He has also purchased a matte black Ferrari 488 and a Chevy K5 Blazer. His favorite car in the garage is the copper-colored 1959 Chevy Impala nicknamed Pretty Penny and is the first automobile he ever purchased.

An avid collector of timepieces, Devin is always sporting an expensive watch on his wrist. He owns an $88,400 Audemars Piguet Royal Oak Offshore that combines elegance and sporty aesthetic. Along with owning a special Audemars Piguet Royal Oak 20th Anniversary edition, he purchased Rolex Daytona Chronograph. His favorite watch in the collection is a Patek Philippe 5711 Rose Gold, a limited-edition timepiece that the watchmaker discontinued after mid-2021.

The basketball star, a player for the Suns, has made several real estate purchases in Phoenix, Arizona. He first owned a property in Paradise Valley that he sold for $3.45 million and made a $200,000 profit in 2020. The following year, he bagged another property for $3.2 million that overlooks the Phoenix Mountains Preserve. His home was designed by the duo Kathleen Clements and her son Tommy Clements who dressed the home in custom furniture that can accommodate tall people like Booker and his basketball team friends, as stated by Architectural Digest.

Along with boasting a beautiful home in the Sonoran Desert, he is an art collector. The dining room in his house boasts a mid-century decor with a custom dining table, minimalist chandelier, and a centerpiece. He has mixed the decor with contemporary art from artist James Turrell. While on a road trip to Northern Arizona, Booker visited Roden Crater, where he was astonished by the artist’s work. He purchased a purple-blue LED wall sculpture proudly displayed in the dining room.

Certified sneaker Booker has a collection of vintage and latest shoes in his collection. His obsession with sneakers began when he was a child and used to save money to buy Nike Air Jordans. His most prized sneakers are custom 1958 white Jordans, which he believes to be an art piece in his sneaker closet. While his favorite brand has always been Converse, he is seen sporting stylish Nike sneakers since signing a contract with them, such as the Kobe 6 Petro shoes. One of his favorites is the Nike Kobe 11, which is signed by late legendary player Kobe Bryant with the words Be Legendary, as noted by Sporting News.

The basketball player loves to travel. While he visits West Coast cities for his NBA games, he also likes to take road trips across Southern Arizona. Along with his girlfriend Kendall Jenner, he took a road trip to Southern Arizona in April 2020 to enjoy downtime in quarantine. More recently, during the off-season, he went on a vacation to Italy with his girlfriend to enjoy the beach and tropical getaways.

With an iron-clad and expensive contract under his belt, the sports enthusiast continues to shower his loved ones with presents. In January 2022, Booker purchased a silver Mercedes G 550 as a gift for his mother on her birthday. As mentioned by Auto Evolution, the car has a hefty price tag of $131,750 and is equipped with a 4.0-liter engine and a 9-G Tronic automatic transition that gives an output of 416 HP and 450 lb-ft of torque.

With a history of making charitable donations, Kevin Booker committed in 2019 to donate $2.5 million to charities supported by Phoenix Suns in 2019. He is to donate $500,000 every year for the next five years. He has also started an initiative to give $100,000 each to five non-profits and made a $100,000 donation to COVID-19 relief funds around Phoenix.

From taking a break at lavish vacation spots to helping people in need, Devin Booker likes to give back to the community, which has helped him become an up-and-coming basketball superstar. With strong relationships with the Suns, his contract will increase his fortune in the coming years.