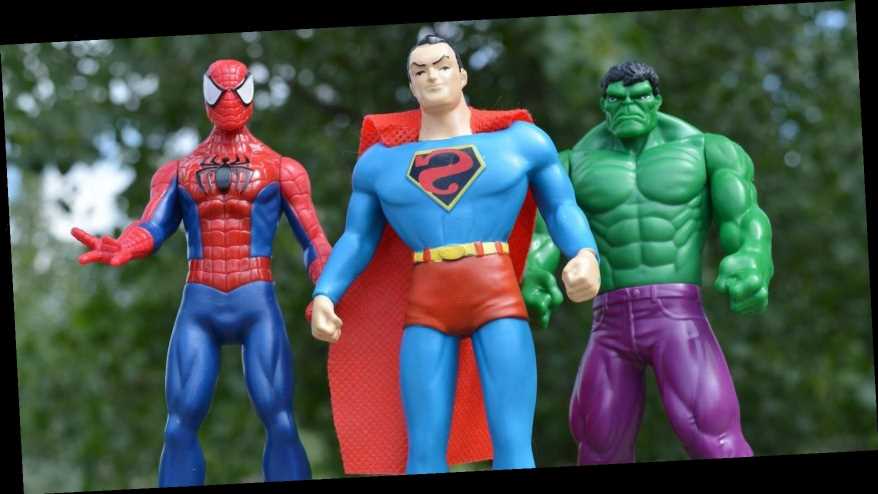 Writers and artists have created numerous fictional worlds over time. The idea of playing with their toys was previously attached to kids. However, some famous personalities have completely changed this belief. Adults, too, love action figures. Thousands of dollars are spent to collect these incredible ‘action figures.’ Moreover, once a fan of a media franchise, always a fan.

For example, if you love Star Wars, Transformers, Jurassic Park, or the Marvel and Dc Universe, its craze might never leave. The collection of action figures pertaining to the various worlds are also not age-specific. These habits and allegiances to fictional universes are timeless.

The following are some of the most valuable collectible action figures that have been winning hearts ever since the beginning of time and may continue to domain the future.

One of the expensive prototypes from the G.I Joe action figures was quite famous because it has about 21 movables parts. The American comic book publisher sports a massive collection of action figures from comics, but when a lucky buyer won this prototype in a 2003 auction, it took things to a new level. This figure had an outfit of a handmade cantina and helmet, and it cost a whopping $200,000.

Another G.I Joe action figure collectible is the Cobra Commander character. This was made by the company Hasbro back in 1983 and is still available for $900 in a mint in box condition.

6 Batman, Aquaman, and The Cyborg From DC Comics

Batman is one of the most popular DC comics characters, and this creation has inspired many action figure collectibles. Mattel had released a new series of Batman toys in 2004. Amongst these, the Batman Signal action figure sold exceptionally well, while the Atack Armor Batan did not do so well. The cost was about $200-300.

RELATED: Filming For “The Batman” Will Be Finished In March [Report]

Indiana Jones is a famous hero figure forever linked to Raiders of the Lost Ark. This fictional character is part of a well-selling American media franchise that portrays a hero who is an archaeological professor and one who undertakes countless adventures.

In 1982, the company Kenner made Indiana Jones action figures from The Raiders of Lost Ark. This is another valuable action figure and is available for about $1000.

Steven Spielberg’s concept of coexisting with dinosaurs in a modern world still sends chills down our spines. The idea of a theme park gone wrong resonates with most of us, one of the 90’s movie franchises that earned millions.

The obsession with the action figure of the tyrannosaurus or the T-rex is still relevant. The omega T-rex is one of the original 90’s action figures that has been listed on eBay for about $2800.

3 Boba Fett and Jawa in Vinyl Cape from Star Wars

A Vinyl caped Jawa humanoid action figure featured in Star Wars: Episode IV – A New Hope is still quite valuable. Made as one of the original pieces from the ’90s, one such figure would have a value of about $18000.

The original Boba Fett figures did not sell very well because they were not exceptionally safe for children to handle with their rocket-firing backpack. However, this action figure’s original prototype was auctioned at a New Toy Fair for a massive $150,000.

One of the most popular transformer characters was Soundwave. Hasbro took up manufacturing the original prototypes of this action figure to feature Soundwave’s fantastic narrative of transforming into a Walkman. Hasbro made the Soundwave figures in 1984, and the price now is around $4000.

The character Computron was even more expensive and produced by Hasbro in 1986. Its approximate cost is $6500. However, the most popular was the Optimus Prime action figure. This, too, was made by Hasbro in 1984 and now costs roughly $12000.

The teenage mutant Ninja Turtles of the 1980s were quite a hit; Characters had a fanbase who looked at them as heroes in half-shells. These were at first characters in a 1984 comic series, which was later turned into a television show. Some of the original toy figures made back then have a value of nearly $400-900. But rarer models could also be priced at $1000.

Another character from this franchise, Scratch the Cat, inspired action figure toys. However, since these figures were not as mass-produced as the hero figures, the connoisseurs sought them frantically later, and their value increased. This 1993 toy figure could be priced between $1,200 to $1,600.

Thus, on looking at the rising value of these old but favorite action figures, one realizes that it is not simply about being a kid’s toy. It is about emotions and an attempt at preserving childhood memories.