‘I didn’t think I’d make it to 30’: 3ft 6in woman who is one of the only people in the world with rare form of dwarfism defies doctors who gave her one WEEK to live as a baby to live a full, happy life

A 3ft 6in woman who was born with a rare form of Primordial Dwarfism that affects just over a dozen people worldwide continues to defy all the odds, becoming the oldest living female with the condition at age 30.

Monica Zaring, from Louisville, Kentucky, was born with Saul-Wilson Syndrome – an extremely rare skeletal disorder characterized by a significantly short stature, a pronounced forehead, hearing loss and microcephaly – the appearance of a smaller head.

The condition has baffled doctors for decades, and six years ago Monica provided a sample of her DNA to doctors who were working on a groundbreaking study of Saul-Wilson Syndrome at the National Institute of Health. 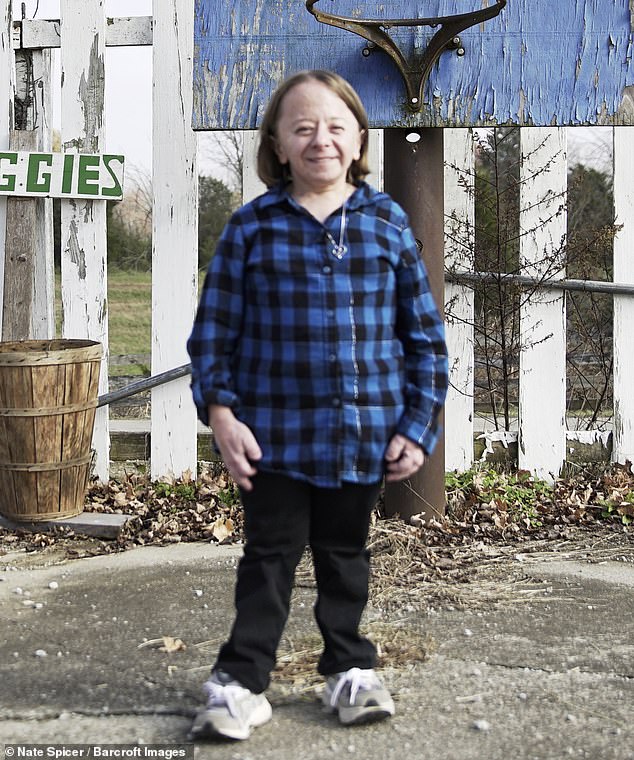 Beating the odds: Monica Zaring was born with an extremely rare form of Primordial Dwarfism and has grown to be just 3ft 6in tall 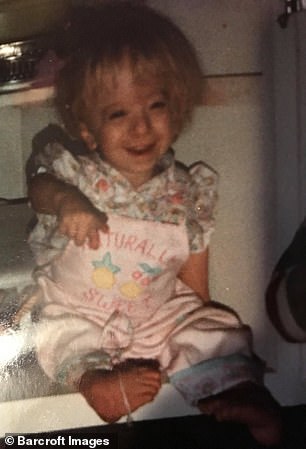 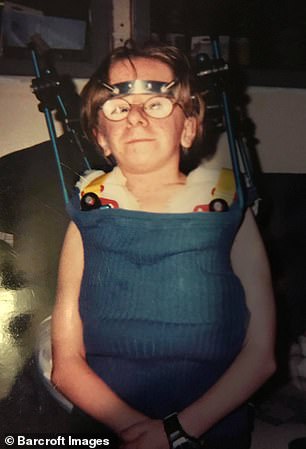 Fighter: Doctors told 30-year-old Monica’s mother that she had just a week to live when she was a baby, yet she is now the oldest living female on the planet with Saul-Wilson Syndrome

And in the latter stages of 2017, Monica’s years of heartache and unanswered questions were finally resolved, with doctors successfully identifying the root cause of her rare dwarfism.

‘Unfortunately, I had a lot of misdiagnosis when I was younger. At one point, a doctor actually told my mother to enjoy the time she had with me. They gave me a week to live.

‘Since then, I’ve battled on. I’ve had to learn to adjust over the years. I don’t think about my lack of height or any other symptoms really, I haven’t let anything stop me.’

Monica has closely worked with doctors over the last several years to try and identify why she is the way she is.

When growing up, Monica found it very challenging that no one could provide her with a definitive answer about her condition.

And so from there on, she made it her life-goal to make sure that no child growing up with Saul-Wilson Syndrome had to experience the same frustration.

Monica said: ‘I grew up without any kind of answers and I always said if I got the chance to help doctors find those answers for future generations, I would have to do it.

‘So I provided my DNA to their research study without hesitation.

‘And now, I’m so glad I could help out. It makes me really proud to know that there are answers, not only for me, but for future generations and all those cases to come. 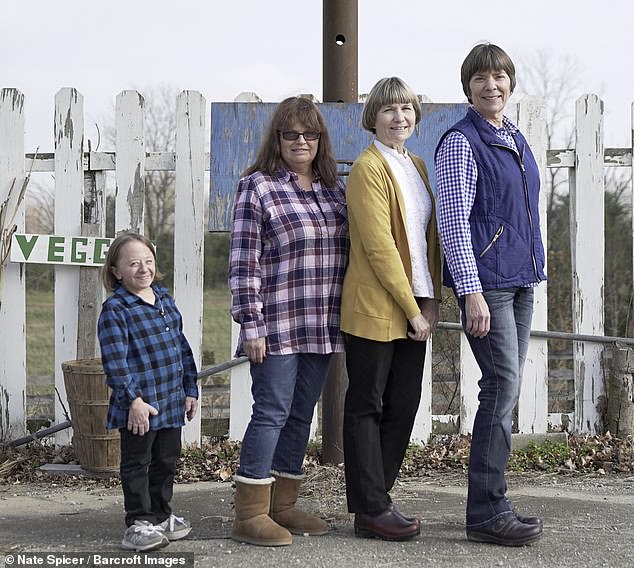 Support: The Louisville, Kentucky, resident – pictured with her best friend, mother, and aunt, says she has never allowed her condition to stop her from living a full and happy life 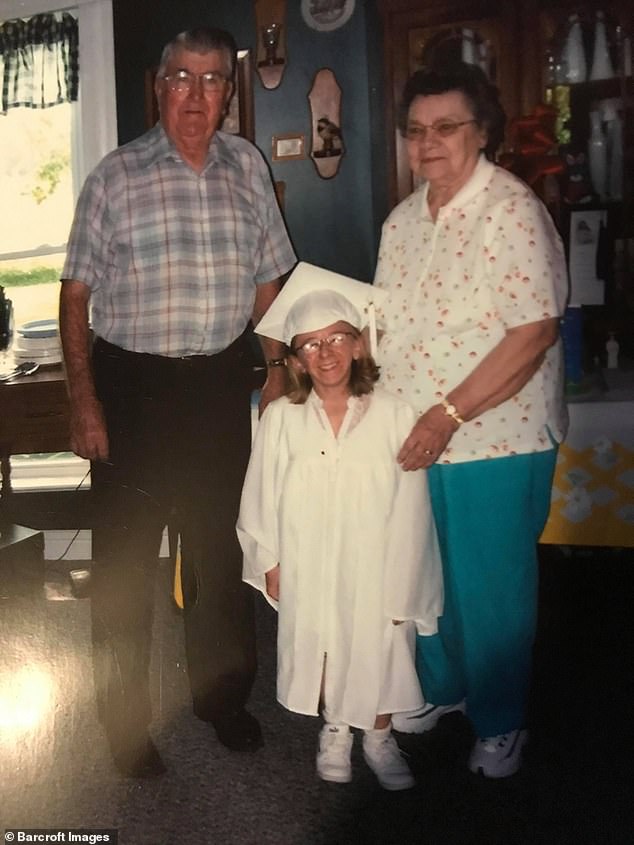 Success: ‘I have a full time job, I drive a car, I went to high school, I graduated college,’ Monica – pictured with her grandparents on the day of her graduation – said

‘It’s a big step for everyone involved. This is just the beginning.’

Doctors released the official medical article on October 4, 2018, which found the cause of Saul-Wilson Syndrome to be an alteration in a single gene located on chromosome 16Q22.

People with the condition have differences in their Golgi complex – these are structures that usually populate cells with clearly defined nuclei that help the proteins in our body.

‘It’s a genetic mutation in the gene, it’s not something that’s hereditary,’ Monica added.

And despite this leading to Monica’s significant lack of height, she still manages to live the most normal life possible.

She said: ‘I have a full time job, I drive a car, I went to high-school, I graduated college – my parents raised me to believe that I can do anything in this world. I might just have to do it a little bit differently.

‘I started out as a cashier at a local company and ended up becoming an assistant manager.

‘We’re from a very small community, so all the customers know me. They’re always really nice.’

Not everyone has been so understanding of Monica’s condition in the past, however.

Growing up, Monica experienced a certain amount of name-calling and would have people staring at her when she was out and about. 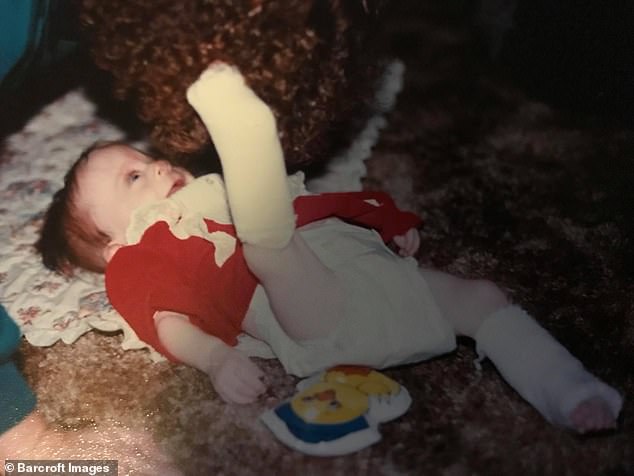 Searching for answers: Monica spent years facing misdiagnosis, and only recently got some concrete information about why she was born with Saul-Wilson Syndrome 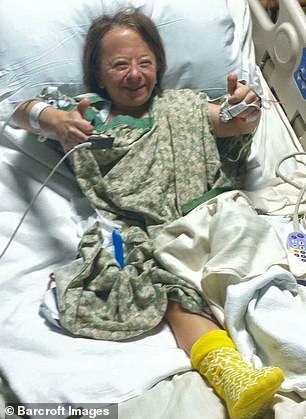 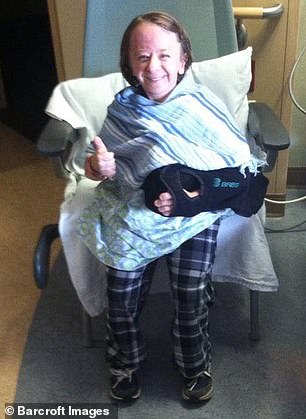 Helping hand: Six years ago, Monica gave a sample of her DNA to doctors researching the condition, and in October, they published an official article detailing the results

‘When I was a young kid, I noticed it a lot more – it bothered me a lot,’ Monica said.

‘I mean, people are always going to stare. But now I’m older, I try to educate those people.

‘It’s actually quite funny because I’ll have kids looking at me and they’ll see me with a cellphone or with my car keys and they’re like ‘you have a car?’ and ‘you’re allowed to have a cellphone?’

‘I always had an amazing support system around me too, which helped. My friends and family were always there willing to fight for me no matter what I faced.’

Monica’s mother, Margie Zaring, and aunt, Donna Kaelin, have always been her greatest support in life.

Margie said: ‘Monica is a kind, hard-working young lady. She is a wonderful family member.

‘Around the community, I’m known as “Monica’s mother'”, because people always remember her.

‘Monica is my fifth child. We had no idea that she would be born with any differences. It was a complete surprise.

‘It’s been a very interesting journey. Monica has been open to experiencing everything in life that is possible.

‘I’m very proud of her and appreciative that we have now discovered some major answers.’

Monica’s aunt, Donna, added: ‘I’ve been with Monica to little people conferences and doctor’s offices for many medical appointments to discover the cause of her being different.’ 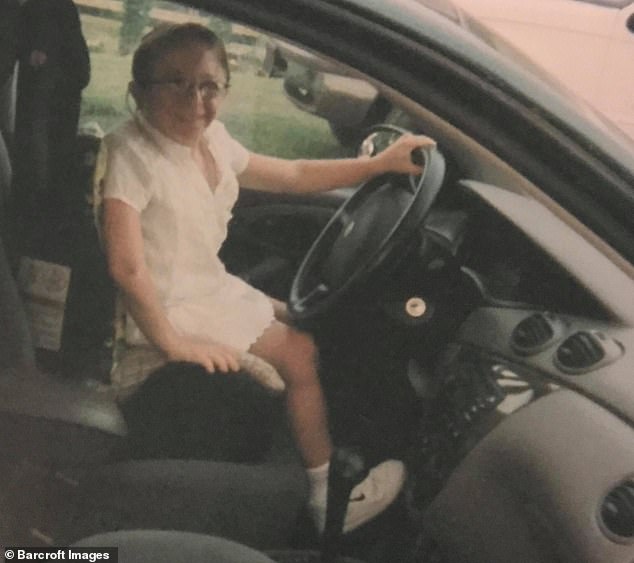 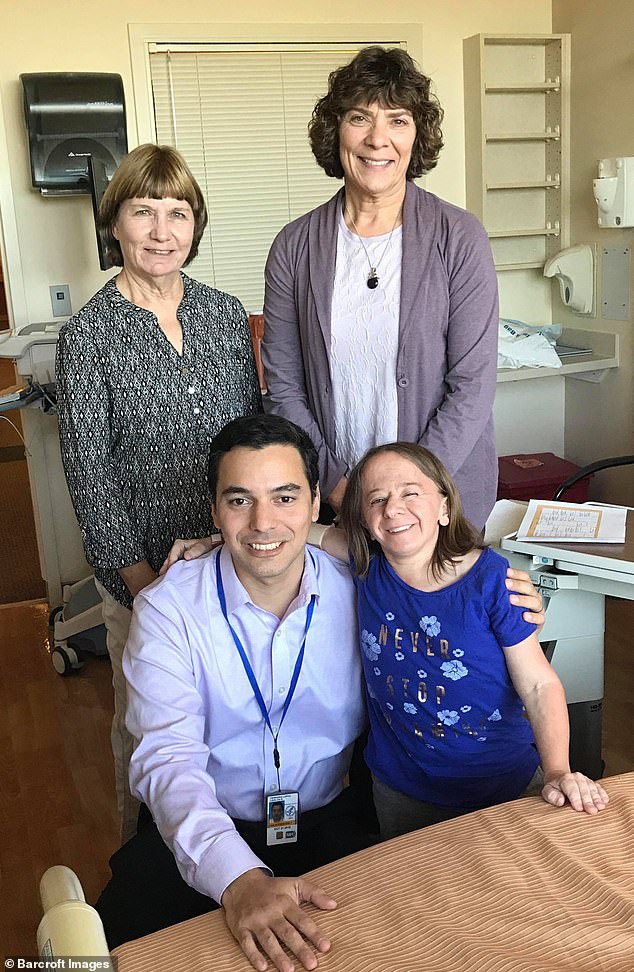 Survivor: Monica, pictured with her doctor, her aunt and her mother, has shared her research and experiences with Saul-Wilson Syndrome on a blog to help others with it 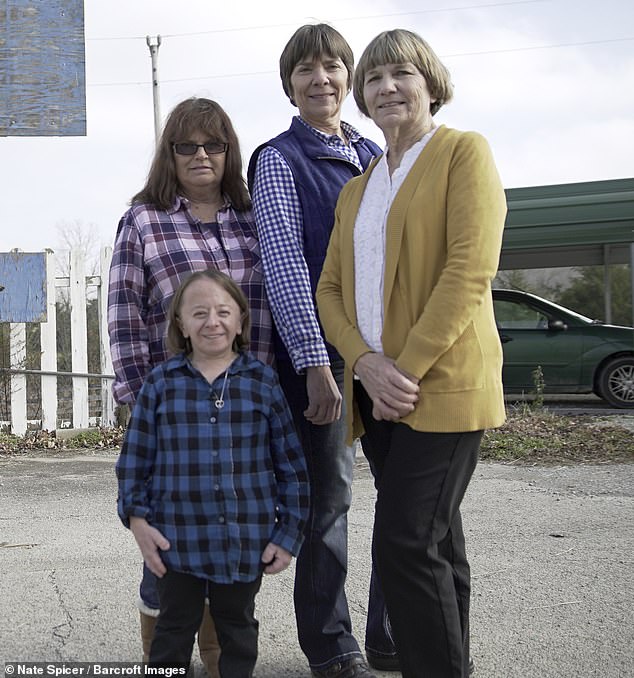 Future: ‘I feel happy to be who I am today,’ Monica, pictured with her family and friend, said

Whilst Monica’s mother and aunt took her to Little People of America Conferences and doctor’s appointments, her father stayed at home to tend to the family farm and watch over Monica’s four older siblings.

Donna continued: ‘I’ve watched her progress to being a pretty typical person in what she can do. Her confidence has improved a lot over the years.

‘And now, Monica has been instrumental in defining Saul-Wilson Syndrome and the huge process they went through to find the cause of it.

‘I think the world is a better place because of Monica Zaring and I think families all over the world will benefit from the fact that Monica was born.’

Monica is now using her online blog, littlepersonuniquelife.com, to help raise awareness about Saul-Wilson Syndrome to families around the world and anyone who is affected by the condition in the future.

‘I wrote my blog because I was tired of Googling Saul-Wilson Syndrome and never having those answers,’ Monica said.

‘I have never really known what the future might hold for me. But doctors kind of gave me reassurance for the most part of the next 10 years.

‘I feel happy to be who I am today.

‘For some people, reaching the age of 30 might not mean that much. But to me, it means 18 surgeries later, it means high school, a college education, working as an assistant manager.

‘It means me living the life I enjoy living.’