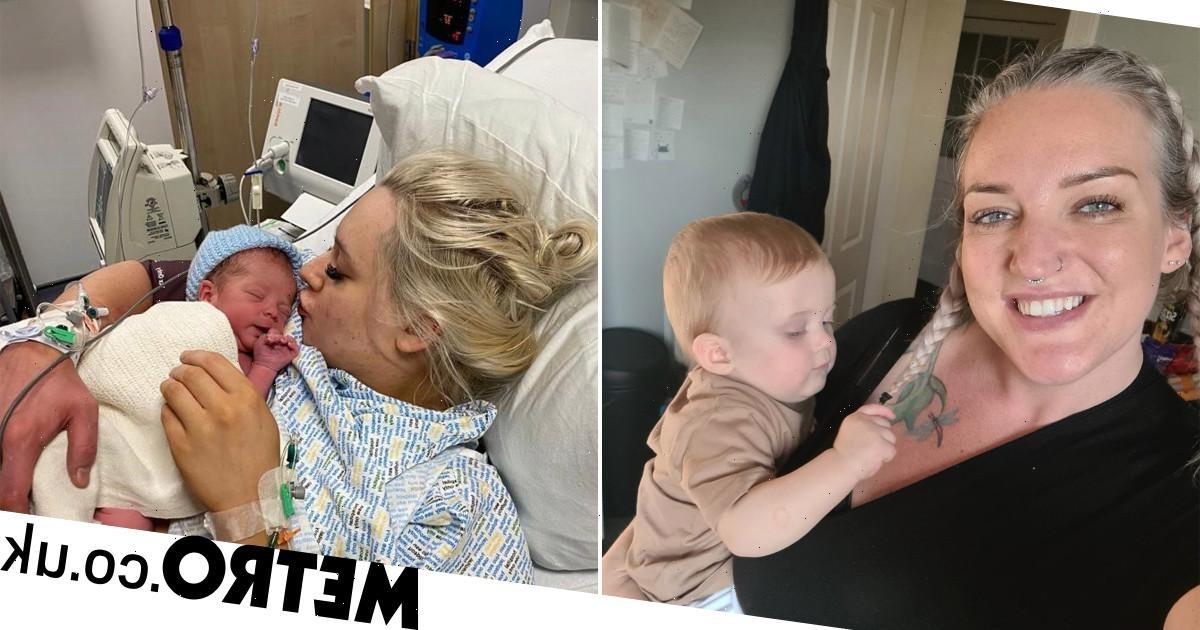 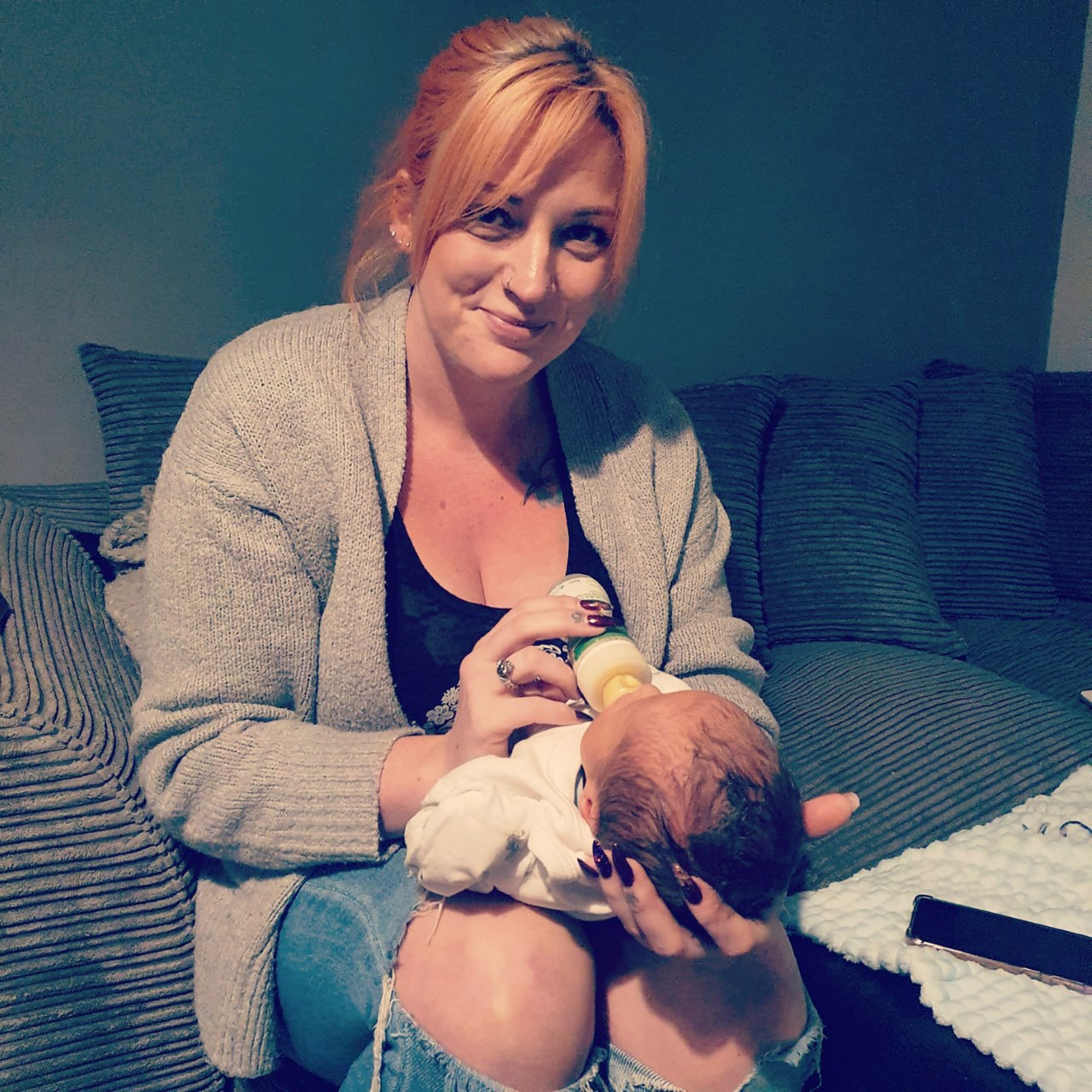 Rosie Morant, from Edinburgh, became a gran at the age of 34 after her teenage daughter gave birth to baby Rox in November last year.

The mum-of-two, now 35, welcomed her first grandchild after her daughter, Morgan, now 19, fell pregnant at the start of 2020.

While Rosie, from Edinburgh was always aware of the fact that there was always a chance she would be a young gran after giving birth to her own daughter at 16, she never expected she’d be only 34.

She now says that people think she’s Rox’s mother in the street, and that she doesn’t feel ready yet to be called grandma just yet.

Rosie said: ‘I had mixed emotions when I found out I was going to become a gran at such a young age.

‘I knew I would always be younger than most grandparents but I didn’t think it would happen so soon.

‘I was apprehensive and I had no idea what I wanted to be called to my grandson because I wasn’t comfortable with any of the terms.

‘It’s still yet to be decided too. I was quite keen on the term glammy but my daughter vetoed that idea.

‘I’m just not comfortable with being called granny yet.’

Although Rosie laughs at being mistaken for Rox’s mum, she understands where the confusion comes from, saying: ‘When I am out with Rox while looking after him people are always assuming he is my baby.

‘But I am totally not surprised because why on earth would they think I would be his gran?

‘Although I was nervous about the whole thing, it has been a really good experience and I am happy to take such an involved role in my grandson’s life.’

Rosie, who also has a 10-year-old son called Logan, was 15 when she discovered she was pregnant with Morgan and gave birth at the age of 16.

She says that the pregnancy came as a shock as it was extremely unexpected and unplanned.

The program planner added: ‘I was in turmoil about what I was going to do and I had little family support.

‘The relationship I was in was very unhealthy and it had ended long before I found out I was pregnant. But I decided to keep the baby and do it alone.’

Being a single young mum was difficult, and Rosie made use of the young mum’s unit at her school with a creche.

Her and Morgan’s closeness in age turned out to be a blessing in disguise though, and the two have maintained a strong bond.

‘As Morgan got older we developed a really close and open relationship,’ says Rosie.

‘We have a more sisterly relationship rather than mum and daughter.

‘We had lots of conversations about her life a babies weren’t on the radar and she didn’t want to make the same mistakes as me.’

When her daughter told her she was pregnant, Rosie admits to feeling upset as she knew first-hand how much of a struggle it was.

But Rosie was aware of how hard it was to do without any support and didn’t want her daughter to feel alone.

She said: ‘I wasn’t over the moon but I am glad Morgan knew she could talk to me.

‘I’d been through it myself so I knew how to support her. I’ve got that real-life experience.

‘Being a young gran has its positives as I am still fit and active and can run about after Rox and help out.

‘I love being so involved too because my daughter is still so young so I want her to still live her life and I can look after the baby when she needs it.’

Rosie called it ‘crazy’ that she’s a grandmother while her friends are having their first babies, but says that she wouldn’t change a thing.

‘I have enjoyed taking on the role as it’s not really been that long since I last had a baby, so I can still remember everything,’ she said.

‘It’s been bizarre to watch my daughter become a mum but she has been amazing.

‘She’s so natural and is not nervous or clumsy as most first time mums can be.’