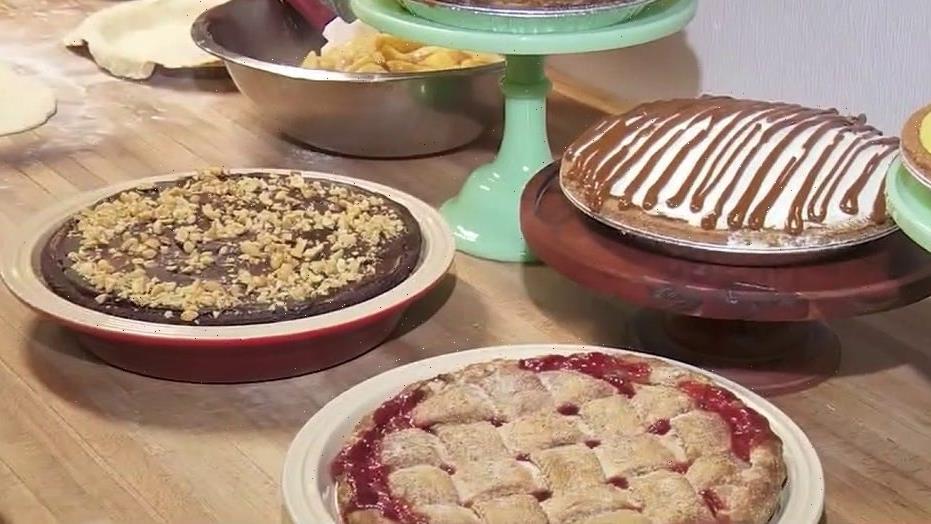 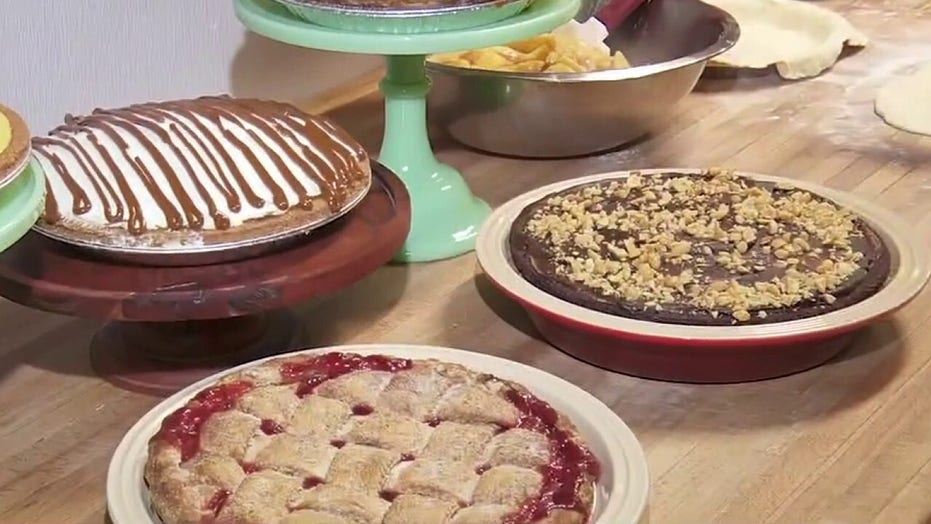 Author and chef Ron Silver of Bubby’s Restaurant prepares an apple pie, revealing what the ‘key’ for a delicious crust is on ‘Fox & Friends Weekend.’

National Rhubarb Pie Day is Jan. 23. While the edible stalk is in season in the spring, the relentlessly cold days of winter are the perfect time to make a sweet treat in anticipation of the vegetable’s harvest season – and warmer days! – ahead.

Since you can never have too many rhubarb desserts on the table, we’re also throwing in a recipe from Gershman’s book for rhubarb-filled cookies. These thumbprint cookies are inspired by Pauline Bondy’s blue-ribbon prize recipe from the Upper Missouri Valley Fair in North Dakota.

Whether you save these recipes for spring when you can pick up rhubarb at the farmer’s market, or have frozen rhubarb from last season (it freezes well for up to a year) and are ready to get baking now, we think these delightful desserts more than earned their blue ribbons. 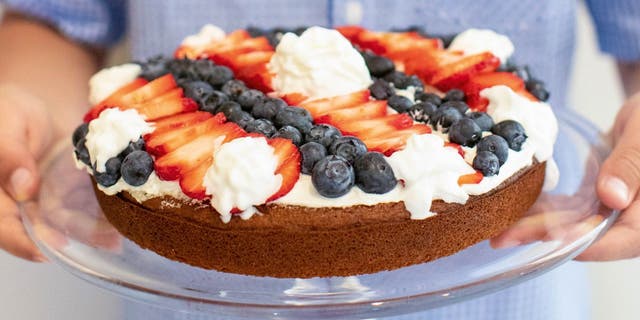 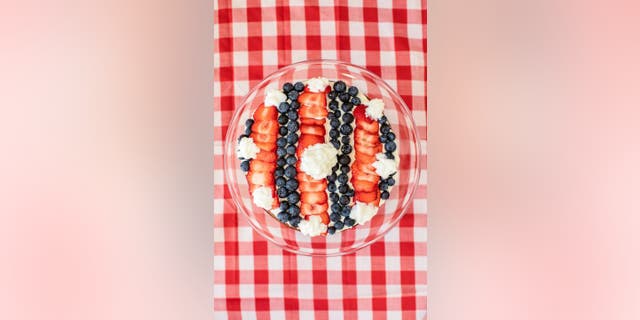 Liza Gershman’s Rhubarb Cake recipe is made with rhubarb sauce, raisins, walnuts and an assortment of spices.
(Liza Gershman)

For the rhubarb sauce:

2. In a medium saucepan, add rhubarb, sugar and water, and cook until tender and liquid. Cool before using.

5. Fold in raisins and walnuts. 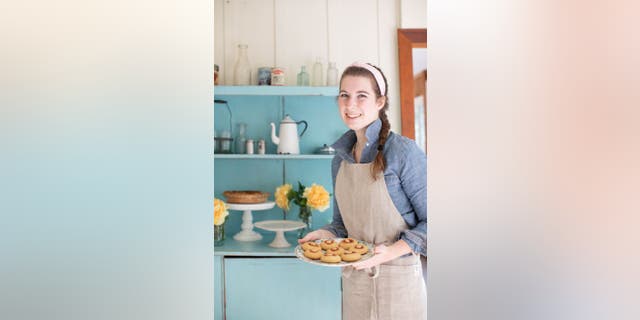 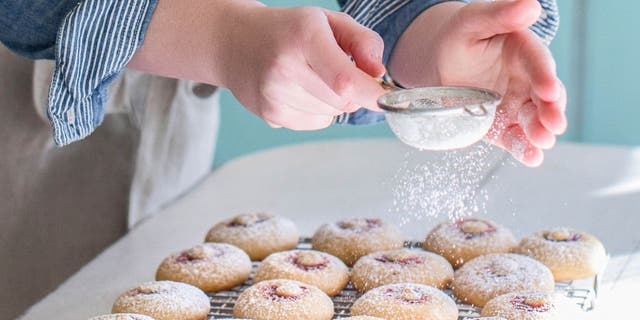 1. In a large bowl, cream butter and sugars until light and fluffy. Add eggs one at a time, beating well after each addition.

2. Combine the flour, baking soda and salt; gradually add to the creamed mixture and mix well. The dough will be sticky; use a rubber spatula to scrape down the sides of the bowl and gather it into a rough ball.

1. Combine rhubarb, sugar and 2 tablespoons of water in a large saucepan; bring to a boil. Reduce heat, simmer, uncovered, until thickened, stirring frequently, about 10 minutes.

2. In a small, separate bowl, mix cornstarch, vanilla extract and remaining water until smooth; stir into rhubarb mixture and bring to a boil, continuously stirring until thickened, about 2 minutes. Remove from heat and allow it to cool.

3. Drop dough by tablespoonfuls 2 inches apart onto ungreased baking sheets. Using the end of a wooden spoon handle, make an indentation in the center of each cookie; fill with a rounded teaspoon of filling, and add a little dollop of dough in the center of the filling. 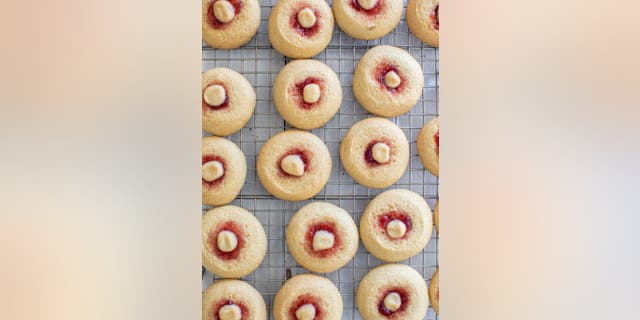 Liza Gershman recommends baking Rhubarb-Filled Cookies between 8 and 10 minutes in an over set to 375 °F.
(Liza Gershman)

These original recipes are from the cookbook “County Fair: Nostalgic Blue Ribbon Recipes from America’s Small Towns” by Liza Gershman from Images Publishing and was shared with Fox News.