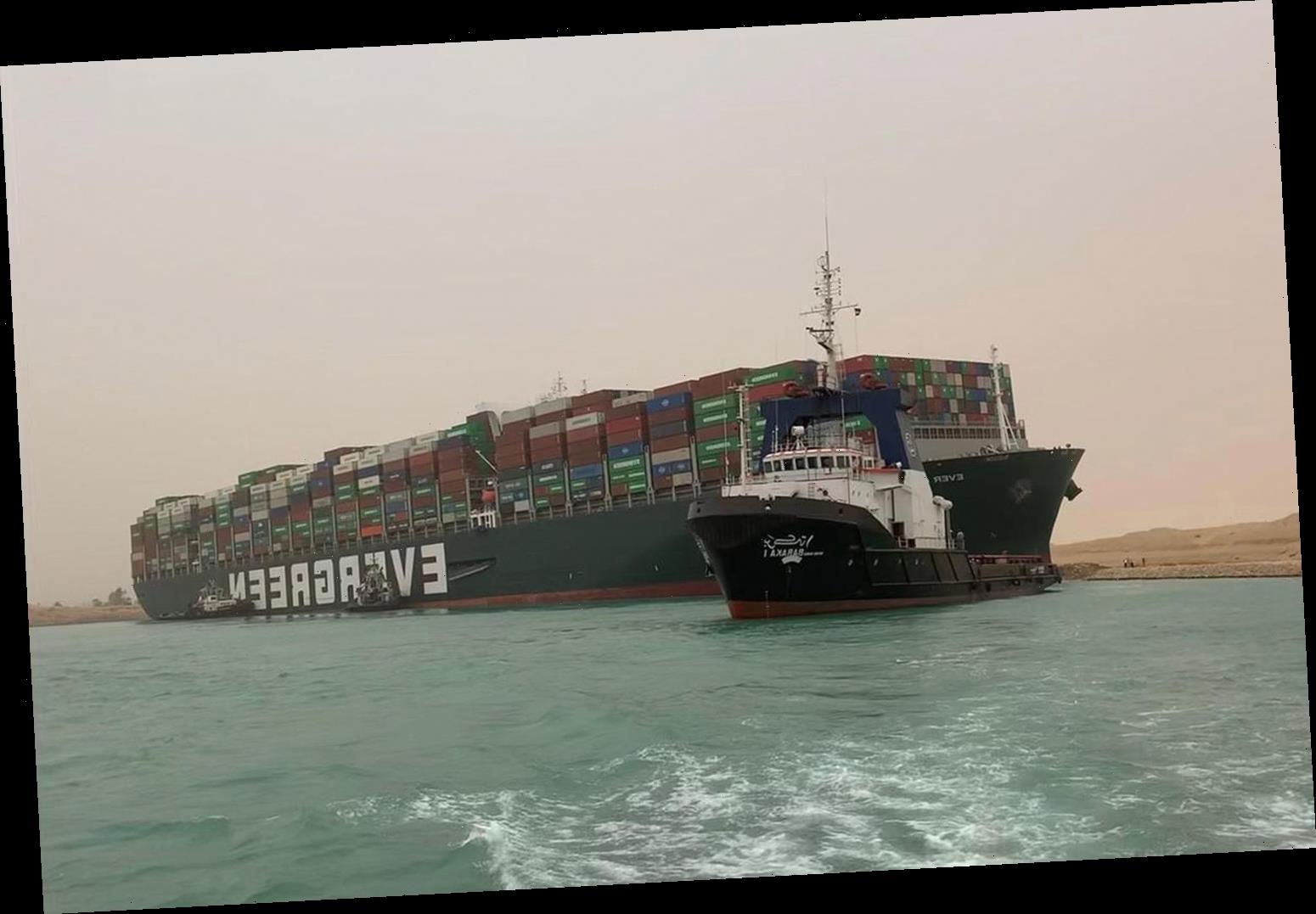 One of the world's busiest waterways was blocked on Tuesday when a colossal container ship accidentally became wedged across the canal.

The Ever Given, a skyscraper-sized vessel heading from China to the Netherlands, got stuck sideways across Egypt's Suez Canal, causing a traffic jam of more than 100 ships on either side of the waterway, according to the New York Times.

As the cargo ship was sailing along the canal, a dust storm hit the area causing limited visibility and heavy winds.

The storm caused "an inability to direct the ship," George Safwat, a spokesperson for the Suez Canal Authority, told the Times. At around 7:40 a.m. local time, the vessel became stuck, The Washington Post reported.

According to the Associated Press, the Suez Canal accounts for roughly 10 percent of world trade flows.

Salvatore R. Mercogliano, a former merchant mariner, told the AP that "the closing of the canal means no vessels are transiting north and south."

"Every day the canal is closed … container ships and tankers are not delivering food, fuel and manufactured goods to Europe and goods are not being exported from Europe to the Far East," he explained.

Experts noted that this is the first time they had ever heard of a ship getting lodged against both canal walls in the waterway's 150-year history.

Several tugboats tried to free the ship and crews on land brought equipment to try and dislodge the vessel.

By Wednesday, shipping agent GAC reported that the vessel was "partially refloated" and "is now alongside the Canal bank."

"Convoys and traffic are expected to resume as soon as vessel is towed to another position," GAC added in a statement.

Bernhard Schulte Shipmanagement, which manages the Ever Given, told the AP there had been "no reports of injuries or pollution" and all 20 crew members were safe following the incident.