A WOMAN’S outgrown fake nails have been branded ‘disgusting’ after she let her purple talons grow to obscene lengths.

A photo of her acrylics was shared on social media, showing the woman’s lavender-coloured nails, decorated with stars and large jewels. 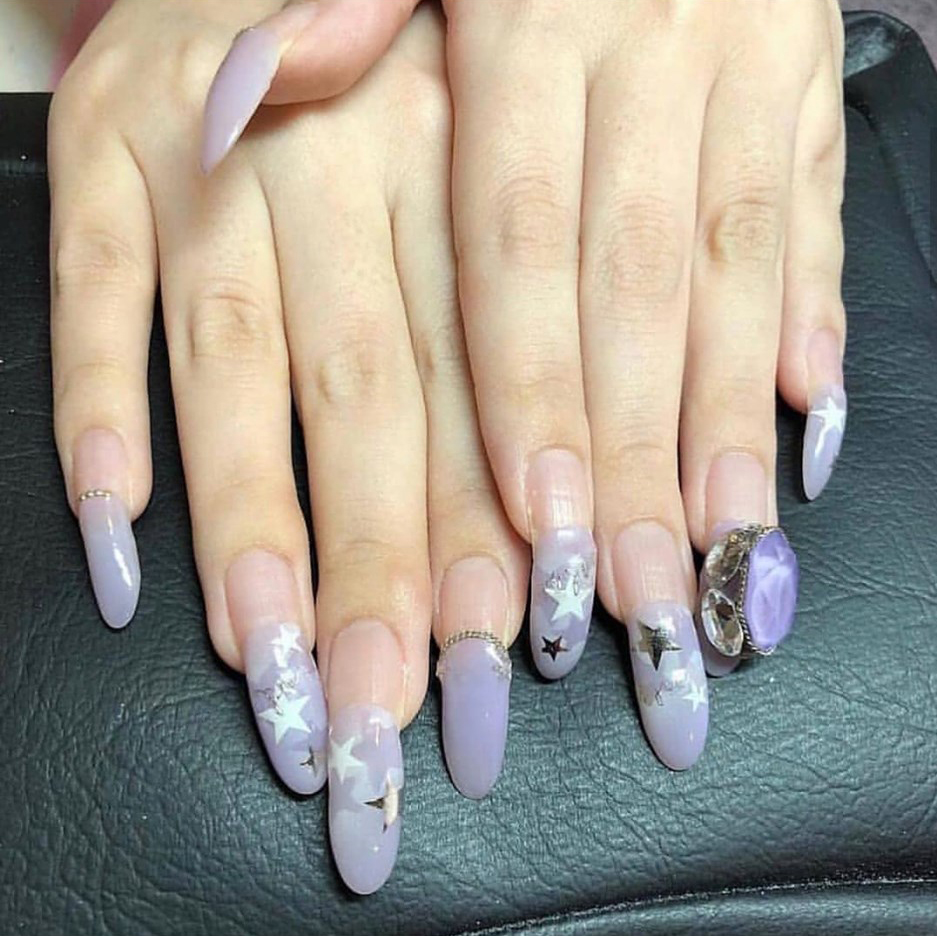 The snap was uploaded to Facebook group, That’s It I’m Nail Shaming, where people have branded her grown-out nails as repulsive.

The post has racked up more than 750 comments, with some people claiming they’re impressed at how long her nails have lasted without ripping off.

One person said: “She's lucky she hasn't taken a fingernail completely off that way!”

Another wrote that they were "thoroughly repulsed", while a third added: “Damn that acrylic stronger than a lot of relationships.” 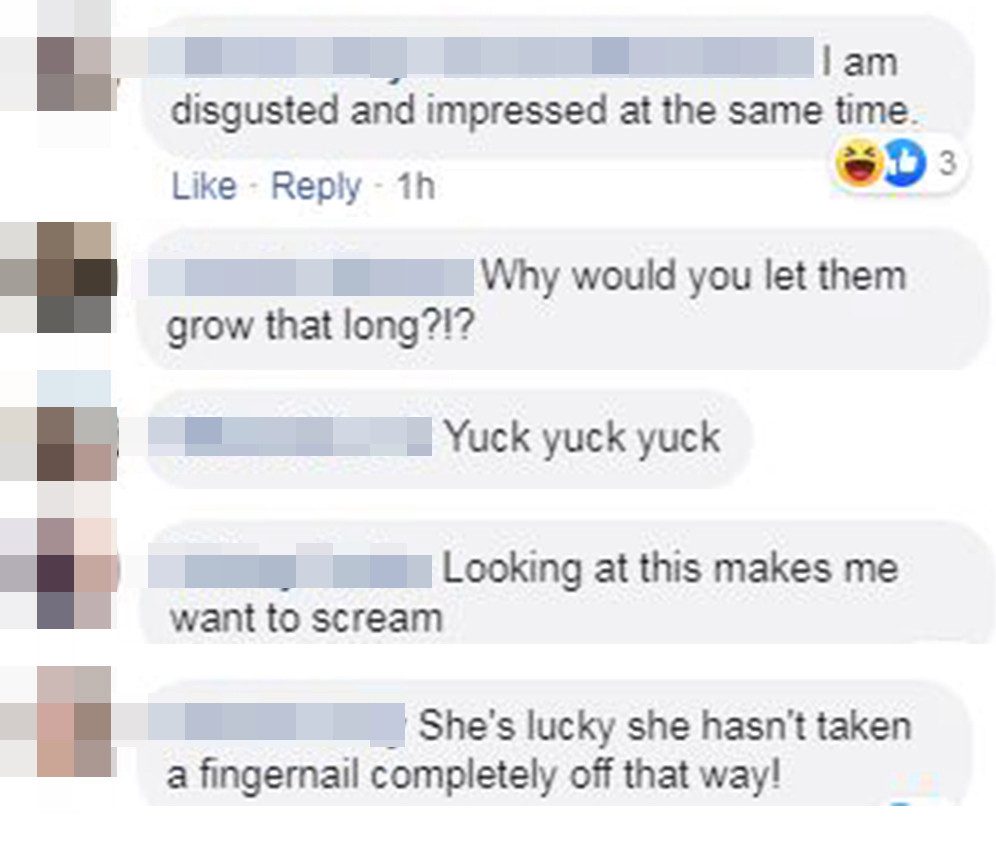 Meanwhile we recently revealed a four-foot willy pillow called Pierre is a hit with shoppers.

In more beauty news Aldi is launching a countdown to New Year calendar.

Plus you can treat yourself to an x-rated Xmas with Lovehoney's sex toy advent calendar.