A WOMAN with a £2,800 collection of sex toys claims they were the only thing that could make her orgasm when "nothing else would".

In a personal essay for Mama Mia, Australian sex columnist Nadia Bokody claims that she lost her ability to orgasm after she started on a course of antidepressants two years ago.

I used to believe sexual pleasure was something reserved for men. That my role in sex was essentially a performance; something I exchanged for a promise of ongoing love and security.⁣ ⁣ I used to sit on the toilet and wince after sex because my vagina hurt. It stung with rawness because I was never lubricated, so every penetration just felt like sandpaper. .⁣ I used to hide my body and my sexuality to avoid being labeled a 'slut' or 'attention-seeker'. My fashion sense was determined almost entirely by what I thought would gain me the most approval. ⁣ ⁣ Then, a few years ago I had an epiphany. Like; an Oprah 'ah-ha!' moment. I learned that sex could be fun and feel good and even be entirely selfish. I learned to speak up in the bedroom when something didn't feel comfortable, and to ask for what I wanted. I learned to explore my deepest desires. And on the way, I found myself.⁣ ⁣ I found a woman who was free in her body and her sexuality and didn't feel the need to censor herself anymore. I found a woman who learned that actually, she was worthy of getting what she wanted, not just in bed, but in life. That woman might not gain as many ticks of approval or be as safe from judgement as her former self, but she's living her truth. And that's worth every sacrifice it's taken to get here. ✌️

Understandably frustrated by the effect it was having on her sex life, Nadia confessed she had "become accustomed" to the "release" which follows an orgasm but instead felt "empty and defeated".

Fortunately, Nadia's boyfriend understood her frustration and suggested they fall back on her impressive collection of sex toys as only "a power tool" would be enough to "get her orgasm back". 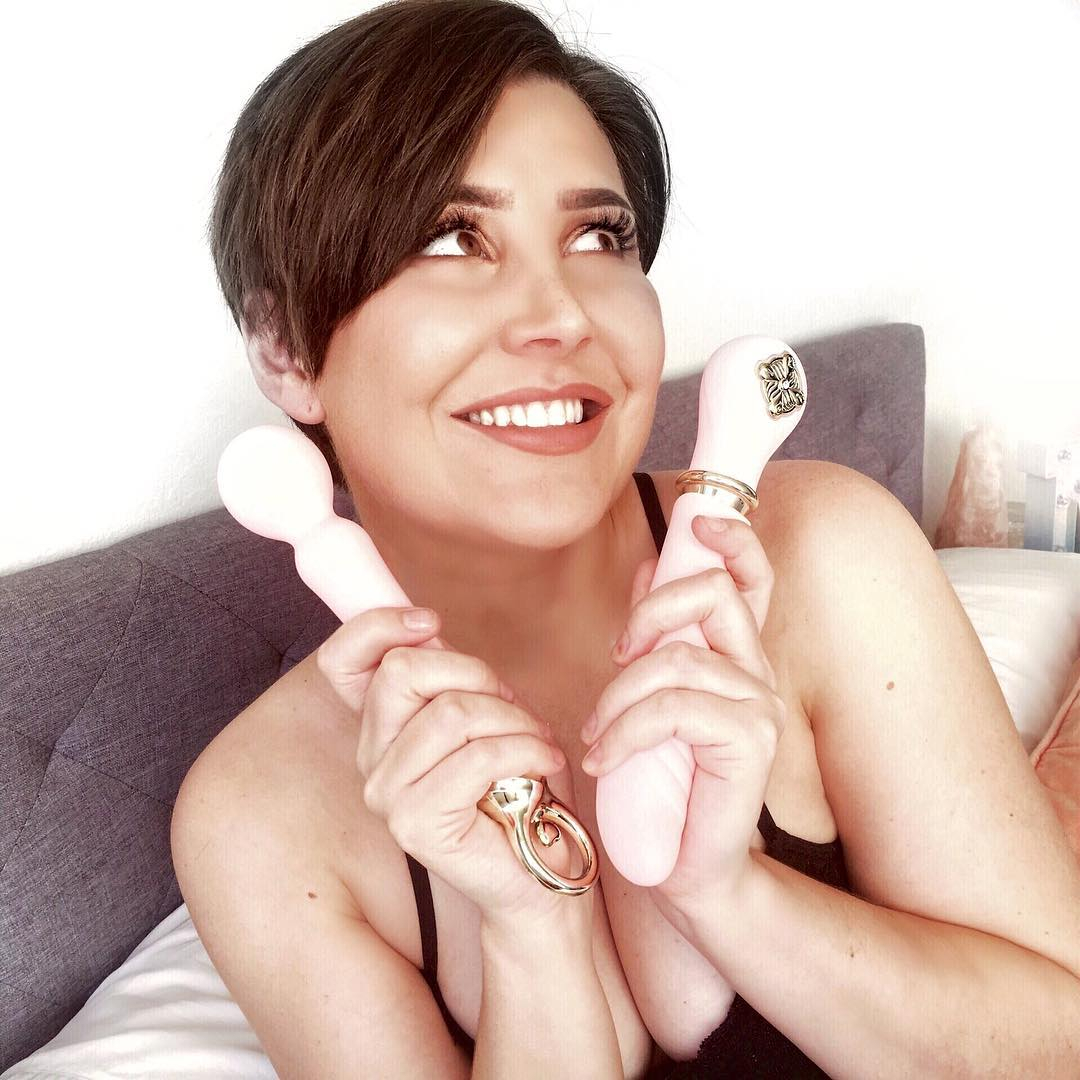 While it might sound like a mind-boggling amount of money, Nadia insists that it's just another way of looking after our health.

She added: "Why not nourish our sexuality and invest in a product guaranteed to bring us arguably more pleasure and mental health benefits than any house, car, or fancy dinner ever could?"

Luckily for Nadia, she was able to reclaim her orgasms with one of her favourite "clit-sucking" tools and says it reduced her to tears of relief the second time around.

Currently re-organising my sex toy collection. I have a LOT of toys (definite job perk!). Did you know you’re not supposed to keep sex toys forever? Silicone degrades over time, particularly when stored near direct sunlight or in warm environments, then your toy is no longer safe to use. You should ideally throw your toys out and invest in new ones every couple of years. If you want to extend the life of your toys, store them somewhere cool and dry. ?

And last week, the sexpert recalled how a condom had got STUCK inside of her for 24 hours after she slept with an "inexperienced" bloke.

In her YouTube series "Tales of a F**kgirl", Nadia says she had been infatuated with a British man in her office before the two ended up having the "most embarrassing sex" which resulted in them losing the condom.

And these colour-changing sex toys will show you how good your man is in bed.

Plus 'The Column' sex position is idea for a quickie – and it lets your partner stimulate every part of your body.