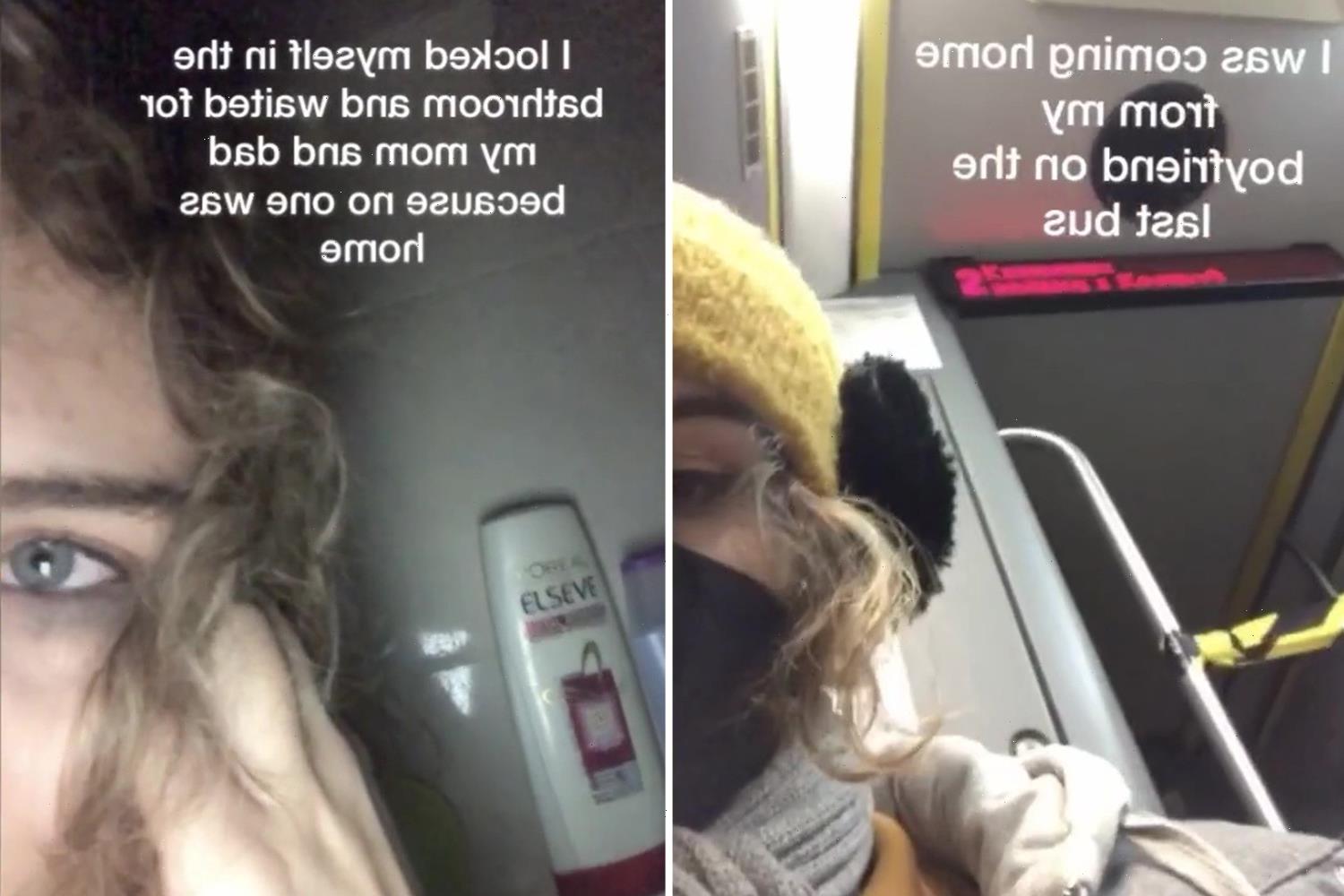 A WOMAN has shared the terrifying video she took after claiming that a man followed her home – but viewers were left questioning why she didn’t phone the police.

Karolina Juda took to TikTok where she shared the unnerving footage she captured while making her way home from her boyfriend’s house. 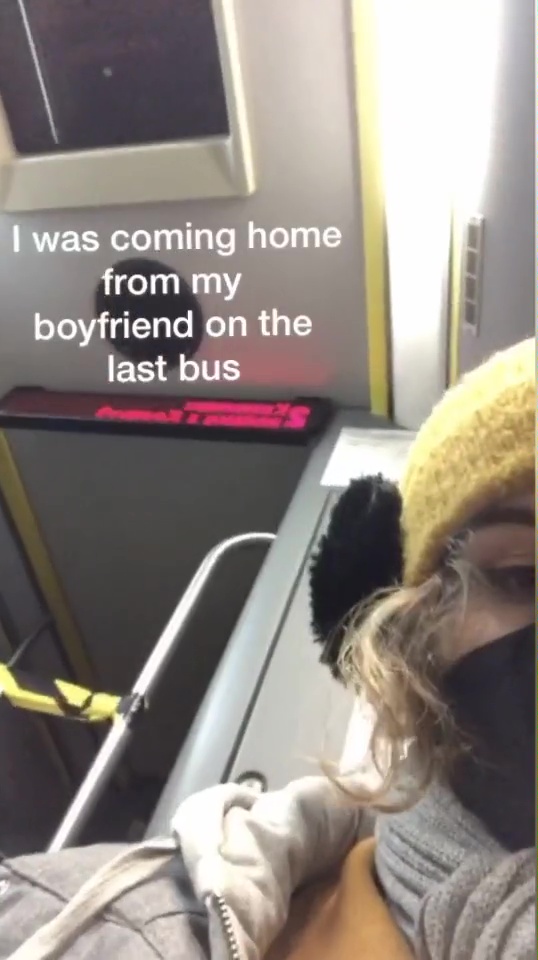 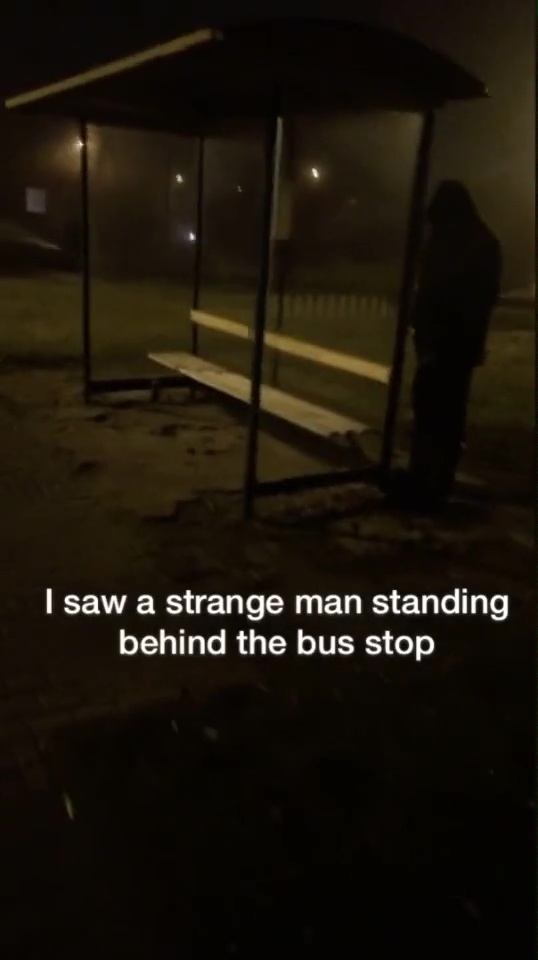 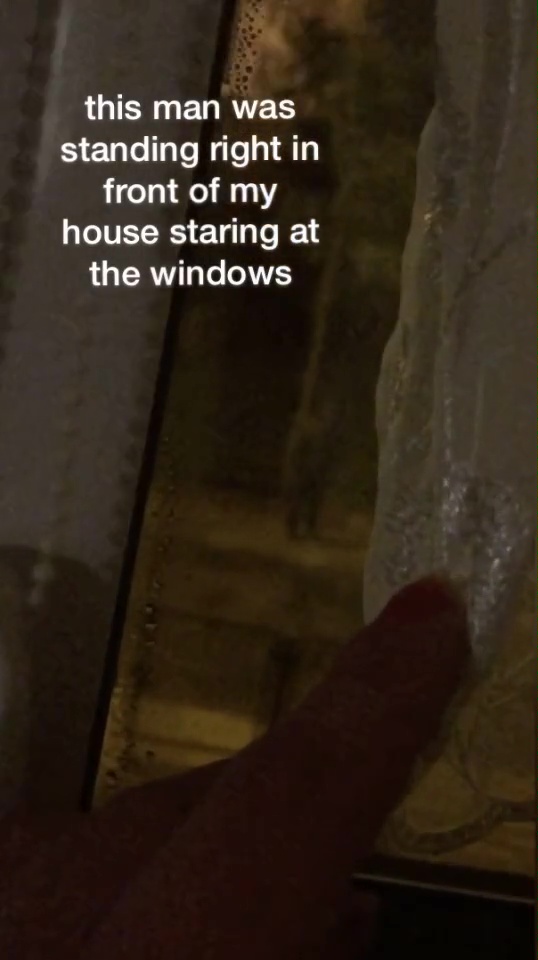 Captioning her video, she wrote: “The worst situation in my life when I came home at night.

“I was coming home from my boyfriend on the last bus. I saw a strange man standing behind the bus stop, but I ignored him.

“Moments later he started following me, I wanted to run but I was afraid he would run after me.”

The video shows the hooded figure walking at some speed behind Karolina as she makes her way home.

She continues: “He started to walk faster and faster. At one point he started shouting something so I just thought he was drunk.

“But he still followed me home. Around the bend I started to run all the way to the house, while I was entering the house I couldn’t see him anywhere.

“But 20 minutes later I heard the bell (we have it by the gate).

“I called my mom (but they don’t answer) very fast because this man was standing right in front of my house staring at the windows and began to move closer. At this point I had a panic attack.”

Karolina then shared the clips that showed the same man standing outside of her home, staring straight at her house.

“And the worst part of it all, he walked across the garden to the door and began to yank the handle,” she explained.

“I locked myself in the bathroom and waited for my mom and dad because no one was home.”

The video has received almost 20 million views, with many users asking Karolina the same question.

Commenting on the video, one wrote: “We gotta teach gen z what 911 is.”

“Call the police, don’t make a TikTok!” wrote another, while a third added, “There’s something called the police.”

Karolina defended filming her experience, explaining that the video she had could be used as evidence. 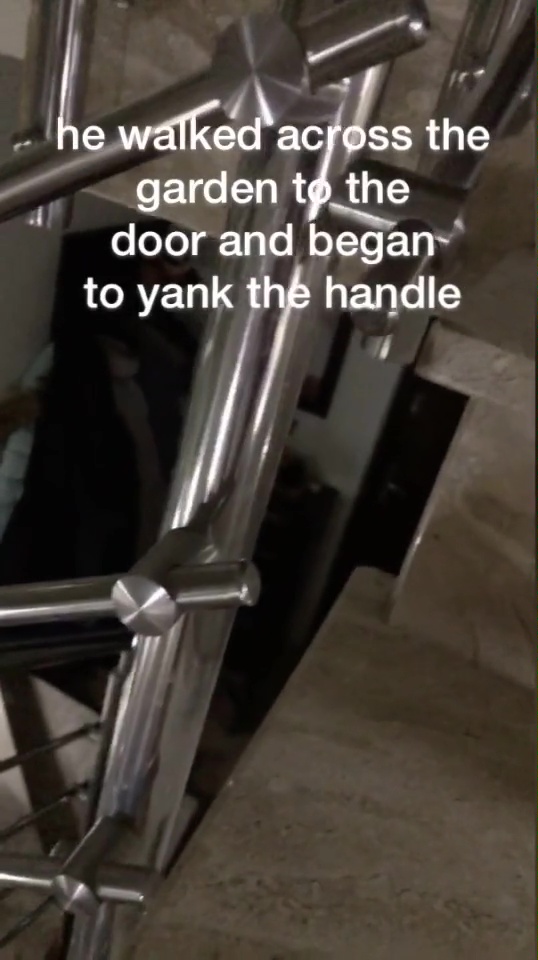 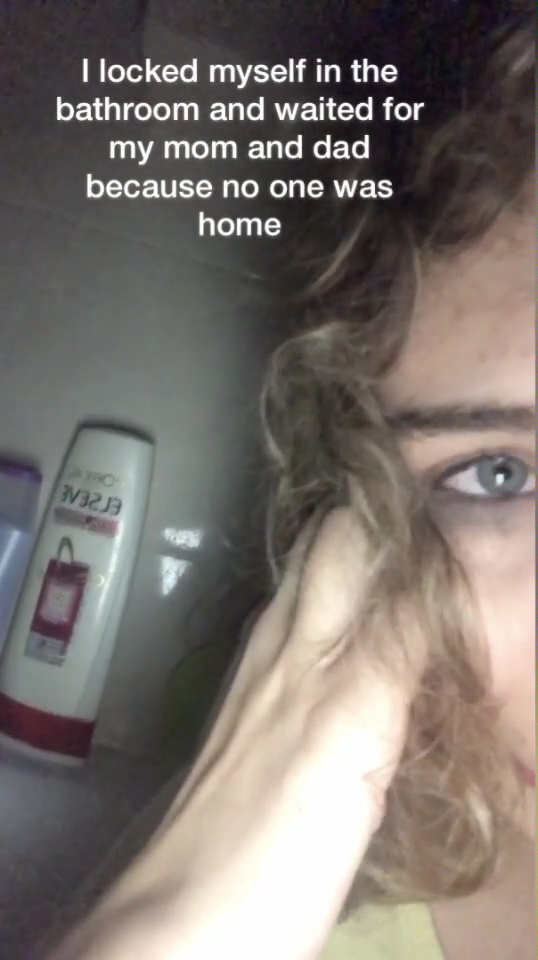