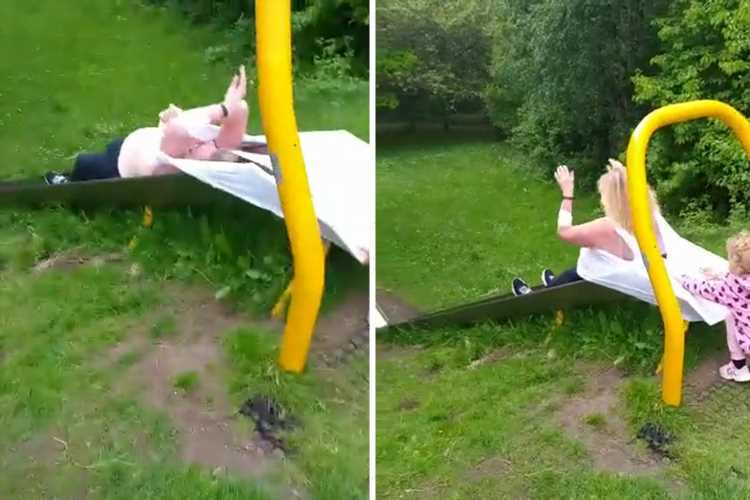 ANYONE who has had a bad day can't help but have their spirits lifted by this brilliant playground blunder that went viral on TikTok.

A woman who was playing with a three-year-old toddler was left red faced when she accidentally lost her top while going down the slide. 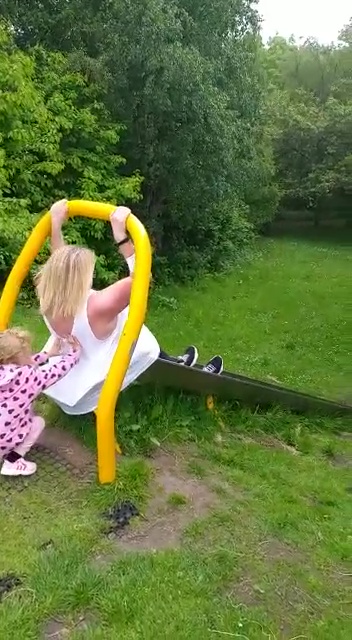 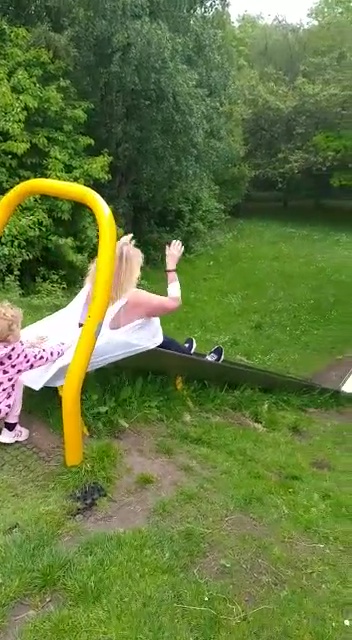 The aunty was in fits of laughter after her t-shirt got caught on the top of the slide as she slid down leaving it behind.

The hilarious clip was uploaded to TikTok by Lolly Hodge with the caption: "Aunt slide – can't stop laughing. Funnier every time."

In the viral video, the woman can be seen gearing up to slide down a decent length metal slide in a children's playground.

As part of the fun and games a tiny tot stood behind her ready to push her down the chute.

As she slowly inched further down the slide, it became apparent that her white vest top was caught on the top of the slide and so peeled off her body as it stayed in place and she moved down.

At this point the woman filming shouted: "You're top!" followed by uncontrolable laughter.

But the warning came too late as by this point she was already half way down the slide having relinquished the garment and revealed her bra underneath.

The little girl shouted after her auntie "naked!" in a sweet exclamation that won't have done anything to ease her embarrassment at the gaff.

The woman sat at the end of the slide in fits of laughter, unable to get up and retrieve her clothes following the hilarious incident.

People couldn't get enough of the You've Been Framed style clip and it has now been viewed more than 5.4million times.

One fellow TikToker commented: "I feel like the little girl knew exactly what she was doing."

To which Lolly said: "At three years old I'm MOST definitely sure she knew. I'm sure she's dreamt of pushing me every day!"

While another said: "Laughter is the best medicine."

And a third said: "This has made my morning, can't stop laughing. Thank you for sharing!" 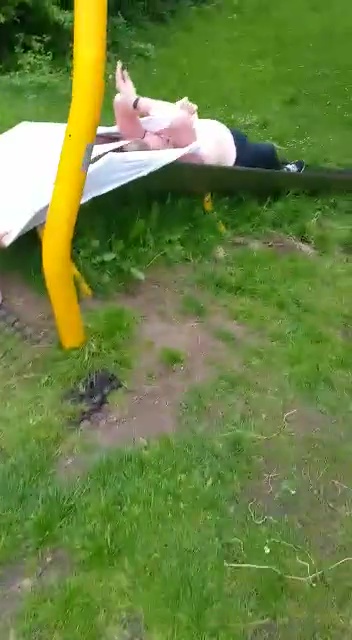 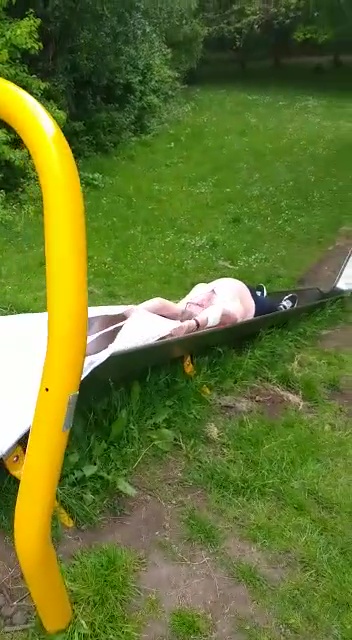 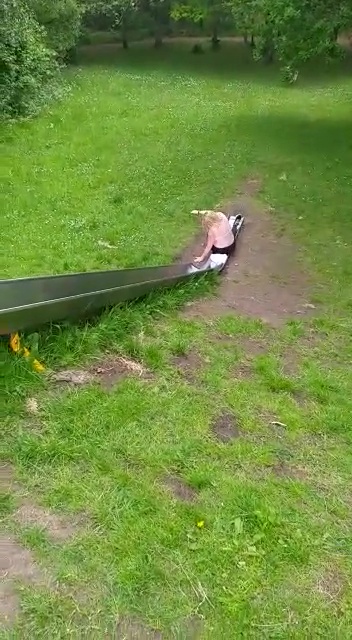 For more fashion fails, this shopper was baffled when she was sent a dress from In The Style and received a completely different item.

And this woman proved that that the Love Island underboob top doesn't work unless you have fake boobs.

Plus the woman suffered an awkward wardrobe malfunction on the London Eye and joked it was "doing her dirty".