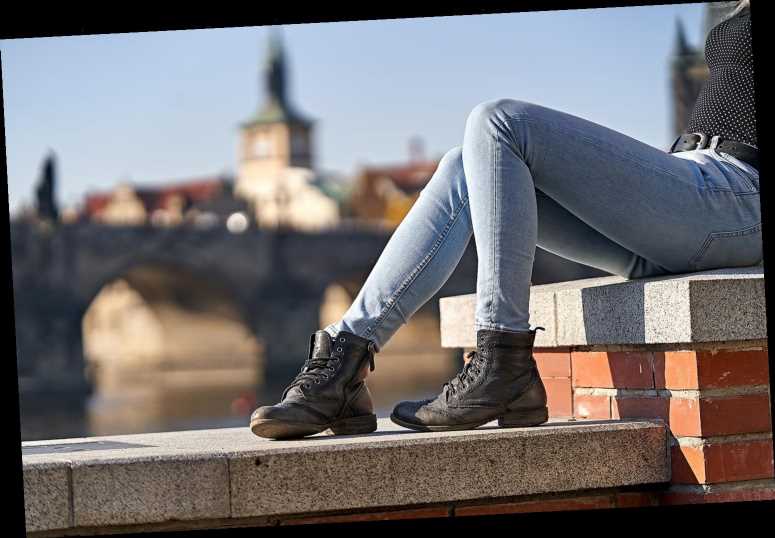 Attention millennials: Gen Z has spoken — on TikTok, of course — and side parts and skinny jeans are officially dead.

Over the past few weeks, the video platform's younger users have declared both trends outdated, uncool and synonymous with the stereotypical millennial. Instead, they proclaimed that middle parts and boot cut or straight leg denim styles are what's in style right now.

According to The Cut, this whole thing kicked off when Gen-Z TikTok user @Lady-Gleep made a video saying: "Prove me wrong, but I don't think there is a single person who looks better with a side part than they do a middle part." She then started the #MiddlePartChallenge by asking people to show their hair styled from a side to middle part to prove her point.

But millennials (which is the generation born between 1981-1996) are not letting the younger TikTok users bash their fashion. They're standing their ground, thus igniting a hilarious generational debate.

"If you're seeing this, you've made it to 'old' tok where we have side parts && high waisted skinny jeans to hide our fupas," one millennial joked.

"You think us old people are just going to sit by and let you dictate where we part our hair? I think not," someone else said in a TikTiok with the caption, "Well that escalated QUIKLY" written over it.

"And the skinny jeans? They're not out, they're in!" she quipped, adding: "Bellbottoms are out — they went out in the '60s."

A third user jokingly pretended to be hurt by the notion that she needed to get rid of her skinny jeans, before yelling "psych."

Another user made a slideshow of looks to "help" millennials understand what denim styles are in and which styles are out.

The debate has even crossed over to Twitter, where many users are pointing out that they've actually embraced middle parts in the past.

"Reading a lot about how Gen Z hates Millennials for our dumb side parts, as if middle parts were not a key part of our Proud Millennial Heritage," one person wrote with a photo of Home Improvement's Jonathan Taylor Thomas and Rider Strong of Boy Meets World fame rocking the iconic '90s middle part.

So what does this all boil down to? It's a tale as old as time — everything comes back in style again one day. The middle part (which was popular in the '70s and '90s) is once again coming for the side-swept look (popular in the '80s and '10s). Flared jeans from the early aughts are influencing today's boot cut craze.

Plus, with the power of TikTok these days, the cycle of trends as become faster and more powerful than ever. (Remember when Gen Z re-popularized Fleetwood Mac's 1977 song "Dreams" in a matter of days?)

If this has taught us anything, it's to remember — never become too attached to one hairstyle and don't be quick to throw out those old jeans!