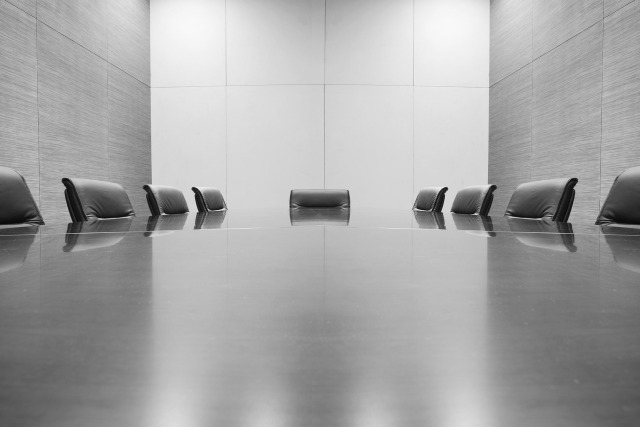 Fashion and apparel companies’ leadership ranks reflect a consistent phenomenon across corporate America. And the lack of diversity at elite ranks reflects the slow pace and rarity of promoting Asian leaders to top roles in the industry.

Even companies relying on workers and professionals from diverse backgrounds have executive team websites featuring a sea of mostly homogenous faces, a visual telltale that contrasts with professed commitments to diversity. Some prudently omit photos.

Of the 16 apparel companies listed among the Fortune 500, just a handful list C-suite leaders of Asian or Asian American backgrounds. None of those companies have chief executive officers of Asian descent, reflecting the ongoing hurdles for non-white executives in rising to the top office.

A 2017 survey by the non-profit Asia Society, which conducts annual surveys of AAPI corporate employees, found that 27 percent of the participating Fortune 500 companies had no Asian representation in the C-suite.

Data on corporate leaders in fashion who are of Asian origin is hard to come by. Consulting companies including McKinsey have yet to focus in detail on the ascent of this group of leaders, and the CFDA, which has said it is working with fashion brands on a number of diversity efforts, also doesn’t have breakdowns. Many apparel companies also still don’t have detailed breakdowns of diversity at their top executive level, though a review of the executive leadership team pages of more than a dozen of the largest apparel companies, including Nike, PVH Corp., VF Corp. and others show that leadership at these companies is overwhelmingly white and male, with a smattering of exceptions to that norm.

Stores Reopen for Shoppers in LA and NYC

“When you look at the population dynamics, and the way [Asian workers] are educated and moving into professional roles, that’s great,” said Umran Beba, the chair of Asia Society’s Global Talent and Diversity Council, and a partner with executive search firm August Leadership. Beba is also a former global chief diversity officer at PepsiCo. “But we don’t see them promoted in the same fashion in the same speed to the next level to senior roles.”

The Asia Society survey also identified a pattern in corporate America where executive ranks had a significantly smaller percentage of Asian leaders in proportion to the overall number of Asian employees at the company. In a number of tech companies in the survey, for instance, Asian employees comprised 27 percent of the workforce but just 14 percent of executives, according to the Asia Society Survey. The survey did not include a breakdown for the fashion industry.

These figures may suggest some apparent contradictions for a group in America seen as well-educated and affluent. But that problematic perception is partly a function of a diverse group of people often being lumped together in the popular discourse — there are dozens of ethnic groups and nationalities under the AAPI umbrella — and viewed narrowly through the lens of the model minority stereotype. It also reflects U.S. immigration policies that allot visas for many Asian immigrants for the purposes of higher education or for work in STEM and finance fields.

“There’s just an immense lopsidedness,” said Bing Chen, president and cofounder of the non-profit Gold House, referring to the lack of Asian representation in corporate leadership. “It’s problematic from a commercial standpoint, because, as you know, AAPI in this country are a fast-growing population…In terms of the cultural reasons, there’s not only an imperative for companies’ leadership to reflect our consumer bases, but also to [elevate us] because of our creativity.”

Gold House works to advance Asian representation in corporate leadership ranks through its founder network, its “Gold Rush” accelerator program, and an angel network, all of which aim to connect Asian entrepreneurs with business development opportunities, help fund their start-up ventures, and improve their representation on corporate boards. A study issued last year by Deloitte’s Center for Board Effectiveness and the Alliance for Board Diversity found that as of 2018, executives who identified as AAPI held only 3.7 percent of board seats at Fortune 500 companies, a small increase from 2.1 percent in 2010.

The Gold Rush accelerator program focuses on fashion, beauty, food and beverage ventures, in part because the program has been driven by Michelle Lee, editor in chief of Allure, designers Prabal Gurung and Phillip Lim and others.

Gold House’s focus on entrepreneurs and Asian start-ups is an intentional strategy to elevate Asian representation in the business world, where the paths up traditional corporations are still slow and narrow for people of color, said Chen.

“Candidly, waiting for a single spot at the top of a Fortune 500 [company] is going to take years,” he said. “Whereas, if you found your own company, you’re the C-suite from Day One…And on average, it takes a start-up seven to 10 years to IPO or exit — so within seven to 10 years, we have a whole legion of C-suite executives.”

Meanwhile, a number of traditional fashion corporations have made public moves to jump-start their own diversity initiatives. Their declarations to do better came amid widespread national protests last summer over systemic racism, especially against Black people in America, after the murder of George Floyd, who was killed one year ago by convicted former Minneapolis police officer Derek Chauvin.

Levi Strauss & Co., for instance, disclosed last June that less than 2 percent of its executive leadership was Black, and, in November, the jeans brand appointed Elizabeth Morrison as its new chief diversity officer. At the time, Levi’s said that Asian employees make up 10 percent of its overall U.S. workforce and 23 percent of its corporate staff, but didn’t include data on the group’s representation in its executive ranks.

Morrison has said since then that the company hasn’t made significant shifts in its demographic representation across the company during the pandemic, but that it is “committed to ensuring that 50 percent of those interviewed for any [Levi’s] job are diverse candidates.”

In response to questions on how Levi’s is thinking about improving diversity in its succession planning efforts, Harmit Singh, the company’s chief financial officer, restated that goal.

“We know that companies are stronger and more successful when they are diverse and inclusive, and reflect their consumers,” he said in a statement to WWD. “One of our biggest focus areas is valuing diverse talent and have put new programs into place over the last year to recruit, hire and promote more people of color at all levels of the company.”

Some companies, including PVH Corp., have issued targets. The company has said that by 2026, it plans to increase the number of Black, Indigenous and people of color at its senior vice president level and above by 50 percent.

“We are working to deliver on our goals through diverse representation in our recruiting, development, succession planning and retention activities,” the company said in a statement.

Beba of Asia Society and August Leadership, who observed that companies tend to make public diversity commitments amid news cycles around discrimination of various minority groups, said change in the corporate world overall is likely to be slow.

“It is going to be a long journey,” she said. “It’s a matter of companies, non-profit organizations, even the education industry, working together to make this happen.”