A FORMER contestant has revealed what it's really like to star on Naked Attraction – and she was asked to do a handstand naked on camera.

Millie Norris, from Newquay, Cornwall, appeared on the fourth series in November 2018, when she was 24. 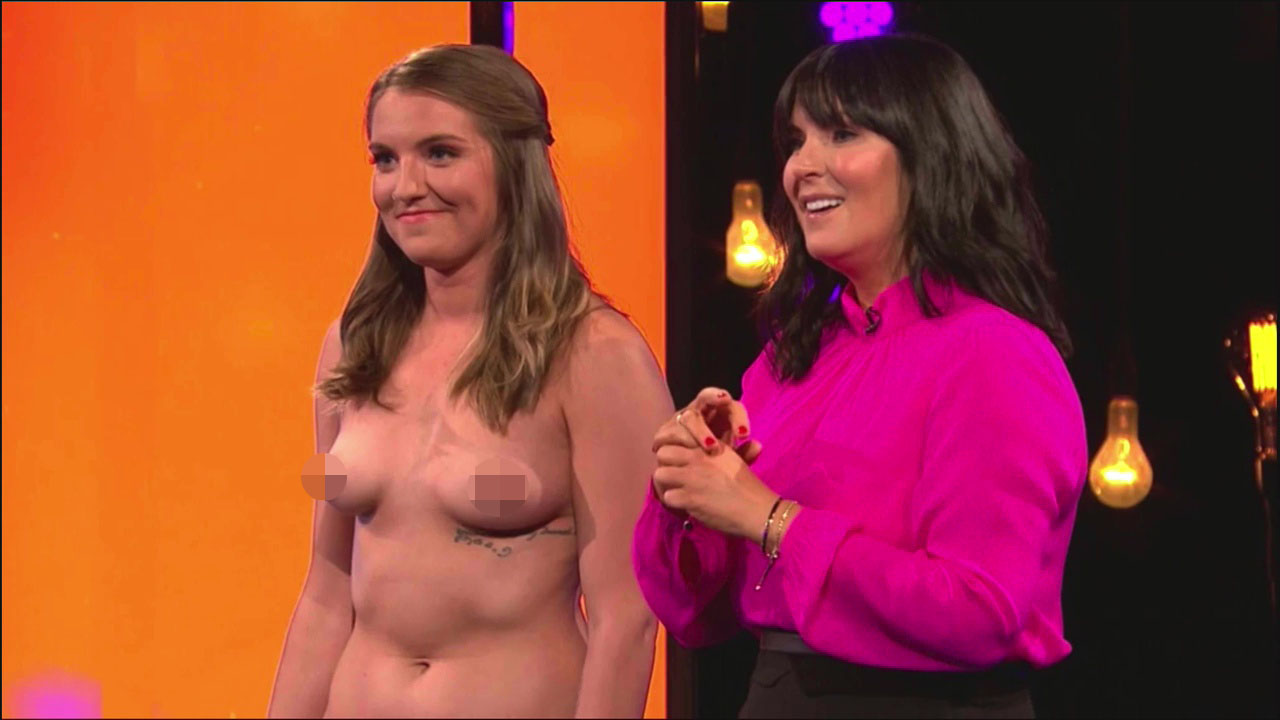 Speaking to Fabulous, she said: "I'd just broken up with an ex-boyfriend, so I was single and thinking ‘what’s out there?'

"I saw an advert on Facebook and thought ‘I’ll apply for a bit of a laugh, I probably won’t get on but it would be funny’. It just spiralled and I ended up being on the show."

Two months after applying, in May 2018, Millie was stark naked filming in Naked Attraction's studio.

Now 26 and loved up with golf course groundsman Craig Thomas, 30, who she met in a pub, Millie also opened up about being trolled for her bikini line shaving rash and said contestants don't get paid, although she did manage to pocket £40. 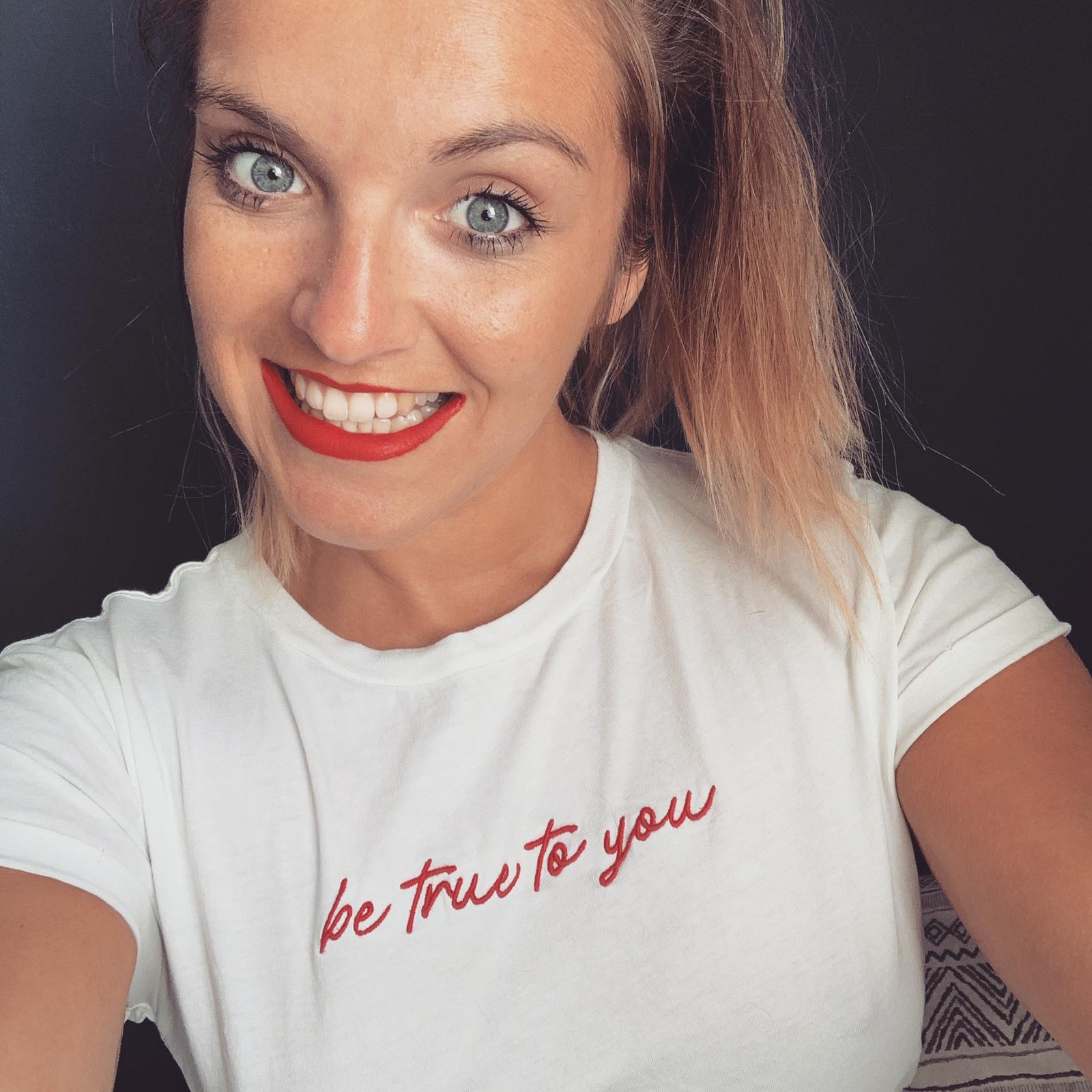 Millie – who works as a waitress, sales administrator and in a sunbed shop – was the 'picker', faced with six naked blokes, who are revealed from their penis upwards.

After filling in a basic questionnaire in March and answering some questions over the phone, Millie was called for an interview in Manchester on April 7 – when she was first asked to strip off.

She said: "It was me and two people in the room, one was a man who filmed me to see how I was on camera.

"They asked me some questions then asked me to get unchanged. Then they ask you more questions while you’re sat there naked for a good 10 or 15 minutes.

"At the end, they asked ‘have you got a special talent?’ I said ‘sorry what?’ and they said ‘quite a lot of people do handstands’.

We were in the studio for three to four hours, sometimes they stop and start filming. At one point, I complimented everyone’s body apart from one, so they stopped the show and said ‘can you make sure you talk about his penis?’

"They said it's quite common for people to stand there naked and do a handstand but I said ‘I am not doing that’.

"I hadn't expected them to ask me to get naked on camera in the interview, I don't think that was mentioned to me before.

"I was happy doing it, I'm not a shy person, but it was weird.

"I stupidly wore black skinny jeans so they got stuck around my ankles, I was stood there for ages trying to get them off, saying ‘sorry!’ That was quite embarrassing.

"It’s not very often you stand naked on camera, speaking to random people.

"But they made me feel really comfortable and it’s their job, they’ve seen so many naked people by now so it’s normal to them." 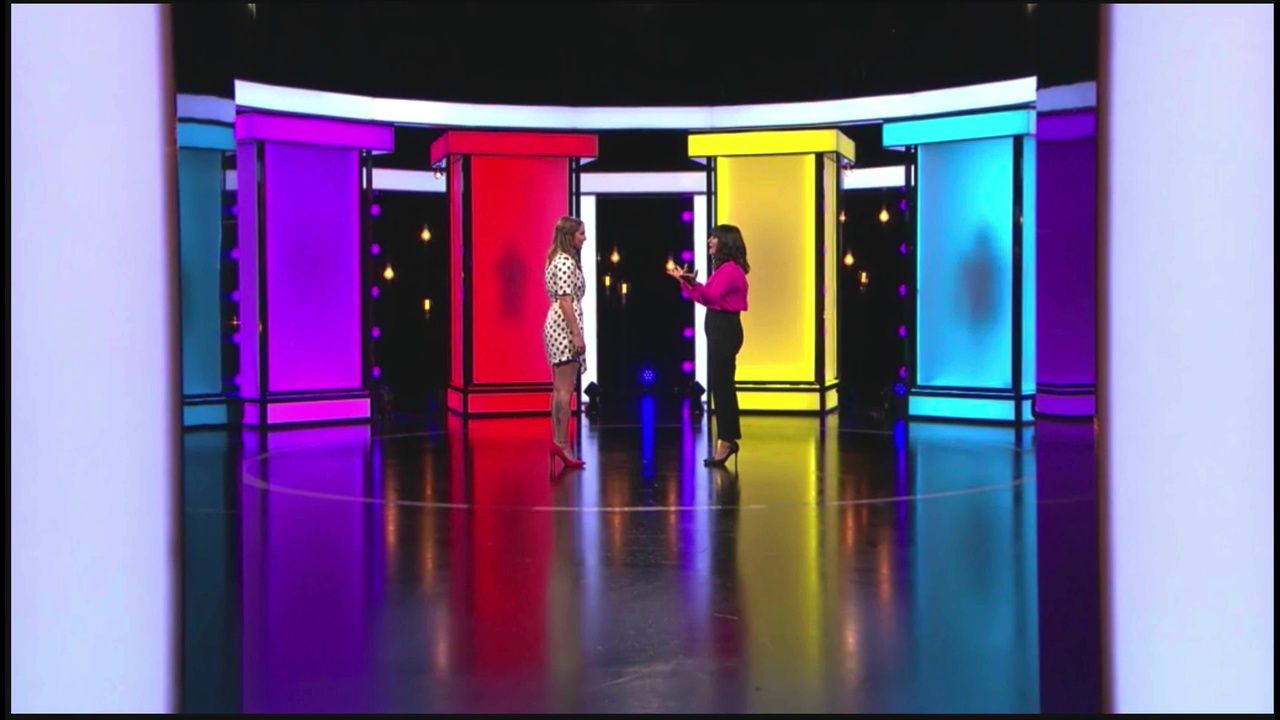 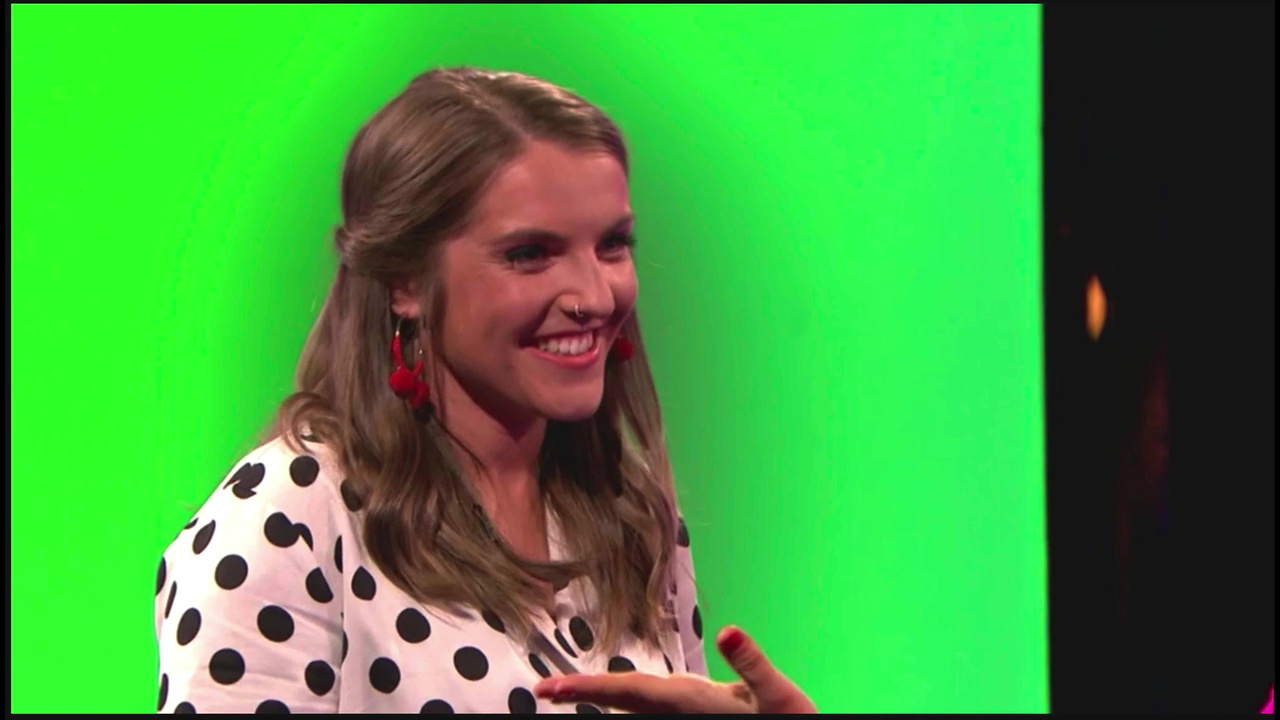 After passing the in-person interview, Millie took another phone call, where she was asked "in depth" all about her sexual preferences, embarrassing bedroom experiences and turn-ons and turn-offs.

She said: "They went through every body part, which was a bit weird.

"I told them my celebrity crushes were Channing Tatum and Ryan Gosling. Then they asked ‘what do you like in bed?’ and I said ‘I like handcuffs, being tied up and dominated’.

"They asked if I had any embarrassing sex stories but I couldn’t remember any on the spot." 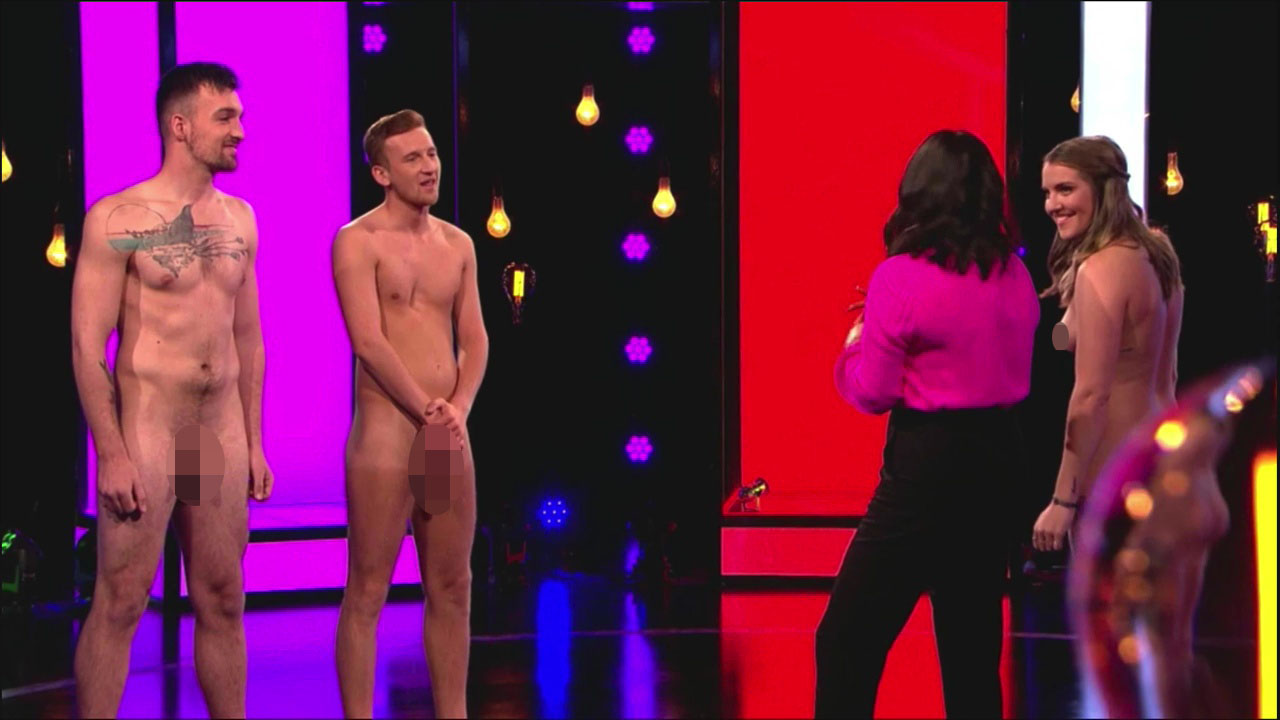 Millie told the crew she was after someone trimmed but "not too muscular", who was taller than her at 5ft 5ins in heels, and would be happy to have the odd chocolate binge.

She admits part of the appeal was getting to see her date's manhood before committing.

She said: "For me, sex is quite important, you need to be attracted to them and have a good passionate sex life.

"So it’s good to get seeing the penis out of the way early on. It was quite interesting seeing all the different shapes and sizes, you can't help but judge.

"To have six people stand there naked in front of you, you can have a proper look because it's the first thing the pods reveal.

"Penis size isn’t all that but I think every woman likes to have a slightly bigger penis. And I wouldn't want a guy with a hairy back."

I hadn't expected them to ask me to get naked on camera in the interview, I don't think that was mentioned to me before. They asked if I wanted to do a handstand

Millie filmed her show on May 3, saying: "It was a very quick process, I only got about a week's notice before filming.

"Before you go on as the picker, they run through the points they want you to mention and the questions they’re going to ask you on TV, but it's not scripted.

"They said prompts like ‘can you remember to bring up someone's wrist size so we can talk about how you like handcuffs?’

"We were in the studio for three to four hours, sometimes they stop and start filming. 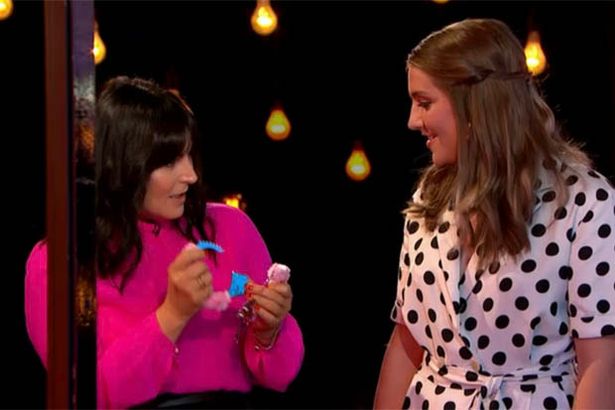 "At one point, I complimented everyone’s body apart from one, so they stopped the show and said ‘can you make sure you talk about his penis?’

"I felt quite sorry for the guys because it’s not warm in there. I remember my date saying ‘it was cold so I was getting nervous’.

"One of the guys on my show kept touching his penis when it was exposed, that was off putting. He was probably trying to keep it warm.

"I was wearing a polka dot playsuit the crew provided, they asked me to bring up clothes but I guess they didn't like any of my options, so they gave me something to wear. 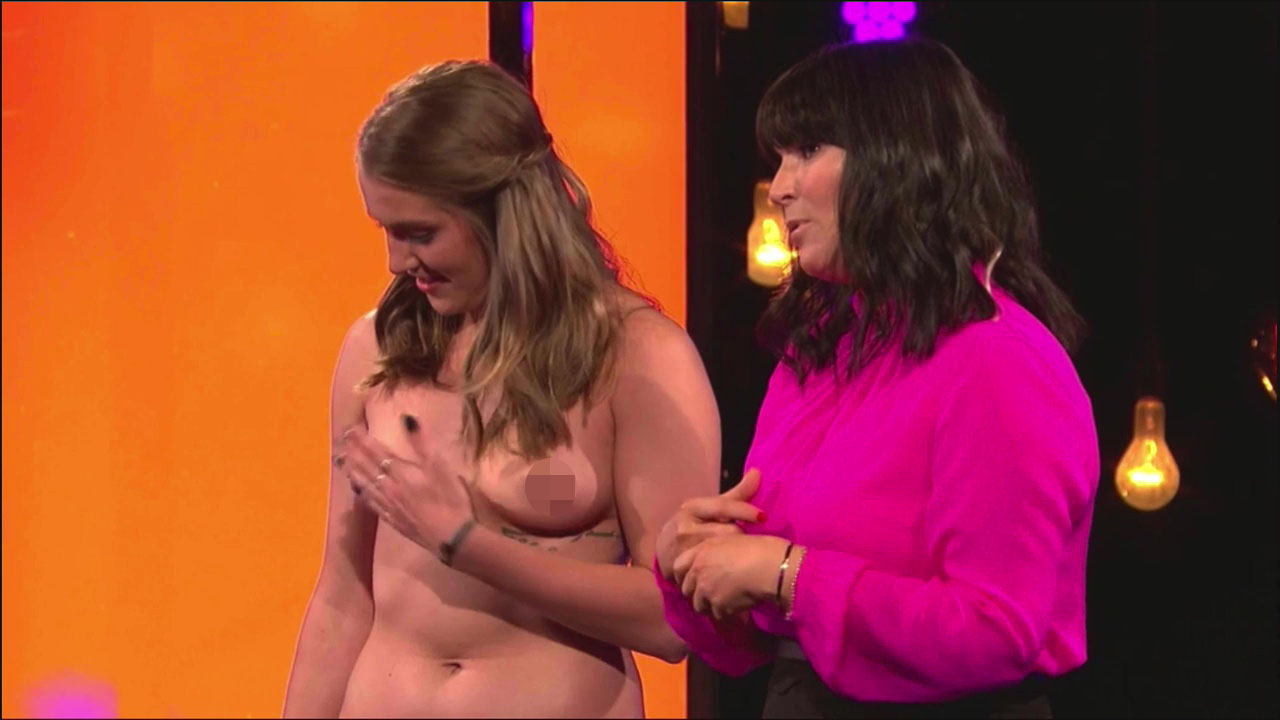 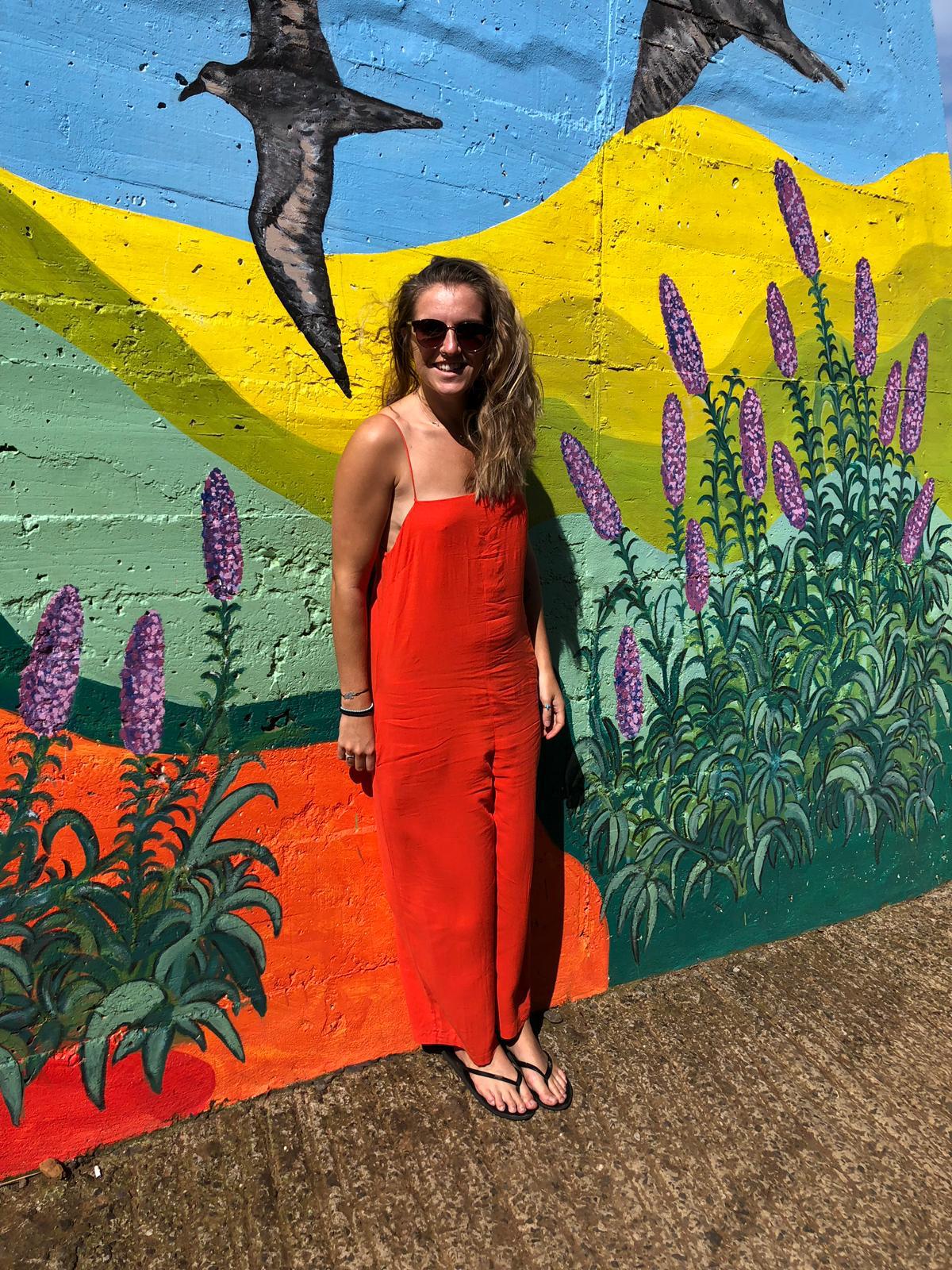 "When it was my turn to get naked, I got quite nervous while I was backstage waiting to come back on.

"I thought ‘this is my time, how shall I walk, what if I trip, shall I breathe in?’ just stupid little things.

"As I walked out I had two guys eyeing me up and down, as guys do, they're naked too but all the attention’s on you then.

"I remember Anna Richardson saying ‘Ben, what do you think about Millie’s body?’

"I was only naked for about five or 10 minutes. They also film a turnstile of you naked, that was a bit weird." 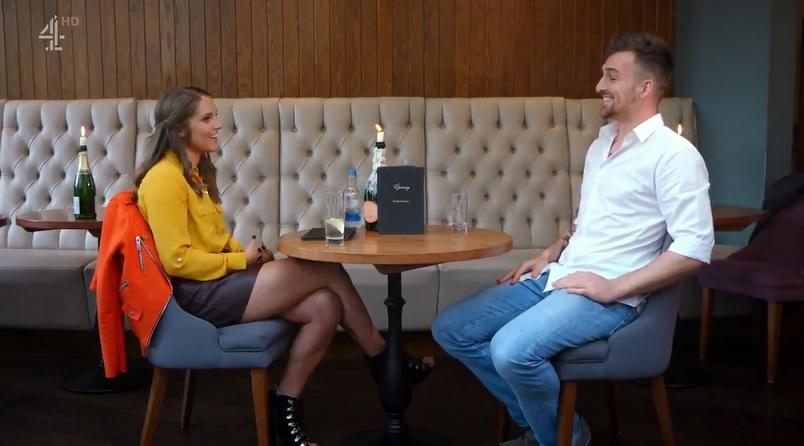 Millie picked Ben for a date, which is filmed later the same day, but they didn't take their fling further.

She said: "The only payment you receive is £50 each for the date.

"Any change from that you get to keep, I bought one drink, a round of Kopparbergs, and kept the other £40.

"It sounds bad to say ‘I got naked on TV for £40’. They pay for your travel expenses too."

The only payment you receive is £50 each for the date, I bought one drink but it sounds bad to say 'I got naked on TV for £40'

Before going on the show, contestants have a psychological assessment where they're told to expect body trolling.

Millie said: "You have a psychological test to make sure you can handle the response afterwards.

"They say ‘after the show you’re probably going to get a look of negative comments about your body, can you deal with that?’

"But my reaction was great, I was surprised as even women were complimenting me. 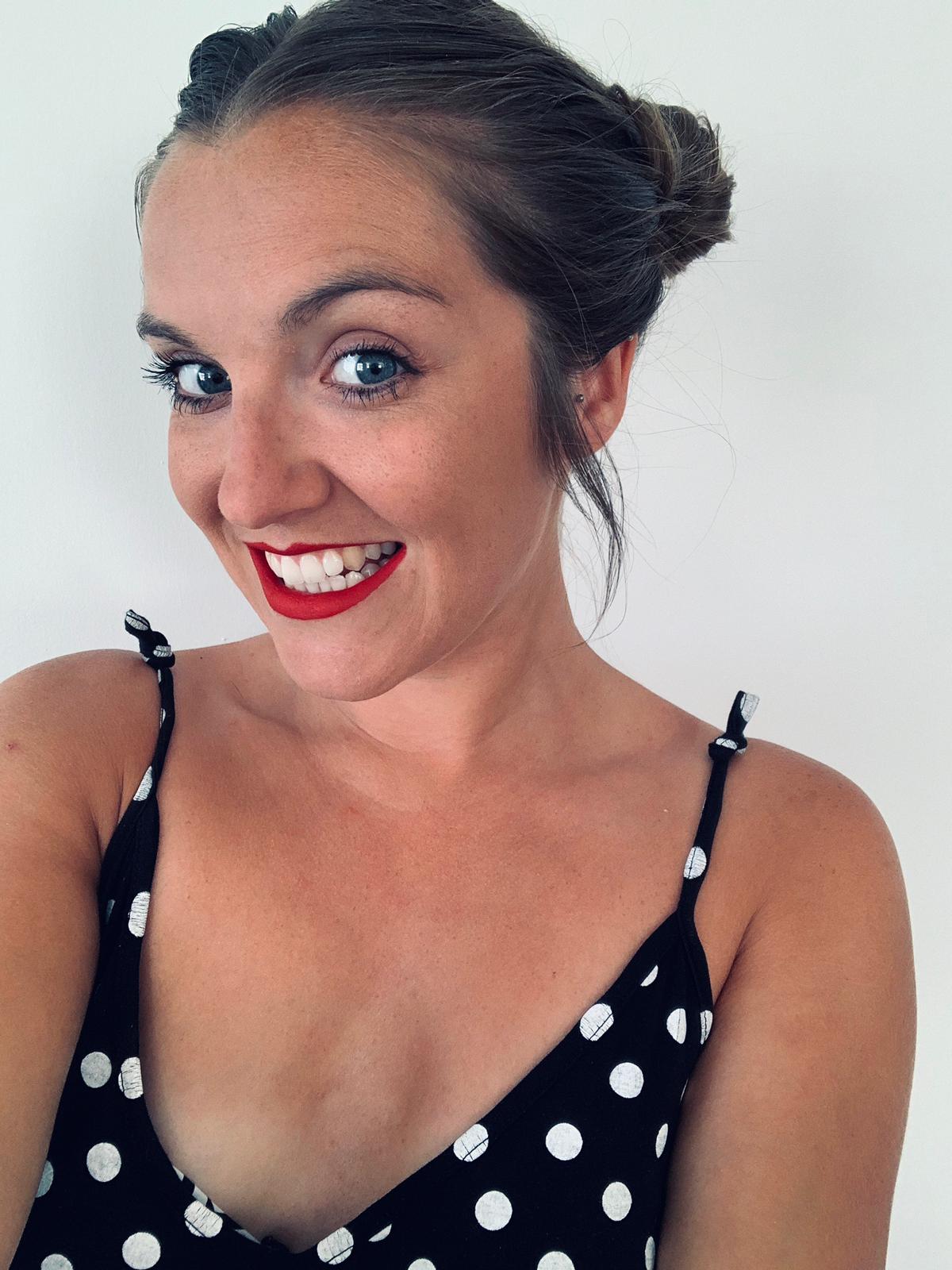 "I had so many friend requests it was ridiculous. People were tweeting ‘what an amazing body’ and men were messaging me on Facebook, saying ‘you're so pretty, can we be together?’

"Even though that’s a bit weird, it does build up your confidence. I had a few bad comments but that’s expected so it didn’t really bother me.

"A couple did embarrass me though, I like to have a shaven private area and I didn't do it until the night before, I was in a rush and had a bit of a shaving rash.

"A couple of people were like ‘learn to use a razor’ but I laughed it off.

"I went on a sunbed to prepare the day before flying from Newquay to Manchester, I burnt my bum and thought ‘oh no, I have to go on camera with a big red bum’. 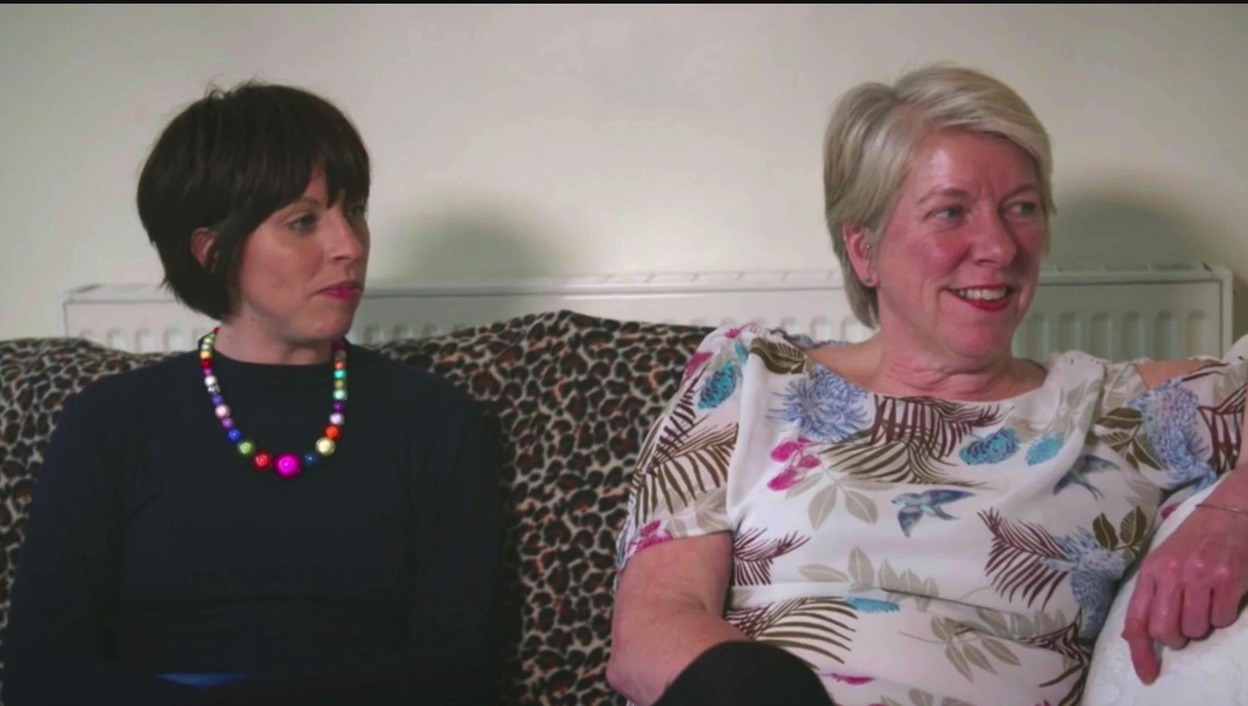 Millie loved the experience and was supported throughout by her mum and sister, although her dad was less than thrilled.

She said: "I felt fine about being naked on TV but my best friend threatened to disown me and my dad was upset about it.

"He was in a very male orientated job so he was worried about people saying something to him and I'm the baby of the family, he didn't want me being naked on TV for millions to see.

"He warned me ‘you’ve got to deal with all the negative feedback’, he was worried it could destroy me.

"My dad ran the Manchester Marathon that year so I did my naked interview just before going to watch him run, which made it even more messy.

"But it was an amazing experience, I’d happily do it again – although I’ve got a boyfriend now, so I don't think that would go down too well." 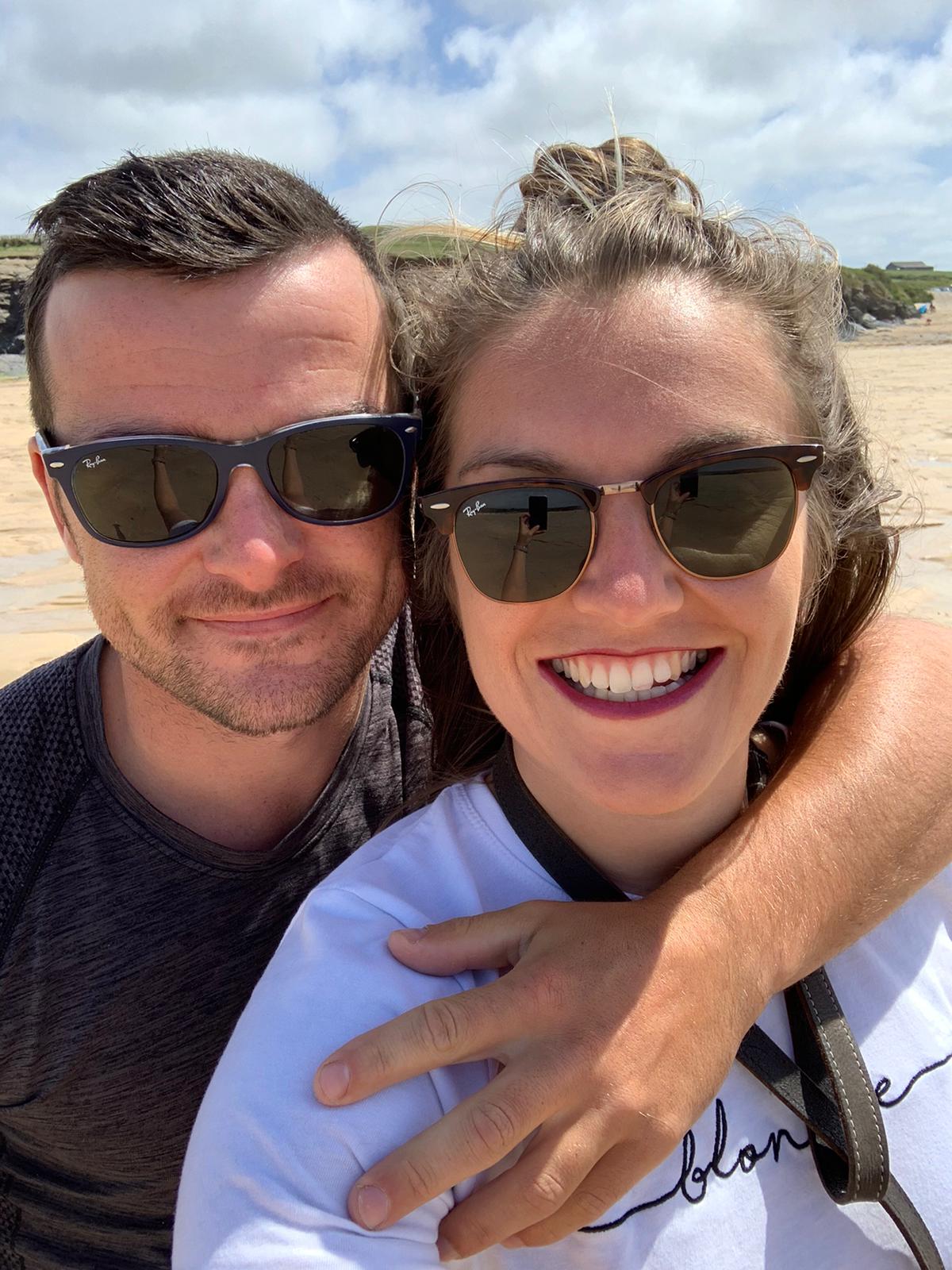 While staying overnight in a hotel paid for by production after filming, Millie met fellow contestant Derry, who she dated for a year and a half before splitting amicably.

She's now loved up with boyfriend Craig, who she met on a night out with her mum and mum's partner Gary last November.

Millie said: "I watched the show with Derry, my mum and my mum’s partner.

"I think Gary found it a bit uncomfortable but we get on really well and he handled it well considering.

"I have my show saved on my recordings so I can watch it back if I ever want to, I've just done that once on my own.

"My current boyfriend hasn’t watched it, he doesn’t really want to and I think I’d find it weird.

"I do still get recognised from time to time, people will say 'you got naked on TV!' but I'm very open about having been on the show. It's nothing to be ashamed of."

In this week's show, viewers were shocked as a woman, 54, performs sex act on a banana and asks men to put whipped cream on their bits.