In the month of June, as celebrations to commemorate the Juneteenth holiday begin, dozens of Black girls and women across the country will be competing for a singular title: Miss Juneteenth.

Miss Juneteenth pageants have been held locally for decades but they have been growing in visibility as awareness of the holiday has increased. The first National Miss Juneteenth Pageant was held in 2020 in Memphis, with Saniya Gay, a previous Miss Juneteenth winner in Delaware, claiming the title.

Juneteenth, or Freedom Day, is rooted in emancipation for the enslaved, so it involves both the celebration of joy and the commemoration of pain. June 19 marks the anniversary of the day in 1865 when news of the Emancipation Proclamation reached Galveston, Texas — nearly two years after the Proclamation had been issued. African Americans, beginning in Texas, have celebrated the holiday since 1866.

In communities where the arrival of the news of emancipation has long been celebrated, Juneteenth is marked with gatherings over prayer, music, food and dancing — and, in many places, pageants aiming to crown a Miss (and Mr.) Juneteenth, with different contests for children, teens and adults.

Many elements of a Miss Juneteenth pageant will be familiar to pageant watchers: Winners are adorned with a sash and crown; given bouquets of flowers; and photographed and showered with attention. They typically receive a scholarship, often to a historically Black college or university. The competitions often include traditional components like walking in an evening gown, exhibiting a talent and answering topical questions.

Yet for young Black women who earn the title, the honor is connected to a holiday that marks the emancipation of their ancestors. More than simply a crown, Miss Juneteenth holds deep meaning to these women, their families and their communities.

Kennedé Wallace, 16, won the 2019 Miss Juneteenth pageant for Austin, Texas. Because of the pandemic, she’s held her crown and title for an additional year, a responsibility she said she’s carried with pride, especially during the protests and the conversations about police brutality toward African Americans that took place in the summer of 2020.

“It’s a reminder that I’m proudly Black and I’m happy about it and I’m strong,” she said. “A reminder that Black is beautiful. To be ourselves with the hate or without the hate that we experience. A reminder that we’re free. We’re here with a purpose.” 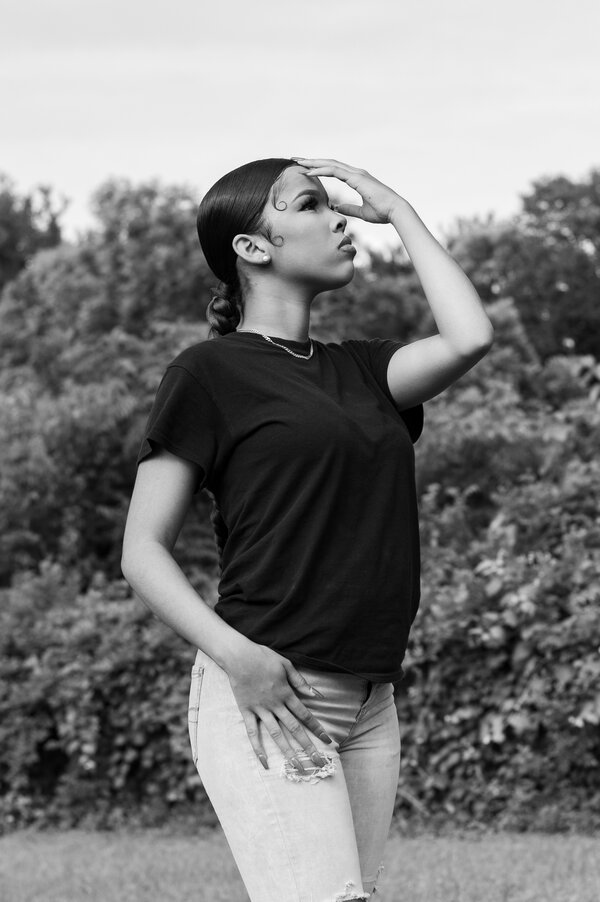 ‘Heaven Knows, We Are Not Free Yet.’

Opal Lee, 94, is an activist and former teacher who grew up in Marshall and Fort Worth, Texas. She has for years been campaigning for Juneteenth to become an official national holiday. In 2016, at the age of 89, she walked from her home in Fort Worth to Washington, D.C., to raise awareness of Juneteenth. She says she believes that to fully celebrate the history of the United States and the concept of freedom, the country should hold a national celebration from June 19 through July 4.

“I want people to realize that this is not a Texas thing and it’s not a Black thing because none of us are free until we are all free and, heaven knows, we are not free yet,” she said.

Ms. Lee views Juneteenth and the celebrations that come with it, including pageants, as a key part of educating Americans about equality and freedom. The pageants’ emphasis on history, education and empowerment have prompted participants and organizers around the country to refer to them as “pageants with a purpose.”

“These kids are not just parading up and down the stage,” Ms. Lee said. “There is so much more involved.”

The rise of Miss Juneteenth pageants has come at a moment when Black contestants have met with remarkable success in more high-profile pageants. In 2019, the winners of the five most prominent pageants — Miss World, Miss Teen USA, Miss America, Miss USA and Miss Universe — were all Black. In some corners, their victories were seen as a watershed moment for the pageant world.

“Even when we have this banner year and these wonderful women winning these pageants, it’s still in relationship to a presumptive default culture of whiteness,” said Treva B. Lindsey, a professor of women’s studies at Ohio State University, where she focuses on African-American women’s history and culture.

Proponents of Miss Juneteenth pageants point out that contestants often represent a wider range of sizes than are typically found in beauty pageants and they are welcomed, even encouraged, to participate with natural, unstraightened hairstyles.

“What makes it different is that it is an opportunity for young women of color to be unapologetically themselves,” said Andrea Sledge, co-chair of the Juneteenth festival in Fort Worth. “They don’t have to fit into a mold.”

The pageants, Ms. Sledge explained, focus on all facets of Black womanhood, from style to cultural contributions in music and dance. “Our young ladies are taught that in any room that they walk in, they belong there, regardless of who else is there.”

‘We Remember, We Mourn, but We Celebrate.’

Before participating in the 1981-1982 Miss Juneteenth pageant in Texas, Vickie Heath-Glosson,64, didn’t know much about Juneteenth beyond the basics. She grew up in Texas, but her history courses in school, she said, had focused on the Emancipation Proclamation as the final word after Abraham Lincoln signed it in 1863. By participating in the pageant, she gained a deeper understanding of the holiday.

Ms. Glosson, who won the pageant in 1982, said she valued having a space designated for celebrating Black women. Although there was competition, the pageant provided a sense of community and sisterhood.

“It was just amazing,” she said. “It just felt like there was kind of a missing link about things that I didn’t know about.”

She credits the pageant with boosting her analytical and public speaking skills and giving her a confidence that carried her into a 39-year teaching career. Before retiring, she taught her own students about Juneteenth.

“Getting involved with that meeting, all the wonderful women that I participated with, was just so amazing,” Ms. Glosson said. “It was an opportunity to know that I’d be able to get more involved with the community.”

In the Louisiana town of Donaldsonville, the current Juneteenth celebration was introduced in 1996 by the mayor at the time, Bernard Joseph Francis Sr., and his wife, Janet Ganes Francis. In 2016, the couple’s daughter, Tamiko Francis Garrison, with the help of others, started a Miss Juneteenth pageant.

“When I think of celebrating Juneteenth and the pageant, I think of it this way: The path of our ancestors and their sacrifices have gotten us to the point where we can do this freely,” Ms. Francis Garrison said. “We remember, we mourn, but we celebrate the victories.”

The 2020 film “Miss Juneteenth,” directed by Channing Godfrey Peoples, tells the story of Turquoise (Nicole Beharie), a former beauty queen who is working hard to provide her daughter, Kai, with the life she never had. The film, set in Fort Worth, follows Turquoise on her quest to prepare her daughter for the Miss Juneteenth pageant. Ms. Peoples was raised in Fort Worth and celebrated Juneteenth her whole life; she’s recalled attending film school in California and wishing people “Happy Juneteenth!” only to have them look back at her, bewildered.

After premiering at last year’s Sundance festival, “Miss Juneteenth” was released on June 19, 2020. Shot on a shoestring budget, the film was met with critical acclaim. It’s being rereleased in 150 theaters on Juneteenth this year.

“I was always examining what freedom means for each of these characters,” Ms. Godfrey Peoples said in a recent interview. “It’s a modern day film, but it really focuses on this woman whose ancestors were actually enslaved folks who found out that they got their freedom later than everyone else. In that celebration, you’re also finding some sense of joy — and that’s important.”

In the film, contestants in the pageant are a range of sizes and — unlike in traditional pageants — many compete with their natural, unstraightened hair. When Kai takes the competition stage, she recites Maya Angelou’s poem “Phenomenal Woman,” a mainstay at Miss Juneteenth pageants. Even as Turquoise and Kai contend with life’s challenges — Turquoise works multiple jobs, struggling to make ends meet — they experience joy. There is pain in Turquoise’s life but that pain, much like the pain in her ancestors’ lives, isn’t all that she knows.

For proponents of the pageants, that combination of struggle and joy is embodied in Juneteenth — and in the title of Miss Juneteenth.

“We find spaces and create spaces for joy and celebration and beauty and community amidst a world that has been terrorizing, that has been harmful, that has been violent,” Ms. Lindsey said. “We’re not trying to whitewash that history. We’re attempting to remind ourselves and those in our communities that even in those circumstances, we were finding ways to create joy and beauty in the world we inhabit.”

For Ms. Wallace, the reigning Miss Juneteenth in Austin, it took three tries to earn her crown. She first competed in the pageant in 2017, and she lost to her cousin.

The following year she lost to a different cousin.

The third year she entered, she won.

“We always tell each other: Don’t let your crown fall,” she said of her fellow Miss Juneteenths. “You are celebrating your day of freedom, celebrating when you and your people got free. So hold your crown high, even when life is hard.”