Dustin Hall, 35, has revealed how he would shovel down multiple breakfast sandwiches, hash browns and a large breakfast burrito before he'd even got to work. 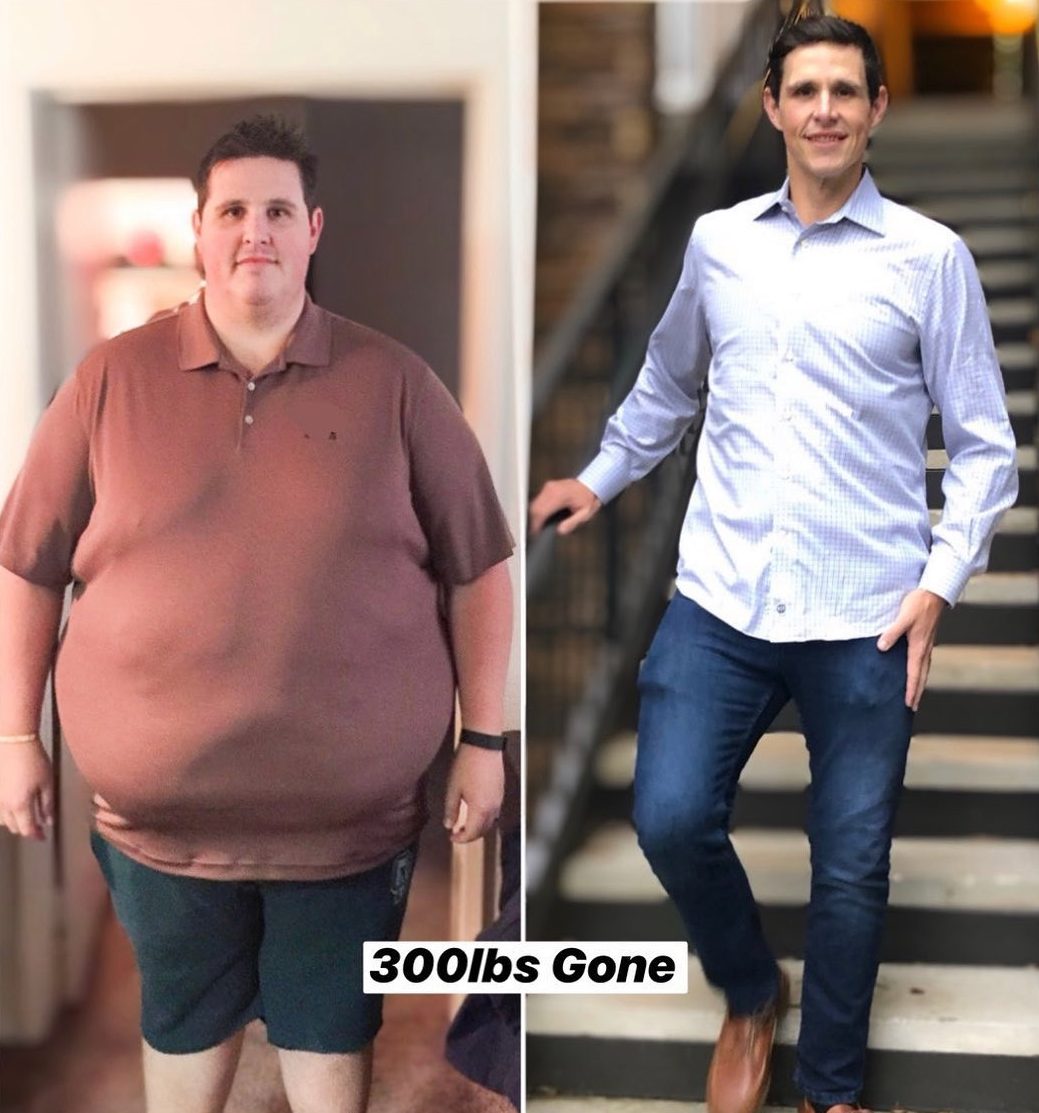 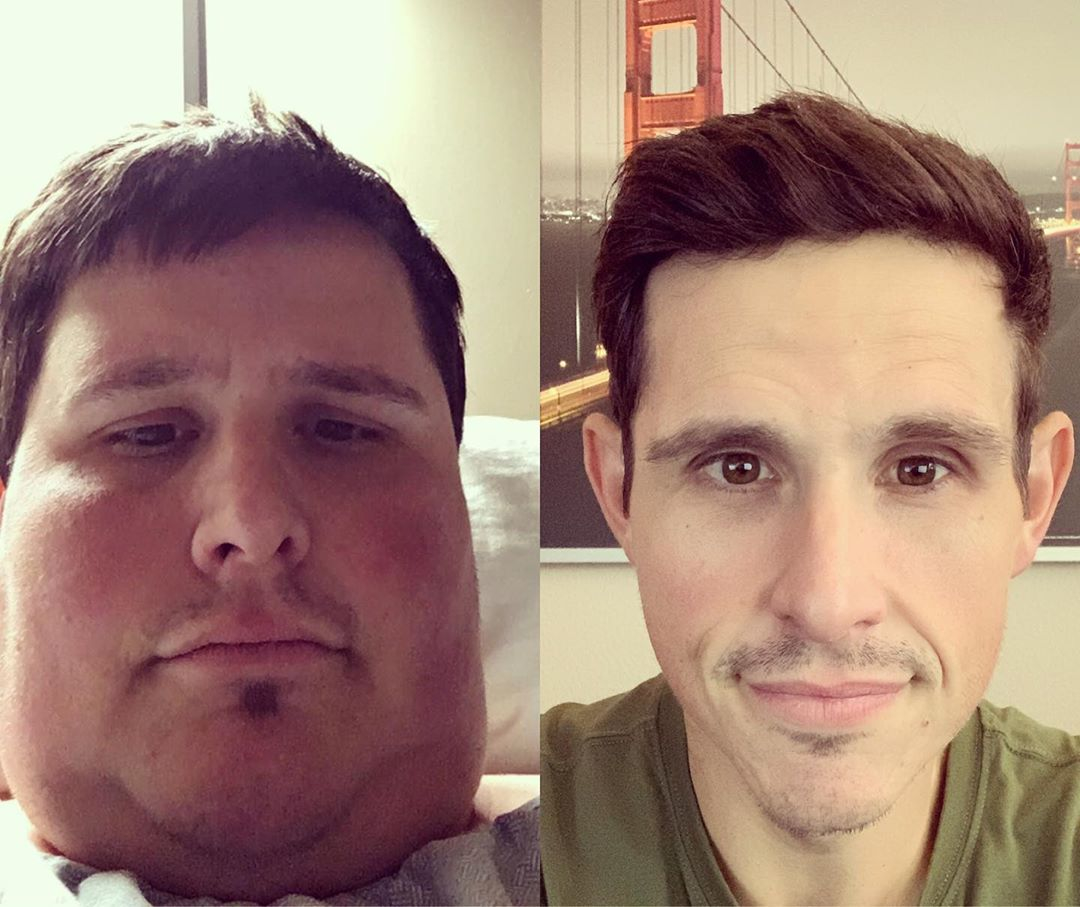 The insurance worker, from Lathrop, California, admits food was his "addiction" and cruel taunts only spurred him on.

He said: "I remember calculating how many calories I would typically have before 9am and the number got up to 4,000.

"I would stop at one location and grab a large caramel Frappuccino and two banana breads – then end up next-door grabbing multiple hash browns, multiple breakfast sandwiches and a large breakfast burrito.

"This was the meal before I got to the office, where I had more food as well. It was an addiction."

I remember calculating how many calories I would typically have before 9am and the number got up to 4,000

He said: "Being told after the class weigh-in at elementary school that I was the fattest kid in school was dreadful.

"So was being told by my coach in middle school that I was too fat to be on the basketball team.

"I remember this one kid saying, 'is it true because Dustin is fat he’ll die sooner?'

"Another time I was on my way home from school, and somebody yelled out of a moving car 'lose weight fatty'." 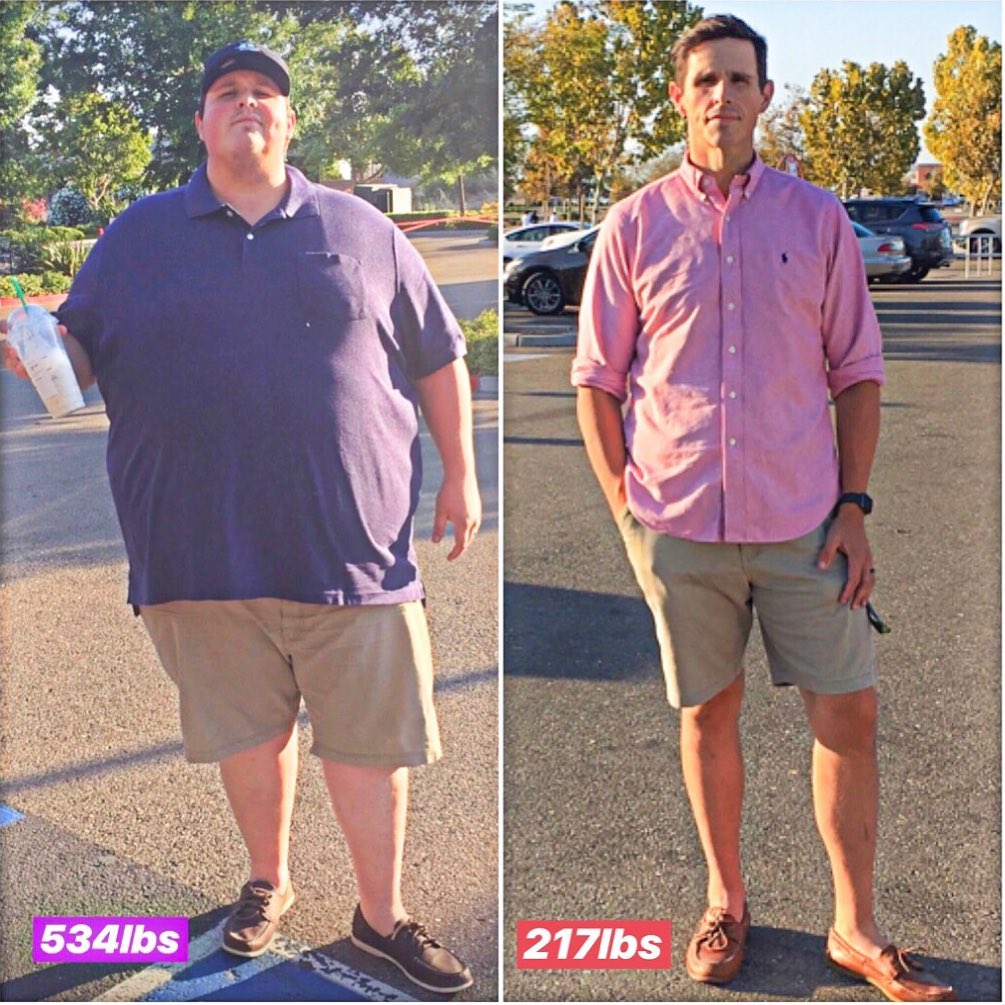 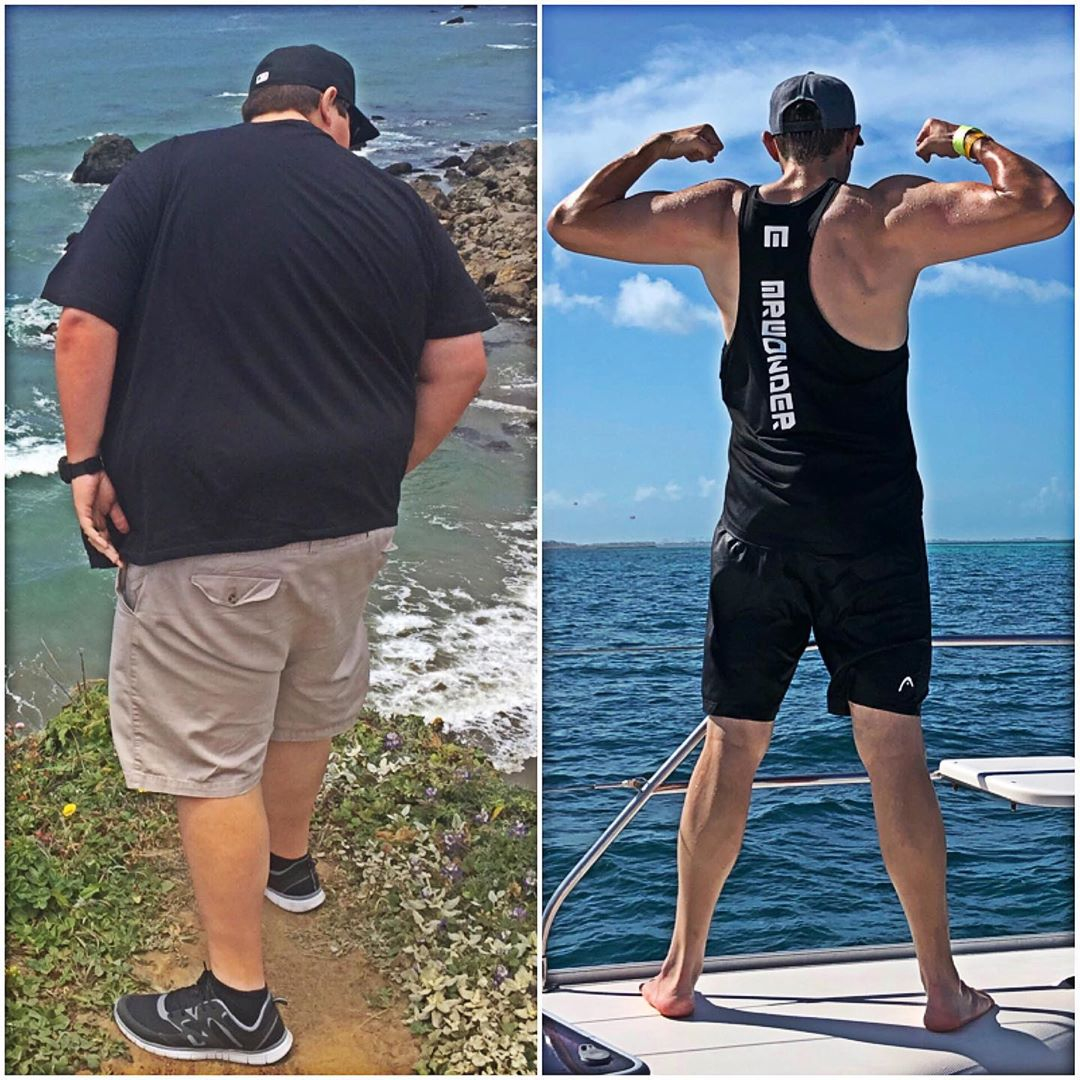 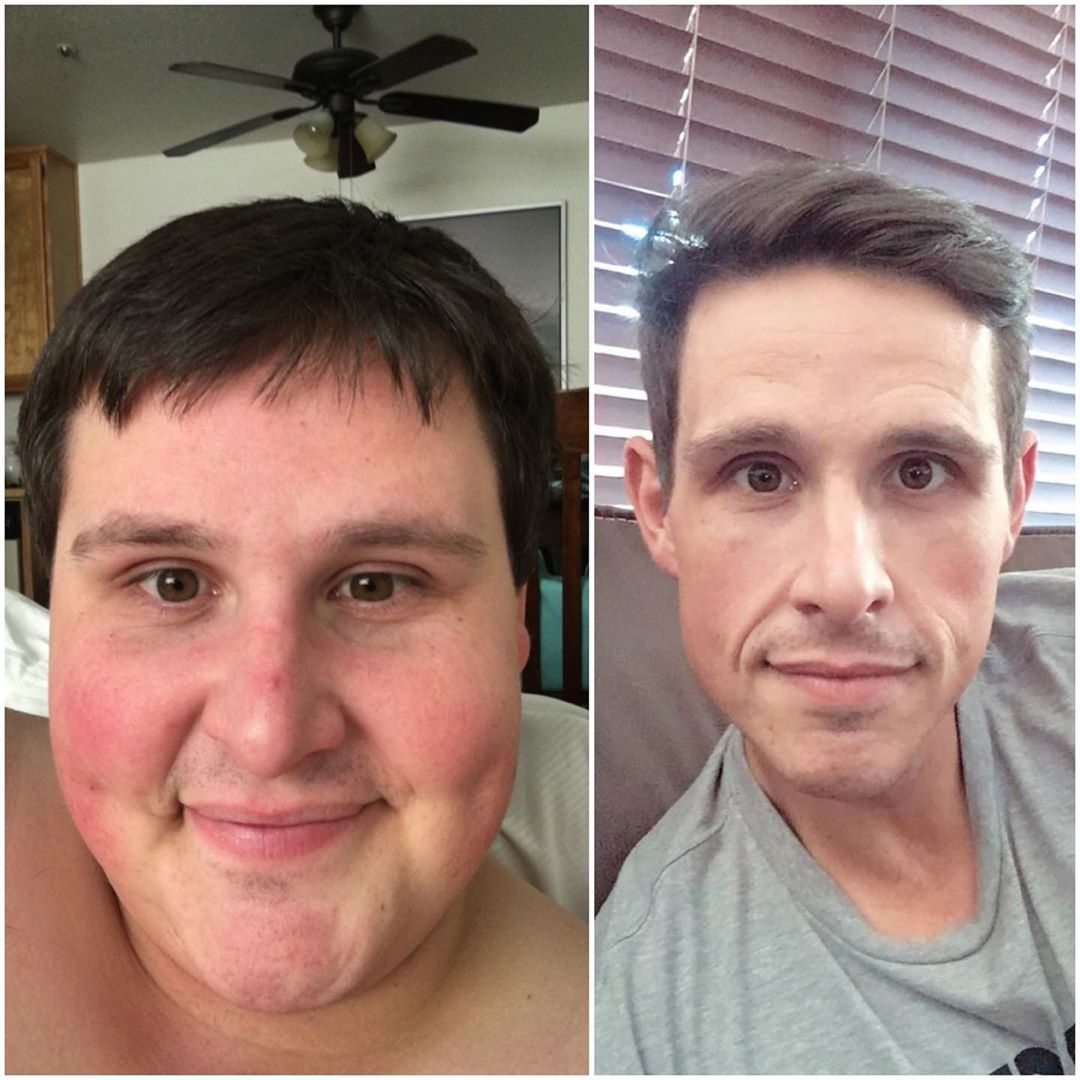 His parents dodged the issue and while friends and co-workers occasionally referenced how big he was getting, Dustin never felt motivated enough to "turn it around."

The final straw came one day at the seaside when he got out of breath just walking to the beach.

He said: "It was then I knew I needed to make a change. My weight had robbed me of seeing something I loved, the ocean."

At his peak weight of 38st, Dustin was also helpless in other areas of his life.

"I couldn’t shower correctly, or tie my shoes," he said.

"I couldn’t shop at regular stores, or fly on an airplane in a regular seat – I needed a seatbelt extension.

"I wasn’t even able to ride on rollercoasters." 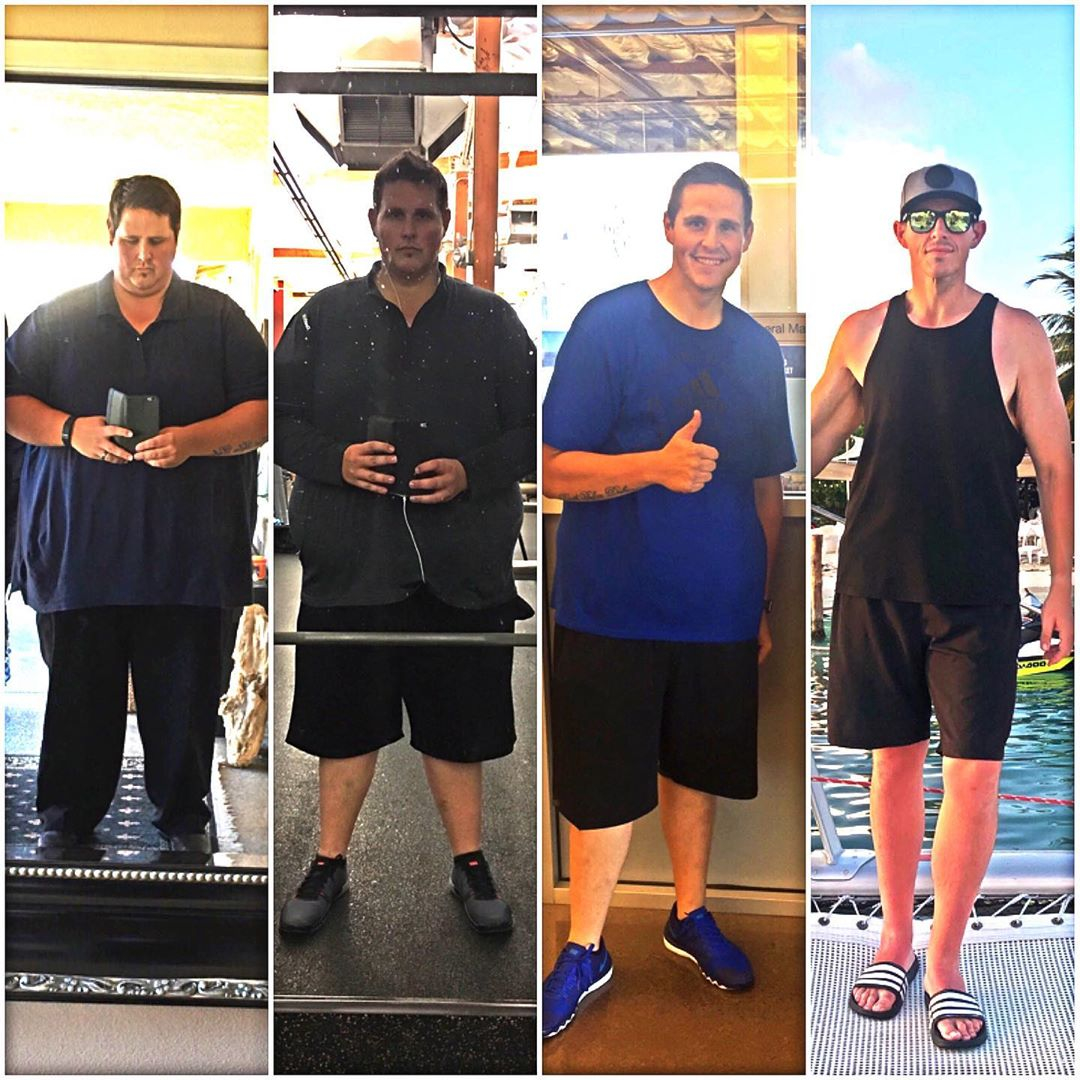 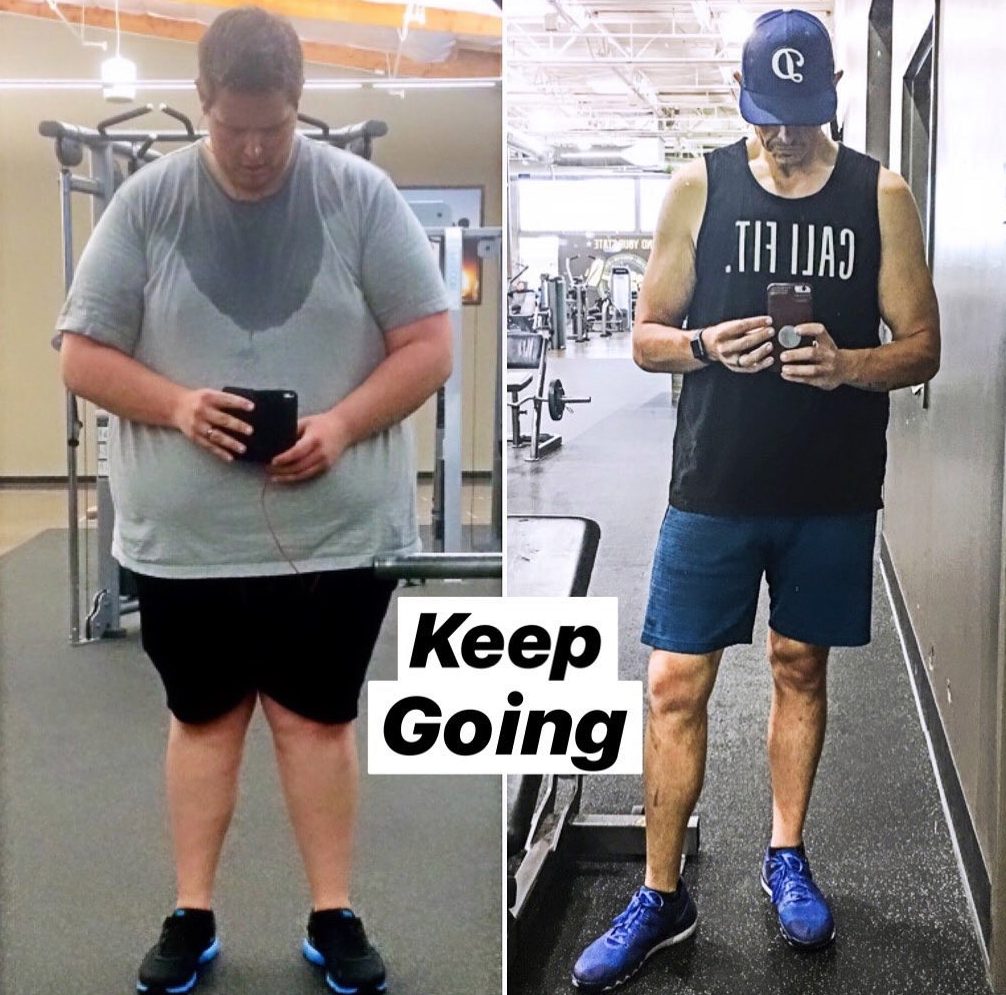 After a few years of "yo-yo dieting", where Dustin tried but heartbreakingly failed, it was time for desperate measures.

He said: "I tried every diet, and failed so in July 2016, I went for elective gastric bypass surgery, at the recommendation of my doctor.

"I was dealing with a lot of health issues, and this felt like my last chance."

I couldn’t shop at regular stores, or fly on an airplane in a regular seat – I needed a seatbelt extension

Before going under the knife, Dustin made a pledge.

He said: "Days before surgery, I committed to my wife that if I have this surgery I am going to take it serious, I am not going to cheat and I am going to aggressively get my life back.

"I started by grabbing a Fitbit and just walking. I walked 10,000 steps a day, no exception.

"Once I felt acclimated to walking, I join a gym. I started on the cardio machines and committed to going 60 mins a day with getting my 10k steps in.

"I progressively grew my strength and stamina up to make working out normal for me. Now, I go six days a week, including both cardio and strength training into my workouts." 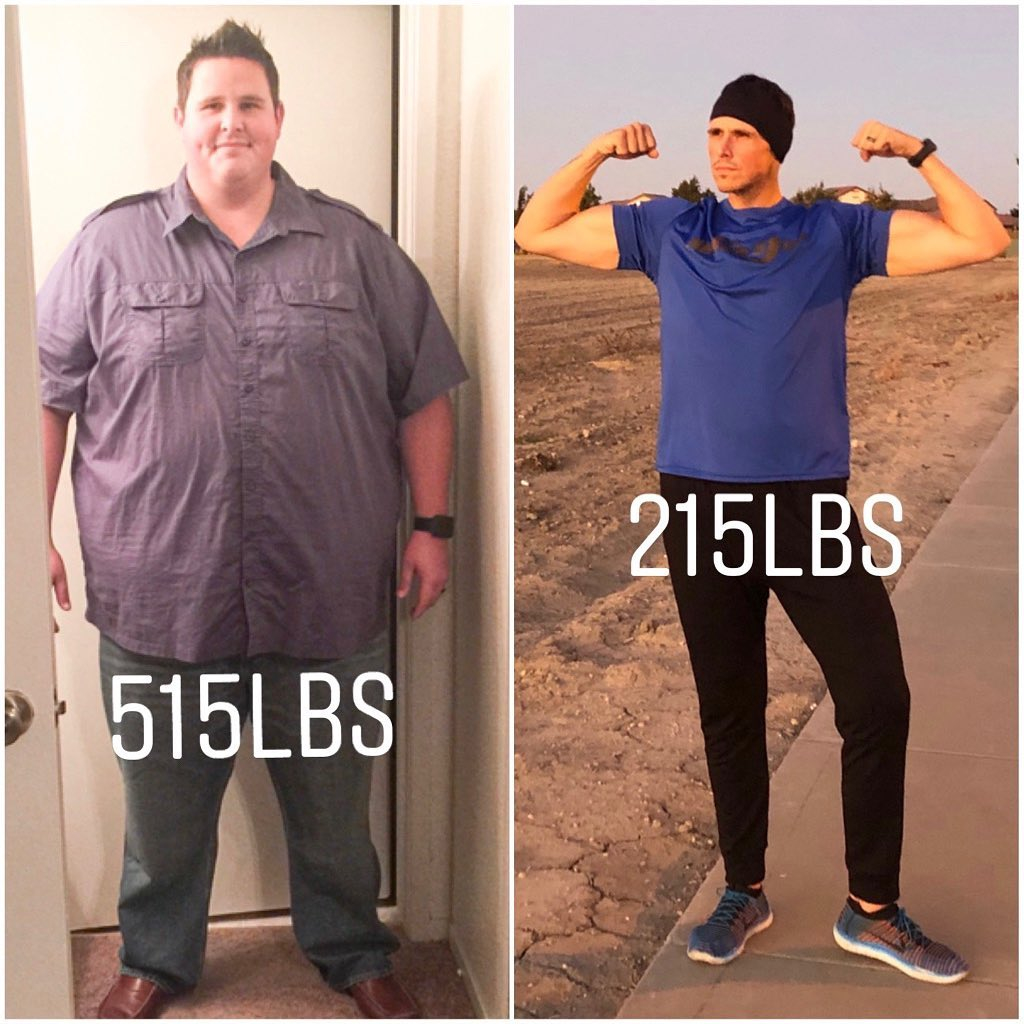 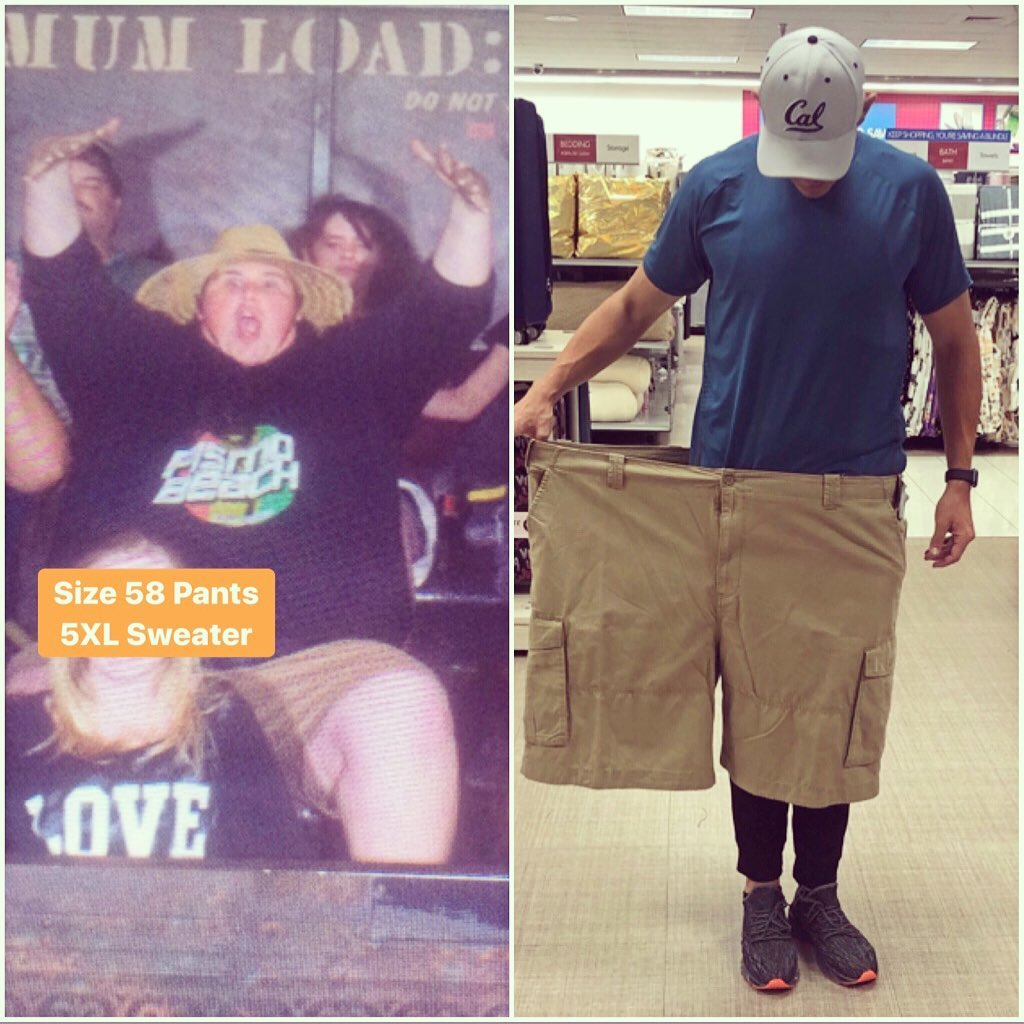 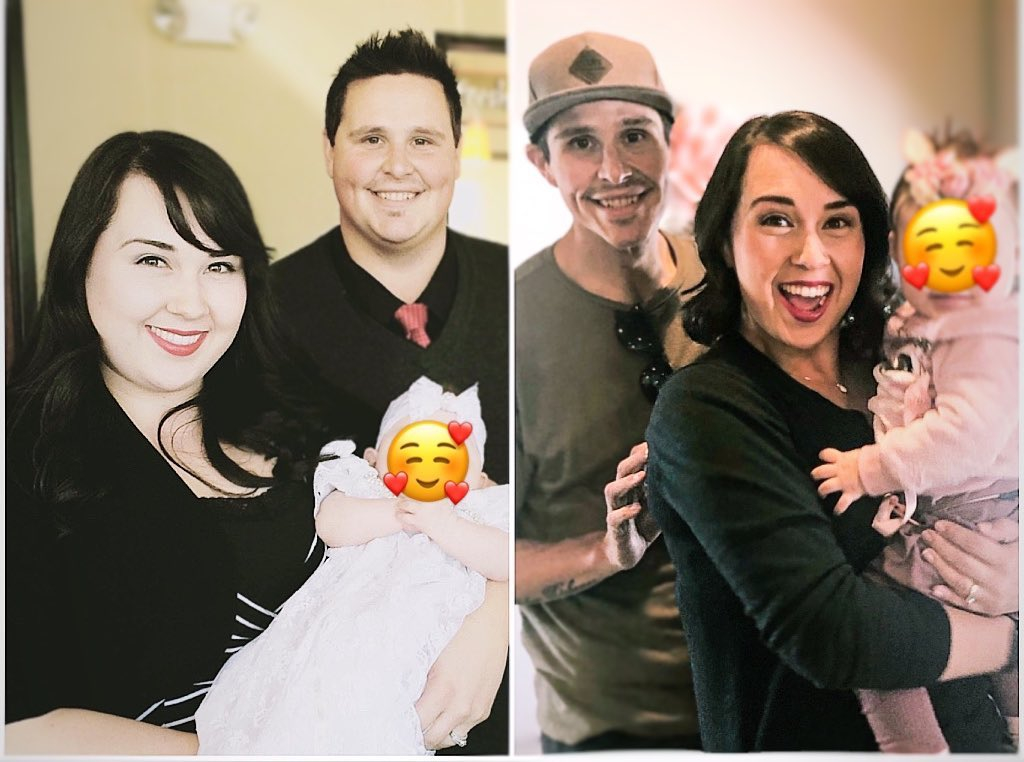 "I started by focusing on calorie tracking with a focus on high protein, low carb/sugar. My diet looked a lot like the ketogenic diet but it wasn’t officially because I never actually measure.

"But it’s the same basic principles of higher protein and lower carb – it works."

Dustin said: "Patience was a big thing I had to learn in this process. I felt good that i was losing weight but during days when I didn't see the changes or feel them, I would get discouraged."

But with the words of his bullies echoing in his ears, Dustin doubled down and worked even harder. 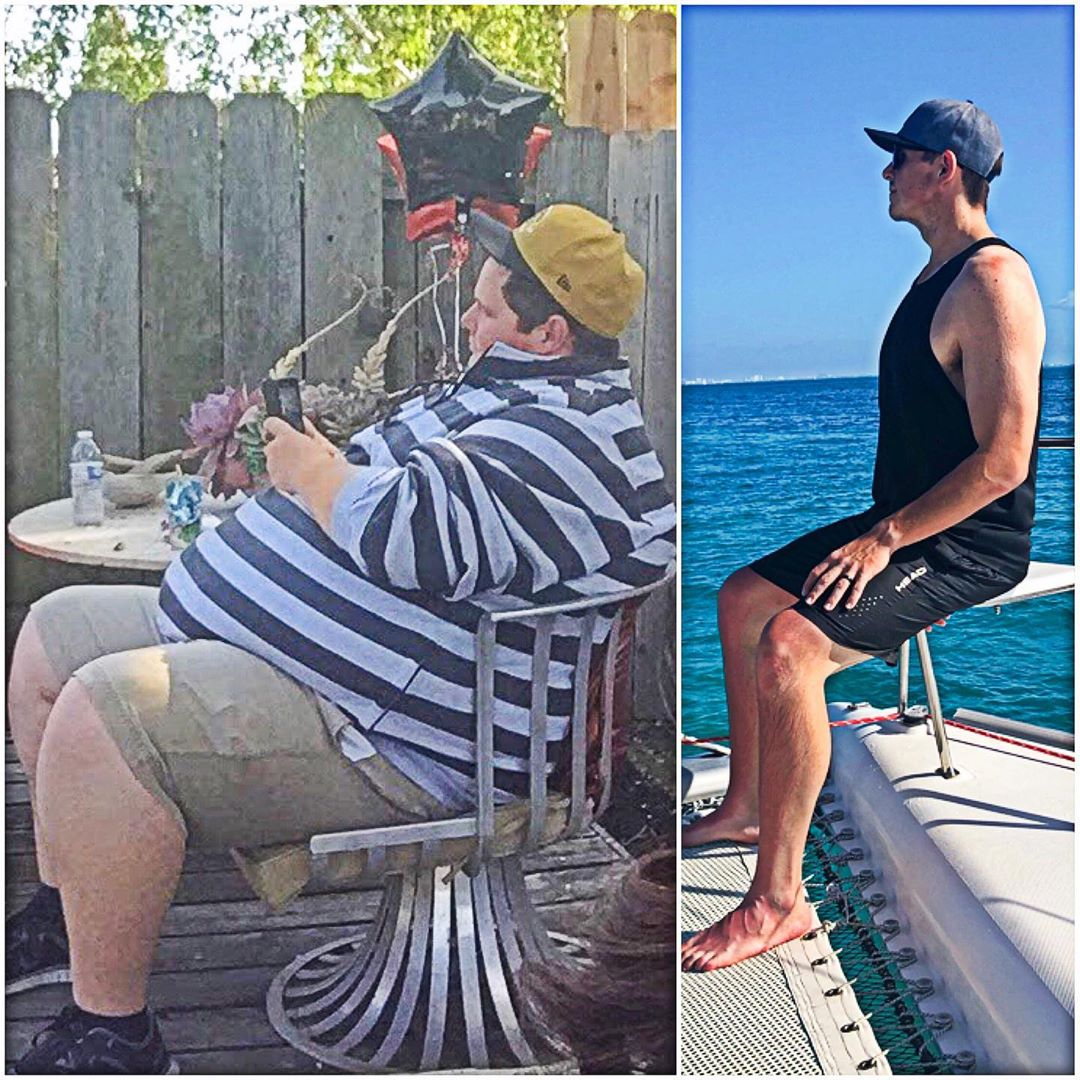 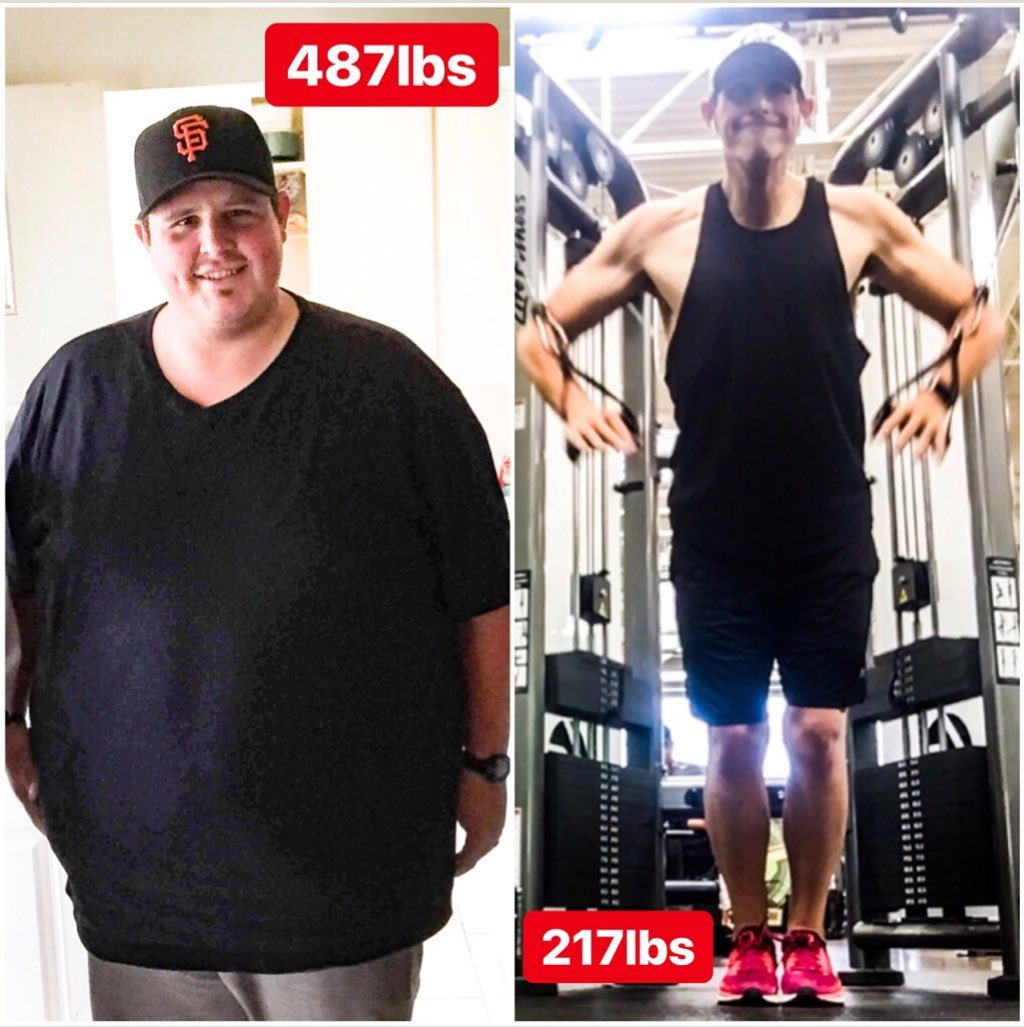 The most rewarding part of Dustin's journey happened, of all places, at Disneyland.

"A huge positive side effect was being able to ride roller coasters at Disneyland," he remembers happily.

"That was a sore spot – I had spent so many years waiting in line, only to be denied because of my size.

"Being able to get in line and ride the ride was a huge accomplishment."

Dustin is proud of how people react when they see him now – at his new weight of 15.5st – but the dramatic lifestyle change hasn’t all been plain sailing for his social life.

"I actually lost some friends along the way – for good reason," he says. "At my heaviest weight I didn’t have nearly as much quality social interaction as I do now.

"I’m not sure if people were intimidated because of my size or embarrassed of me, but I’ve definitely noticed people being more social with me as I lost weight."

And he’s delighted to have inspired others to take their health more seriously. 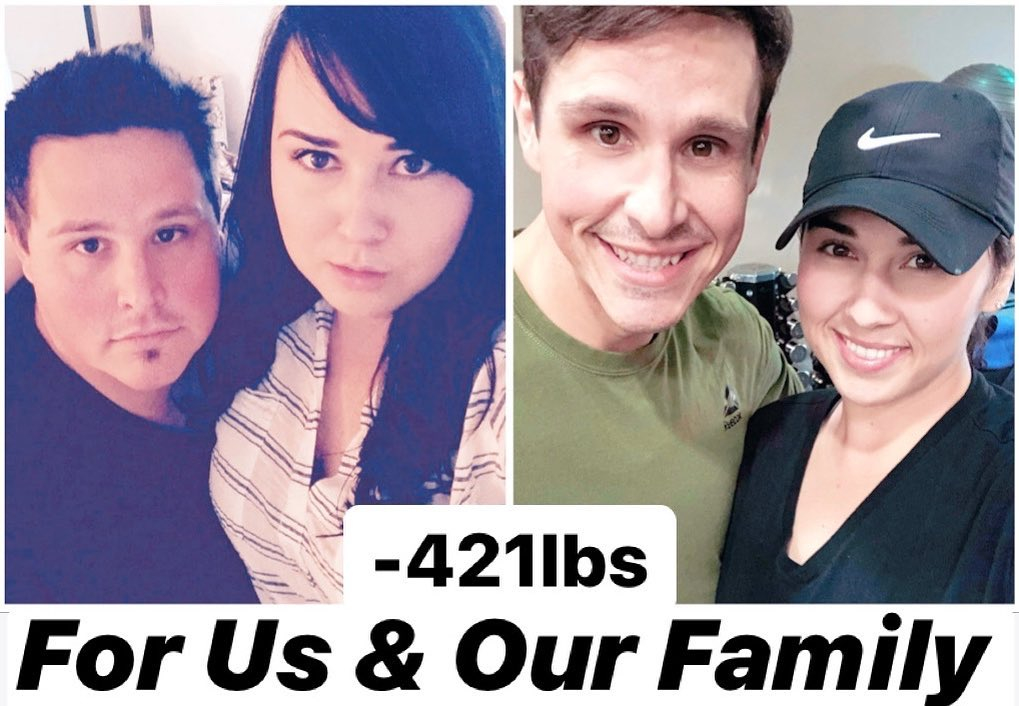 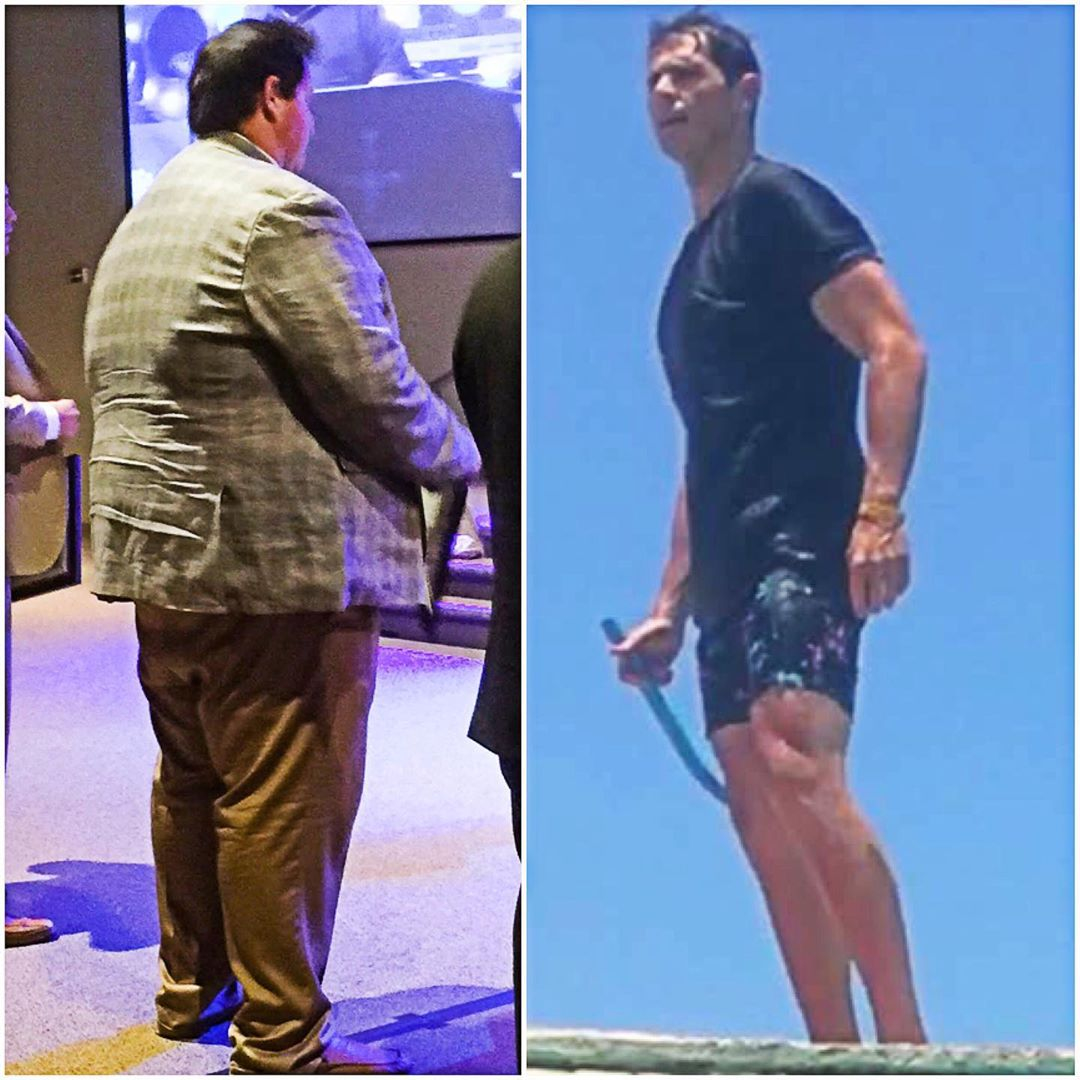 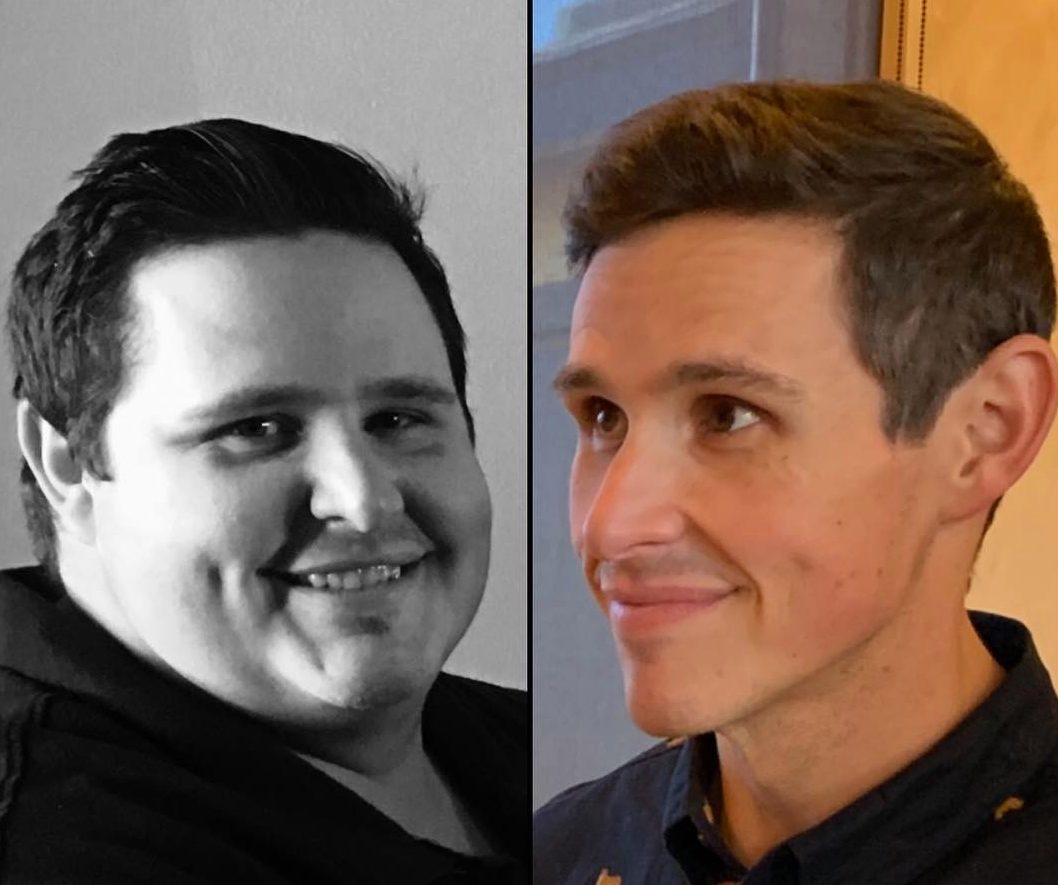 "A young girl messaged me recently. She said her father is at a similar starting weight to myself, and is having health issues because of the weight.

"She said my pictures and story motivated her to get her family healthy and not let weight hold them down.

"Deep down that feels good."

Throughout, he expresses gratitude for the support of his wife, adding: "She has been incredibly patient during my struggles, and was very excited and encouraging along my journey, a pivotal part of my support system."

And his advice to anyone else? Well, Dustin says simply "start slow".

"Know there isn't one plan for everyone. Everyone is different. Incorporate things into your life you're prepared to do the rest of your life," he said.

"It's not a race, it's a journey. Don't let emotions, stress or circumstances influence your health. Control the narrative."

The lunchbox police are at it again. Teachers have been cracking down on kids’ packed lunches in recent months –...