KYOTO, Japan — Japanese people traditionally have not worn the kind of gold and gemstone jewelry common in Western societies.

“Back in the day, one way high-society people used to distinguish themselves from the common people was kimono,” said Masataka Hosoo, president and chief executive of Hosoo, a Kyoto-based textile company founded in 1688. “We could say that kimono was also jewelry.”

And just as Hosoo produced those luxury fabrics in the past, it is continuing to create them today as well as adapting them for retail, hotel and home décor uses.

The type of kimono textile that Mr. Hosoo was referring to is called Nishijin. (The word also is used for a traditional weaving technique developed more than 1,200 years ago and used for garments such as kimonos and obi sashes produced in the Nishijin area of Kyoto, a district of about two square miles on the west side of the Imperial Palace here.) 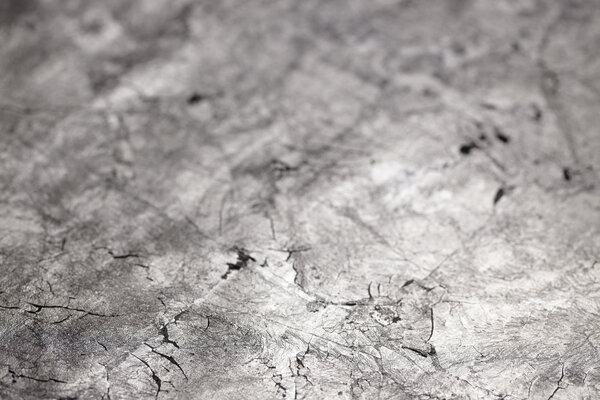 It is distinguished by the shreds of haku — pieces of washi, or paper, that are first coated with lacquer and then gold leaf or silver leaf — that are woven into the fabric. “Our Nishijin textiles have perhaps one of the most complicated structures in the world, with a diversity in materials,” Mr. Hosoo said.

Originally, Hosoo supplied custom-made textiles to the nobles of the Imperial courts of Kyoto, the samurai class, temples and shrines. But the situation changed after 1868, when the Imperial Court moved to Tokyo.

With the district’s textile industry in decline, Nishijin weavers sent three craftsmen to Lyon, France, the world center of textile production at the time. The men returned with new technology, notably the automatic Jacquard loom, invented by Joseph-Marie Jacquard in 1801. (Weavers in Nishijin had been using sixth-century looms imported from China, which required at least three workers to control, something like the backstage scene at a marionette show).

With the Jacquard loom, Nishijin weavers went from being able to produce a fraction of an inch of fabric a day to several inches, a significant improvement in productivity.

About 100 years ago, Mr. Hosoo’s great-grandfather decided to expand the business. “He wanted to introduce the beauty of kimono not to only high-society but to everybody throughout Japan,” said Mr. Hosoo, 43, who is the 12th generation of his family in the business. “Normally weaving companies would only weave, but my great-grandfather started as a kimono producer, working with dyeing companies and craftsmen. Now we work with mainly Living National Treasures from all around Japan.”

He was referring to highly skilled artisans, such as those who embroider or weave, who have been recognized by the government’s Council for Cultural Affairs as important to maintaining cultural skills.

Like his great-grandfather, Mr. Hosoo is an innovator. About 10 years ago, he also extended the company, adding a textile business to produce household goods including cushions, slippers, furniture, curtains and small items like pouches. The line uses “the same technology, roots and philosophy to produce high-end textiles for people who might be unfamiliar with kimono culture,” he said.

The products are displayed in the new Hosoo flagship that opened in September 2019. But Kyoto, a city that has been overwhelmed by tourists in recent years, has been hit hard by their absence — and lost sales — since the spread of the coronavirus.

Yet Mr. Hosoo has seen a silver lining. “The pandemic affected us as an industry, as a business, as a culture,” he said. “But it made a lot of us more aware and appreciate what beauty is.”

And, he said, “It made us appreciate being able to physically be present when our clients come in and show their joy when they see, touch and feel the materials.”

The flagship building, which was designed and decorated by the architect Naohisa Hosoo, Mr. Hosoo’s younger brother, is a five-level structure on a quiet street in the old Karasuma Oike district. Most of the exterior and some of the interior walls are rammed earth, with clay from four areas in Kyoto.

An upper portion of the exterior is covered with Nishijin Reflected, a company product that embeds its textiles in fiber-reinforced plastic that has a protective glass coating. (Hosoo said the installation was a first for Nishijin textiles.) Inside, there are narrow strips of gold foil running up some of the black ink-dyed plaster walls.

In addition to the store, the building houses an art gallery, a cafe and a private kimono showroom.

For Hosoo, its debut on the international stage came in 2008, when an obi it had made was included in the “Kansei-Japan Design Exhibition” at the Musée des Arts Décoratifs in Paris (which then moved to New York in 2009). After the exhibition, the company received an email from the office of the well-known New York architect Peter Marino, who had seen the obi.

“At the time, he was thinking about a new concept for the Dior flagship stores and he was searching for special materials,” Mr. Hosoo said.

But there was a major problem: The looms used for Nishijin obi can produce fabric that is about 12 inches to 13 inches wide, while kimono textiles are about 16 inches to 18 inches wide.) The international standard for commercial and home décor textiles is slightly less than five feet wide.

“We challenged ourselves to develop a machine,” Mr. Hosoo said. His workers, collaborating with many other Nishijin craftsmen, took about a year to build the new loom, using traditional techniques and materials. (They got the Dior commission. “I like the modernity of the color mixes,” Mr. Marino told Business of Fashion in 2015. “They always come out looking like a modern painting.”)

The company now has 12 of those machines, ranging from 11.5 feet to 13 feet tall. Six of them are in the Nishijin workroom, called the House of Hosoo, about a 15-minute drive from the flagship store. (The others are in another atelier in the city.)

The workroom is hidden behind a two-level machiya, the name for a traditional wooden townhouse, on a nondescript street. The dark brown exterior is simple, with a large copper-colored noren, the flaglike curtain typically hung at shop entrances, bearing the simple Hosoo logo. The logo is a mark that Mr. Hosoo’s great-grandfather received from his master once he completed his apprenticeship.

Inside, the two main tatami rooms on the ground floor of the machiya have not been renovated since it was built about 200 years ago. Old family portraits hang on a wall, and a shrine dedicated to ancestors stands in one room. Mr. Hosoo said his 92-year-old grandmother still lived here.

At the rear, there is a green garden and the tile-roofed buildings that house the machines. While the setting is humble, textiles destined for the likes of Chanel, Cartier and Hermès — as well as hotels including the Four Seasons Tokyo and the Hôtel de Crillon in Paris — are created there by some of the business’s 12 craftsmen and women, who range in age from the 20s to the 60s. (The company has a total of 65 employees.)

“We were very lucky to connect with the Peter Marino office who found possibilities for Nishijin textiles,” Mr. Hosoo said. “We still make kimono. That’s our origin, and our mission is to maintain the kimono traditional market, but we expanded the kimono culture overseas through our textiles.”

The company also has collaborated on exhibition pieces with artists such as the filmmaker David Lynch; Mae Engelgeer, a Dutch textile designer; and Teresita Fernández, a visual artist in New York. And its research department is working on projects such as creating color palettes with plant-based dyes and “smart” textiles that can register things like temperature and then adapt to them.

In 2016, Mr. Hosoo joined the Director’s Fellows program at the Massachusetts Institute of Technology’s Media Lab, an interdisciplinary effort to have innovators from around the world focus on contemporary questions.

So, in his own field, would Mr. Hosoo ever use current technology, such as 3-D printing?

“If it can make a beautiful textile, no problem,” he said. But “if there is no beauty for the human, that’s not Nishijin.”