A MUM has been branded "ungrateful" after she complained about the baby clothes she was given as a gift.

Jacy from Texas, who is mum to baby daughter Emmy, shared her video on her TikTok account, justjacythings. 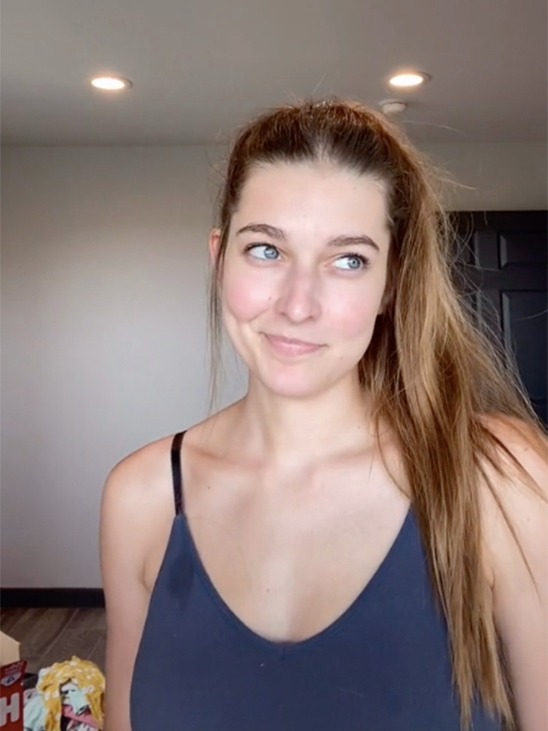 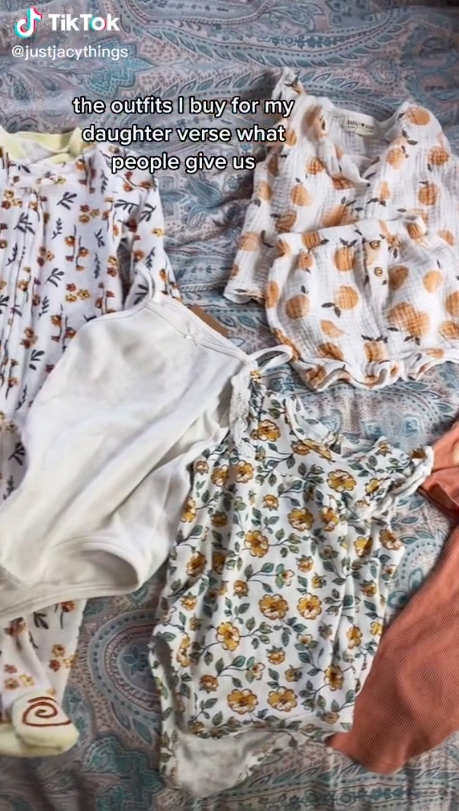 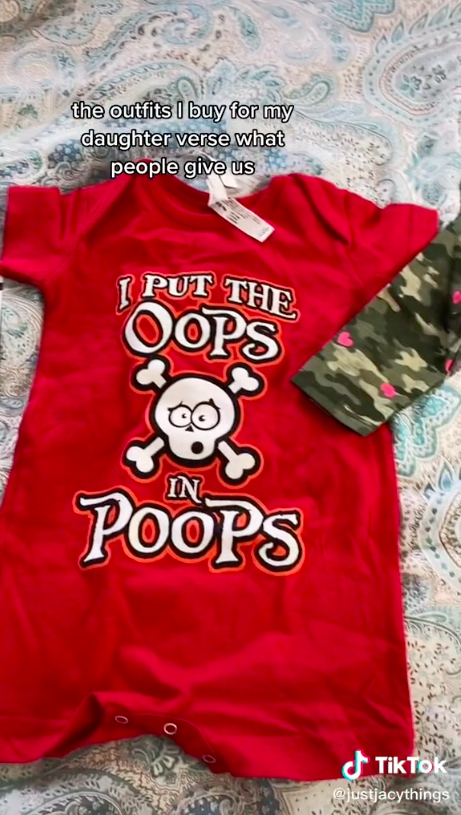 The video raked up over 600,000 views on the popular social media platform.

In the caption she writes: "Does this happen to yall too?

"Don't get me wrong I am thankful!"

Jacy then shows the type of clothing she buys her daughter, which are seriously stylish.

In the video it reads: "The outfits I buy for my daughter verse what people give us."

From classic neutrals to intricate floral patterned onesies and muted pastels, Emmy has a wardrobe to be envious of.

She then shows the clothing items she has received from others for her daughter, which are, erm, more graphic to put it politely.

Some of the items read; 'BOYS ARE EW' and 'I PUT THE OOPS IN POOPS'.

In the comments section, people were quick to call out Jacy for being 'ungrateful'.

One user wrote: "Maybe stop having babies just t use as Instagram props, when did we stop dressing kids like little kids."

Another user responded: "I'll never not think this is ungrateful. If someone put time, money, and thought into a gift for your child you shouldn't go online and publicly bash."

A Third user commented: " As long as my baby is clothed and comfortable I don't care what she's wearing y'all like using your babies as an accessory."

But lots of mums were quick to defend Jacy, saying it's no one else's business apart from theirs and that they too feel this way sometimes.

One user said: "Lmao why are some people so pressed "My BaBy is ClOtHeD I dOnT cARe wHaT tHeY wEaR", no one asked. Love the neutrals btw."

Another user defended the mum saying: "Yeah we call those 'pyjamas'."

A further comment read: "People out here pressed about baby clothes. ok let your grandma pick out your clothes and then go to the bars in it I dare you."

Meanwhile this mum-to-be reveals how she feel pregnant when already expecting, and is now having triplets.

And the mum who admits she is lazy, saying she doesn't play with her daughter and has ditched baby gates.

Plus the 'newborn hug' that calms fussy babies instantly.