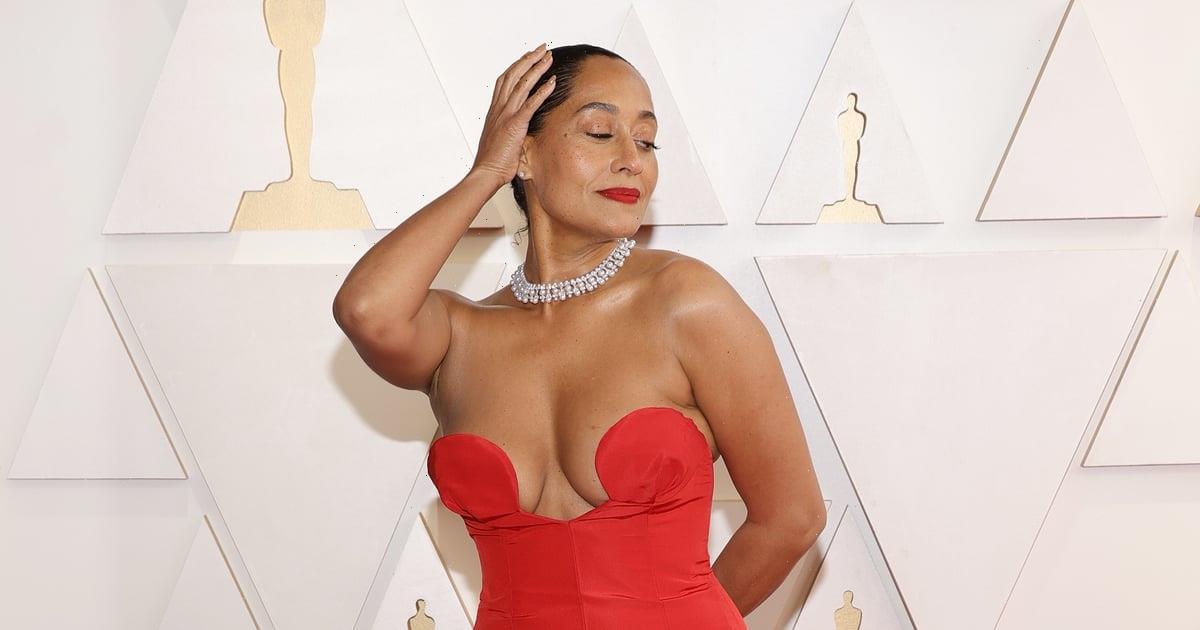 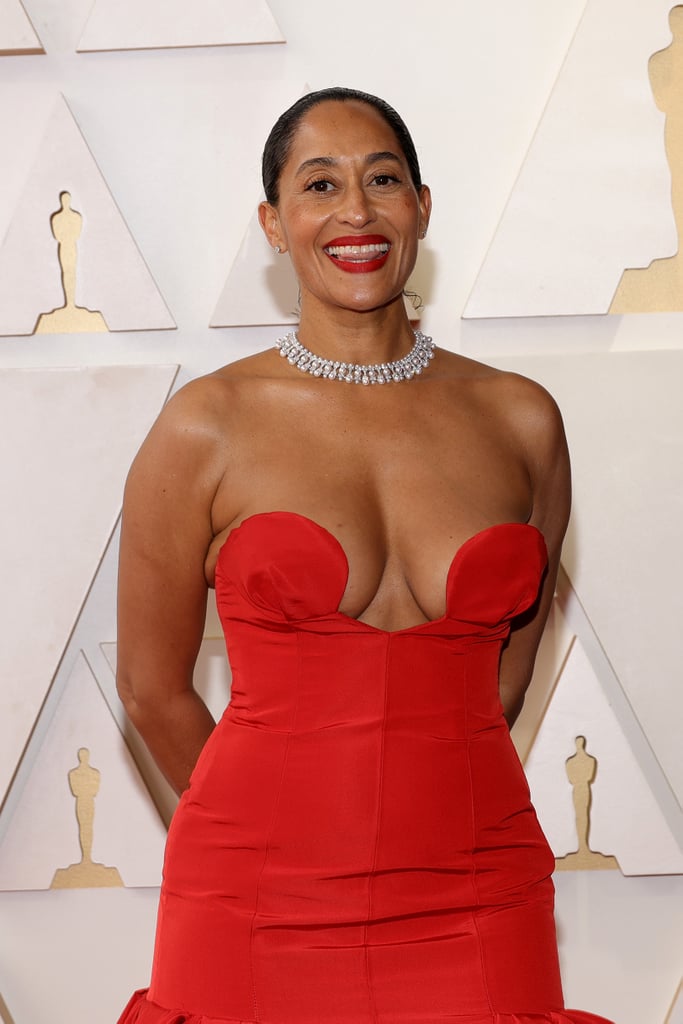 Tracee Ellis Ross blazed the 2022 Oscars red carpet in a fiery red Carolina Herrera dress with a plunging sweetheart neckline, ruffle mermaid hem, and fitted bodice. Keeping with the elegant theme, the “Black-ish” star accessorized with an exquisite diamond and pearl choker necklace by Niwaka and matching ruby-red pointed-toe pumps. With a matte red lip and her curls styled into a sleek low chignon, the actress brought the utmost sophistication to the 94th Academy Awards. Sharing the look on Instagram, Ross wrote, “Oscars, baby!” Indeed, this was an Oscars-worthy ensemble, which stylist Karla Welch pulled straight from Creative Director Wes Gordon’s fall 2022 collection.

Though Ross rocked the look with confidence all night, fans on Twitter were concerned about the revealing neckline. As she took the stage to announce the best adapted screenplay award alongside copresenter Shawn Mendes, people worried the dress would fall down. “Tracee Ellis Ross’ dress deserves an Oscar for how hard it’s working to keep those areolahhhhhs under wrap,” one Twitter user wrote. Another anxiously posted, “Tracee Ellis Ross trusts that dress more than I’ve ever trusted anybody #TheOscars2022.” Luckily, there was no accidental wardrobe malfunction, which prompted many to wonder how stylist Welch managed to keep the neckline in place. Nevertheless, Ross navigated Hollywood’s biggest night with poise, undeterred by it all.

Several other stars opted for red as the color of the night, including Ariana DeBose — who took home this year’s best supporting actress award for “West Side Story” — Rosie Perez, and Jennifer Garner. Considering its association with glamorous red carpet dressing, it’s not surprising to see it come back every award season.