The research found that having sex in a car (30 per cent), sex in a body of water (27 per cent) and using a sex toy (25 per cent) were among the must-try things among couples. 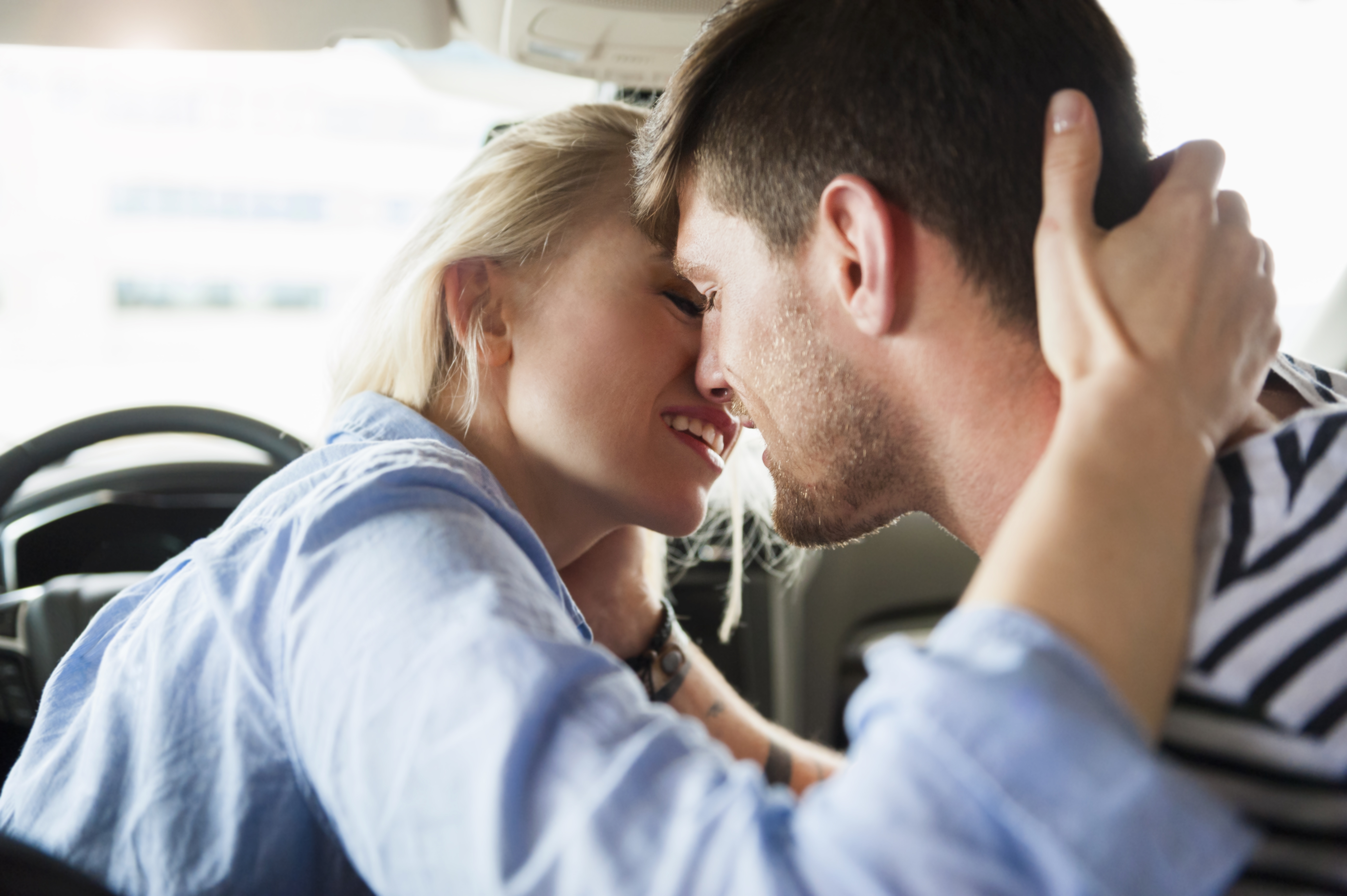 The survey of 2,000 sexually active adults found that 64 per cent have a sex bucket list, consisting of different sex acts and kinks they’d like to try between the sheets.

And it may only be March but already one in four (26 per cent) have already managed to cross an item off their list this year.

But when split by gender, major differences were revealed between respondents’ lists. 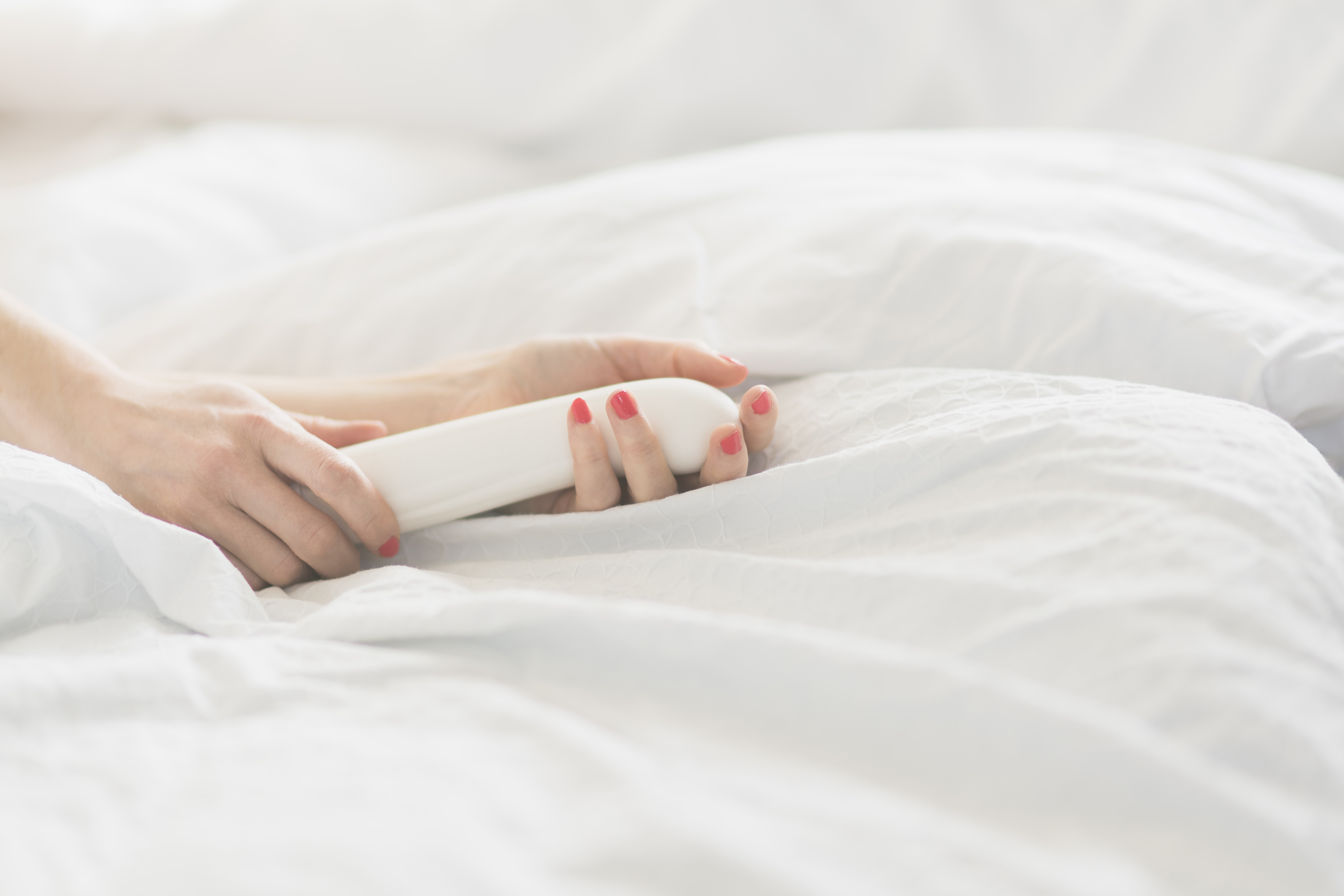 Men were over twice as likely to have a one-night stand on their list (26 per cent compared to 11 per cent), and making a sex tape was in men’s top 10 but not women’s.

But women’s top 10 included having a sexy photoshoot, roleplay and experimenting with restraints (blindfolds or handcuffs).

The survey also examined how adventurous Americans are in the bedroom and their sexual hopes for this year.

In addition to their sexual bucket lists, 24 per cent of respondents have experimented with a new kink this year and 32 per cent have already tried a new sexual position — with men almost twice as likely to report either of these. 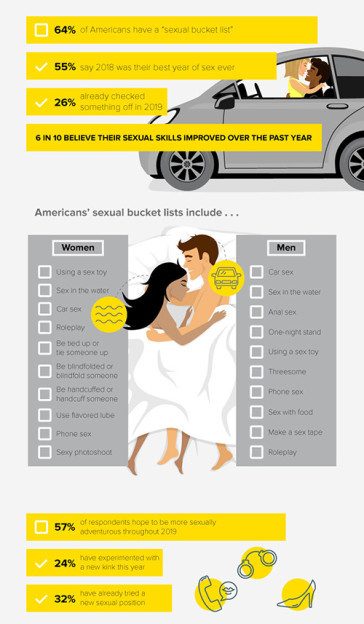 It’s not surprising that Americans are trying new things in the bedroom, with respondents saying their top regret from last year was not having as much sex as they would have liked (35 per cent).

And 64 per cent say they wish there was more variety in the sex they have with their partner. To remedy this, 57 per cent of respondents hope to be more sexually adventurous this year.

“One of my top pieces of advice for enhancing sex is to use lube every time. Just a couple drops can make all the difference, especially when it comes to trying something new. Even if you don’t think you ‘need’ it, you want it. Trust me.”

And while their sexual bucket list might not be completed just yet, Americans still had a good year when it came to their sex lives according to the study.

But just because respondents didn’t try everything they wanted in the past year doesn’t mean it wasn’t a good year for Americans’ sex lives.

Six in 10 say their sexual skills improved over the past year, and 55 per cent agree that 2018 was their best year of sex ever.

Additionally, over the past year, respondents learned what makes their partner feel good (46 per cent), more about what they like (43 per cent) and became more adventurous (37 per cent).

“Creating a sexual bucket list is a great way for couples to share and explore fantasies in the bedroom (or outside the bedroom!),” Morse added.

“Start simple — each write down three things, compare notes and pick something new to try!”

This article was originally published in the New York Post and has been republished with permission.

In other relationship news we reveal the eight apps that are guaranteed to recharge your sexual batteries in the bedroom.

Elsewhere a couple have claimed that their sex life has been transformed after the boyfriend had a vampire penis jab which made his manhood bigger.