Tiny Harris scored a total touchdown when she wore this fringed black mini dress to perform the national anthem at the Atlanta Falcons game. Daughter Heiress looked adorable, too!

Wherever she’s going, Tiny Harris always makes sure she’s dressed to the nines, and her Sunday at the Atlanta Falcons game was no exception. The Family Hustle star, 45, gave a sneak peek on Instagram at what she was wearing to later sing the national anthem with Xscape at the December 6 game, and it was killer. Tiny stunned in a fitted, black mini dress decked out in fringe and beads on the hemline, along with black stilettos fitted with shimmy fishnets covering her calves.

She wore her long, orange hair up in a very Ariana Grande-esque high ponytail, and completed her look with nude lipgloss and lavender eyeshadow. Yes, Tiny looked fabulous, but she was upstaged by someone else before the game began: her adorable daughter, Heiress Harris. Tiny posed with her precocious four-year-old on the football field, and the cuteness was almost too much to handle.

“On the 50 yard line with the real superstar, my @heiressdharris,” Tiny captioned her photos from the event, which showed little Heiress all bundled up in an oversized winter jacket and bright red Ugg boots. She even shared some cute photos of Heiress posing with the Atlanta Falcons cheerleaders, carrying her own pompoms. She captioned the photo “The Real MVP”. 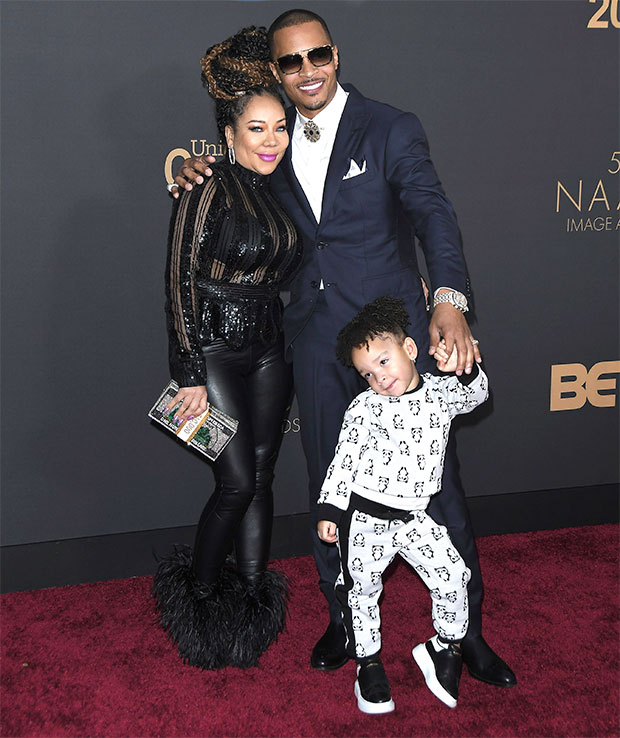 She’s got a promising career as a cheerleader, or even a member of Xscape, in her grasp. Heiress actually “taught” her mom how to dance on Instagram! There’s apparently only two moves you need to know to be the best dancer in the biz: put your hands in the air and “shake your body.” Good tips!