WITH washboard abs, toned arms and endless legs, model and TV personality Vogue Williams has the kind of physique many of us dream of.

And after giving birth to a little girl named Gigi Margaux just six weeks ago, the blonde beauty showed off her flat tummy on Instagram. 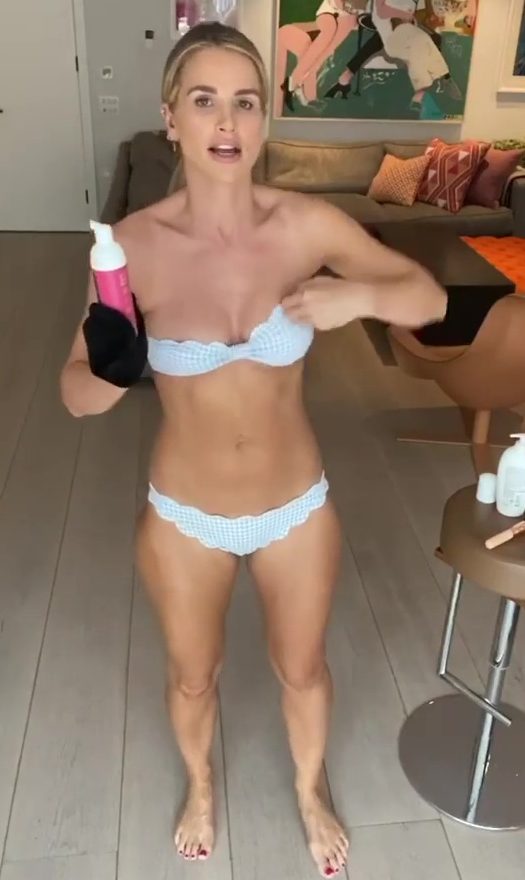 But the 34-year-old, who is married to ex-Made in Chelsea star Spencer Matthews, has since been shamed for her lean physique by cruel trolls.

Now, we've taken a closer look at what Vogue does to maintain her enviable bod. 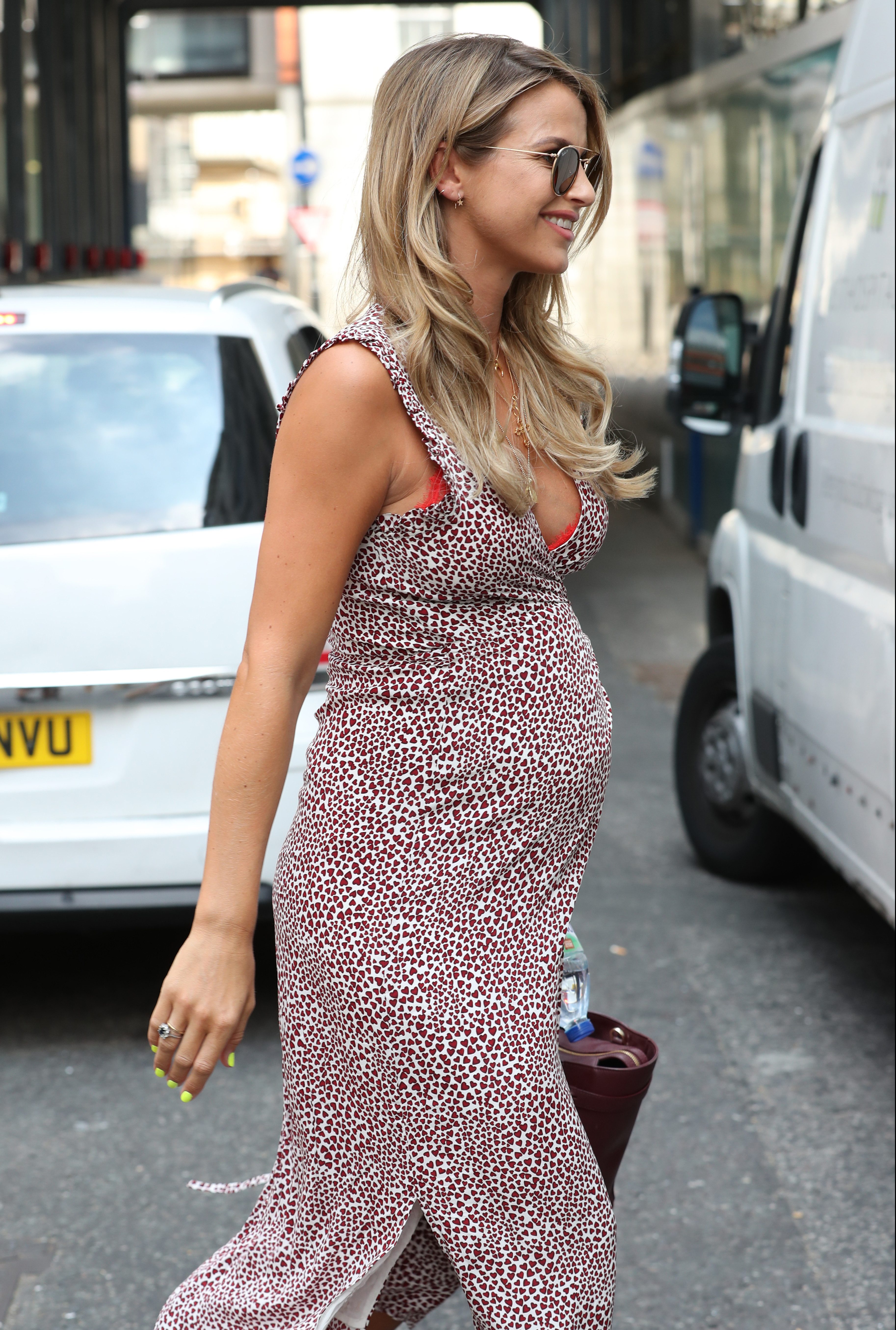 While many expectant mums scale back on working out because their blooming bumps get in the way, fitness remained a pillar of Vogue's routine while carrying both her babies.

Vogue admitted to constantly working out prior to both pregnancies, telling the Sun on Sunday she exercised 'every single day' from seven weeks into pregnancy, although she modifies moves to be pregnancy-safe.

What's more, she wanted to do a spinning class on the day baby Theo, two, was born – and she only missed out because she had to be induced.

The model told Grazia she struggled to adjust to 'bloating' in early pregnancy.
"Once I was back training and being a bit more active, I felt really good." 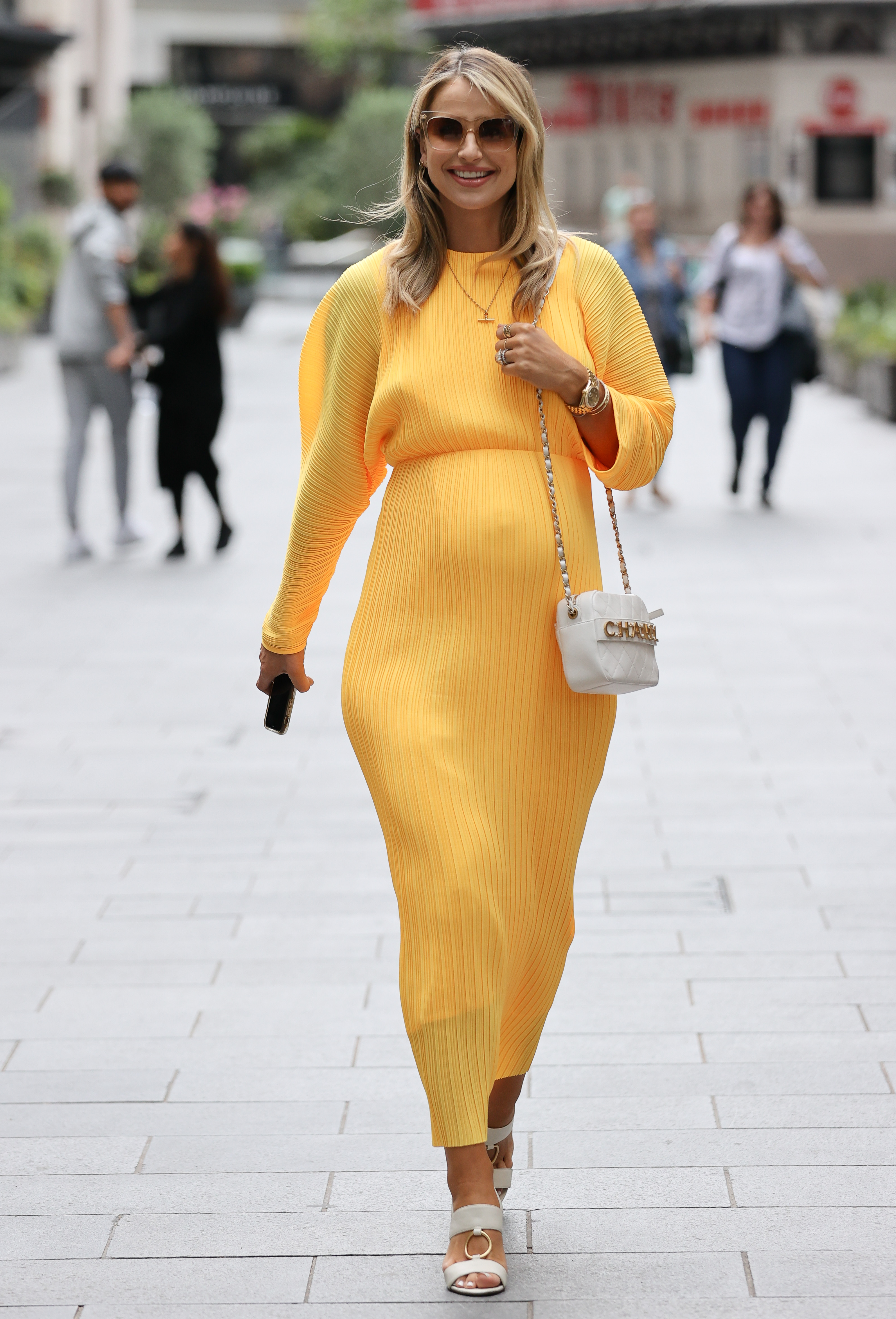 Known for her gym-honed muscles and flat tummy, Vogue is the first to admit her figure is the result of hard work, with the model scaling back workouts from six days a week to four.

The TV star told Grazia she was more than happy to jump headfirst into exercise as soon as she was able to, opting for spin classes, boxing, pilates, resistance training and walking her dogs, Winston with Theodore. 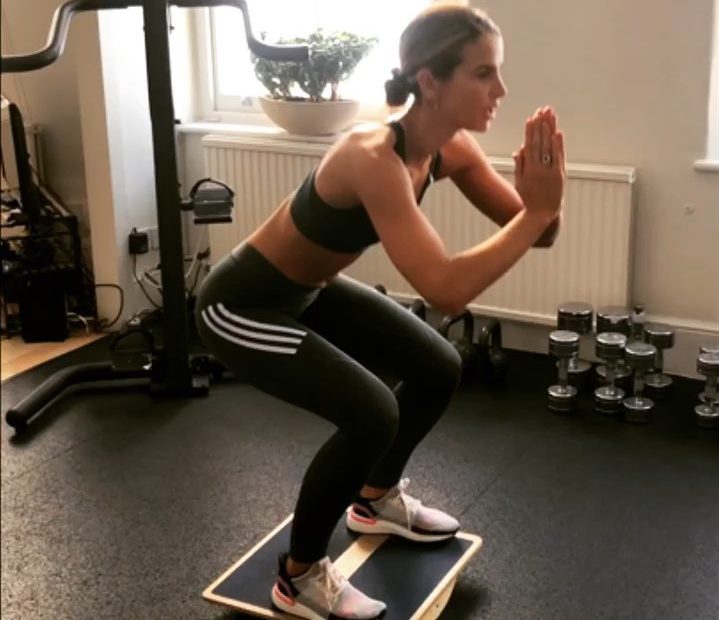 The fitness fanatic loves to mix up her workouts and doesn't see the point in slogging away for hours on one machine.

She told Independent.ie: "I do a lot of classes that incorporate the same types of training.

"You will never see me on the bike or treadmill for long periods of time; I just use them for one-minute sprints between sets." 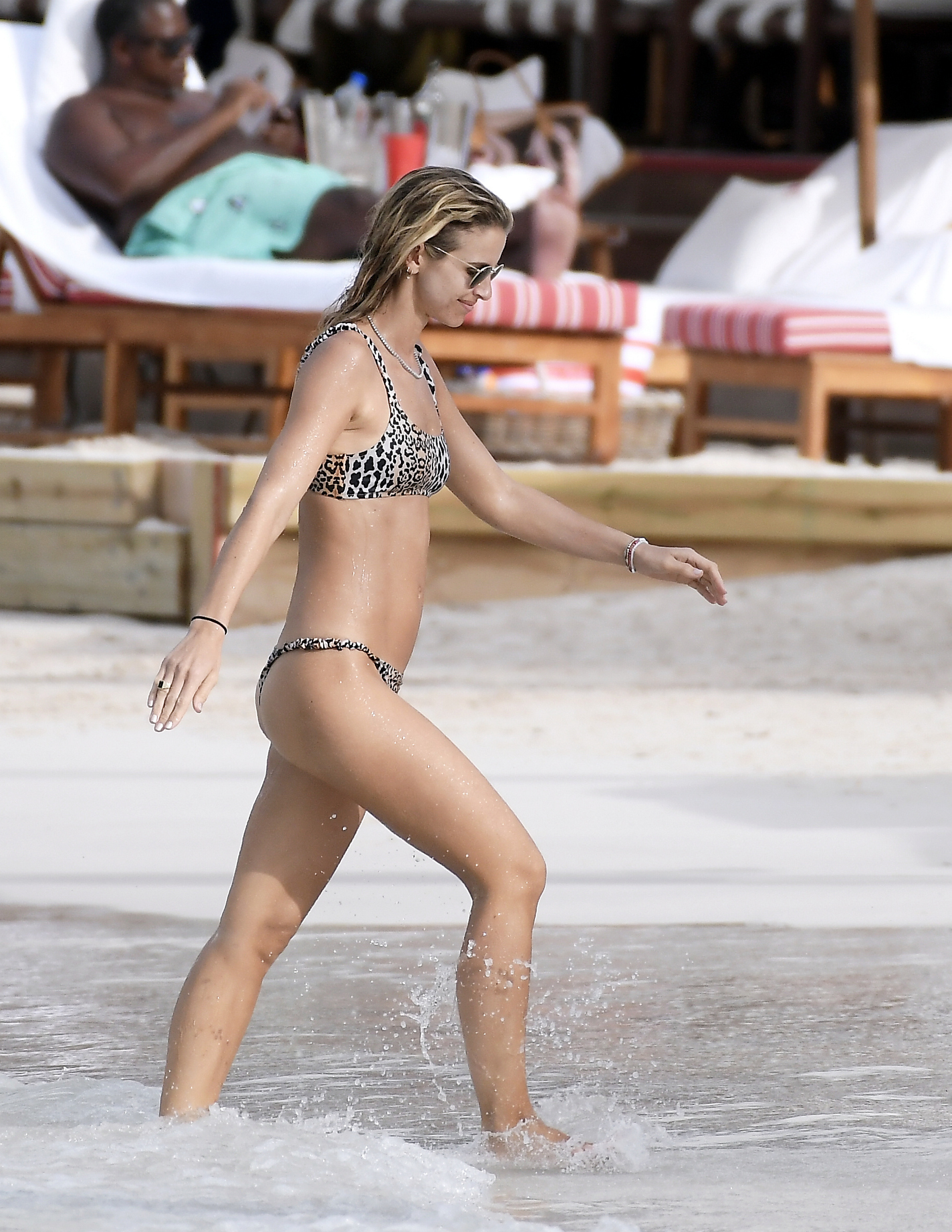 Vogue has never indicated a preference for any fad diet, opting to eat healthily '80% of the time,' eating 'clean' in the week and allowing herself occasional treats when she fancies it.

She previously slammed quick-fix products like flat tummy shakes and diet suppressants, telling her 822k Instagram followers: "If you want to tone up and lose weight, move more and eat healthily.

"It’s a slower process than a full on diet but the results show and last longer."

Vogue’s day on a plate

Breakfast: Egg and avocado on two slices of toast and a giant mug of tea.

Lunch: Soup or a sandwich.

Snacks: Hummus and oatcakes or berries.

But the model loves a hard-earned cheat day every once in a while, loving everything from burgers to Chinese takeaways.

She said: "I don't deprive myself of something if I really want it; I'll just be better the next day."

For more celebrity health and fitness news, find out about Adele's staggering seven-stone weight loss, thanks to the sirtfood diet.

And we revealed how Rochelle Humes has embraced her pregnancy body, while hubby Marvin loves her bigger boobs.

Meanwhile, Laura Hamilton reveals how she’s embraced her curves and big boobs after years of dieting.