It was only in 2015 when Madeline Stuart became the first model with Down syndrome to ever walk in a New York Fashion Week show. Since her debut, the Australia native has appeared in over 60 shows internationally. In September 2018, Special Olympics gymnast and model Chelsea Werner, who also has Down syndrome, starred in American Eagle’s #AerieReal campaign. One month later, the athlete graced the September cover of Teen Vogue, marking one of the only times a model with a disability has graced the cover of a fashion magazine. Then in January 2019, Kate Grant was named as an ambassador for Benefit Cosmetics, after becoming the first person with Down syndrome to win an international beauty pageant only six months prior.

Nearly 6,000 babies are born with Down syndrome every year in the U.S. alone, according to the U.S. government health figures, yet people will the condition are rarely represented in the mainstream fashion industry. But thankfully, The Radical Beauty Project is trying to change that by creating a platform for people with Down syndrome to be regularly featured in independent fashion shoots and, according to Radical Beauty’s site, "provide an alternative vision for beauty" by publishing a photo series that stars people with Down syndrome. Initially launched in 2016, the photo series was an offshoot of the Culture Device Dance Project, a U.K.-based contemporary dance company for professional dancers with Down syndrome.

Daniel Vais, the founder of the project, tells Bustle that he came up with the concept while working as a choreographer at the Culture Device Dance Project. Originally, Radical Beauty started off as an Instagram page, which now has over 2,000 followers. But Vais is also hoping to release a coffee table book with images from the project to create more visibility for models with Down syndrome.

But "it’s not only about the physical book," he says. "It’s about the beautiful community that [we’re building] from around the world." 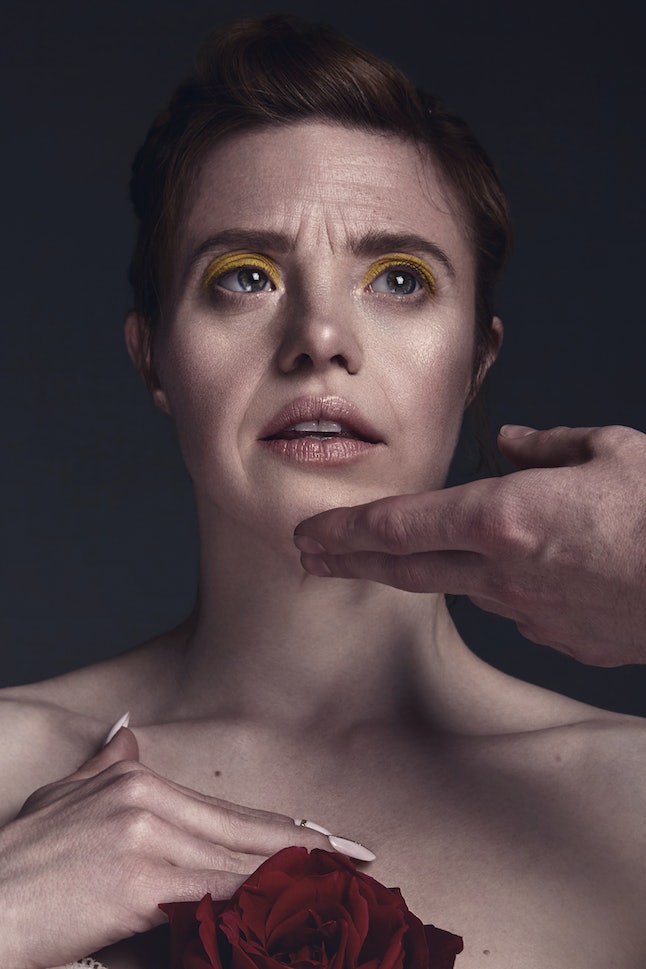 Actress Sarah Gordy, who became the first woman with Down syndrome to be made a member of the Most Excellent Order of the British Empire in 2018, was cast as a model in the Radical Beauty Project after she had been dancing with Culture Device for years.

"I am happiest when I am with creative people," Gordy tells Bustle. "[I loved] the way how the [photographers] looked at me, finding something in me they want to capture."

Over 60 photographers have shot images for the project, according to Radical Beauty’s website, and Gordy is one of dozens of people with Down syndrome who have modeled for the endeavor. 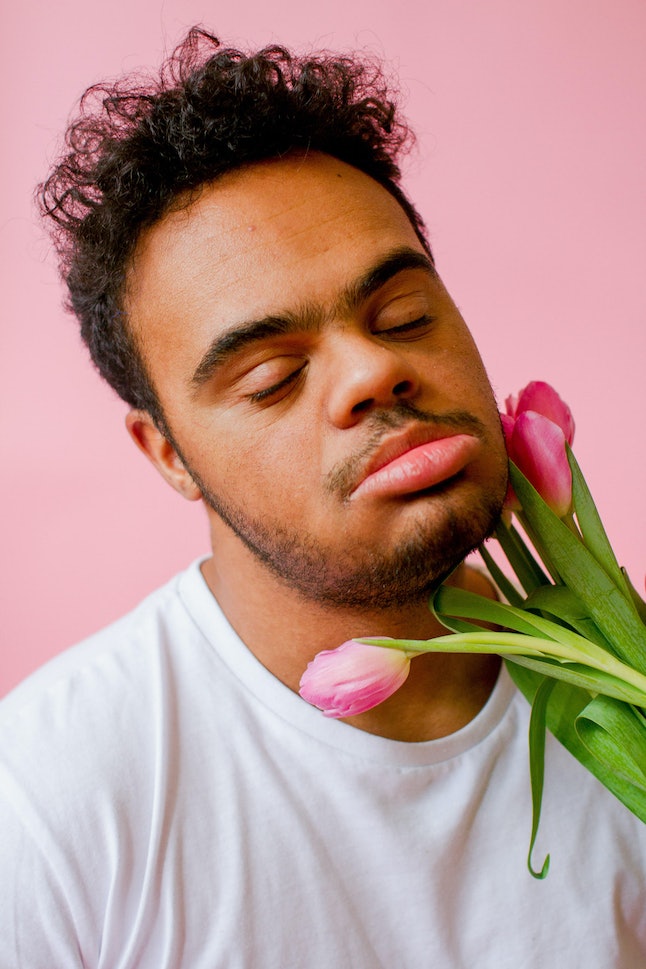 Dutch visual arts photographer Marinka Masséus worked on four shoots with five models for Radical Beauty, and now is continuing to advocate for people with Down syndrome to be able to work in tandem with mainstream models. "I ask for a lot from my models, in terms of patience and endurance, and these shoots were no exception," she tells Bustle, adding that it’s time to bring people with a diverse array of disabilities into the fashion world.

Masséus felt so connected to the endeavor that she created Chosen [not] to be in 2018, a series of photos for the Radical Beauty Project, which, according to her website "reflects on the reality of people with Down’s [sic] Syndrome — the barriers they face, society’s refusal to see their capabilities, the invisibility of their true selves — and translates their experiences visually." Her project will also act as an extension of Radical Beauty in an online capacity. "[Through these images], the model’s wish is to make people see beyond their preconceived notions," she explains. 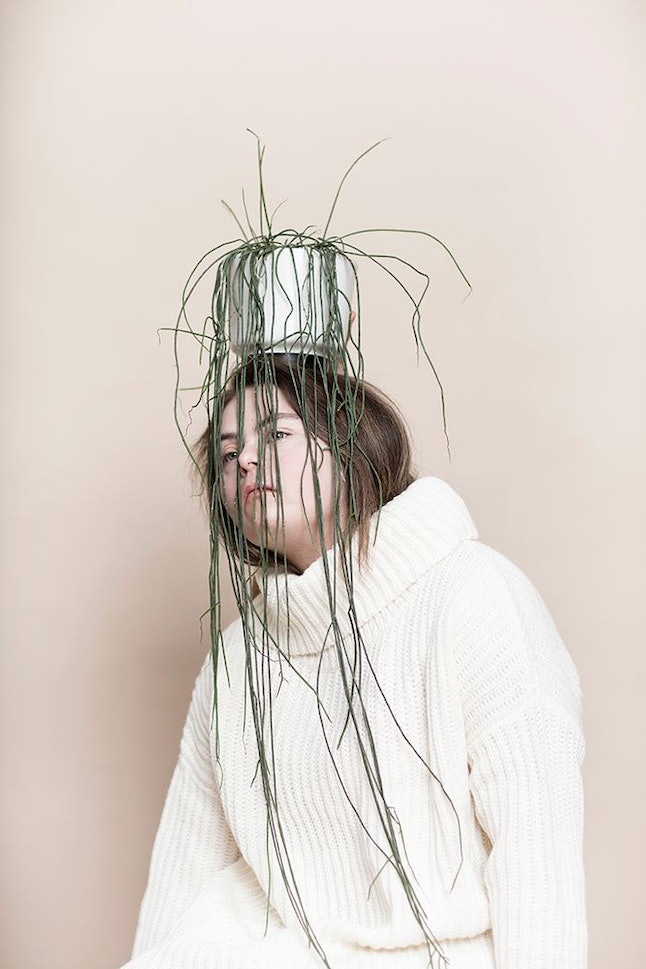 Other respected photographers like Elizaveta Porodina, Eva Al Desnudo, and Samuli Karala, who’ve worked on campaigns for brands including Louis Vuitton, Bloomingdale’s, and Chanel, respectively, have all donated their time to help the project come to life. Each used their years of expertise to give the overall project a high-fashion finish.

And the project has received notice from the photography community. A photo from the series by Liron Weissman of Tali Mualem and Ehud Ratzona, a married couple who both have Down syndrome, was selected to be featured in an exhibition at the Local Testimony gallery in Israel. And on Feb. 14, Cambridge University Student Union and Cambridge University Photographic Society will host a conversation about the project with Gordy and Vais, as well.

Still, Vais says he isn’t necessarily looking for any approval from outsiders. "This project is creating the future of fashion,” he says, adding that he thinks of the photos as both avant-garde and punk, seeing as it strays from the typical beauty standards the fashion industry has long been known for. "I think people should look at beauty from an individual point of view," he says.

The Radical Beauty Project is still ongoing, and Vais has no plans to call it quits any time soon — even after the coffee table book is published. "It’s not a one-off," he explains. "It has a history, a present, and future. We are making space for people with Down syndrome in high culture. We are carving it, we are demanding it, we’re making it. We’re not asking for it, we’re not begging for it, we’re not asking for permission — we’re creating it."