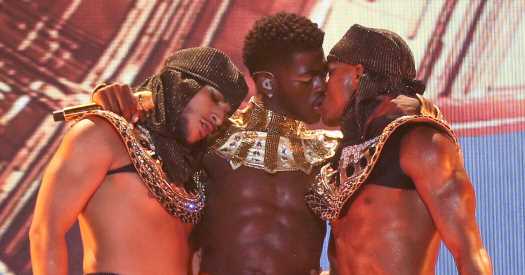 Given everything that happened at Sunday’s BET Awards, one would be forgiven for needing some time to process.

First up was the red carpet: a mind-boggling mix of stunners and head scratchers. Zendaya showed up sheathed in a sheer Versace dress worn by Beyoncé for a BET performance in — get ready to feel old — 2003. (We thank Zendaya and her stylist, Law Roach, for pulling the look, but we didn’t need to feel so aged.) 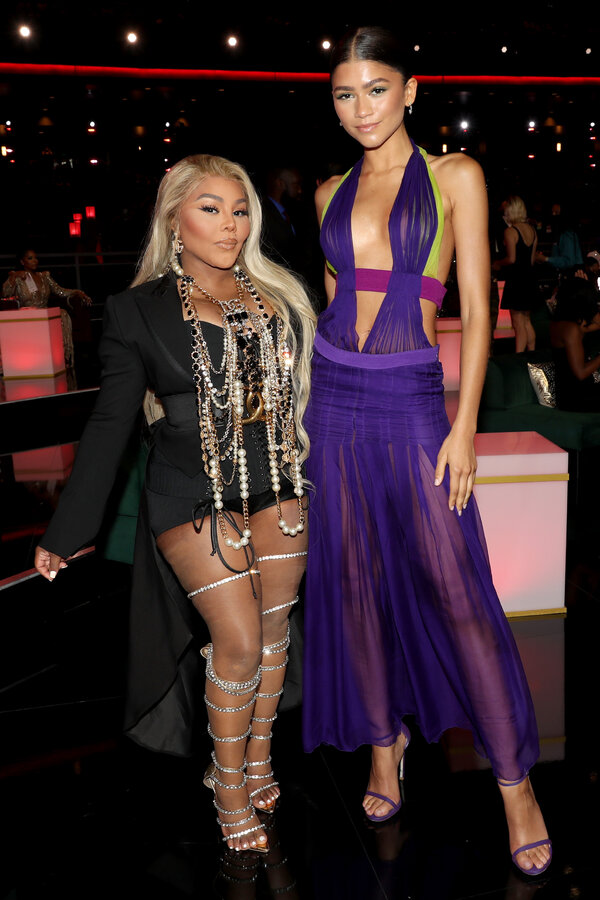 Lil Nas X impressed viewers with a quick on-the-carpet outfit change, from a floral-print suit into a ball gown by the designer Andrea Grossi that included a bolero jacket, suspenders and a full skirt. He tore up the red carpet up and trolled his critics online.

Issa Rae, another standout, wore a white blazer dress with exaggerated shoulders; the look screamed Hollywood boss, and appropriately so.

Many other attendees left those of us watching from home wondering if the celebrities were, as one writer put it, “social distancing from their stylists.”

After the step-and-repeat, things really got started. The show, which had billed itself as a celebration of Black women and the biggest night in culture, was full of surprises — some planned and others clearly unintentional. (As usual, there were plenty of missed cues and technical difficulties.)

During a performance by the Migos, Cardi B walked onto the stage in a bedazzled black Dolce & Gabbana jumpsuit that revealed her belly and announced, visually, that she was pregnant with her second child.

The night’s host, Taraji P. Henson, gave us look after look, wig after wig. DaBaby’s locker room-themed performance had chaotic-good energy and a dancer moving around the stage in a giant baby costume, thrusting his hips to the beat.

But the funniest part of the night was when the camera panned down to Representative Maxine Waters and her back was facing the stage. (She was probably watching a screen, but it’s funnier to imagine she was just ignoring the action.)

There were other memorable moments, including when Megan Thee Stallion — the night’s biggest winner — took the stage in a waist-length blond wig, a patent leather bodysuit and killer shades. She delivered bars, looks, choreo and met all her cues. We stan a rehearsed queen!

Tyler, the Creator performed “Lumberjack,” from his latest album, “Call Me if You Get Lost,” giving us Hollywood production to the point where some wondered whether Steven Spielberg was behind the setup; the rapper showed up onstage, seemingly in the middle of a twister, in a vintage blue-green car.

R&B showed signs of life when Jazmine Sullivan and Ari Lennox performed “Sit on It,” from Ms. Sullivan’s album “Heaux Tales,” which felt like a strong warm hug, and after the last year and a half we all had, we could use a lot more of those.

Lil Nas X hit the stage in a Michael-Jackson-in-“Remember the Time”-inspired ensemble. In a gold ancient-Egyptian-style costume, complete with a cobra headband, he writhed to his latest single, “Montero (Call Me By Your Name).”

Toward the end of his performance, he climbed a set of stairs that resembled ruins while casually twerking. (Yes, he’s a hero.) As the song ended, he turned to the dancer on his right and, in true Madonna-and-Britney fashion, gave him a passionate kiss.

On Twitter, viewers applauded Lil Nas X for his fearlessness. (Others were not as excited about the performance, but that was part of the point: to troll them.)

At this point in the night, people were losing it on social media, but there were still several surprises to come: Ms. Henson giving an odd lesson on twerking; the cast of Tyler Perry’s “Sistas” presenting the best international award while dragging Monique’s latest take on Black women wearing bonnets in public; and a star-studded memorial for DMX, who died in April, which included Busta Rhymes doing his own rendition of “Up in Here” and a prerecorded prayer by the late rapper.

By the time BET honored Queen Latifah with a Lifetime Achievement award, we were worn out.

After being celebrated with covers of her music by Lil’ Kim, MC Lyte and Rhapsody, Queen Latifah shed a few tears during her acceptance speech. It ended with her saying “Happy pride!” with a peace sign and a wink. We hear you, girl.