THE world's biggest Primark has just opened in Birmingham city centre – and from a Disney cafe to a hair salon and even a pizza restaurant, it certainly seems the high-street giant has thought of everything.

But one shopper seems to have spotted something Primark has overlooked, after pointing out a huge blunder on one of the store's free water dispensers. 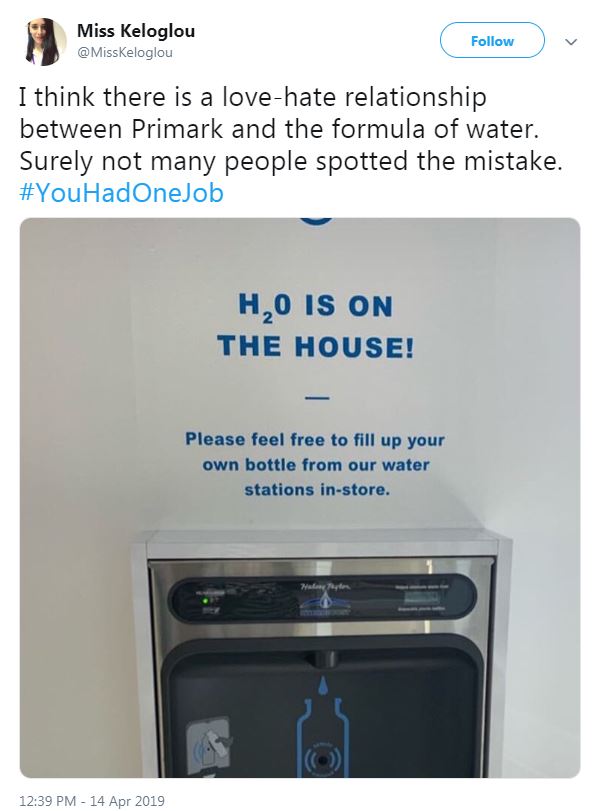 Chemistry teacher Miss Keloglou – from Bath – discovered the mistake on Instagram after Primark posted a story of one of their water machines.

The water fountains – which along with free WiFi and phone-charging points – are dotted around the store, encourage shoppers to fill up their bottles, noting "H20 is on the house".

But, as Miss Keloglou pointed out on Twitter, the correct scientific formula for water is H2O – with the letter O, not the number zero.

This is because the O stands for one oxygen atom, which coupled with two hydrogen atoms, makes a water molecule. 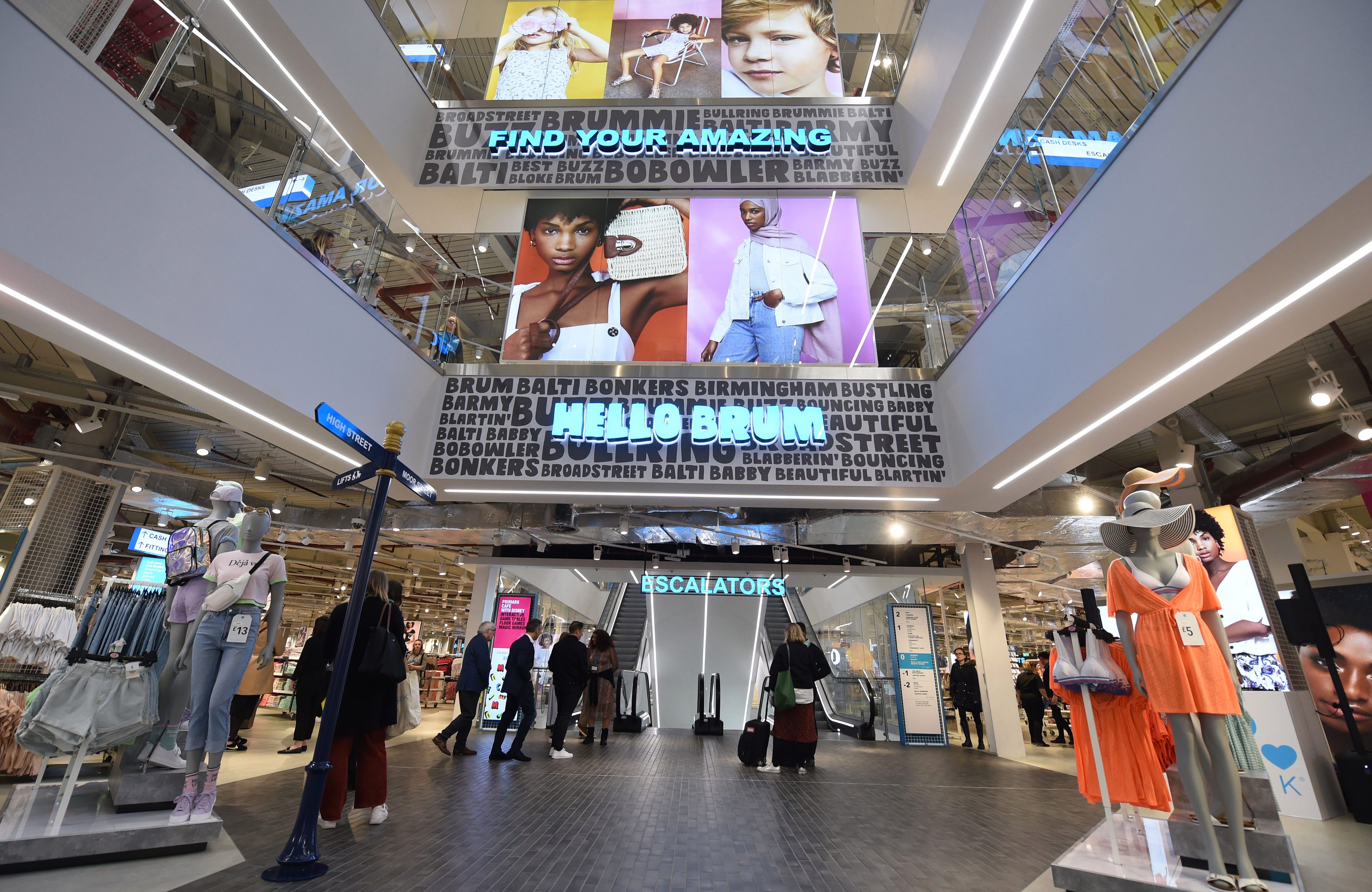 Taking to Twitter, she wrote: "I think there is a love-hate relationship between Primark and the formula of water.

"Surely not many people spotted the mistake. #YouHadOneJob."

While some of her followers were baffled, one pointed out the blunder: "It's a 0 not an O."

And it's not the first time the teacher has spotted a chemistry-related blunder. 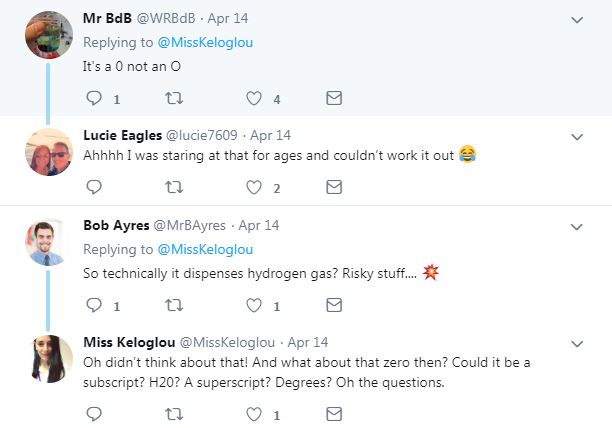 Earlier in the week she tweeted a pack of Primark's "H2OHH" Micellar face wipes.

"Found a H40 molecule in the biggest Primark of the world," she joked.

A teacher pal replied: "Will probably feature in AQAs 2019 papers."

While another said: "@Primark helping kids learn chemistry (incorrectly) since 2019!"

Earlier this week, we told you Primark is selling a mermaid swim outfit for just £10.

And we showed you the world’s biggest Primark will have a Disney cafe featuring ‘Mickey Mouse-themed food’ and ‘waiters dressed like Princesses’.