TINDER is a hot bed for unsolicited d*** pics – and now one creep has used a woman's plea for help with her tech problems as an excuse to send a very X-rated message.

Beauty blogger Megan, a student at Virginia Tech, US, used her Tinder bio to beg blokes for advice after her Wii unexpectedly refused to play in colour. 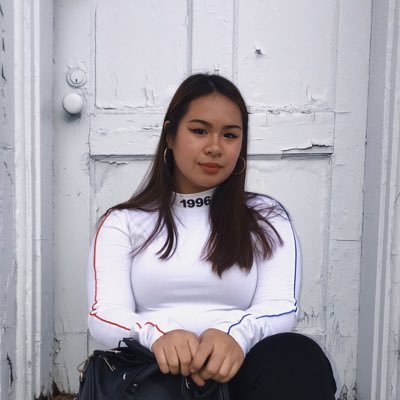 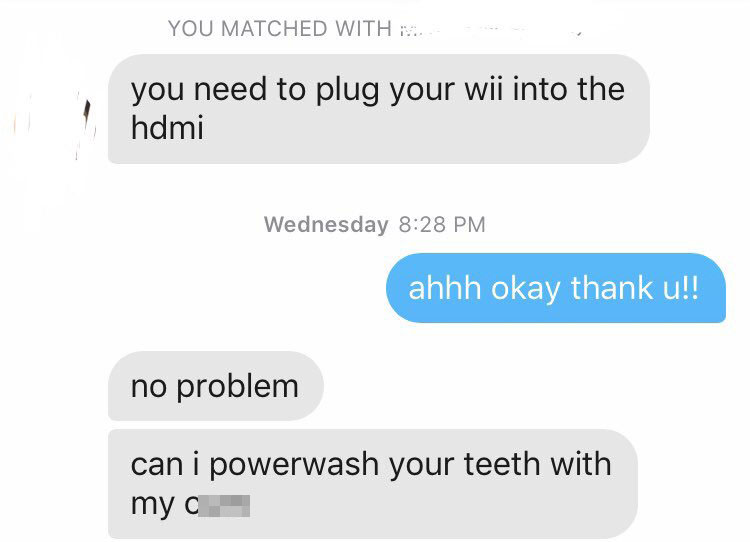 The 20-year-old wrote: "Someone PLEASE help me with my wii its only showing in black and white im very serious abt this".

And wannabe Prince Charmings were soon rushing to her defence, offering advice like: "Have you got the AV cable plugged in??" and "Sounds like your wii is on the wrong TV output".

One bloke suggested: "Your wii component cord is probably f***ed up tho you can order one from amazon or walmart for like $10 (£7.50)" while a computer engineer even offered to take a look.

When the creepy lad in question suggested Megan should "plug your wii into the hdmi", she replied: "Ahhh okay thank u!!" – despite having already fixed the problem by buying a new component cable. 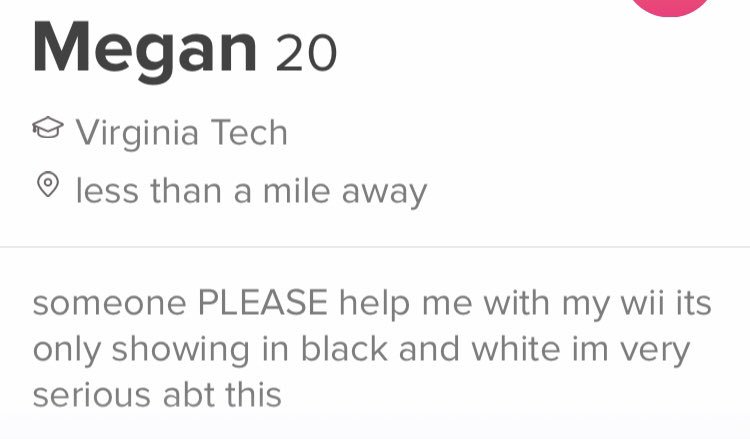 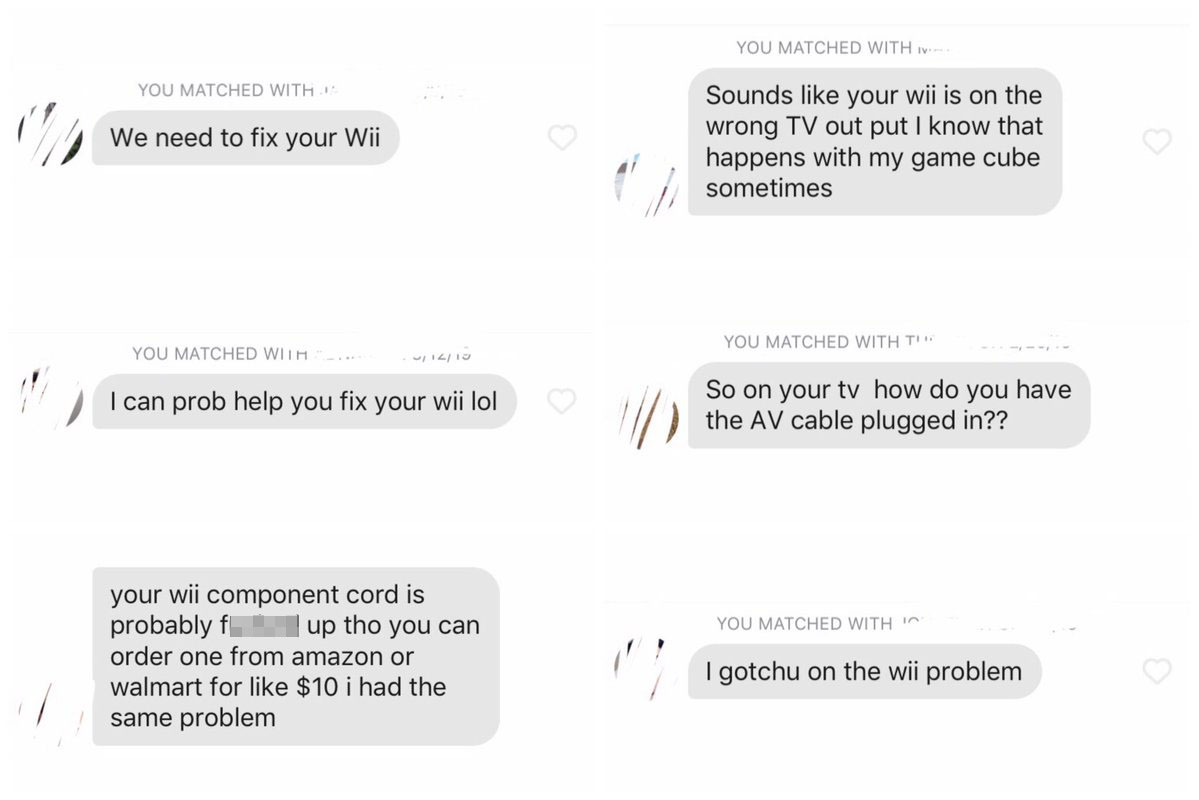 But then lad said: "No problem. can i powerwash your teeth with my c**?"

A horrified Megan shared screen shots of his messages, as well as the genuinely helpful ones, on Twitter.

She wrote: "My wii is finally in color so i’d like to take a moment to thank the men of tinder, really helped a girl out".

And people found the entire exchange hilarious, with the tweet soon racking up nearly 100,000 likes and more than 6,800 retweets.

Responding to the messages, Megan's followers wrote: "The last one had me SCREAMING ilysm (I love you so much)."

The last one had me SCREAMING ilysm

I was thinking “awww how sweet” and then I got to that last one like pic.twitter.com/UPIKnisxry

can i power what? pic.twitter.com/PAlScMuKOz

Another woman wrote: "I was thinking 'awww how sweet' and then I got to that last one like" alongside a picture of a shocked Pikachu.

At least Megan knows there are some white knights out there ready to jump to her rescue… most of the time.