Andrew Davies, 20, was just 13 years old when he was diagnosed with acute myeloid leukaemia in September 2012. 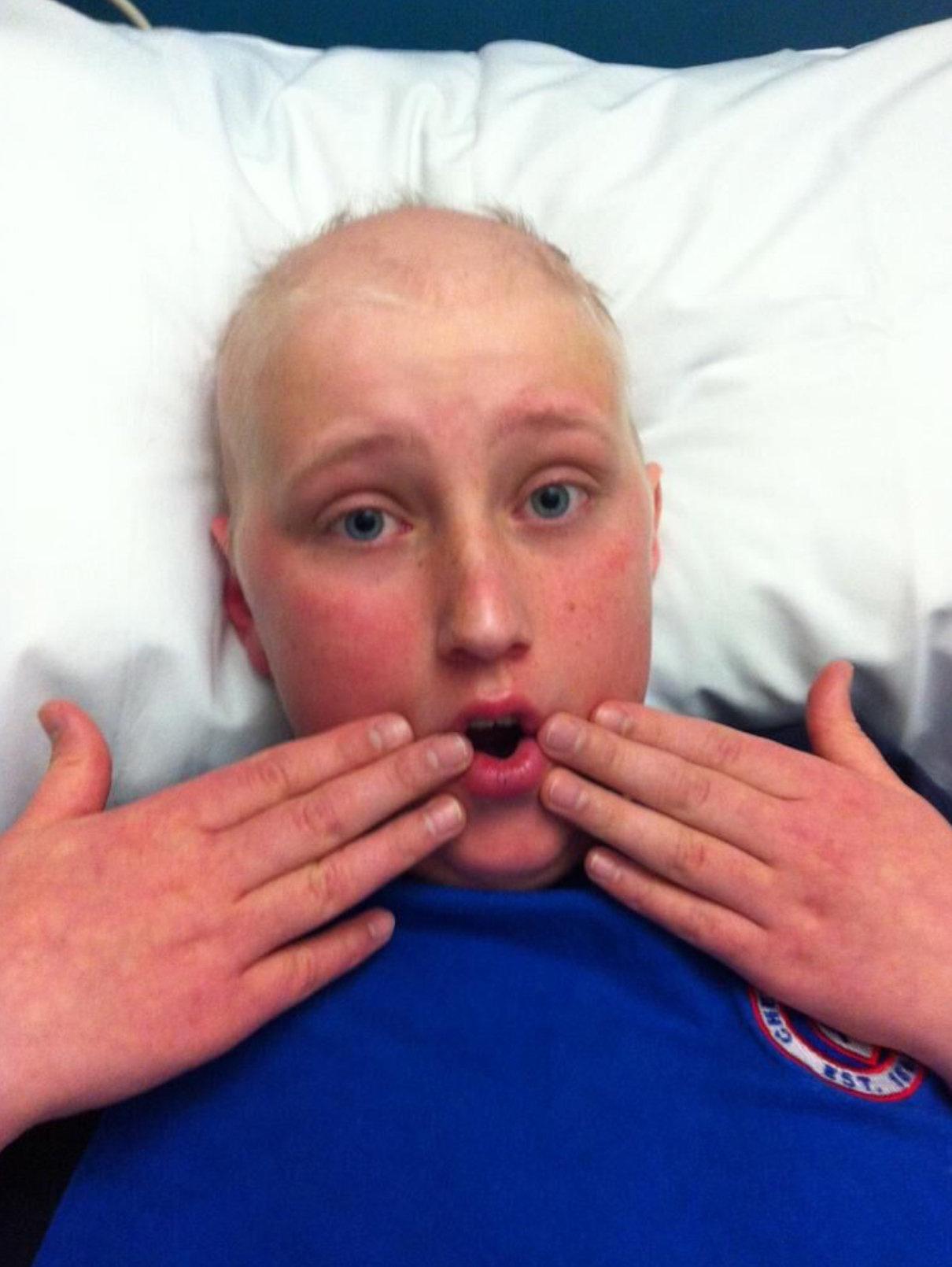 He underwent a bone marrow transplant in January 2013, spending 25 days in isolation.

Driven by his gratitude for the care he received and wanting to help others in a similar position to himself, Andrew pledged to raise the cost of his life-saving bone marrow transplant to the NHS.

However, when Andrew asked his nurse Julie at Sheffield Children's Hospital how much the transplant would cost, his mother Alison "almost started choking". 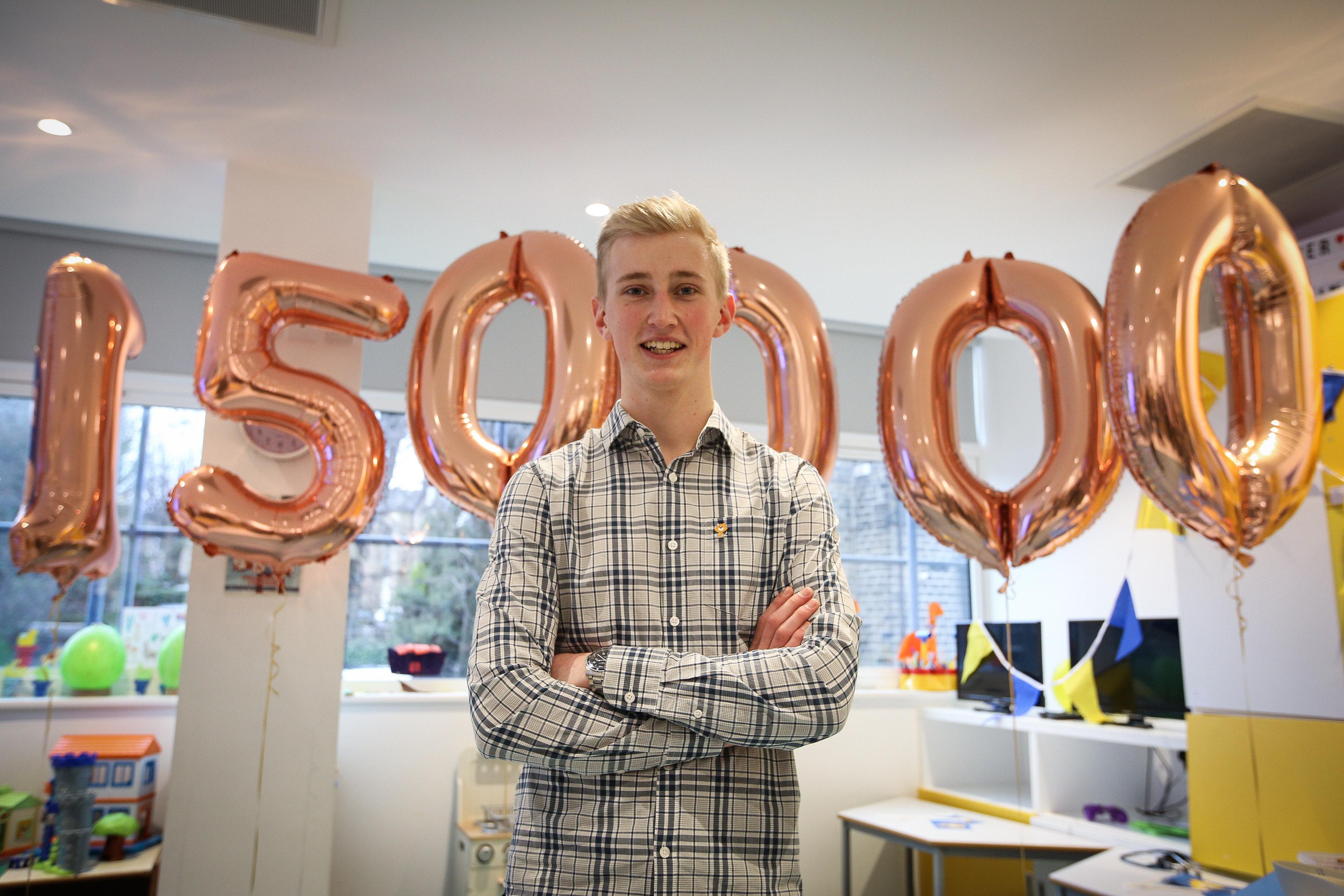 Andrew said: "She told me my surgery would cost the NHS £150k. That is when I knew what I had to do.

Determined Andrew has now reached the incredible target six years later – which will be split evenly between leukaemia research and the Cancer Ward at the Sheffield Children's Hospital.

She told me my surgery would cost the NHS £150k. That is when I knew what I had to do. I had to repay them.

His fundraising highlights include coast-to-coast cycle with his brother James from Liverpool to Skegness and walking the Dales Way..

Andrew said: "I've had fantastic support from so many people.

"Friends and family have ran marathons, held gala balls and raised money in lieu of presents. 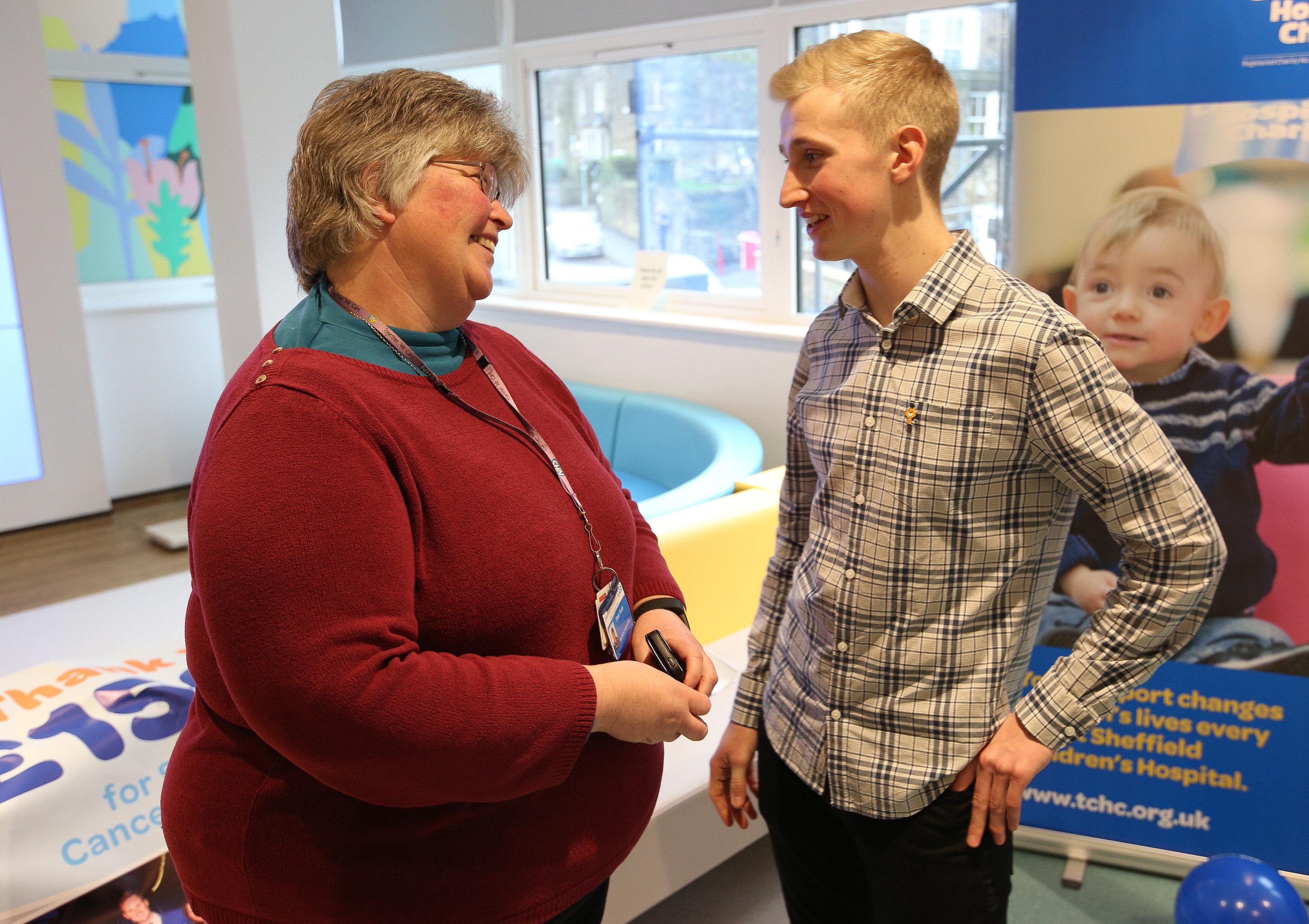 Andrew's form of cancer was caused by the rapid growth of abnormal white blood cells in the bone marrow and blood.

He was given the horrific diagnosis just months after he became a teenager in September 2012 and within a month, concerned friends and family began to fund raise for charity.

Andrew, who is currently studying for a sports science degree at Liverpool John Moore's University, said he began feeling unwell during the Summer of 2012 after playing sport. 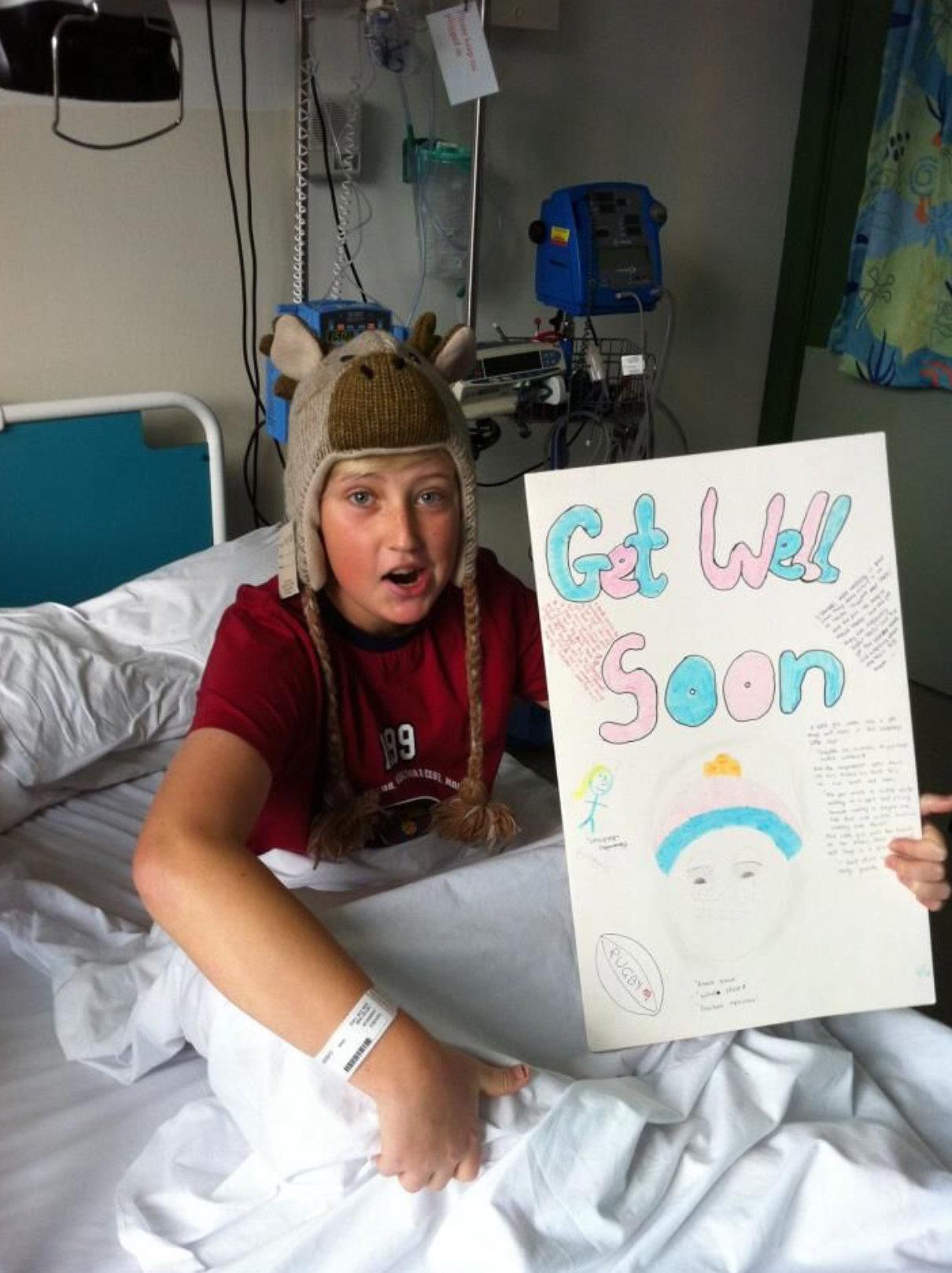 He said: "I started to become very tired and lethargic and didn't really know what was wrong.

"My mum told me I should go and get a blood test before I was due back at school so I did in September.

"We got a call literally an hour later which seemed really unusual.

"They told me I needed to come into the hospital straight away."

Leukaemia is a type of blood cancer that affects cells in bone marrow and attacks the immune system.

In most cases of leukaemia, there is no obvious cause.

It is a cancer that leads to the body making too many abnormal white blood cells and means the body is less likely to be able to defend itself against infection.

These blood cells are not fully developed and are called leukaemia cells.

The disease is often classified as the type of cell affected (myeloid or lymphatic) and how it progresses (acute or chronic).

There are no specific signs or symptoms which would allow for a doctor to make a diagnosis without lab tests.

In all types of leukaemia symptoms are more commonly caused by a lack of normal blood cells than by the presence of abnormal white cells.

As the bone marrow becomes full of leukaemia cells, it is unable to produce the large numbers of normal blood cells which the body needs.

This can lead to: anaemia, weakness and tiredness, more frequent infections, fever and bleeding and bruising

There are four main types of leukaemia.

Andrew was rushed from Chesterfield Royal Hospital to Sheffield Children's hospital where he had multiple blood tests and scans.

Just two days later, his family were given the devastating news he had leukaemia and he had to begin three gruelling chemotherapy sessions.

In January 2013, a donor became available and Andrew had surgery – before being kept in isolation within Sheffield Children's Hospital for an agonising 25 days.

Andrew had to take anti-rejection drugs and could only have very limited contact with family and friends. 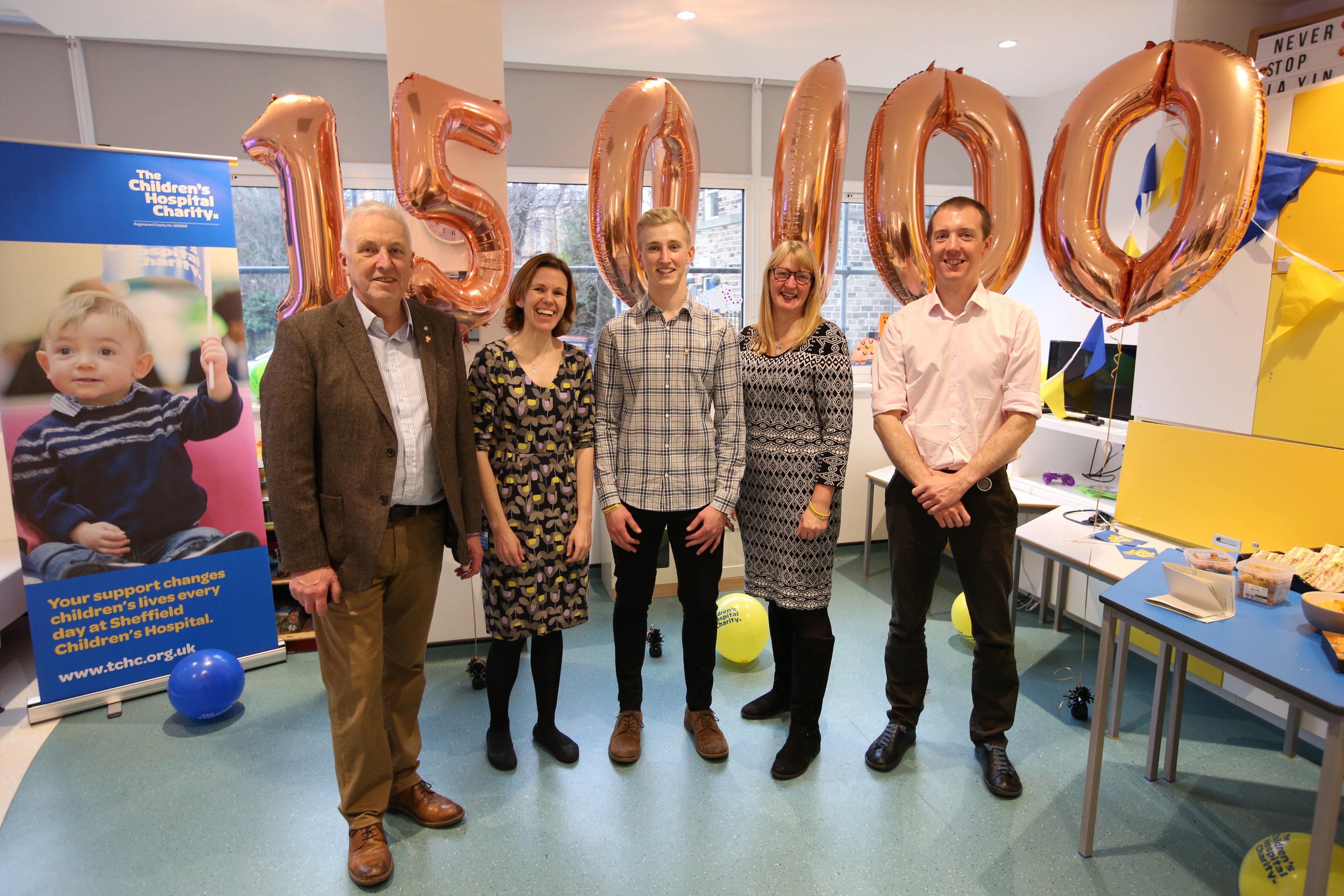 After leaving hospital, Andrew spent two months recovering at home where he was virtually housebound – apart from when he 'snuck out' to play badminton with his mother Alison.

He added: "I used to love it. It was a mental thing as well as a physical thing."

Andrew valiantly fought the cancer throughout his teenage years and has been in remission for over three years. 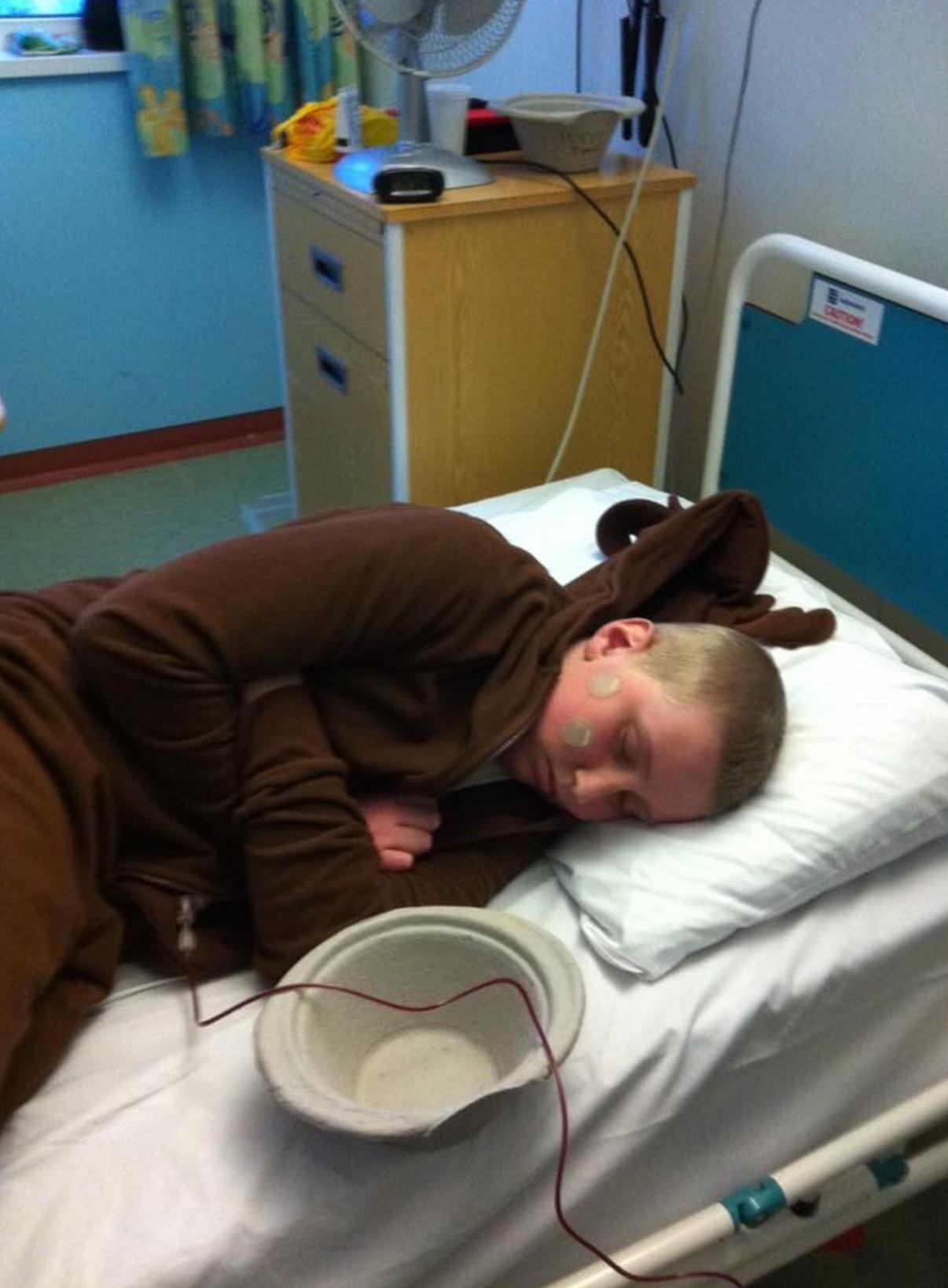 Andrew added: "I'm delighted that my fundraising will be making a contribution to the new appeal and help make sure the facilities match the excellent care of the ward.

"Sheffield Children's Hospital is a phenomenal place and I really don't know what would have happened to me had I not been treated there, which is a scary thought."

Andrew's incredible efforts will make a huge difference to young patients from across the region and as far south as Northampton, who depend on the ward's incredible care

The transformed ward at the hospital would create private patient rooms with en-suite facilities, giving patients a place to make their own and space for a parent to sleep comfortably alongside them.

Andrew added: "I was a teenager but I still had a family member stay by my side almost every night I was in hospital." 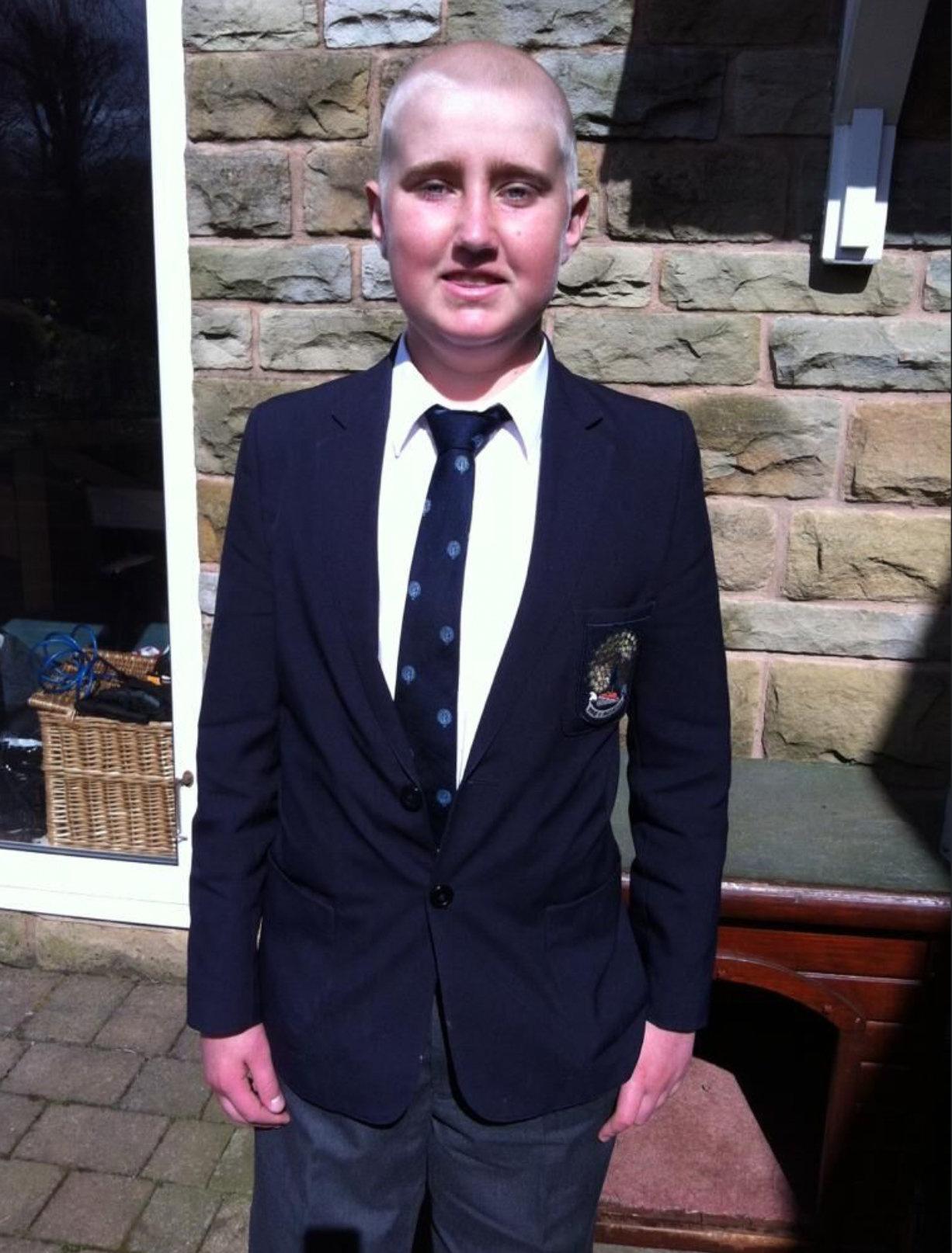 He added: "It was really comforting to have that option, even at that age.

"Space for them to stay comfortably by their child on the ward will make a huge difference."

Cheryl Davidson, Community Fundraising Manager added: "lAndrew's incredible efforts will make a huge difference to young patients from across the region and as far south as Northampton, who depend on the ward's incredible care."

Earlier this month, a breast cancer survivor said that she had been left with boobs that "smelled like death" after scars from a boob job she had had started to rot.

Brave breast cancer survivor chose almost certain death so she didn’t have to abort her baby when it returned during pregnancy.