“Things my boyfriend would look good in,” reads the screen of a TikTok video by user @GabrielleKraus. As a viewer, I expected the usual handsome-guy garments: a tuxedo, perhaps, or a muscle tank.

No. The video was about shorts. Really short shorts. Specifically those with a 5.5-inch inseam.

This summer, the video-sharing app flooded with young millennials and Gen-Z women and men alike lusting over guys in teeny bottoms. Videos compiling the hashtag #5inchseam have more than 23.1 million views on TikTok. Google searches for the trending length skyrocketed in July.

From the early aughts into the mid 2010s, men’s shorts appeared longer, sporting either 7-inch or 9-inch inseams. But in last few years, shorter styles are more en vogue. Blame Armie Hammer’s carefree hamstring-grazers in 2017’s “Call Me By Your Name.”

It’s become an irresistible look — especially for ladies such as Tyler Alexander, a 20-year-old TikTokker who lives near Calabasas, California. She went so far as to hem her boyfriend Ryan’s shorts — without him knowing — to achieve the desired inseam and spice up his look. The video of her secret scheme has over 875,000 views.

Like me, she also heard about the trend from videos on the app. “He’s taller, and he has nice legs, [so] it would be nicer if he showed his legs a little more,” Alexander told The Post. Luckily, Ryan, 19, had left a pair of rubber-ducky patterned swim trunks at her house, so she broke out her sewing machine.

When Alexander later revealed the alteration, Ryan appreciated the new, more flattering look. “He’s probably going to have me hem a few more pairs for him.”

Bushwick-based fashion photographer Gabriel Perez Silva is surprised the trend went mainstream: He’s been rocking shorter shorts for about eight years now — and getting roasted by his friends because of it: “‘Why are your shorts so short? Are you wearing your girlfriend’s shorts?’ ” the 23-year-old recalled his pals saying.

Perez Silva, who is from Florida, began wearing them because of the hot temps down south. He thinks tinier bottoms are now beloved thanks to social-media shorts sensation, Chubbies, a frat-boy brand that launched in 2011 and popularized the phrase “Sky’s out, thighs out.”

Now, “with TikTok, girls [are] expressing that they look better on guys,” he said. “And guys are pushing each other to feel more comfortable wearing whatever they want and not be self-conscious about it.”

Although most of Perez Silva’s pairs are vintage, if you’re looking to source short shorts, he says styles made for the martial art Muay Thai are “the best.”

Desmond Brooks, co-owner of the Tribeca-based tailor atelier ShopBoy, agrees that fighting sports have had a huge effect on the trend.

“You see Conor McGregor, who is considered a manly man, walking around in short Versace shorts,” the 35-year-old told The Post. He credits the NBA and pro-soccer, rock stars such as Harry Styles and fashion houses like Gucci for jumpstarting the look. 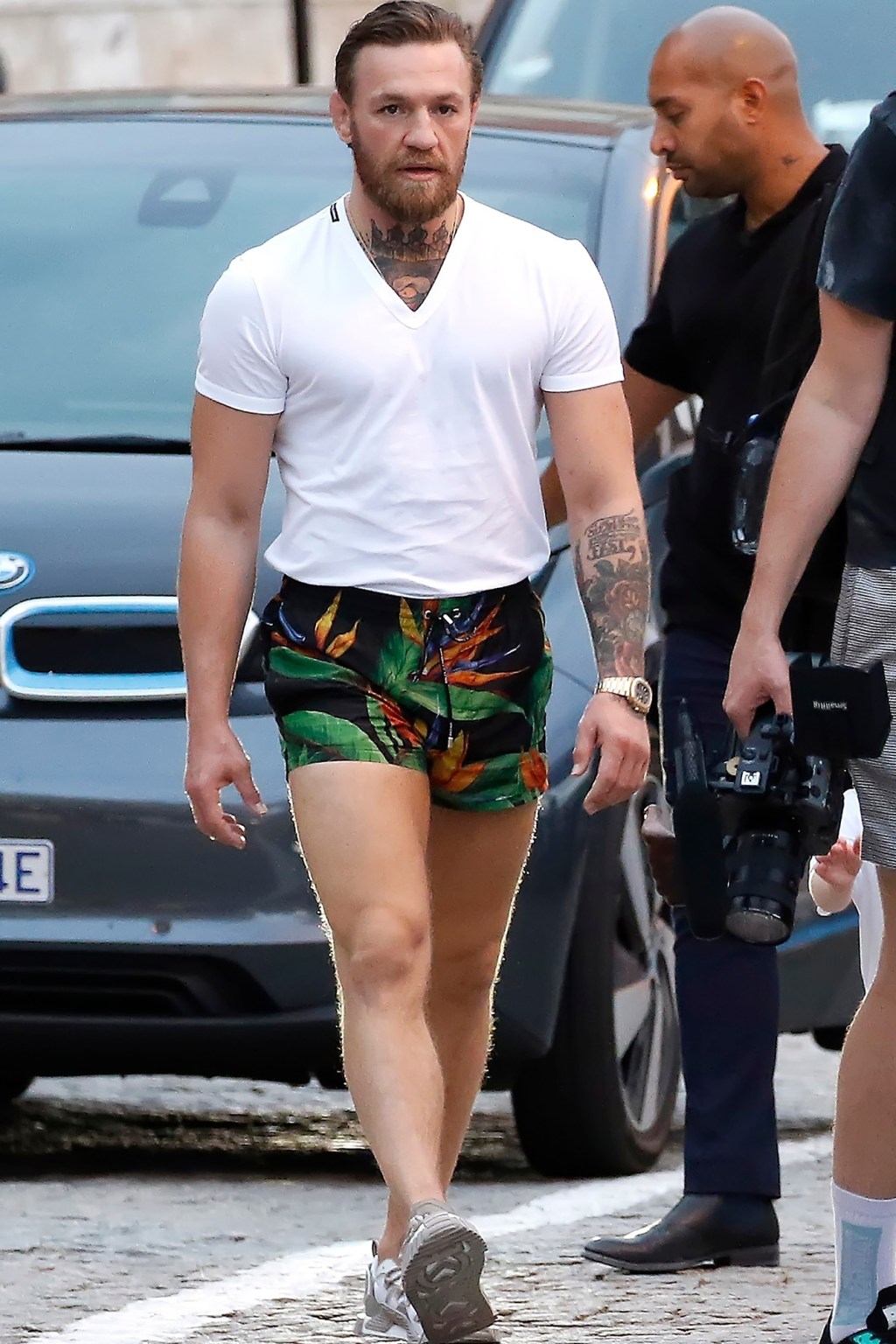 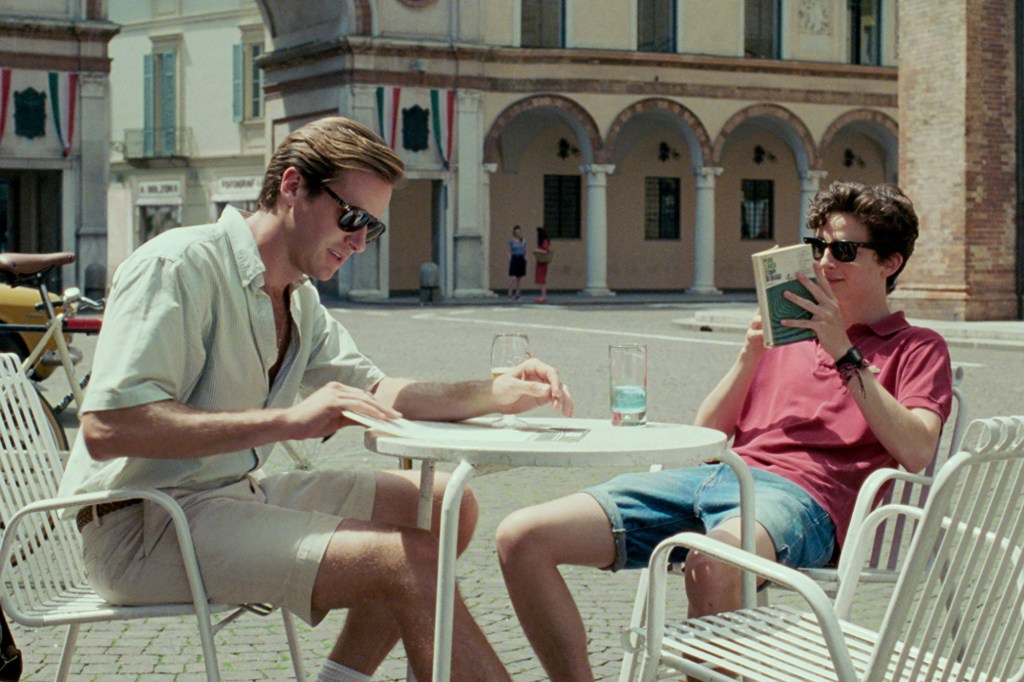 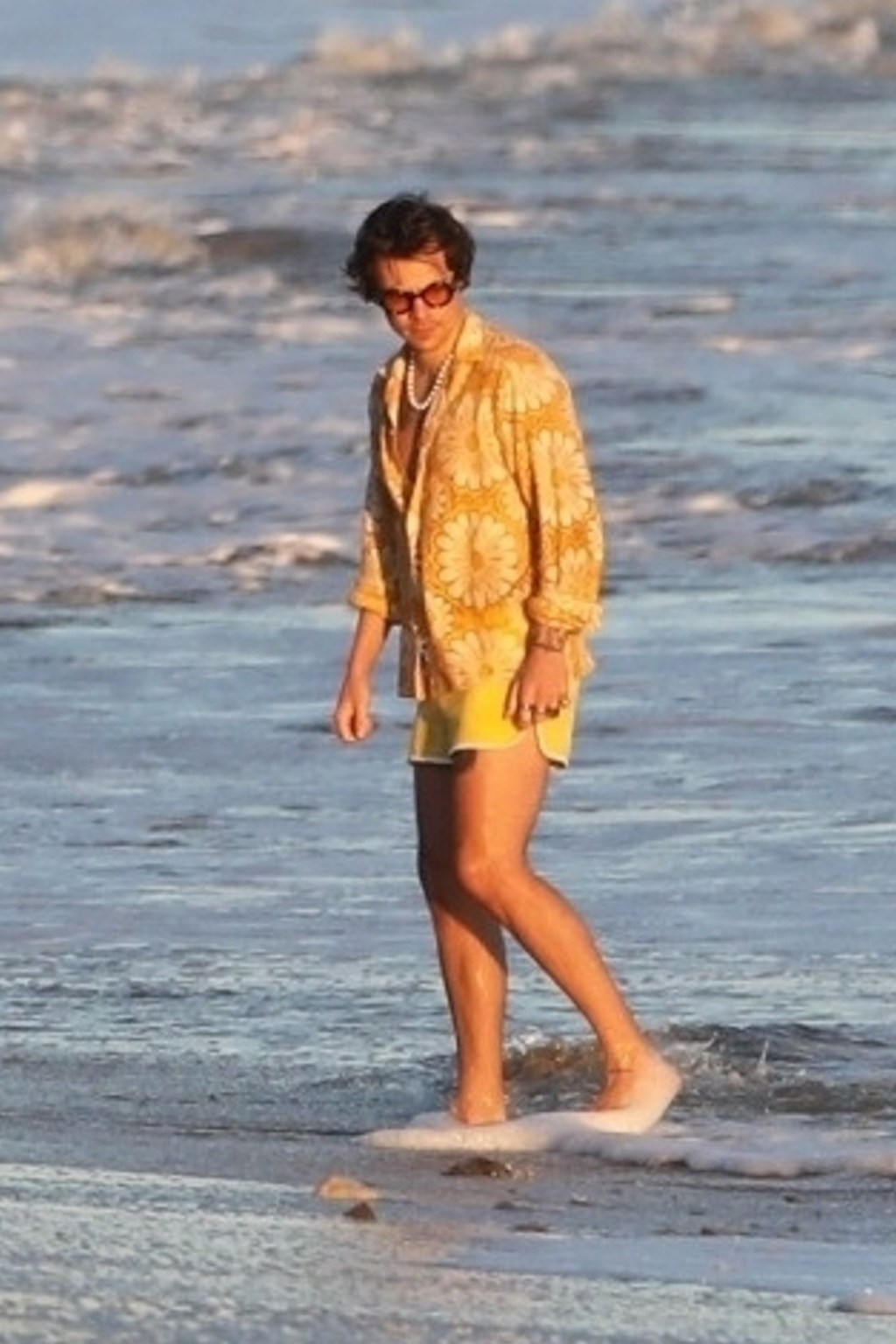