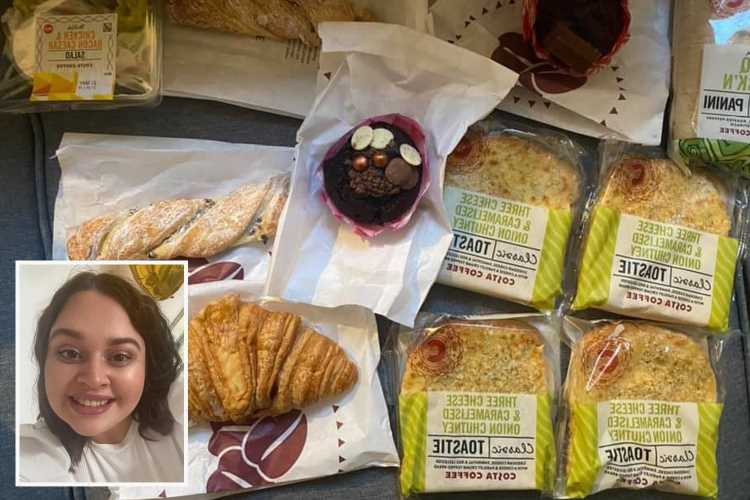 A SHOPPER has revealed how she bagged £60 worth of M&S shopping for under a tenner – and how you can too.

Paige Whysall, 22 from Northants who works in admin for the local government, revealed her super savvy tip with money-saving community LatestDeals.co.uk. 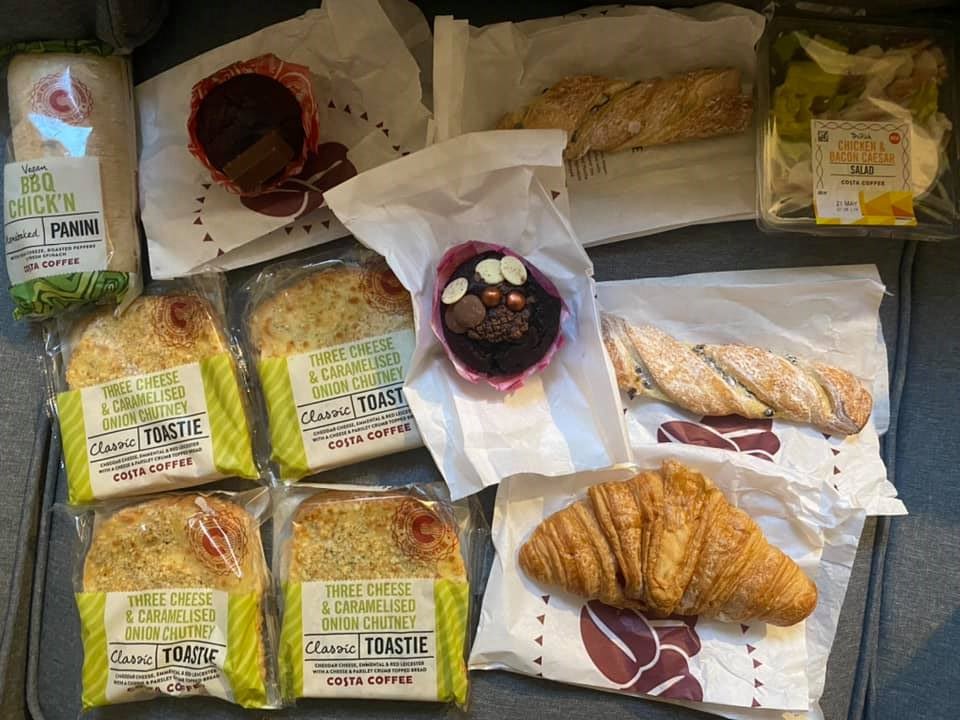 She said: “I regularly use the Too Good To Go app to pick up bargain groceries, it can sometimes be hit and miss but I was recently lucky on two occasions with Marks and Spencer and Costa.

“I am a part time student so I’m always looking for ways to save money. I love getting mystery bags from the app before payday – they’re helpful because you can last the final few days with these meals.

“They are also much cheaper than making it yourself and much more convenient for days when you have less time for cooking.”

The first place Paige got lucky was Costa. 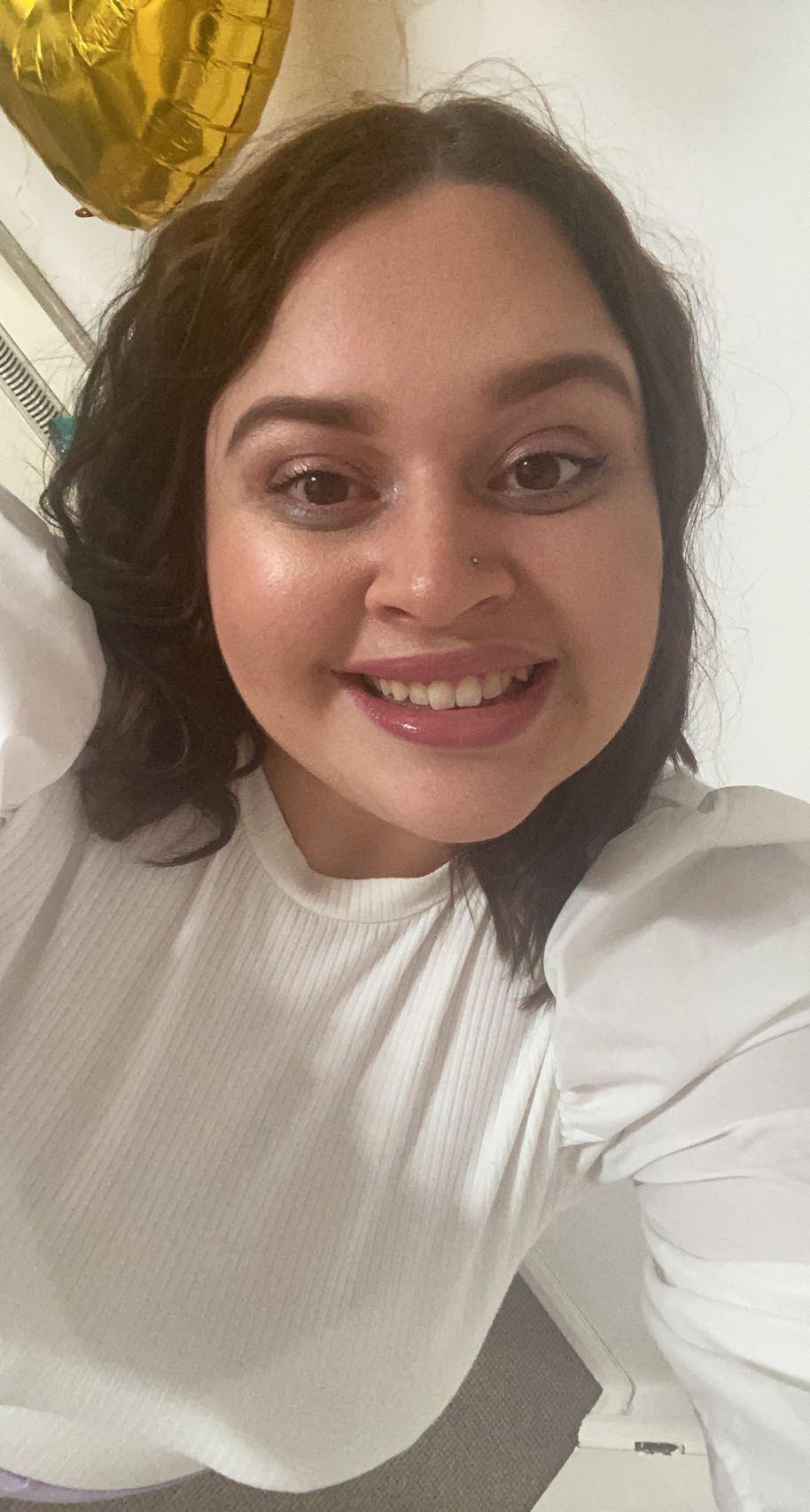 She said: “I got 11 items in total so I worked out that I essentially paid around 54p for each item.

“The first thing I noticed was four three cheese and caramelised onion chutney toasties, and these are usually £3.95 each but I paid £2.16, saving £13.64.

“The rest of the bag was sweet treats, and I got a Munchies muffin, a Celebrations muffin, two chocolate twists and a croissant. 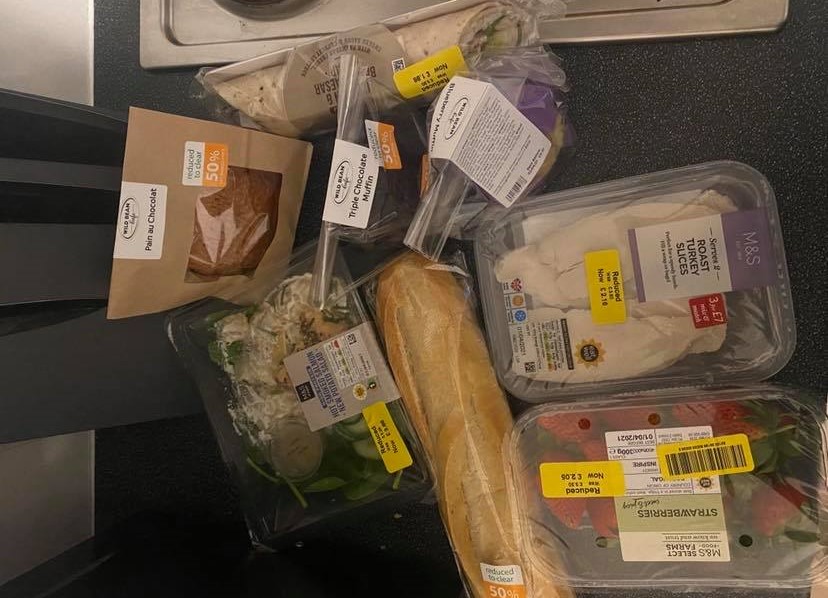 “Often with places like Costa, the bags will quickly sell out as they’re quite popular, so it’s important to check well in advance. For example, with this one, we checked the app at 5pm on a Saturday and visited the following day at 6pm to pick it up.

“The food definitely didn’t go to waste. We used it for lunch all week, then dinner on another night and we froze two toasties so they didn’t go off – we have now eaten those too!

“I constantly check the app at times I know they add things – for Costa it’s around 5pm each day. This was lucky because we had some that weren’t as good. The point of the app is to reduce food waste so the deals will be good as long as you’re going to use the food given to you.” 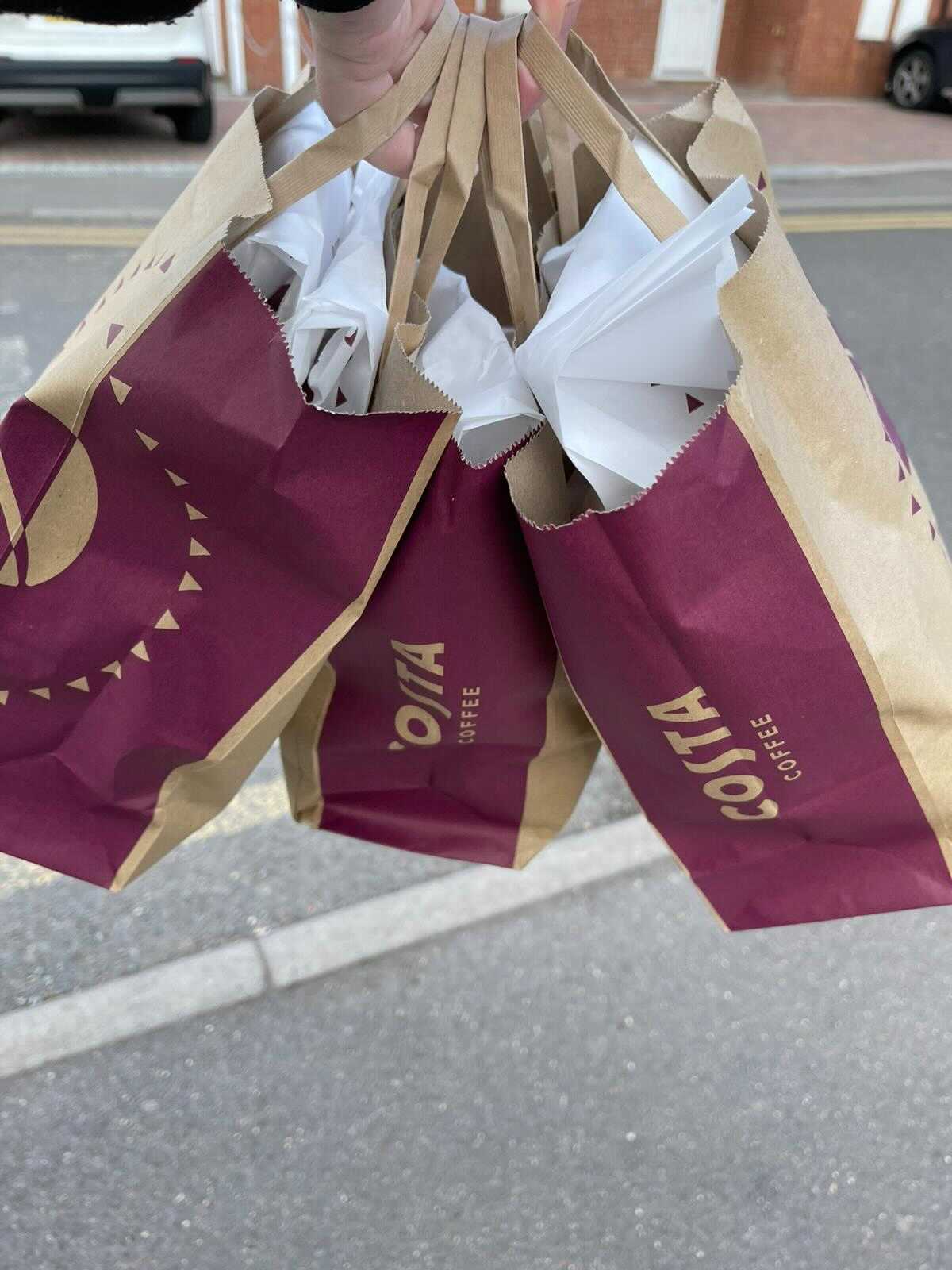 The next haul came from Marks and Spencer, and Paige only paid £3 for it.

“I was impressed with this bag as I worked out it was worth around £25 overall and so I saved about £27,” she said.

“As with the Costa bag, there were enough items in there to cover several meals over the course of the week. Impressively, as there were 9 items, I essentially paid just 30p for each one!

“The first things I pulled out of the bag were a large baguette, a chicken Caesar wrap and a salad pot. These cost £8.80 originally but I only paid 90p for them, saving £7.90. I then got out some roast turkey slices and a cooked chicken. These were worth £9.30 but I paid 60p, saving £8.70!

“Some sweet items came next. There was a box of strawberries, two triple chocolate muffins and two pain au chocolats. The original price for this lot was £8.90, but paying just £1.50 as part of the mystery bag means I saved £7.40 with this haul.

“We used the food for our lunch one day, and made two dinners with the cooked chicken. The baguette was used for hot dogs and was also made up for breakfast for two days. In other words, overall a week of meals ended up costing me under a tenner and I saved £50!”

Tom Church, Co-Founder of LatestDeals.co.uk, said: “This kind of bargain haul is the stuff dreams are made of. The most exciting thing about getting mystery bags is that you never know what you’re going to get and you’re also saving huge amounts of money in the process.

“Paige has done well for herself by being able to eat high quality meals for a fraction of the price, and it’s also good to know that she – and everyone else who makes use of mystery bags – is contributing to the reduction of food waste.”

For more food tips, this mum shared her recipe for Malteser cake & you don’t need to put it in the oven or the fridge.

And foodies revealed how to throw the ultimate summer BBQ on a budget – including 32 hot dogs for just £4.

Plus this mum revealed how she made a week’s worth of meals for just £1 each & it saves loads of time too.