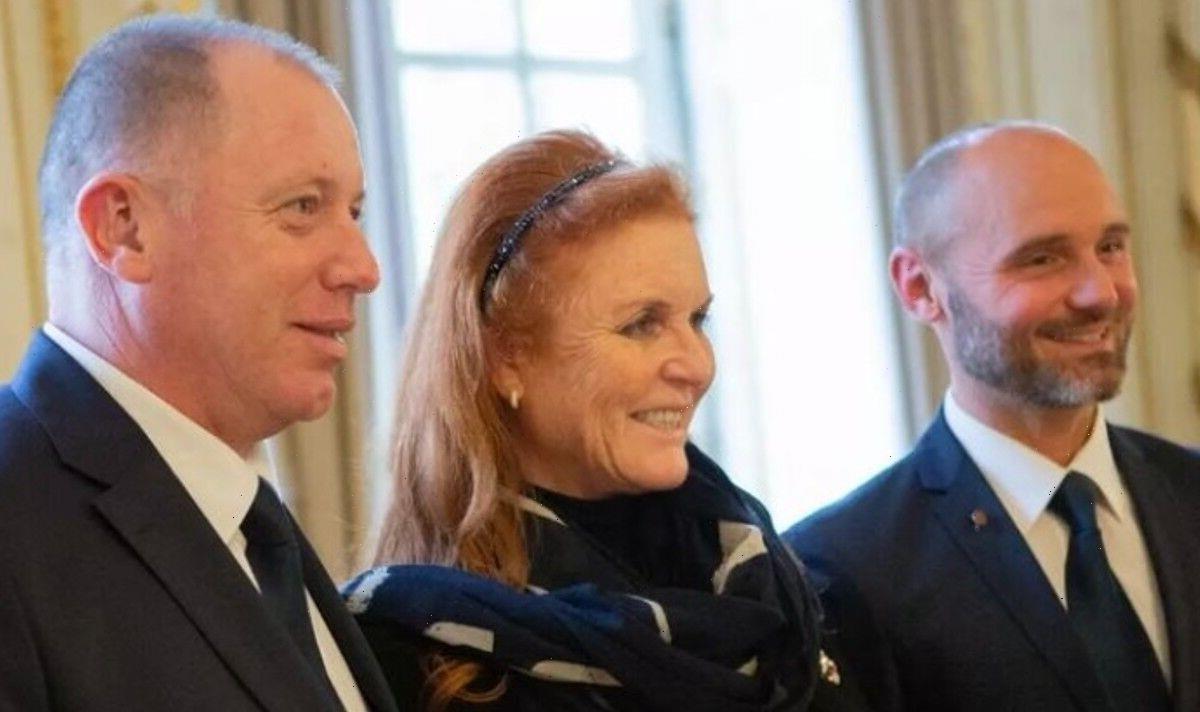 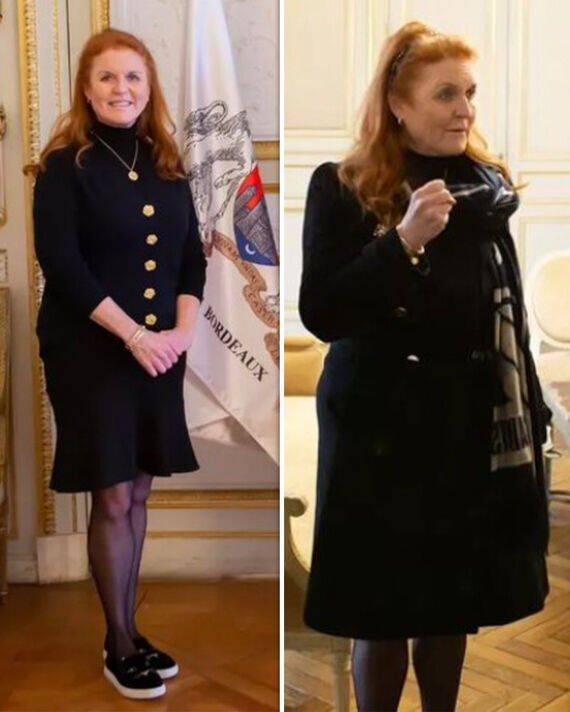 Last week, the Duchess of York was in Bordeaux, meeting with leaders with a passion for the environment and sustainability. Sarah didn’t reveal much to fans, but posted images of herself in the French city to her Instagram, accompanied by a short caption.

The photos showed Sarah meeting with officials, including the mayor of Bordeaux, Pierre Hurmic.

Serving as mayor since 2020, Pierre has spoken openly in the past about his devotion to ecology and his commitment to green energy.

He appears often in the French press as the “green mayor” whose work consists of moving towards banning cars in Bordeaux’s centre and developing micro-farms and aquaponics in the city.

Although it was not known what exactly Sarah spoke to Pierre about, it was obvious from her Instagram hashtags that the main subject matter was the environment.

Sarah is known for her playful, and sometimes eccentric fashion choices, and the outfit she wore in Bordeaux did not disappoint.

The Duchess donned her favourite black pleated skirt, which rests just above her knees.

She combined this with another staple of hers – a pair of sheer black tights.

Sarah matched the skirt with a black turtleneck jumper adorned with large, gold, button-like embellishments running down its centre.

Other accessories included a pair of small gold hoop earrings and a bracelet the Duchess is often seen wearing – it is made up of two slim, gold bangles, with the words ‘Eugenie’ and ‘Beatrice’ holding the two together.

Referring to Sarah’s two daughters, the letters are all in capitals and made of silver dotted with tiny diamonds.

But what stood out most of all about Sarah’s outfit were her shoes: they featured cat ears, eyes, noses, and whiskers, on a black, velvet background. They also had a chunky white sole.

The shoes were the Cool Cats Velvet Slip-On Trainers by Charlotte Olympia. They are currently sold out, but were retailing on Selfridges for $235, or £192.

Although the mayor of Bordeaux was also wearing casual shoes in Sarah’s photos, many royal fans were quick to comment on the Duchess’ shoes, with some seeming to deem them inappropriate for a royal engagement or official visit.

Instagram user @cardigan_canyon joked: “Are you guys going into the shoe business?”

User @bergerbertl simply wrote: “These shoes.” User @rickcuervo added: “Would never let you out in those shoes.”

However, some fans were impressed by Sarah’s shoe choice. Fiona Edwards wrote: “Love the flats! Let’s normalise flats for women!”