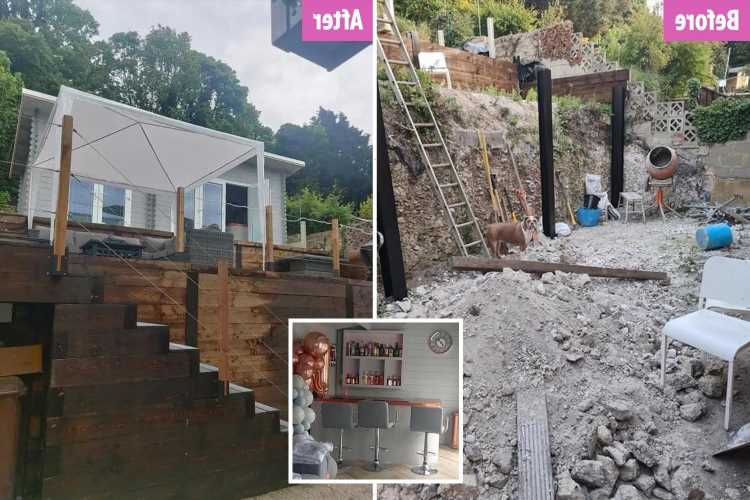 WHEN building her dream summer house, this mum lost £8,000 to a builder who scammed her – but her husband came to the rescue and did almost the entire house by himself.

Despite the ups and downs, the results of this stunning DIY project speak for themselves and commenters are saying it’s “paradise”. 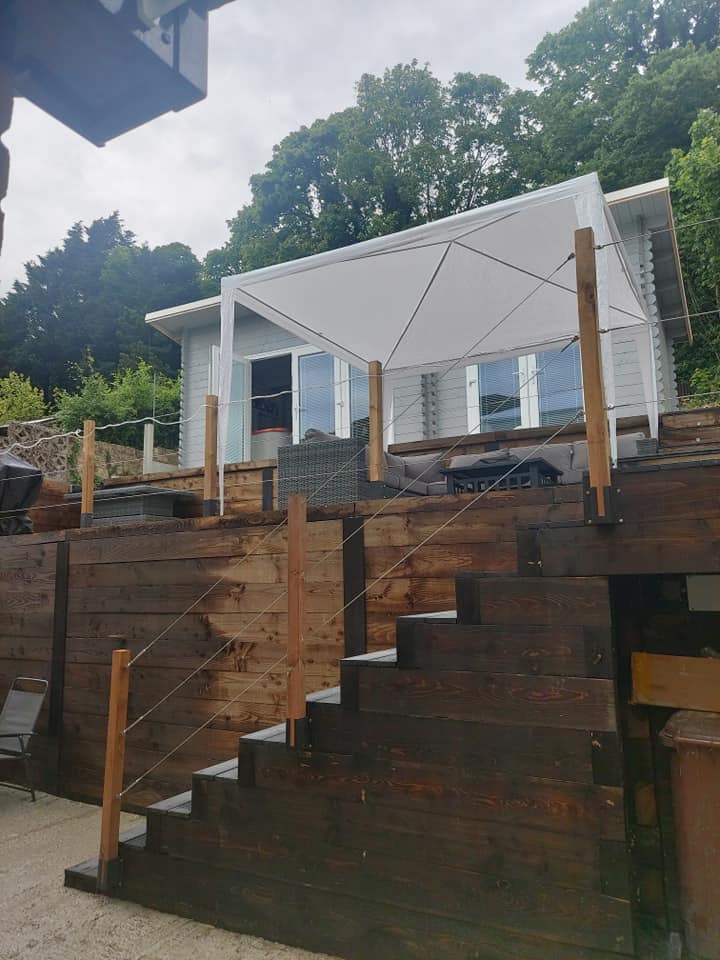 Zoe O'Neill shared her story and photos of the new build into Facebook group DIY On A Budget and hundreds of people reacted to the snaps.

She explained that aside from structural work, her husband was totally responsible for the stunning summer home.

She said: “After losing £8k to a builder who scammed us, apart from the structural work my husband has done the rest of our summer house himself on evenings and weekends.”

The mum wanted to make sure the house would be ready for her son’s 18th birthday party, and she shared interior photos showing how great it looked decorated for the event. 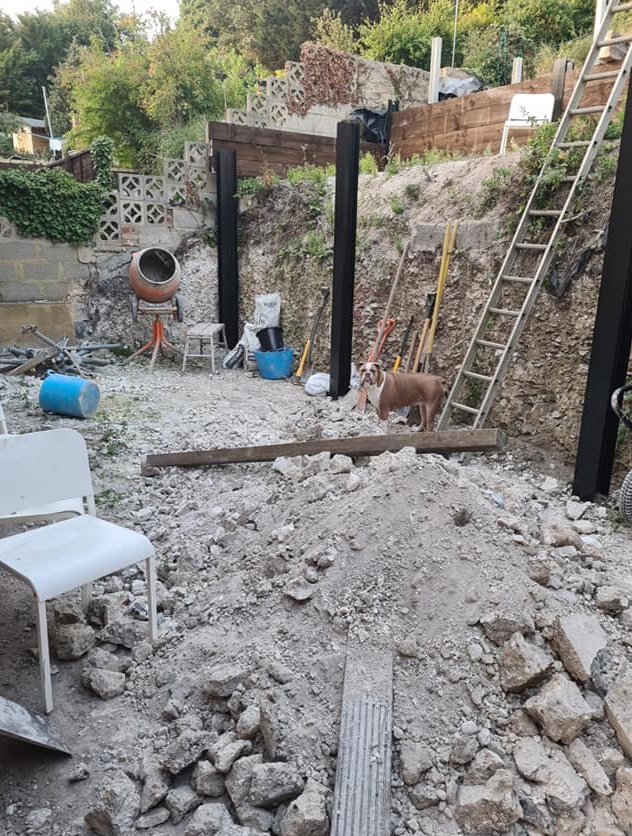 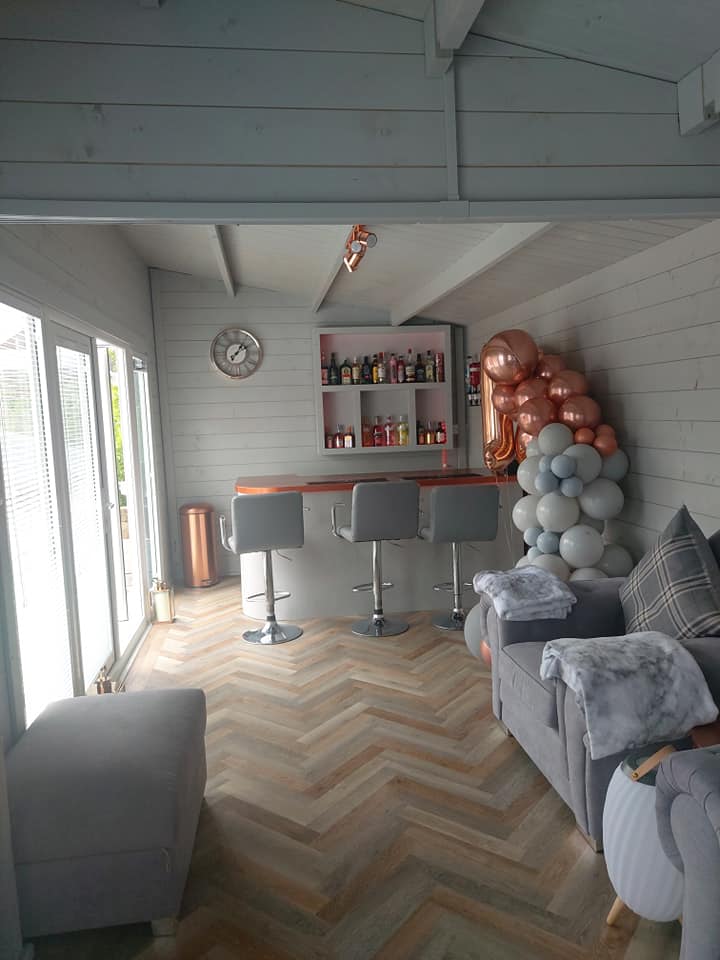 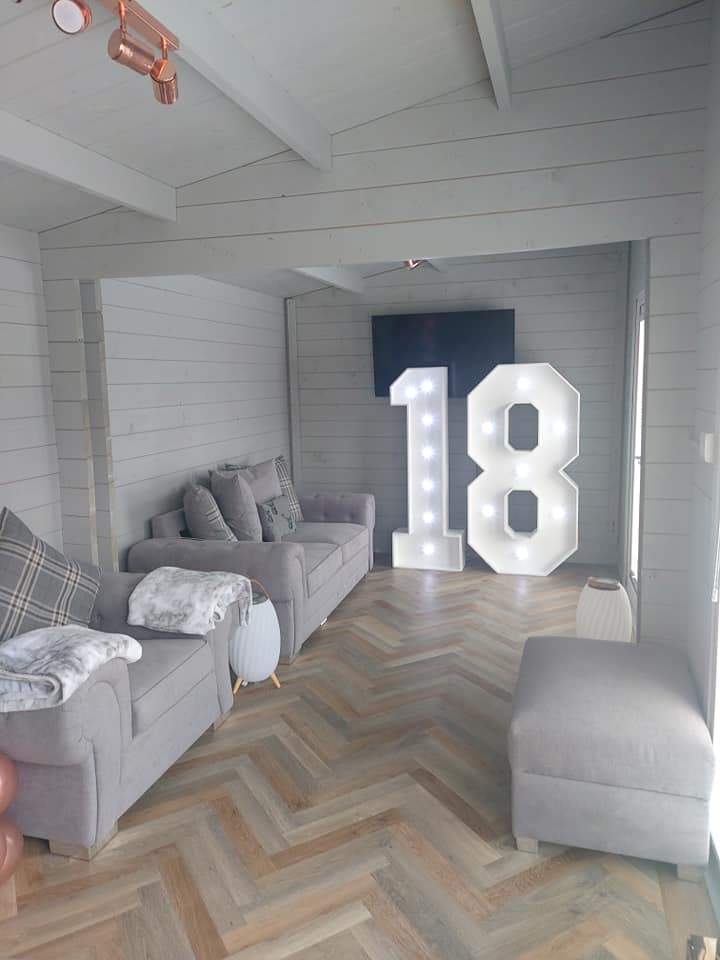 She wrote: “It's been a long road but we finally got it done and nearly finished ready for our sons 18th last Saturday.”

Speaking to The Sun, Zoe described how she was left in the lurch by her builder and how her husband saved the day.

She said: "In April 2020 when we first went into lockdown we realized that we needed to create an office space in our garden for Tom who was having to work from home.

"We asked the builder to install retaining walls, build steps to each level and also pour a concrete base on all levels including one for the summer house that we was buying for the office."

Soon after hiring the builder, however, Zoe realised something wasn't right.

She explained: "In the first stages of him starting, he was either constantly late or just did not turn up at all. 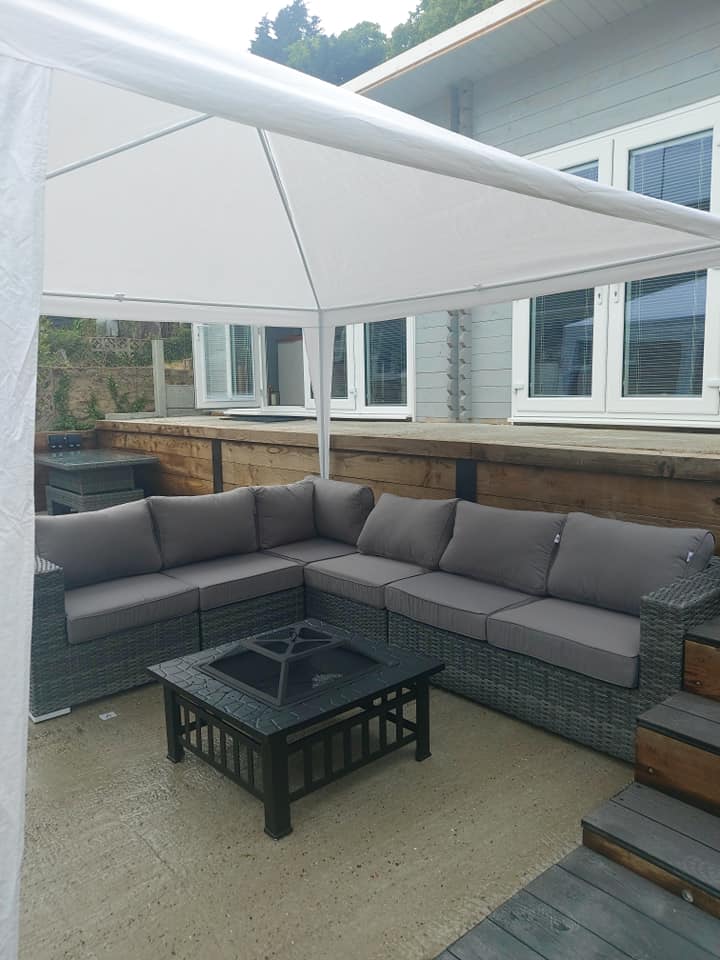 "Out of the 9.5k we ended up paying him, he worked in total for the equivalent of about 5 days.

"And then just stopped coming at all and was ignoring our calls and texts."

The house was supposed to be built last summer, but because of the delays and the fact they had lost £8,000, the couple only got the house built in November.

Zoe's husband did a huge amount of work on the build. 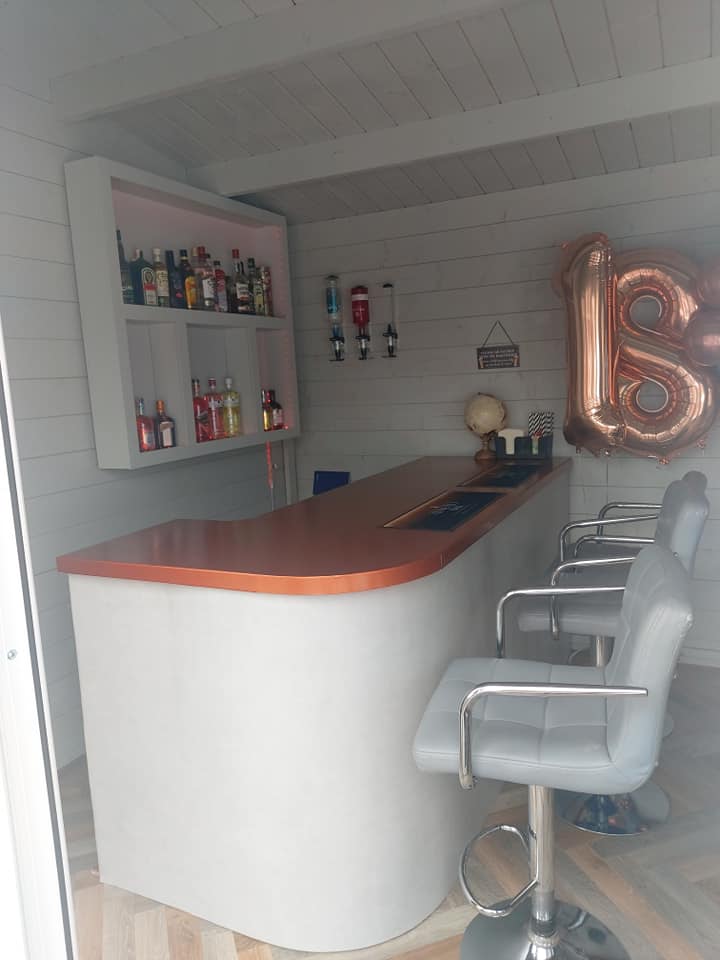 Zoe explained: "My husband treated and painted the summer house, built the bar and unit, laid the floor, fitted the lights, fitted the treads on the stairs with composite decking and installed the wire balustrade on the first level and stairs."

People flocked to the comments to sympathise with Zoe’s experience of being scammed and to congratulate her on her beautiful new living space.

“You showed them – that's absolutely beautiful”, wrote one commenter, while a second said “That was terrible to be scammed. You and your husband made your home beautiful . Enjoy your home and son's Birthday in your gorgeous paradise!” 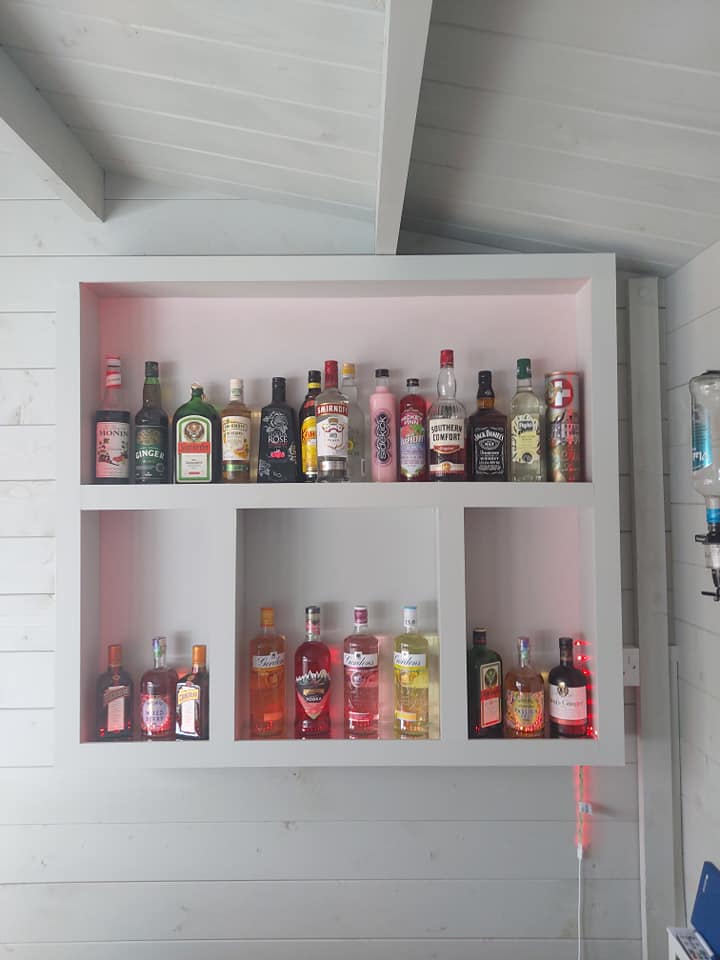 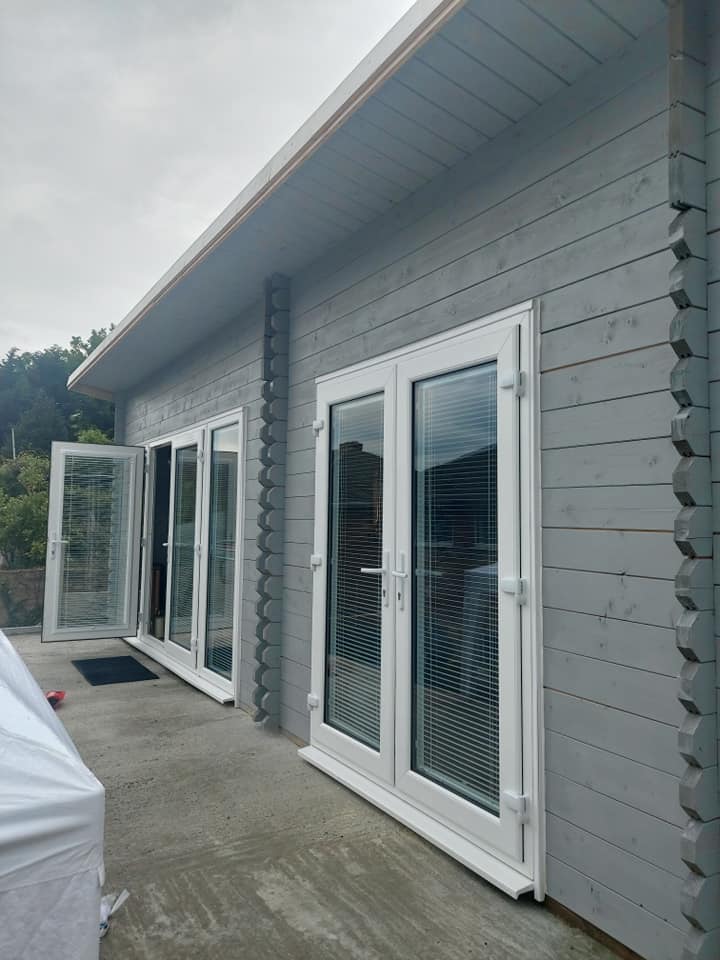 One simply added: “You must to so happy as it looks beautiful.”

Many encouraged the mum to take the builder to court.

One wrote: “I do hope you blasted the scammers name everywhere and are thinking about taking him to court.”

Zoe assured the commenters that she was “in the process of taking the builder to court”.

Check out this woman's secret walk-in pantry – and how immaculately organised it is.

Plus, this woman who turned a local Spar into a half a million pound property by the sea.

And this savvy dad who made a super king size bed out of Ikea SHELVES.