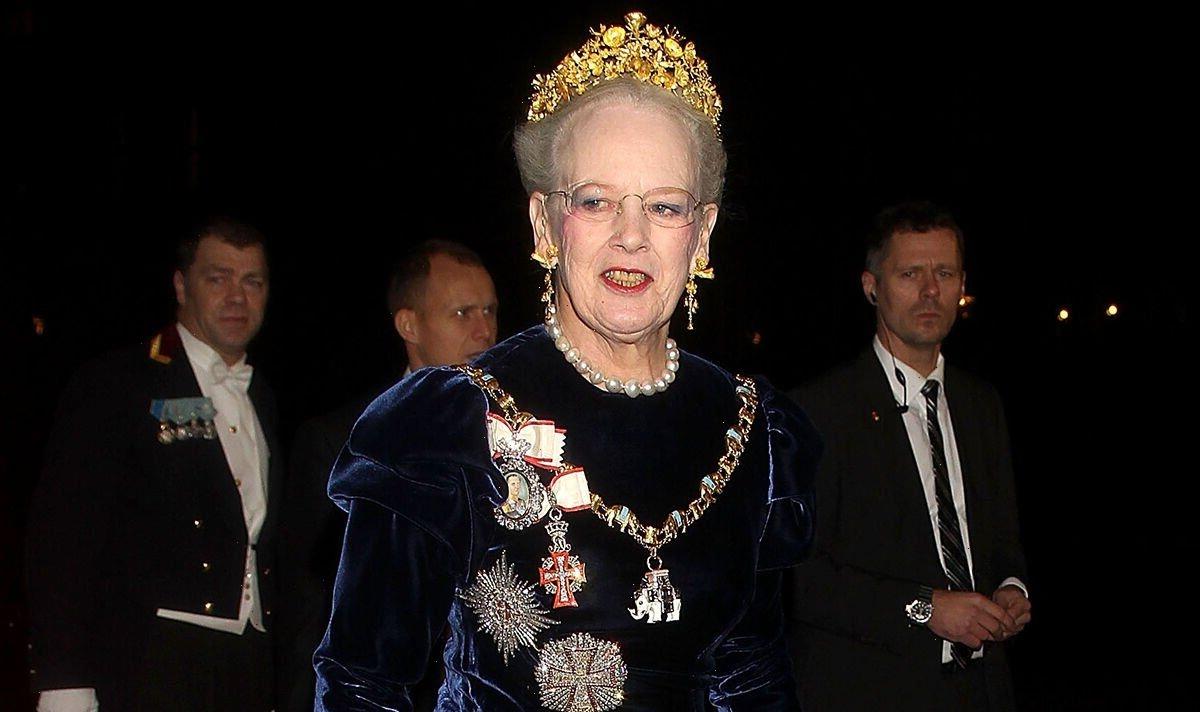 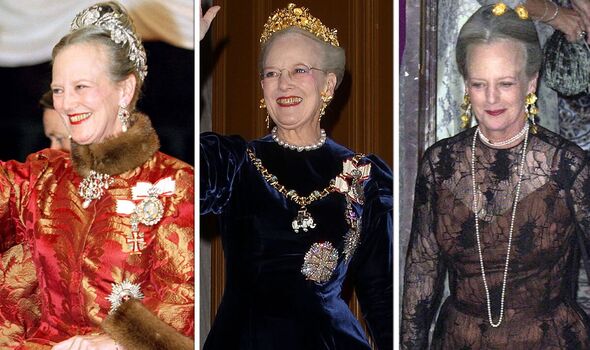 Queen Margrethe of Denmark is known for her bold jewellery choices, and she often dons a tiara for state and evening engagements. Many are gold and striking, and she is known to favour floral-themed diadems.

Queen Margrethe has worn the Naasut Tiara, a bright yellow gold diadem, on several occasions in the past.

The Naasut Tiara was gifted to Queen Margrethe along with a pair of earrings by the people of Greenland to mark her Ruby Jubilee.

The floral diadem was made of melted-down coins which were originally made with Greenland gold.

Margrethe wore the tiara to the New Year’s celebrations in Copenhagen in 2013.

And according to the Court Jeweller, it appears on the Naasut Tiara there is a homage to another of Margrethe’s diadems.

The jewellery website explained: “It’s never been officially said, but I think I can detect a small link to one of Margrethe’s other tiaras in the design of this diadem: there appear to be small golden poppies in the design that look an awful lot like the poppies in the tiara designed for Margrethe by Arje Griegst.”

As Denmark’s creative and artistic Queen, Margrethe is famed for some of her bolder fashion choices.

It features several bold poppies placed on a delicate chain which can be worn across the head.

Arje Griegst designed the piece for Margrethe in the 1970s, and it can be attached to hair via a comb at the back of the head.

The 21-karat gold used was flattened into poppy shapes, and it was commissioned by Margrethe herself.

Gemstones adorn the centre of the flowers and they can be deconstructed and worn in different ways.

Margrethe wore a few of the poppies for a dinner at Fredensborg Palace to celebrate the engagement of Crown Prince Frederik and Mary Donaldson in 2003.

Queen Margrethe’s Floral Aigrette Tiara has special sentimental value as it used to be worn by Margrethe’s mother Queen Ingrid.

Margrethe has also worn the diadem to some important family moments, including the wedding of Crown Prince Frederik and Crown Princess Mary in 2004.

Margrethe has also worn the transformable piece as a brooch in the past.