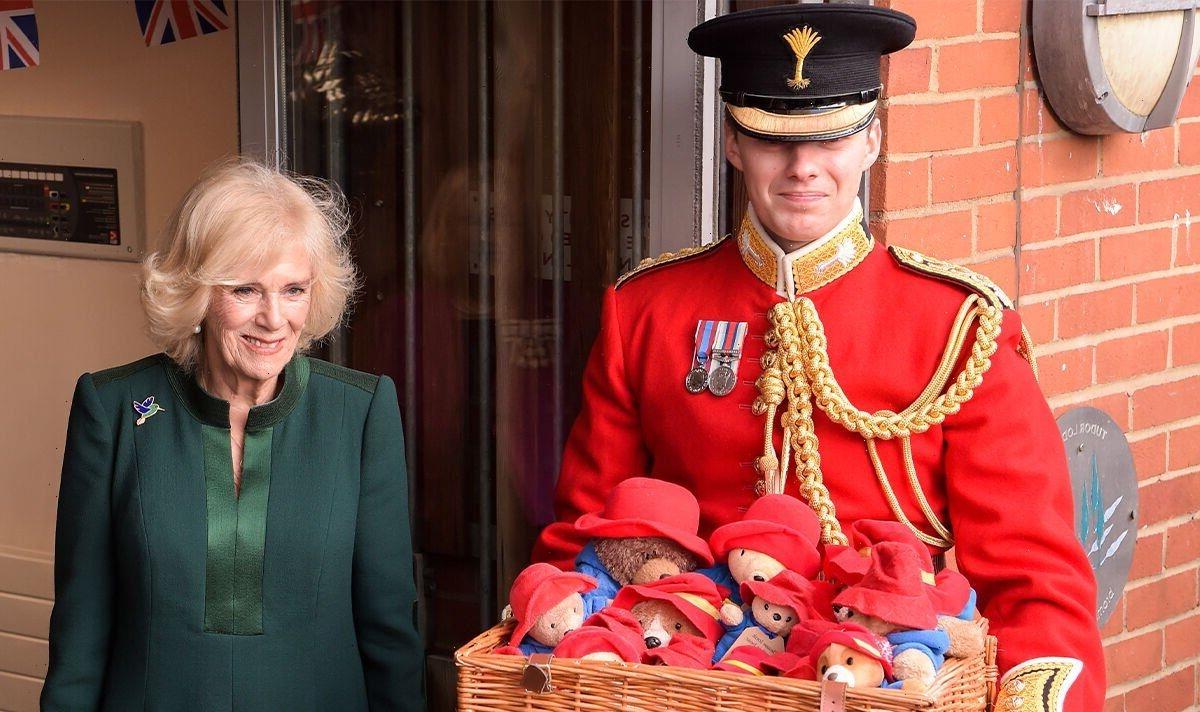 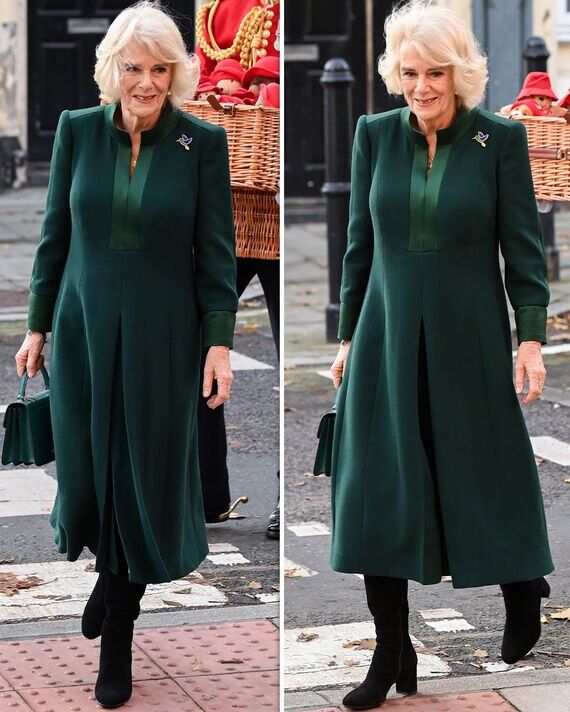 Queen Camilla visited Barnardo’s Nursery in Bow today (November 24) to personally deliver the Paddington Bear teddies left in tribute to the Queen after her death. The plush toys have been tidied up and were carried to Barnardo’s today in a picnic basket.

Camilla opted for an ankle-length green dress today with a high collar and structured shoulders.

Camilla is famed for her love of brooches, just like the late Queen, and she opted for a special one from one of her favoured jewellery brands, Van Cleef & Arpels.

For the rest of her accessories, Camilla kept things casual with a pair of suede boots believed to be from Launer London.

The late Queen was a huge fan of the brand and was rarely pictured without one of her long-handled handbags from the company.

Camilla carried a Bulgari Serpentine Forever Crossbody Bag today in a matching green shade to her dress, but she carried it as a handbag rather than over the shoulder.

She also wore her go-to pearl drop earrings which are believed to be clip-on’s as Camilla has noted before that she doesn’t have her ears pierced.

Spotted on her wrist was her Van Cleef and Arpels Alhambra blue bracelet which she is rarely seen without nowadays.

With its four-leaf clover motifs, the bracelet is thought to symbolise good luck and Camilla also wore it in the days after the Queen’s death and the start of King Charles’ reign.

The Queen Consort styled her hair in her signature flicky bob, and she kept her make-up minimal with a touch of pink on the lips.

Camilla’s outfit today was significantly more casual than the one she donned for the State Banquet on Tuesday night.

She paired the dress with a suite of sapphire jewels that belonged to the late Queen, including the Belgian Sapphire Tiara.

The sapphire necklace and earrings in the set had been gifted to the Queen by her father King George VI to mark her wedding in 1947.

The Queen later had a sapphire necklace which belonged to Princess Louise of Belgium turned into a matching tiara, and she added a bracelet too.

While the Queen often wore the tiara, Tuesday marked the first time Camilla had ever worn it and it was a poignant choice for her first tiara moment as Queen Consort.

Camilla had only previously worn the Delhi Durbar Tiara and the Greville Tiara as Duchess of Cornwall, or her own family heirloom diadem, the Cubitt-Shand Tiara.