Being a Vogue cover star is a pretty big deal. There’s really no getting around that. However, Priyanka Chopra’s American Vogue cover may be more memorable thank others because she’s the first Indian woman to grace the cover in the magazine’s 126 year history. It’s a big deal, and it’s about time.

Chopra made her Vogue cover debut for the magazine’s January issue, and posted an image of her cover to her Instagram page. Photographed by famous photographer Annie Leibovitz, Chopra is wearing a show stopping gold gown with braided straps and an animal print belt around her waist. Her hair is pulled back away from her face in what appears to be a loose bun (a la Meghan Markle, perhaps?), and her eyes are highlighted in subtle bronze shades as she rocks a beautiful red lip.

While Chopra first rose to fame in India after being crowned Miss World and staring in a whirlwind of films, she gained notoriety in the states thanks to ABC’s Quantico. Since then, Chopra has become nearly a household name appearing at the Met Gala, landing a spot on Time’s 100 Most Influential People list, and she’s set to star in next year’s Isn’t It Romantic according to Vogue.

Now, there’s another achievement to add to Chopra’s growing list, and it’s her Vogue cover. In it’s 126 year history, Vogue has notably been remiss when it comes to including people of color on their covers. Only recently has that begun to change.

Of course, this isn’t the only image that fans have gotten to see from Chopra’s Vogue issue. The magazine also released a sneak peek a few days ago. In the other photos, Chopra wears a gorgeous crimson gown that falls just off her shoulder in structured layers in the image sent out on Twitter. Like in her cover image, the classic rule of minimal eye makeup with a red lip is being followed. Her hair mirrors the dress, swept to the side where fabric covers her shoulder. The image is stunning to say the least.

Vogue didn’t just release images, though. You can also read her interview with the magazine about her relationship with now husband Nick Jonas and her major success in breaking into Hollywood after becoming mega-famous in India.

In the piece, fans of Chopra’s also get a look at the star in another look, a golden Oscar de la Renta gown paired with gold Tom Ford heels. She looks like a goddess, and if you believe Jonas’ talk of her in the piece, she could just be one. 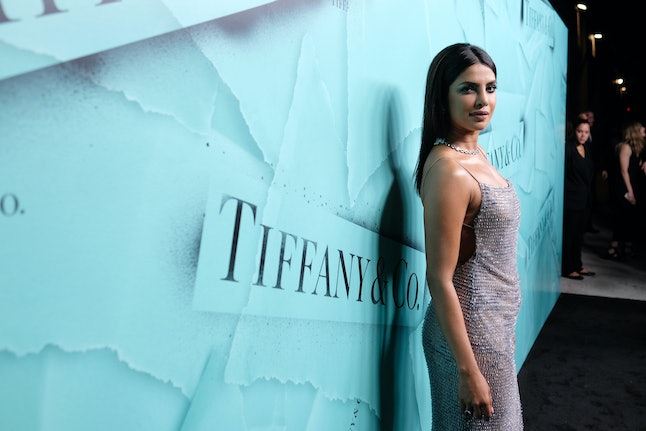 Chopra’s cover and feature in Vogue marks another shift for the magazine and another move toward diversifying the people they choose to showcase. Another example of this move? Beyonce’s September issue. 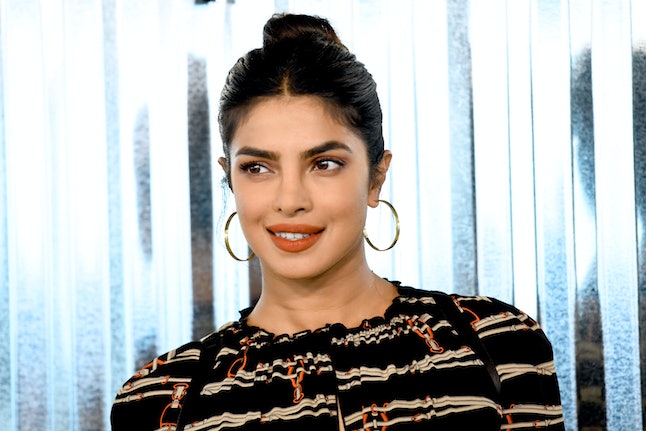 For her cover, Beyonce was given creative control. The actor and singer (and queen, tbh) covered the magazine’s September issue, and as part of her creative license hired the first ever black photographer to shoot a Vogue cover in the magazine’s history. Tyler Mitchell photographed Beyonce and made history at the same time thanks to the star. It was a powerful move, and like Chopra’s cover, one that was a long time cover (126 years worth of waiting, actually). 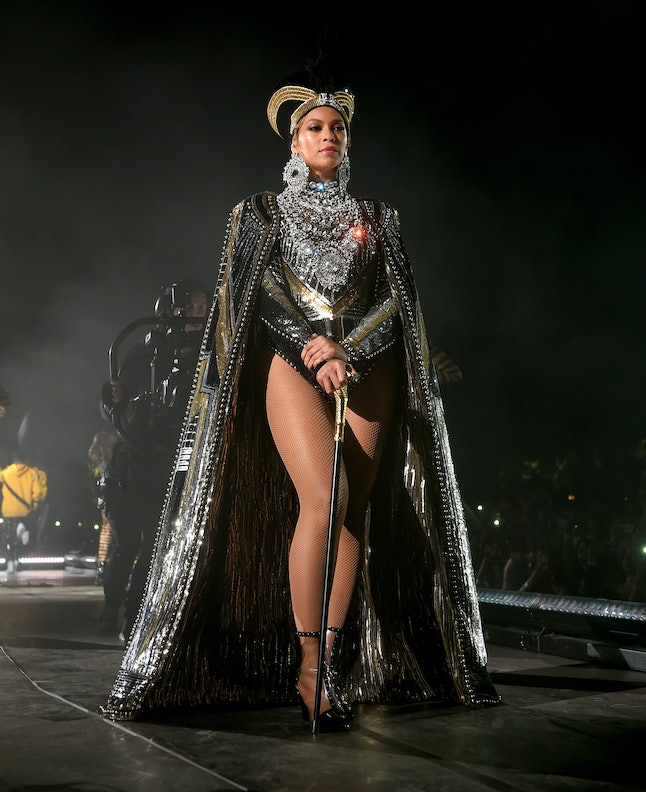 The magazine still has some work to do when it comes to diversifying. They’ve come under fire in recent years for covers such as their diversity issue and spreads that have been accused of cultural appropriation. None of these instances, however, take away from Chopra’s place on the America Vogue cover. She’s now the first Indian woman to grace the page, and that will always be important.