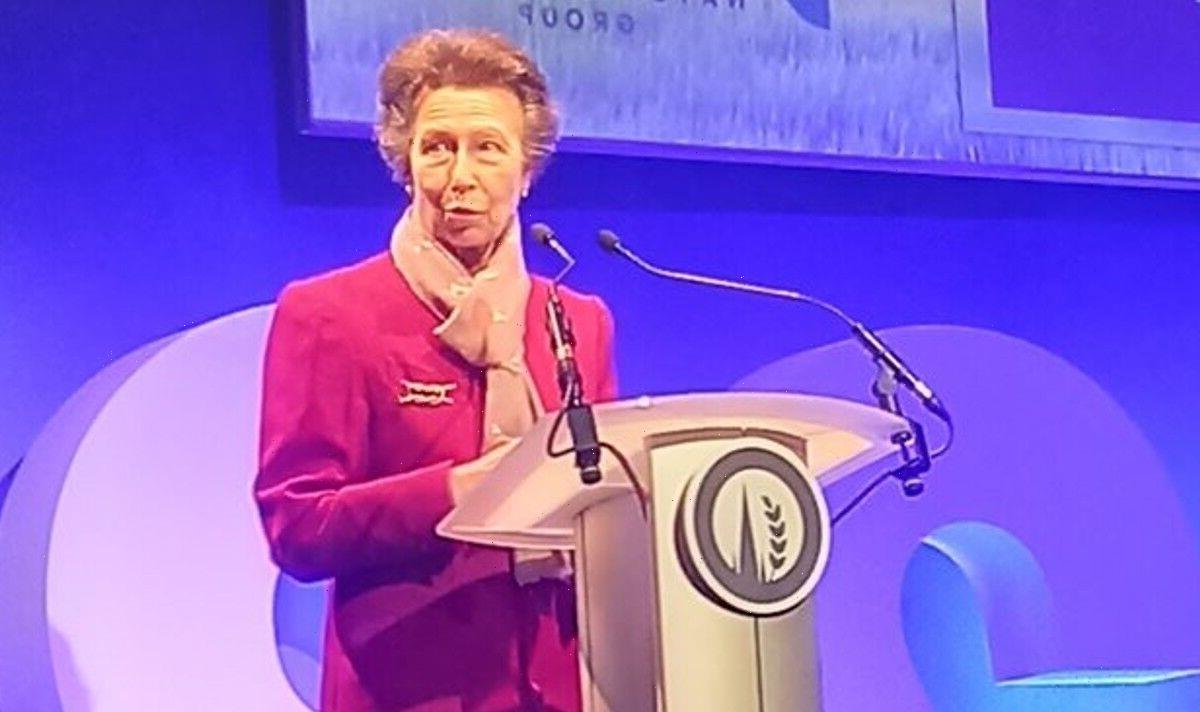 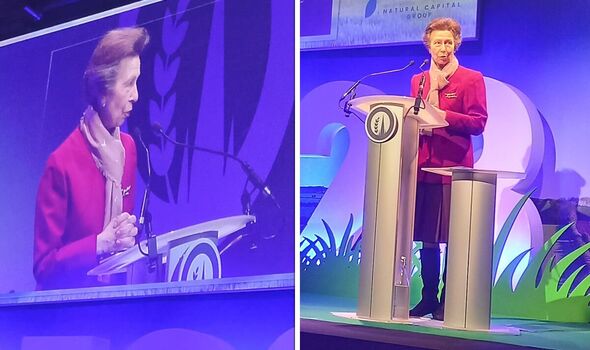 Princess Anne was the first member of the Royal Family to return to royal duties this week – she attended the Oxford Farming Conference yesterday. Other royals have not yet been seen out and about.

Princess Anne attended the conference in person, where she gave a speech in her role as Honorary President of the Royal Norfolk Agricultural Association.

The charity shared a photo of Anne on Twitter, with the caption: “HRH The Princess Royal ending the morning session talking about the need for us to make use of our knowledge and take farming into the future.”

Anne looked glowing as usual in one of her classic, staple outfits of jacket and skirt, paired with a trusty pair of boots.

The royal donned a dark red or pink jacket with a gold brooch pinned to its left lapel.

She paired this with a pleated skirt in a similar colour but a little darker.

The skirt reached just above her knees, showing off a little bare leg and her black, knee-high bots.

She completed the outfit with a pink silk scarf, tied neatly around her neck.

Her hair was in its usual tidy updo and she wore small stud earrings.

DON’T MISS:
Keep bread fresh for 3 weeks with handy food storage hacks [GUIDE]
Hair expert shares the ‘most flattering’ colour for every woman [BEAUTY]
Woman loses 3 stone after doctor’s told her it would be ‘impossible’ [INTERVIEW]

Anne’s brooch was in the shape of a Scout reef knot – it is one she has often worn to various engagements.

Diamond expert Zack Stone of jewellers Steven Stone has previously commented on the brooch, saying that it encapsulates Anne’s spirit. He also estimated its worth.

The expert said: “The brooch is the perfect fit for the Princess Royal, who is known for her strong character. I’d estimate it to be worth approximately $5,000 (£4,204).”

Anne is known for her collection of symbolic brooches, but also for her fashion sense in general.

Celebrity stylist and fashion expert Miranda Holder has previously spoken to Express.co.uk about the royal’s style.

She said: “The Princess Royal has an unusual relationship to fashion – she certainly has never paid any attention to trends, and in later life has adopted a more frugal approach to her wardrobe than other members of the Royal Family, often rewearing old pieces time and time again.

“But it’s through this irreverence that she has become an unexpected style icon.”

Miranda continued: “Princess Anne has never been afraid to express herself, and has always possessed an inner confidence which allowed her to carry off any outfit with aplomb.

“All this contributed to her accidental trendsetter fashion status over the years and there are numerous photographs of her carrying off interesting new looks such as bright colours, polka dots and even turban style hats which instantly became a sartorial hit and were then fully embraced by her adoring public.

“She was even way ahead of her time with her penchant for vintage and preworn clothing.”

The fashion expert added that the rewearing of clothes is “now a tactic that the rest of the family employ to remain more in touch with the public and support a more sustainable approach to fashion”.

“But the Princess Royal was a pioneer of this,” she stressed.