And it looks like the Duchess of Sussex is already taking note of the caution, after she was spotted arriving at the National Theatre this afternoon. 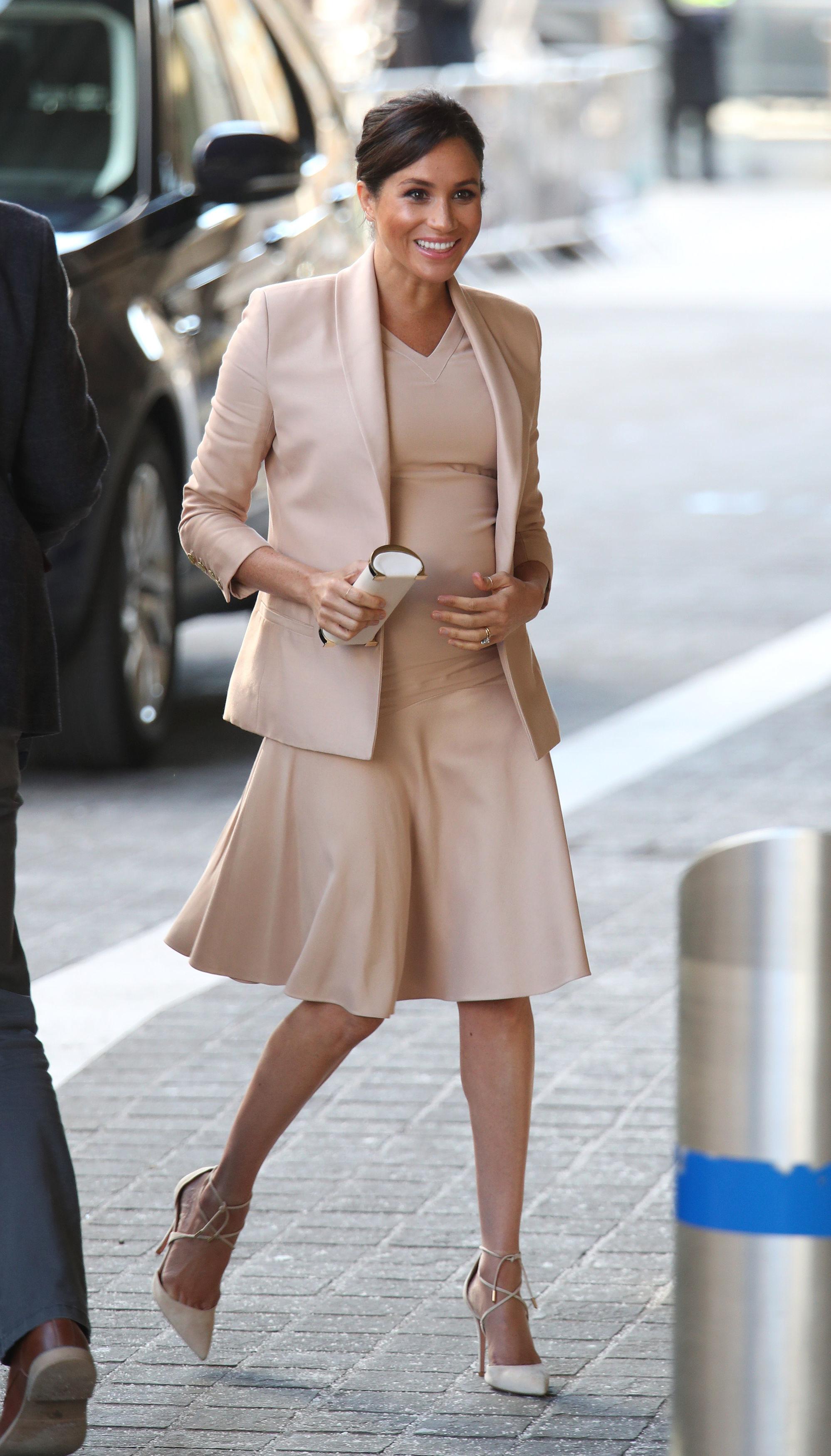 According to reports, officials fear that if Meghan continues to shut her car door, she will not be able to get back into the vehicle quickly, should a terror attack occur.

Arriving at the National Theatre today, the royal was seen leaving her vehicle, without shutting the door, instead heading straight inside the building in London.

A source said: “Meghan and Harry like to meet the public as much as possible and make contact with the crowds that come to see them.

“And although having a car door closed might seem like a trivial thing, it could be the difference." 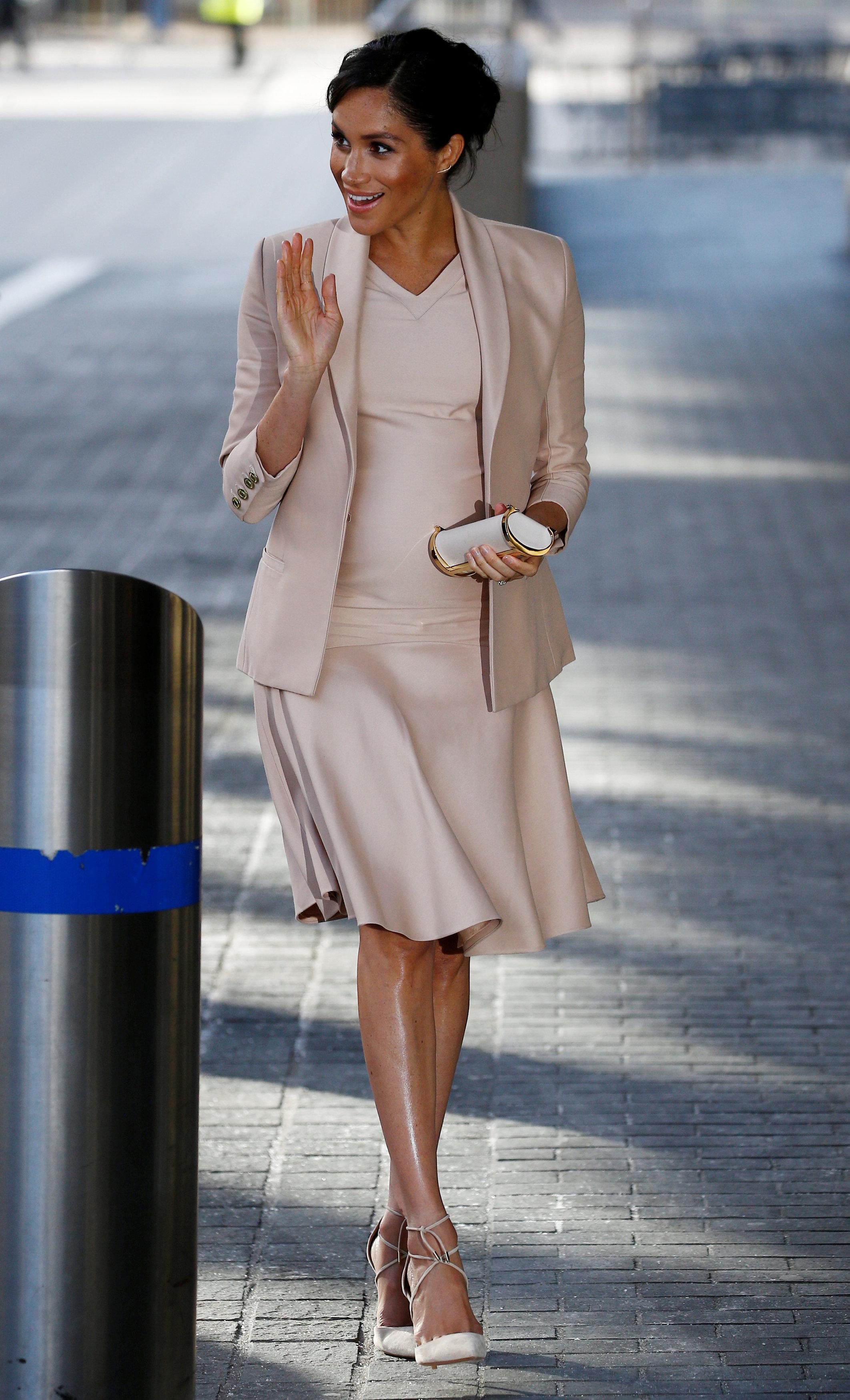 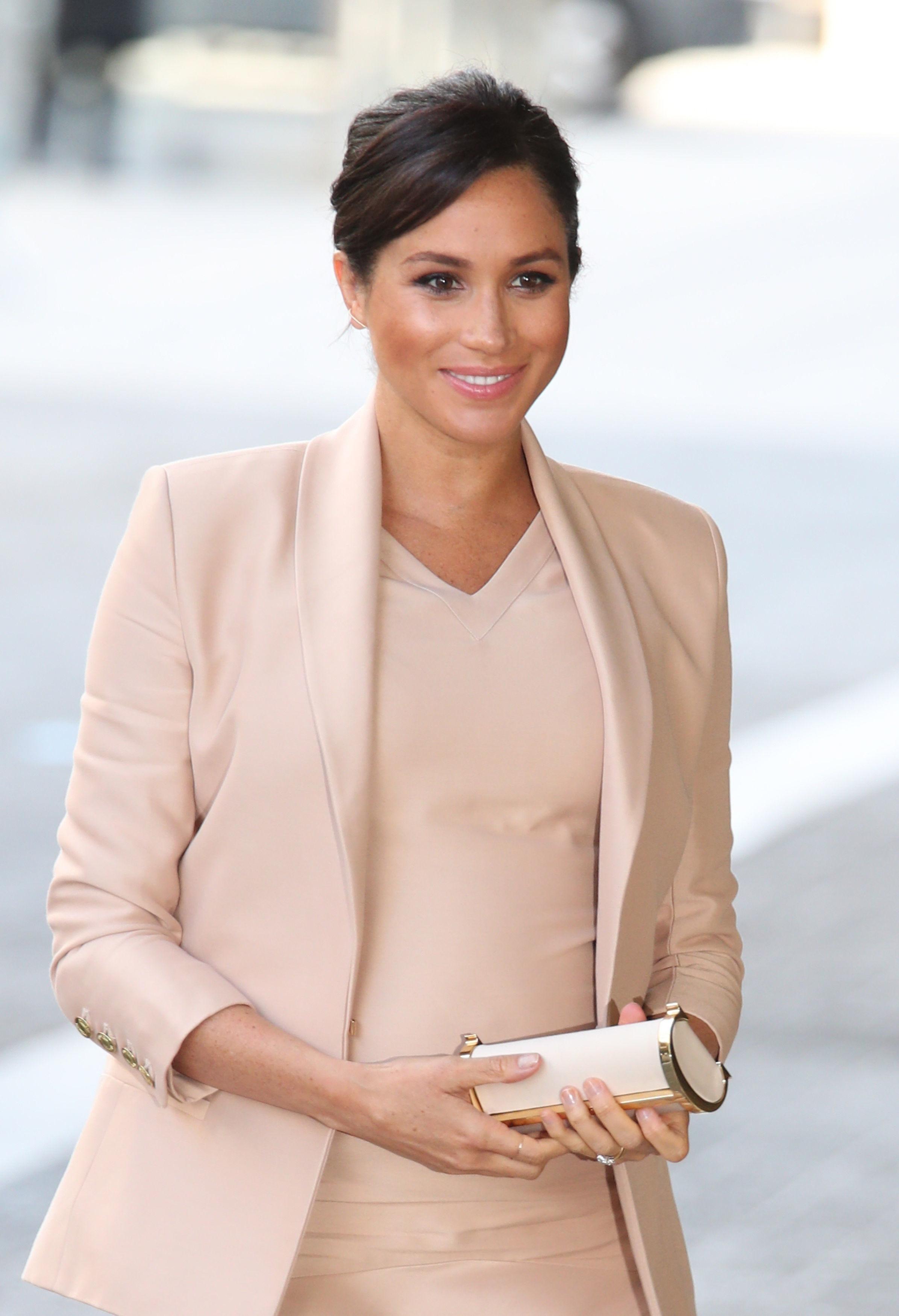 “God forbid if anything did go wrong arriving at a royal engagement, but security need to be able to get them back into cars in seconds if needs be," the source continued.

The warning came after Meghan closed her own car door last September while attending the Oceania exhibit at the Royal Academy of Arts. 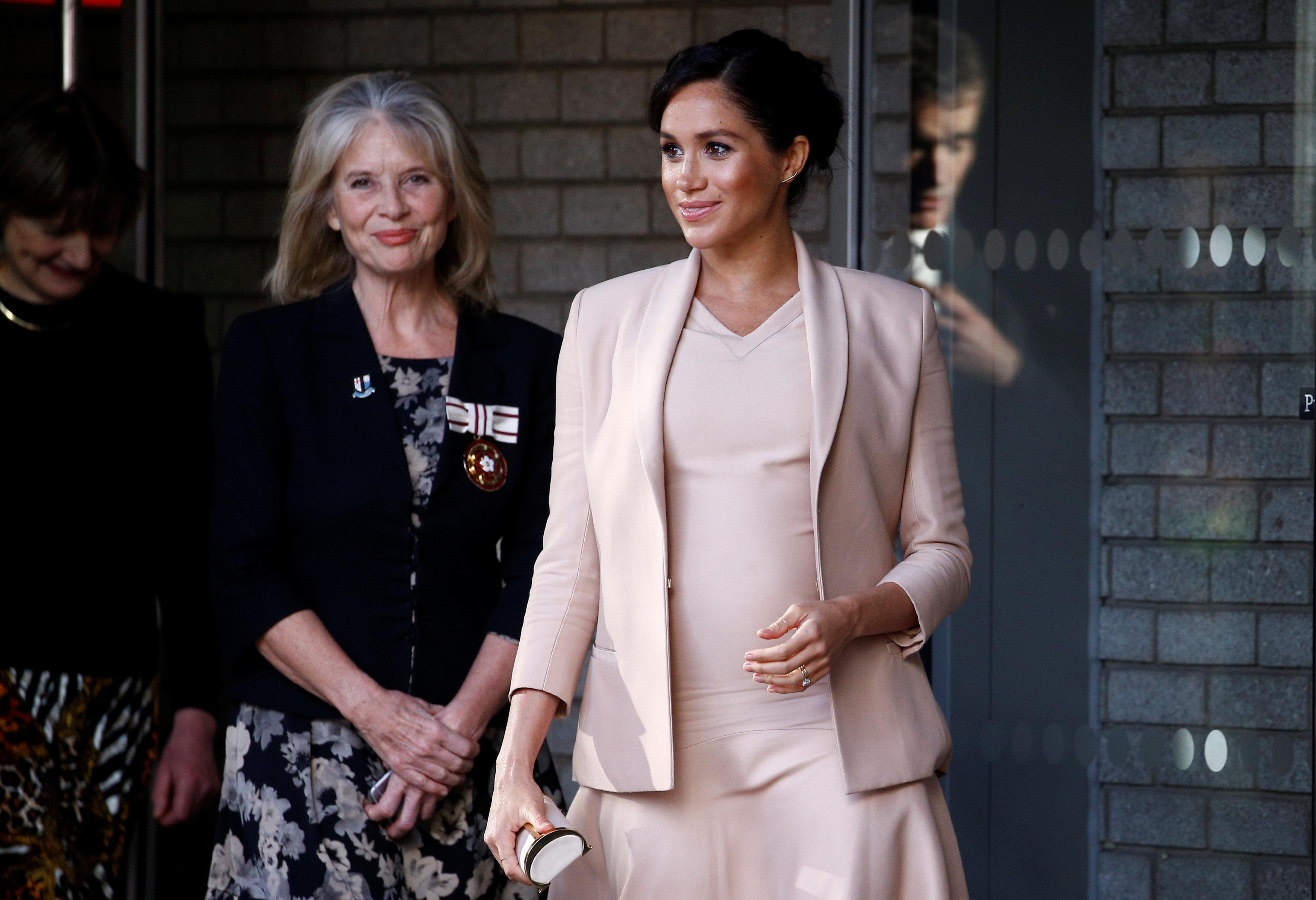 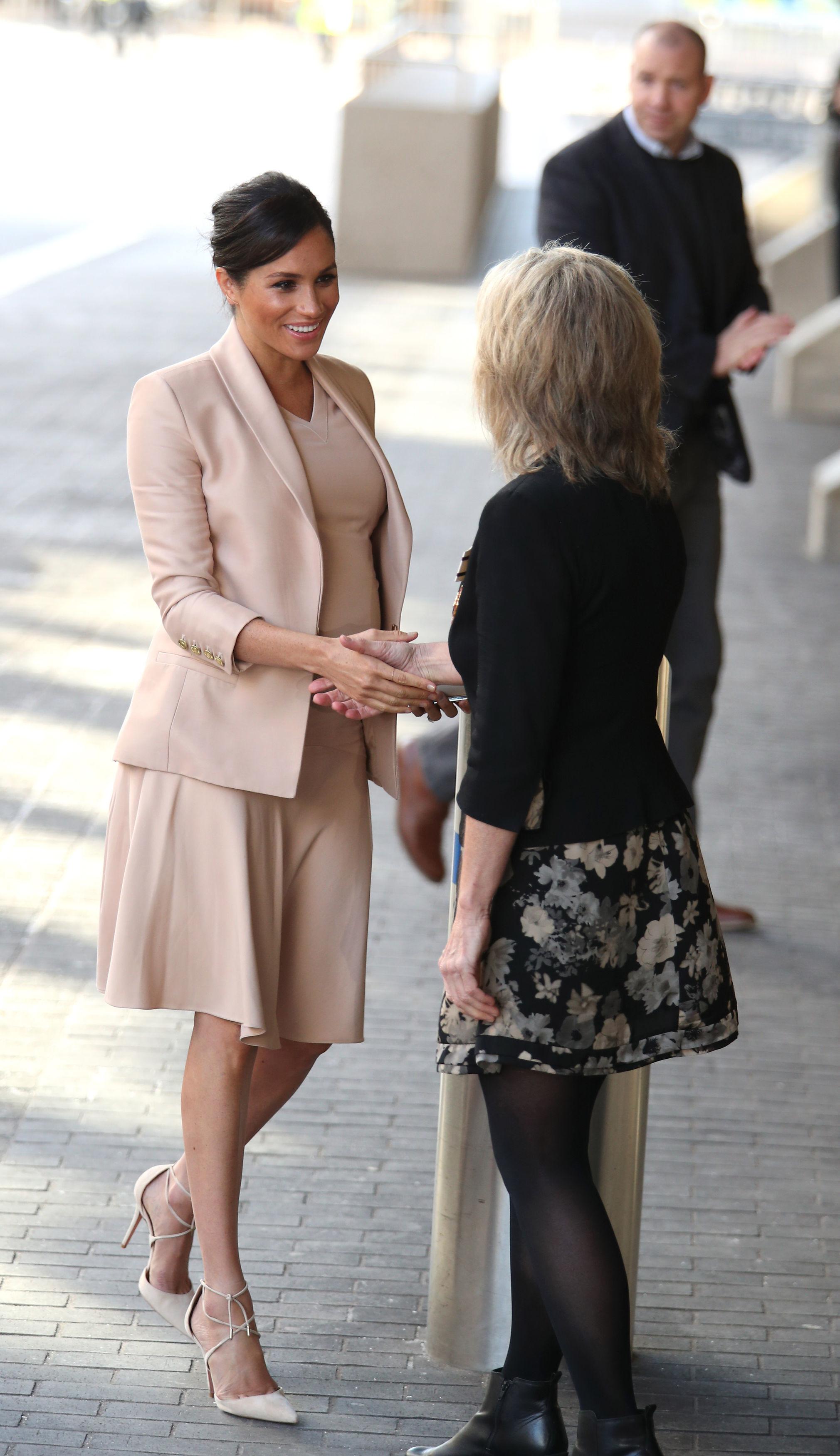 Heavily pregnant Meghan – who recently revealed she is around six months pregnant – waved and cradled her bump as she arrived at the theatre.

The Duchess wore a custom-made Brandon Maxwell v-neck dress worth £1,450 paired with a matching blazer priced at £1,680.

It's believed the Duchess stepped out in the same heels she wore during her and Prince Harry's official engagement photocall in November 2017.

The mum-to-be wore her hair in a neat updo, opting for her signature nude lip and smokey eye make-up look.

Kensington Palace have said today's visit will allow the former actress to "explore the organisation's work, and meet some of the talented teams and apprentices working behind the scenes."

Earlier this week, we revealed Prince Harry will spend his first Valentine’s Day as a married man AWAY from pregnant Meghan Markle despite her admitting she’s a ‘sucker’ for romance.

We also revealed ‘sexist and racist’ abuse against Kate and Meghan has got so bad that royal staff are struggling to delete it all.

And we told you Princess Charlotte to join Prince George at £6k-a-term St Thomas’ Battersea School in London in September.