Christina Milian radiated sunshine while frolicking on the beach in Mauritius, wearing a golden bikini that showed her adorable baby bump in the surf.

The Little Mermaid is shaking. Christina Milian was the epitome of an ocean goddess as she frolicked on the beach in a bikini, showing off her growing baby bump in a glittering bikini. The “Dip It Low” singer, who just revealed that she’s pregnant with her third child, slipped into the gold two-piece from Fashion Nova during a tropical adventure to Mauritius, which she documented on Instagram.

Christina, 38, captioned the December 17 post “Nurture x Nature,” adding the Planet Earth emoji. The post contains a photo and video (see above), both of which are simply stunning. The photo shows Christina wading in the surf, clear blue water lapping at her legs as she enjoyed her day at Le Morne Beach. She’s slightly smiling up at the sunshine as wind blows her hair. And her adorable baby bump, growing by the day, is fully on display.

The Grandfathered star does a perfect Ariel-esque jump out of the surf in her slo-mo video, her wet hair whipping behind her. Too pretty! Christina and partner Matt Pokora announced on December 10 that they were expecting their second child together just 10 months after the birth of son Isaiah Pokora. “You and me + 3. Isaiah is already a protective big brother #partyoffive,” Matt captioned his post, including a beautiful photo of the little boy touching his mom’s stomach. 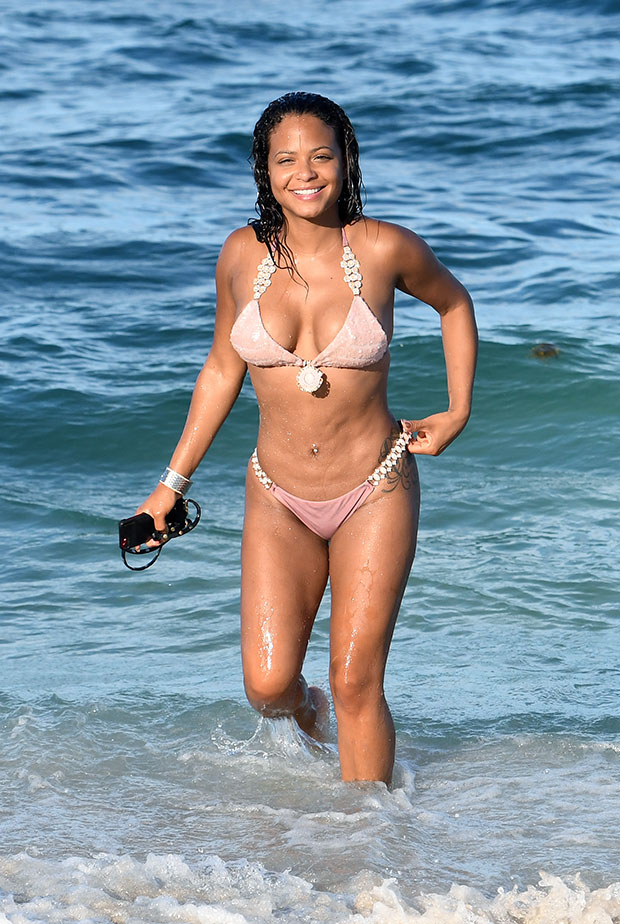 Christina wrote “You and Me + 3 #morelove” as the caption on her post, including a romantic photo of Matt kissing her pregnant stomach on the beach. This is Christina’s third child. Along with Isaiah, who was born in January 2020, she shares 10-year-old daughter Violet Madison Nash with ex-husband The Dream.