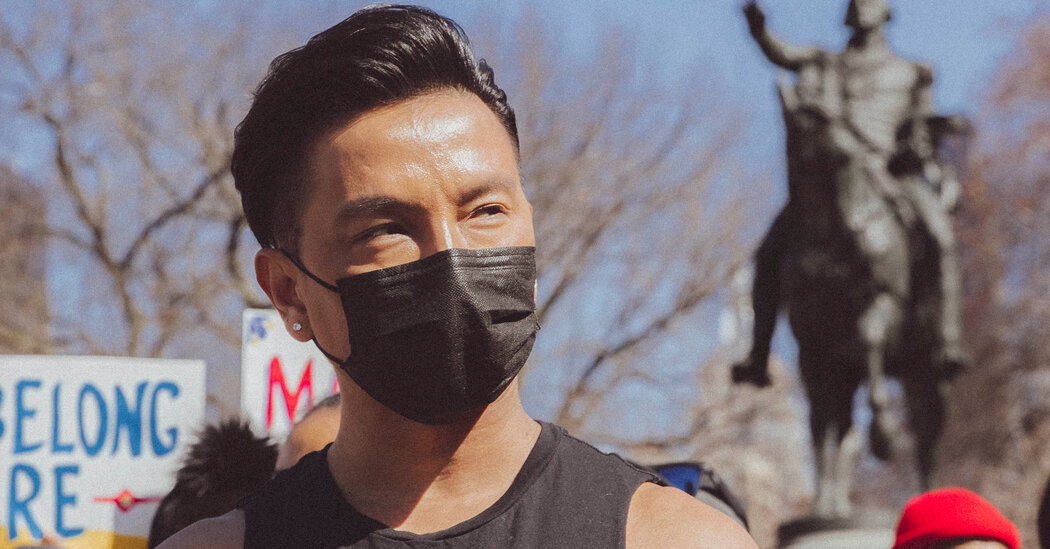 Prabal Gurung, the Nepalese-American designer, has been a vocal proponent of inclusion and diversity since his first show in 2009. In the wake of the Atlanta shootings and an upswing in anti-Asian violence, he talked to The New York Times about his own experiences and what his work has to do with it.

How do you grapple with what’s going on?

To watch a video of a 65-year-old woman being brutally attacked is triggering and heart-wrenching, not just for me but for my friends and people from my community. We all are so worried for our loved ones. My mother goes on walks every morning and evening. She’s 75-years-old. A couple of weeks ago, I bought a blond wig for her, and I said, “You know, just wear it when you go outside, wear a hat, wear glasses.” She tried it on. But the next day she came over to my place, and she was like: “I’m not going to wear it. Just buy me a big, strong cane.” That is the reality of this.

Is that why you were an organizer of a Black and Asian solidarity march with other designers and activists in March?

We didn’t know how many people were going to show up, but thousands and thousands of people showed up across races and gender: L.G.B.T.Q. friends, Latin friends, Black friends, Asian friends, white friends. What we recognize is that for this particular moment to turn into a movement, we have to have all the marginalized groups and our white counterparts coming together.

You know, when the pandemic started, I had an option of leaving the city. I decided to stay in New York and really participate in all of these protests and marches simply because I knew that, individually, I could create a noise. Collectively, I could be part of a revolution. I knew how it felt to be othered. I knew how it felt to turn the pages of a magazine and never see someone who looked like you.

Have you felt discrimination over the course of your career in fashion?

Did you experience it when you were trying to get financial backing for your business?

For my 10-year anniversary I was at a potential investors meeting, and one asked, “What does the brand stand for?” I said: “The America that I see is very colorful. The dinner table that I see is very colorful. It’s diverse. That’s the America that was promised to me. That’s why I came here, because I was a misfit back home.” And he says to me, “Well, you don’t look American.” I looked at him, and I was like, “You mean to say I don’t look white?”

“It’s OK,” I said. “I’ve been in business in America for 20 years. I’m a citizen. I make more than 90 percent of my clothes in New York City. I am actively involved in social causes. I’ve contributed to my taxes.”

Needless to say, I didn’t get the investment. I’m still an independent brand. I’ll never forget how little he made me feel.

What about in terms of how people see your work?

Once I did a collection inspired by Mustang, in Nepal. It’s a beautiful place. There were some big gongs. The fashion director from a retail platform came over and said: “If I want to look at that collection, I can look at a History Channel. We don’t want anything cool from you. We want pretty.” I didn’t fight back at that time. I was just like, “I need to save my business.” So I kept quiet.

Is that part of your responsibility?

I remember right after my first collection, when I was dressing a lot of celebrities, I called my mother back home in Nepal. My mom said, “That’s great.” And then she said: “You know who you should be dressing? Michelle Obama. She stands for something.” A year later, Michelle Obama had worn a dress of mine, and I called my mother. And then she goes: “I’m happy for you. Congratulations. But remember, this is no longer yours. This success is no longer yours. It belongs to everyone who felt marginalized the way you did. So now it’s up to you what you’re going to do with it.”

A Rise in Attacks Against Asian-Americans