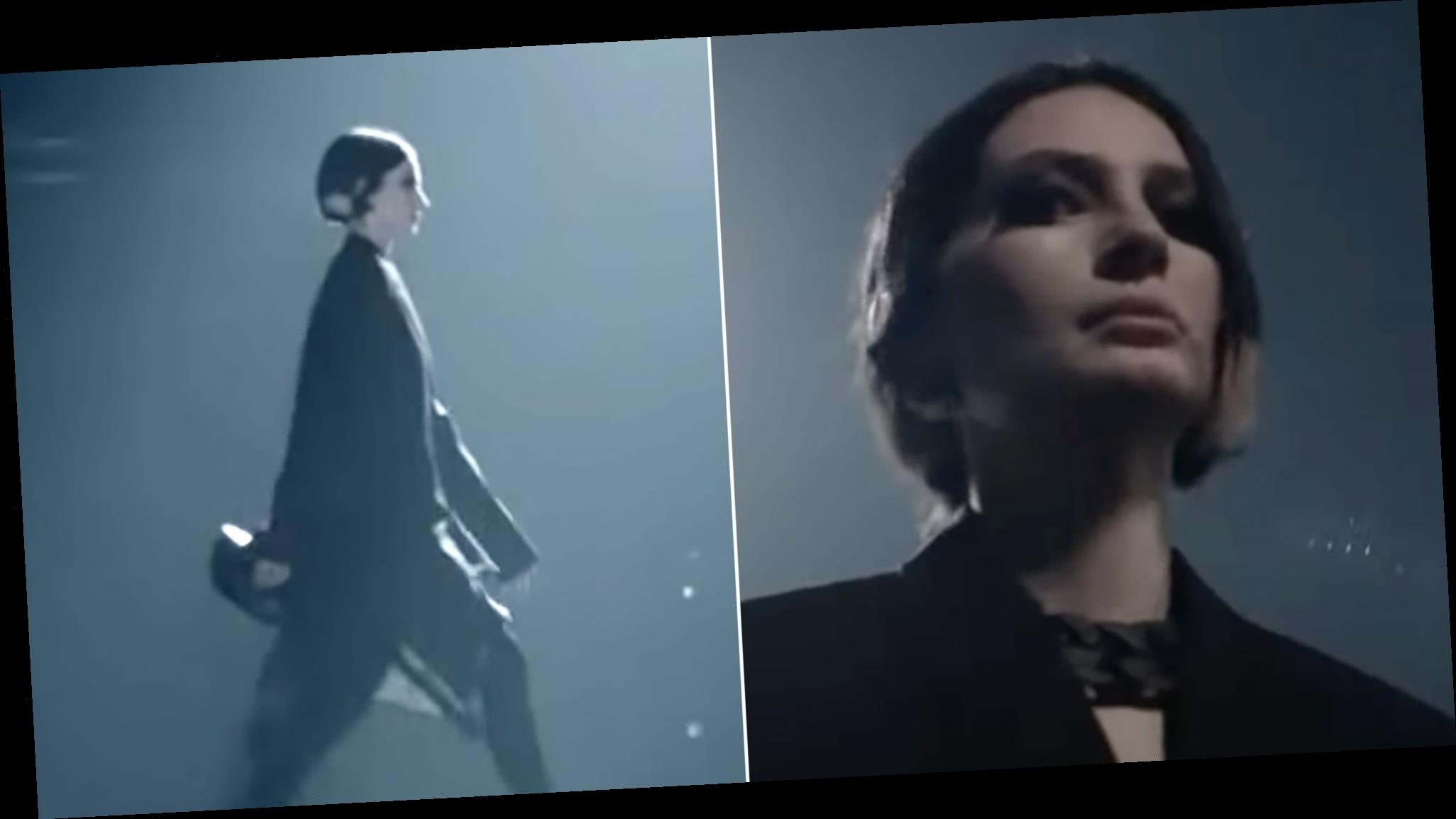 Fierce and fabulous! Meadow Walker, the daughter of the late Paul Walker, made her runway debut in Givenchy’s Fall/Winter 2021 fashion show during Paris Fashion Week, and not just as any model — she opened the show! Footage was released on Youtube on March 8. And in the 12-minute clip, it’s clear that the 22-year-old was born to strut the catwalk.

The model took to Instagram to show her gratitude for her big break. “Exclusive Debut. Opening Givenchy FW21. Thank you Matt for your complete support and determination to safely get me to Paris from NY. Congratulations on your first Givenchy show @matthewmwilliams! Grazie mille @pg_dmcasting. Thank you to everyone involved. Endless gratitude and love for you all Xx #givenchyfw21,” she captioned a video clip of the virtual show.

Walker, who walked alongside the likes of veteran supermodels Bella Hadid and Jourdan Dunn, wore a monochromatic black ensemble complete with a sheer chiffon skirt and asymmetrical black blazer. The outfit was paired with opaque tights, platform shoes, a structured bag and a chunky plated necklace.

As for the beauty of it all, Walker rocked her classic chic black ear-length bob with a bleached, white block of color on the right side. Her complexion was bare, but the eye makeup for the Givenchy show made an undeniable statement.

In the video, Walker sports a deep smoky eye with a dramatic white eyeliner tightlined along her lower lash line and blended to the inner corner.

The model’s sleek opening outfit was the perfect lead for the collection, which features mostly black, brown and neutral colors, layered looks, oversized blazers and even a bit of outerwear.

As for the inspiration for the virtual show? Williams wanted a “mix of lavishness and austerity” that would be both “monumental and intimate.”

“In many ways, this collection is about a constant tension between two worlds. It’s about finding personal meaning in difficult circumstances; it’s about sincerity in what we do rather than strategy. Ultimately, fashion for us is a way of being, feeling and connecting rather than a game to be played. It’s almost like monumentalizing the everyday, filling it with emotion – like music you can wear,” Williams writes on Givenchy’s website.

To demonstrate this juxtaposition, Williams staged the show in an industrial location which featured metal walkways and techno music by Robert Hood playing in the background.

Walker began her modeling career in 2017 and is signed with DNA models. Back in January 2021, she also starred in the 2021 Proenza Schouler campaign.