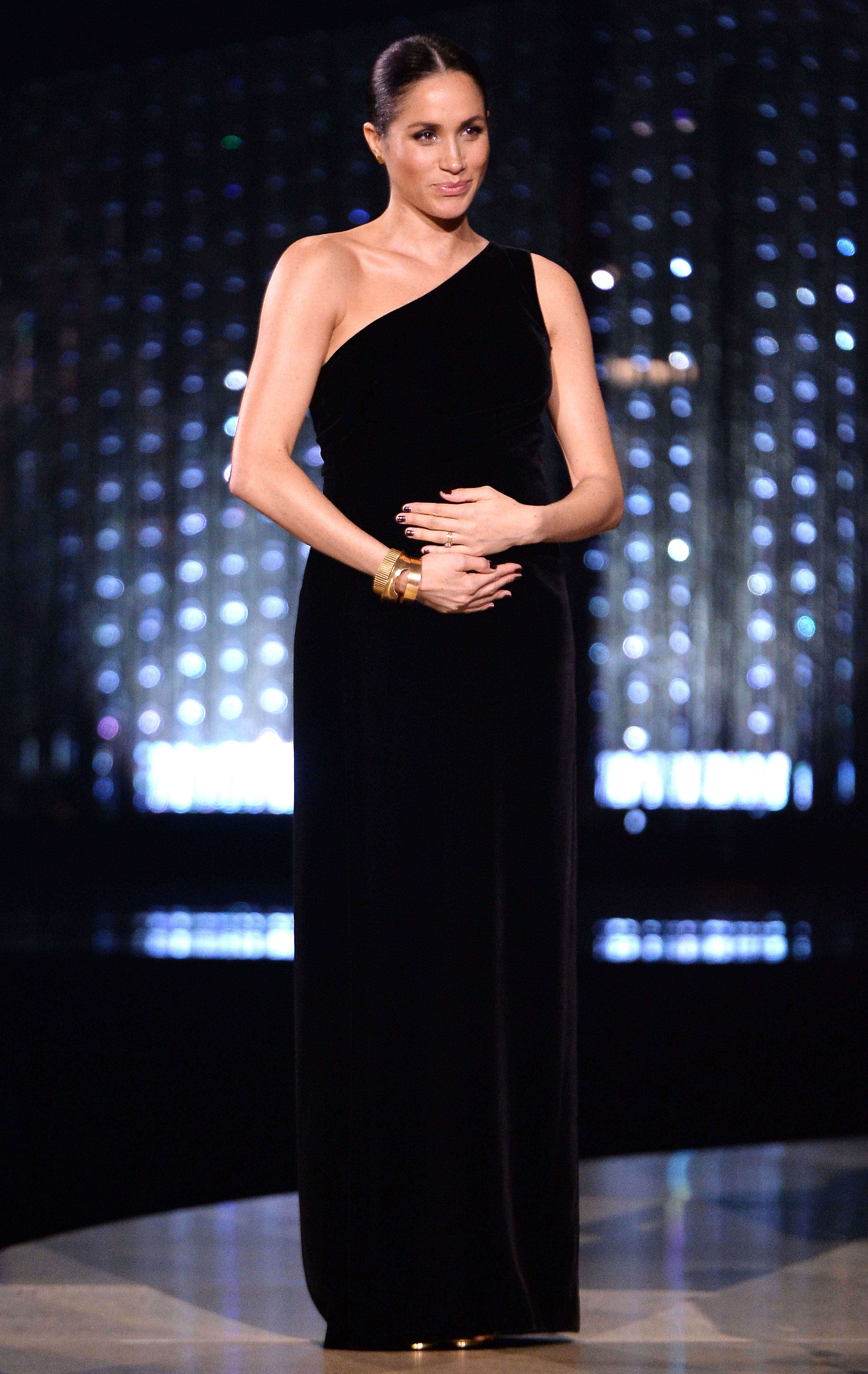 Meghan Markle stunned the A-list crowd at London’s Royal Albert Hall on Monday, December 10, when she made a surprise appearance at the 2018 British Fashion Awards to present Givenchy’s Clare Waight Keller (the woman behind her spectacular royal wedding dress) with the British Designer of the Year honor. And while her baby bump-flaunting black velvet gown by the French fashion house stole the show, it may not have been the Duchess of Sussex’s first choice for the stylish fete.

“Meghan had two different outfit options for the Fashion Awards on Monday night. Both were sent to her by Givenchy,” a source close to the former Suits actress tells Us. “The one she wore wasn’t her first choice, but is the one the Palace approved.”

The velvet one-shoulder design, which she paired with strappy metallic Tamara Mellon sandals and brushed gold jewelry by artisans in Afghanistan, perfectly showed off her burgeoning baby bump and was widely heralded as one of her best looks to date. Givenchy has declined our request to comment, but it seems as though the mom to be had something else in mind.

“She still looked really elegant,” the source says, “but I wonder what her choice was for the Palace to still allow a one-shoulder dress.” 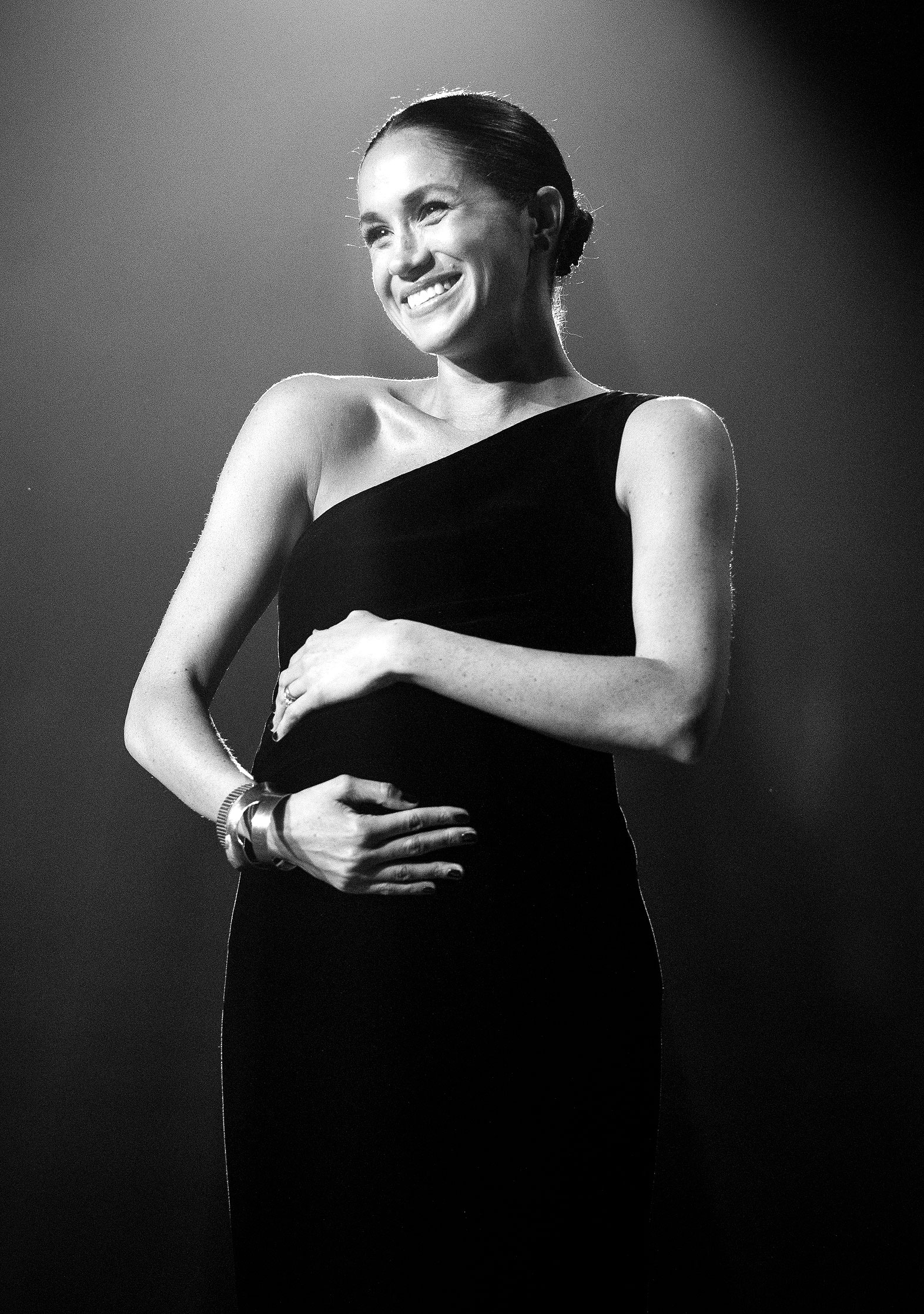 Known for her boundary-pushing style, the Duchess’ nail polish (she opted to forgo the royal family’s usual barely-there shades for a dark onyx-like color) made headlines around the globe, and she’s been seen as taking the monarchy in a more modern direction with her trendy fashion choices since she and Prince Harry announced their engagement last fall.

All of the Ways Meghan Markle Is Changing Royal Fashion

In addition to this shoulder-baring style, Meghan showed off her décolleté in a $1,149 shimmering black and white tropical-print peplum Safiyaa top at the Royal Variety Performance in November. She’s also shown her fondness of borrowing from the boys in chic pantsuits and separates that are less commonly seen on female members of the British royal family. And then there is, of course, the continued fascination with her go-to messy bun.

So while we can only hope to one day see the alternate Givenchy design Markle had planned for the British Fashion Awards, there is no denying her fashion choices are redefining royal style.