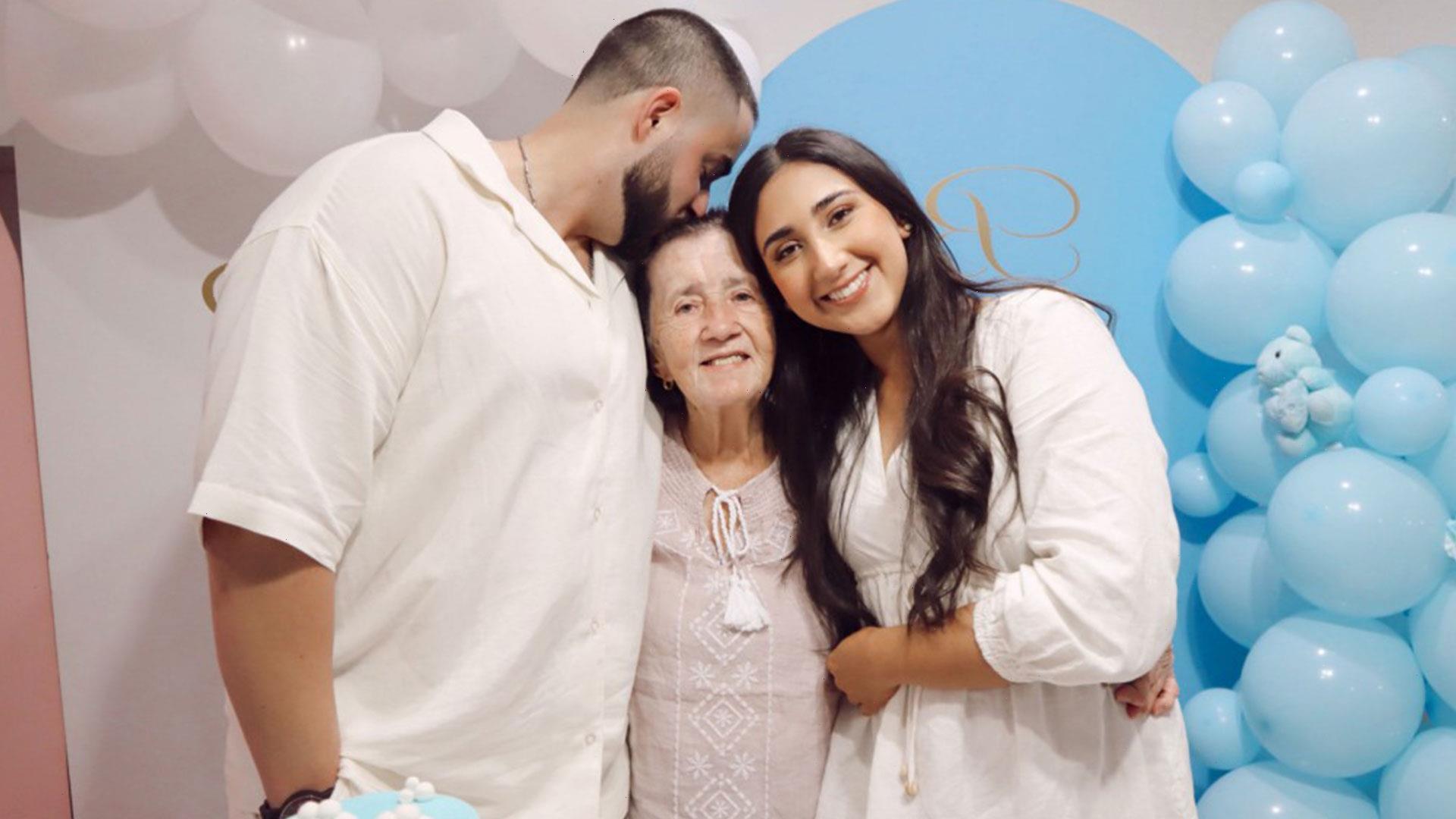 A GRAN was caught on camera storming of a gender reveal after learning her first great-grandchild was going to be a boy – as a girl would have been named after her.

Daniela Florez said her grandmother Elena Diaz was 'over the moon' when she announced her pregnancy and she promised the baby would be named after her if she was a girl. 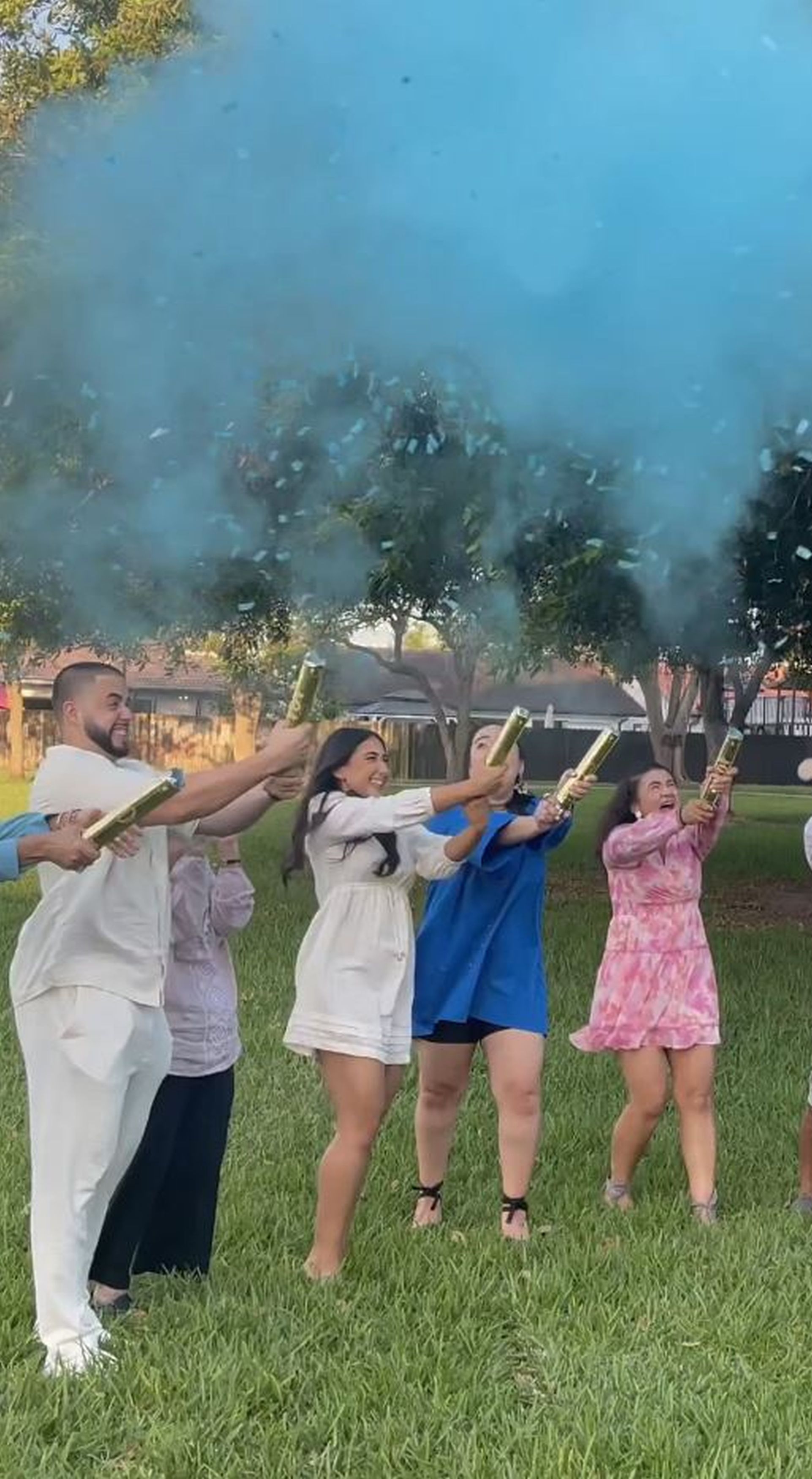 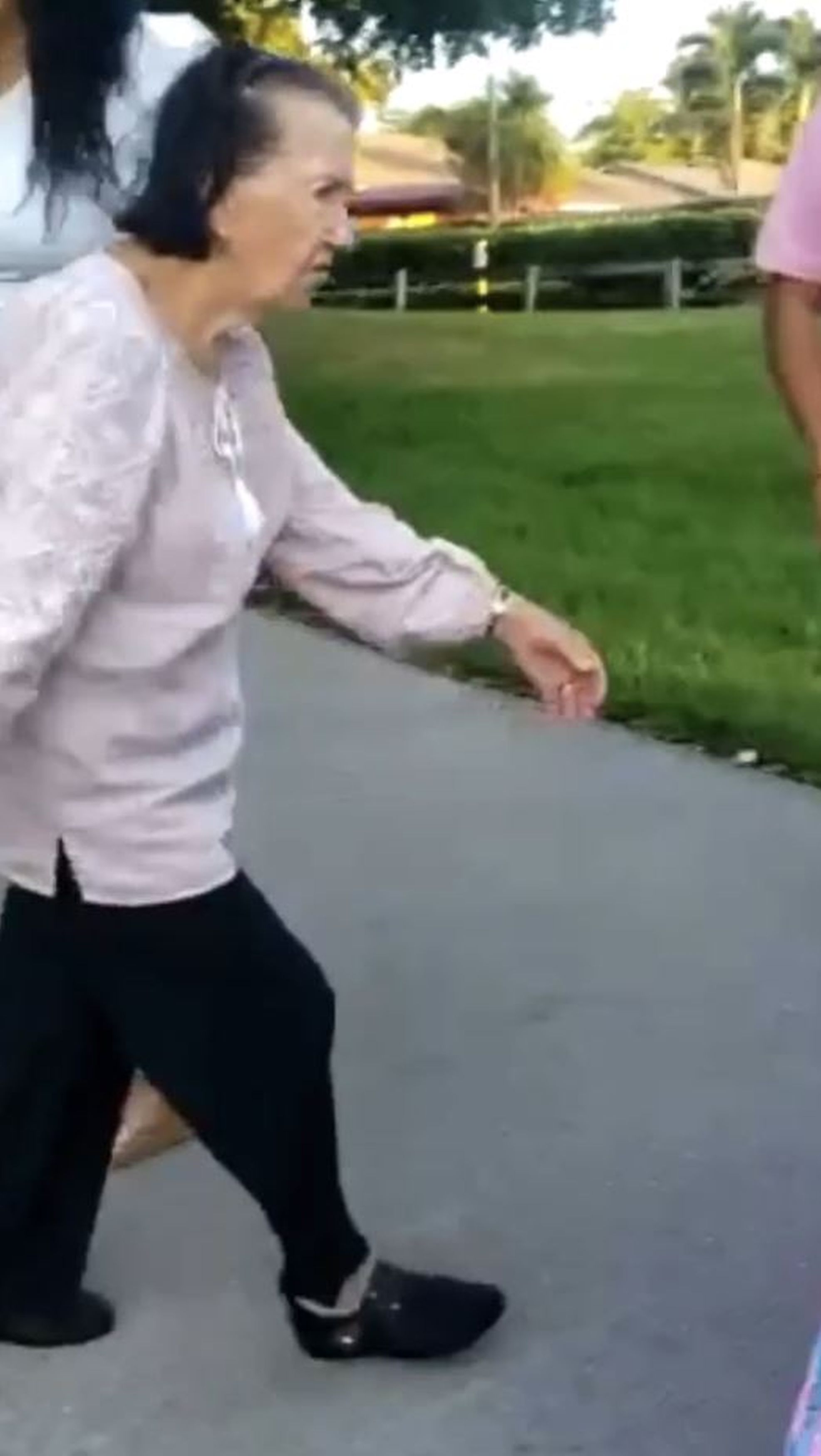 The 83-year-old was so convinced that the new arrival, whose due date is also on her birthday, was going to be a girl that she bought pink gifts ahead of the gender reveal earlier this month.

Footage captured shows Daniela, 26, and her family letting off confetti and smoke cannons bellowing out blue powder before everyone starts jumping with joy.

But amid the jubilant scenes of hugging relatives, the gran-of-six can be seen scowling, throwing her hands in the air and shaking her head.

Despite people rushing to hug her she shrugs them off before storming off to sit on a bench.

Queen's REAL favourite grandchild revealed – but it's not Harry despite claims 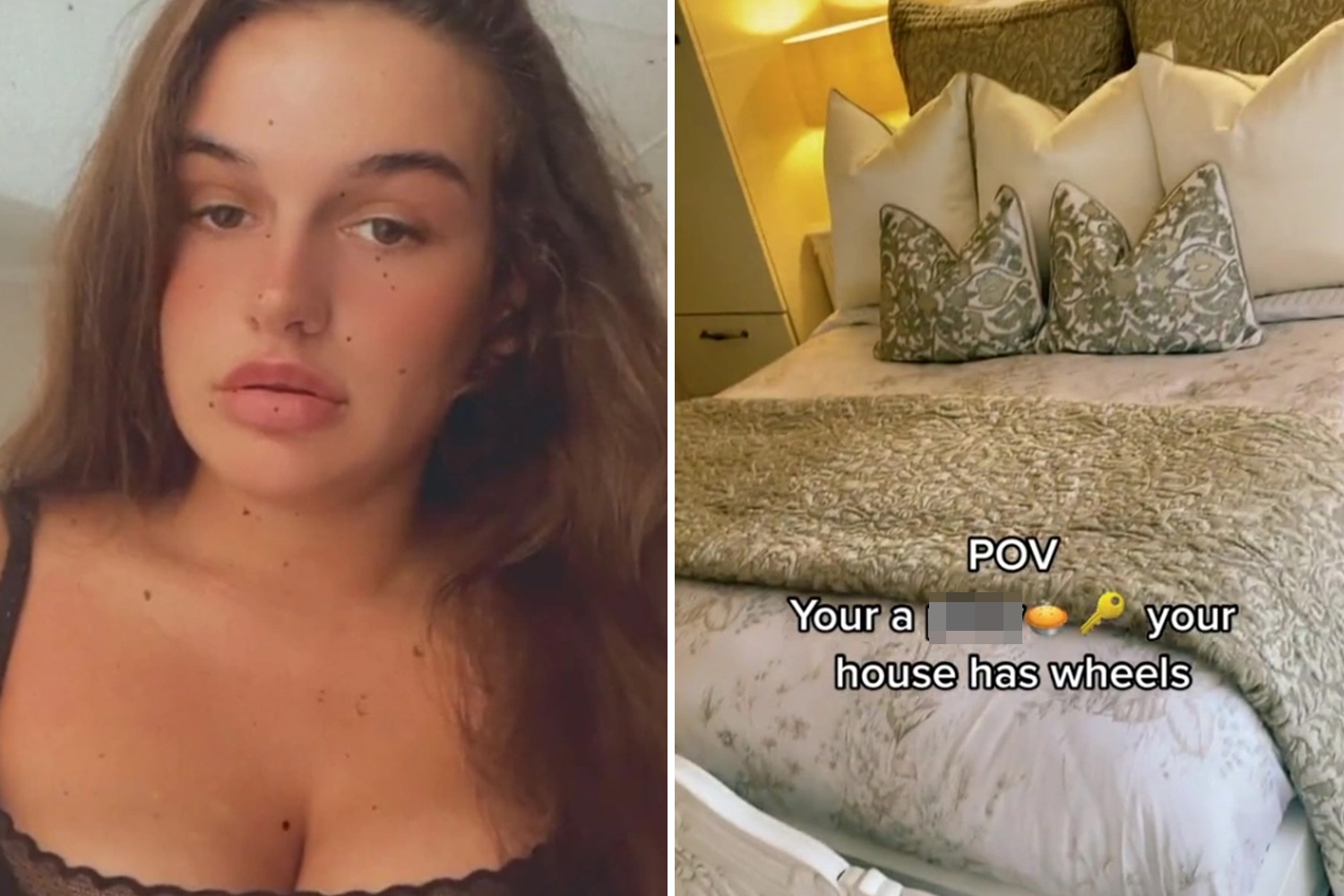 I’m a proud traveller, people call me a ‘pi**y’ – they are jealous of my home

The mum-to-be describes her beloved grandmother as a 'character' and an 'amazing woman' and said her reaction was short-lived – as she's very much looking forward to the new family member's arrival.

The video shared by Daniela has racked up more than five million likes, comments and shares as users flocked to remark how 'cute' and 'hilarious' her response to the gender reveal was.

Daniela, of Miami, Florida, US, said: "I think the video's hilarious. My grandmother is very much like that.

"She's a character and loves to get reactions out of people, so that's just the way she is. 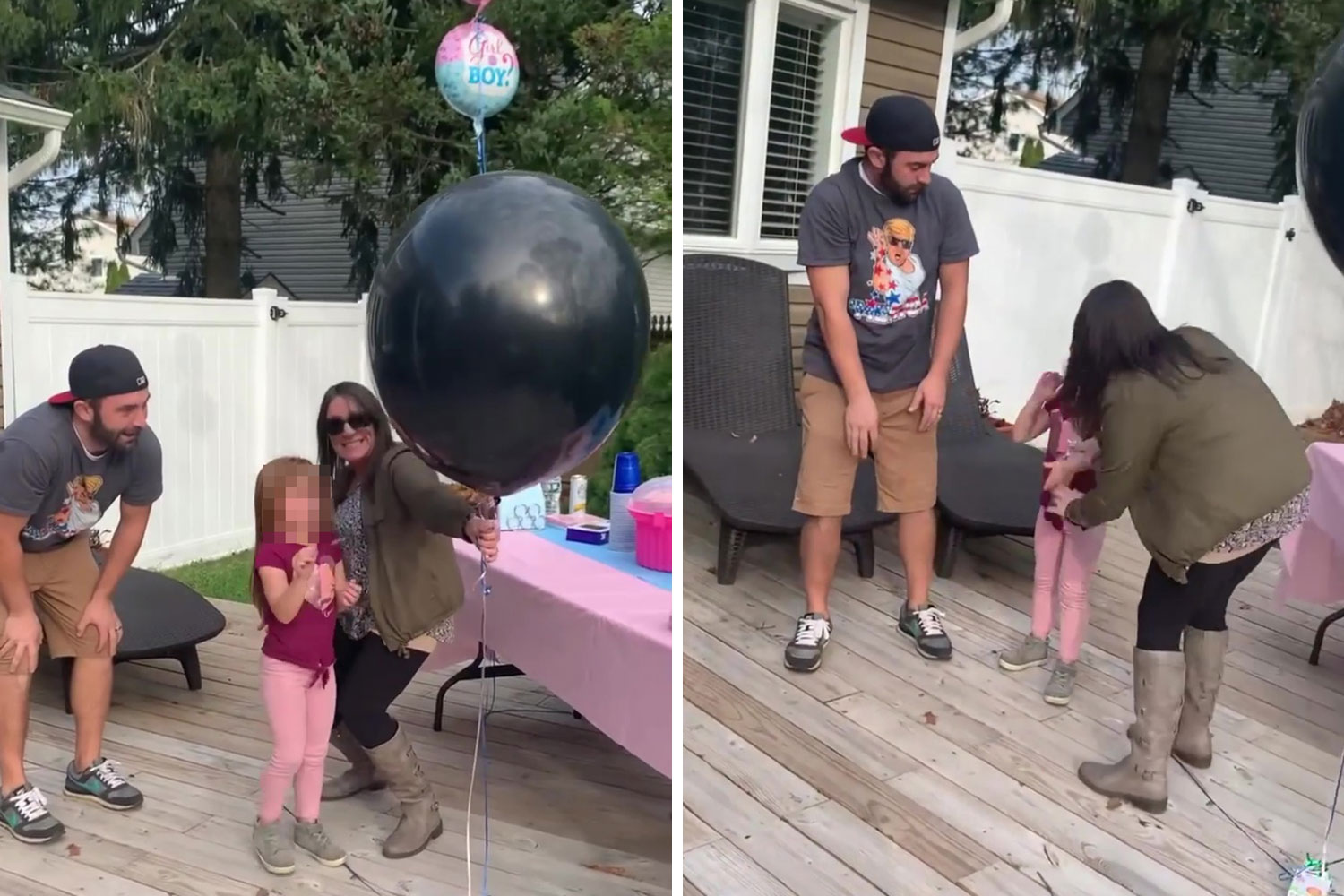 Gender reveal sees girl throw a tantrum, no one finds out if it’s a boy or girl

"I'm the first grandchild that's giving her a great-grandchild so it was a very big deal for her.

"I told her if it was a girl I was going to name her after her, so she was very excited and my due date is also on her birthday. It was a lot of mixed emotions for her.

"She actually has a necklace with her name and she was like 'I'm going to give it to her'. She hoped and she 'knew' that it was going to be a girl.

"When she saw that it was a boy that's why to her it was like 'no' you know, it was a total bummer because she really was very excited for the girl.

"She had a one-minute tantrum. Honestly, it was only that moment that we recorded. After that, she went back into the house and she just laughed it off."

The health coach said that the promise she made to her grandmother still stands and if she's ever expecting a girl, she'll be named after her.

Daniela said: "Because everyone was hugging us I had no idea [of her reaction] and then they showed me the video and I just laughed and was like 'oh my god, of course she would get like that'.

"We're very sarcastic with each other and I told her 'you ruined my gender reveal video' and she just laughed and was like 'oh, whatever'.

"Since she thought it was a girl she had bought a pink towel set and when she found out it was a boy she told me she was going to give me another gift.

"The next day she came back with a blue towel set and was like 'ok, here for the baby boy'.

"I was like 'you're so cute' and asked her if she was excited and she was like 'of course, it's my first great-grandchild – of course I'm excited'."

Daniela shared the video on TikTok with the caption 'the contrast between everyone celebrating and then her ps: she’s very happy! This was just her one-minute tantrum.'

The doting granddaughter said that she's very close to her grandmother Elena.

Daniela said: "She's very loving and raised me and my two siblings, she's been living with us our entire life.

"She has her moments where she'll tell you how it is and she's not scared of doing it. She's very sassy.

"She's a free soul and is someone that likes to make people laugh and smile. She's always there for you.

"Overall, she's just a character and an amazing woman."

In a follow-up clip posed by Daniela, Elena said: "The wish of a woman is to have a girl.

"You [Dani] were going to call her Elena and I had her necklace ready with her name and some little things but no he's more than awaited [sic] for and what matters is that he's healthy.

"I'm so happy because it's my first great-grandchild."

The video has received more than 6,000 comments – with one remarking that it was the 'cutest tantrum they'd ever seen'.

One user wrote: "The way she’s dramatically lost in the crowd fighting her emotions."

Another commented: "The poor woman is expiring she wants a granddaughter, give her a break!"

A third wrote: "Grandmas start acting like little kids when they reach that age. It’s so cute, I loved seeing how chiflada [crazy] mine got as she got older."

Another remarked: "Someone give her a granddaughter."

One commented: "When she stormed off I couldn’t handle it."

Another wrote: "I could see how she just wanted to live to see a grand baby named after her. I find it so sweet it meant so much." 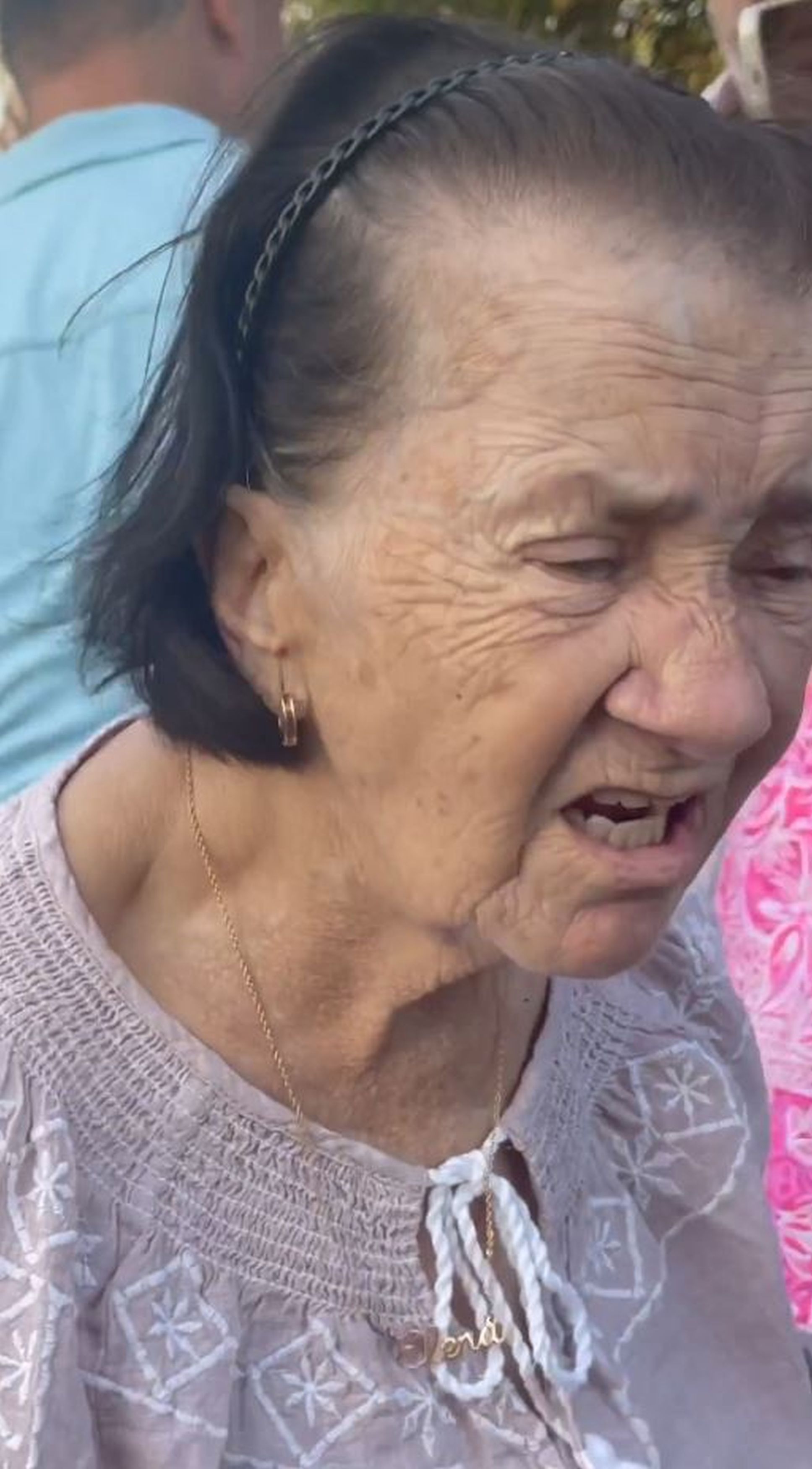 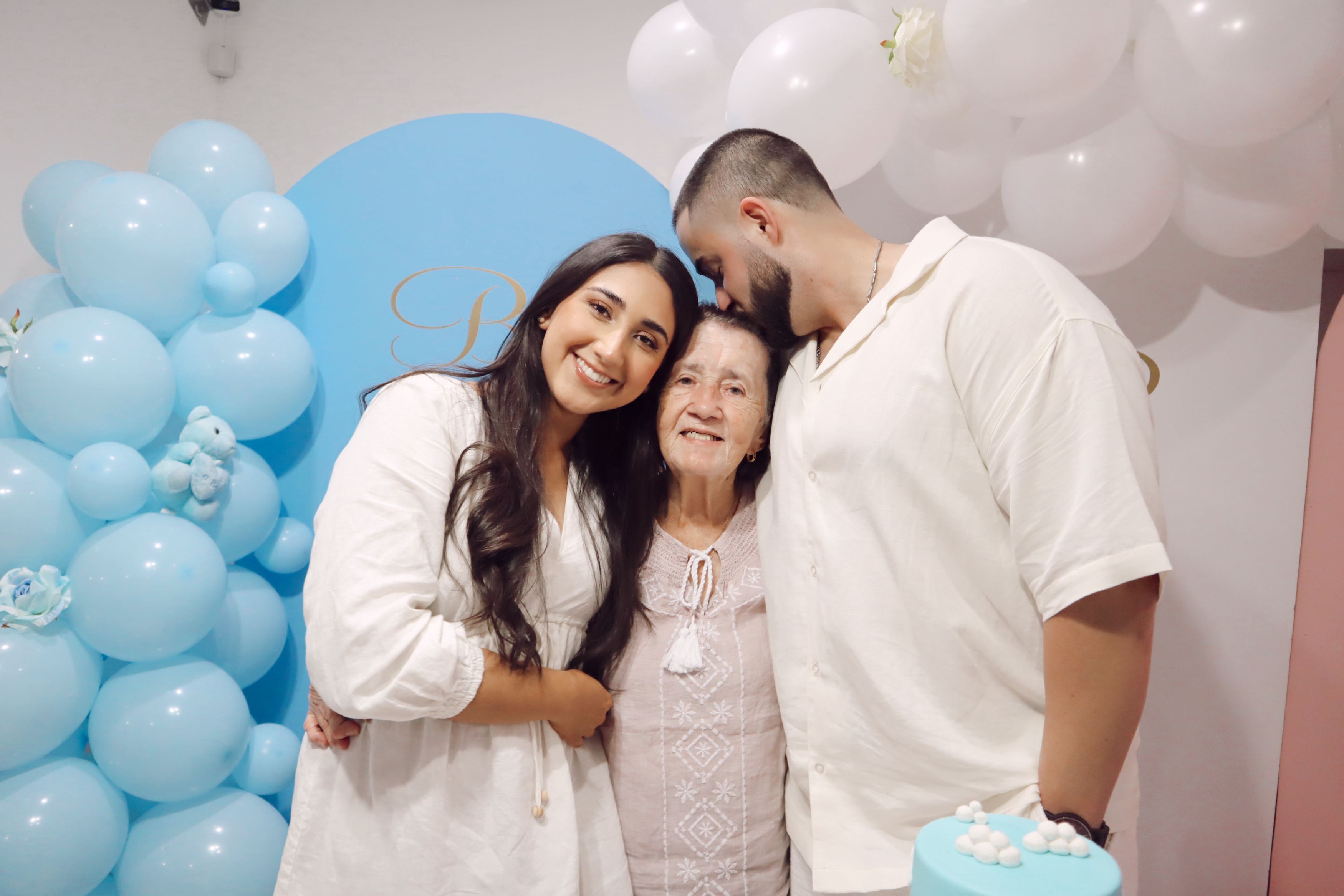