BRIDE Katie Haines beamed widely as she walked down the church aisle with her dad, her champagne-coloured gown flowing behind her.

She was marrying her perfect man – yet just two months after the dream ceremony, Katie, 31, was tragically killed by carbon monoxide poisoning. 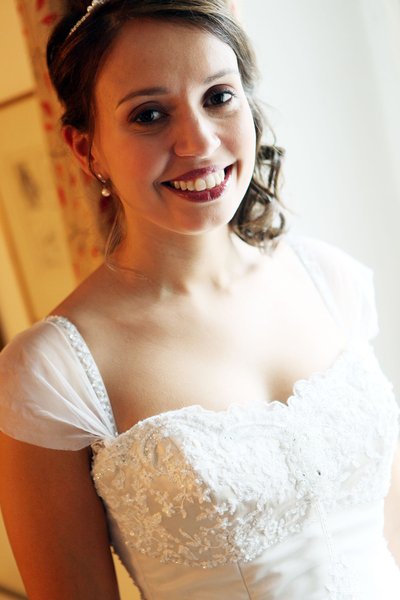 The happy newlywed, still on "cloud nine", was having a bath when she accidentally inhaled the colourless and odourless gas from a faulty boiler.

She was found drowned by her groom Richard, who had realised something was wrong when he spotted their pet cat lying motionless on the floor.

Katie, from Berkshire, was found to have 37 per cent carbon monoxide poisoning (the NHS says a level of 30 per cent indicates "severe exposure").

Richard realised when he saw the cat lying on the floor. It wasn’t dead but it was unconscious

And despite Richard's best efforts to save her she sadly died – with postcards from her honeymoon later arriving through her loved ones' letterboxes.

“Richard realised when he saw the cat lying on the floor. It wasn’t dead but it was unconscious I think," says Katie's heartbroken mum, Avril Samuel.

"He found her – she’d obviously stood up and the carbon monoxide hit her, she fell back, hit her head on the side of the bath and drowned." 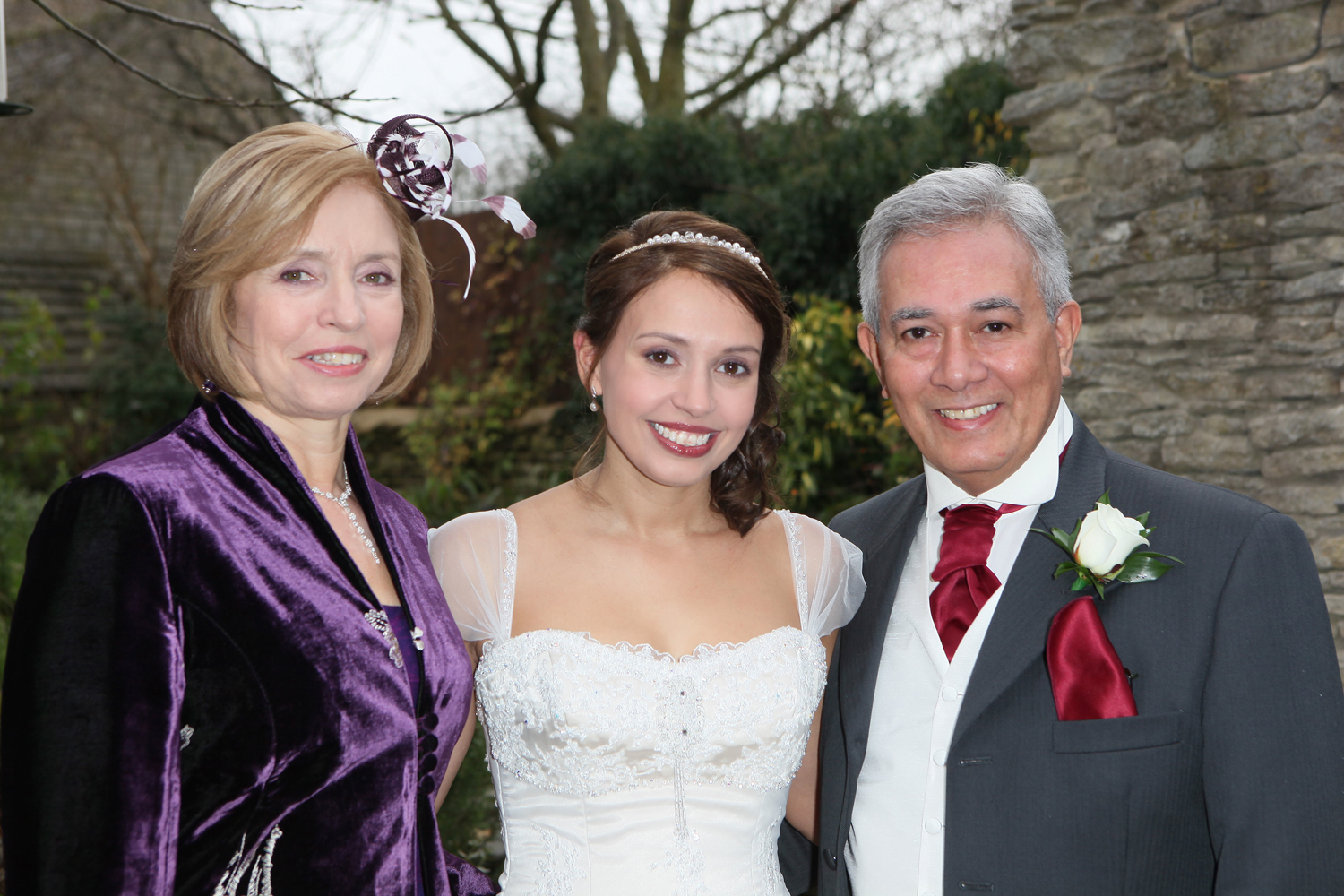 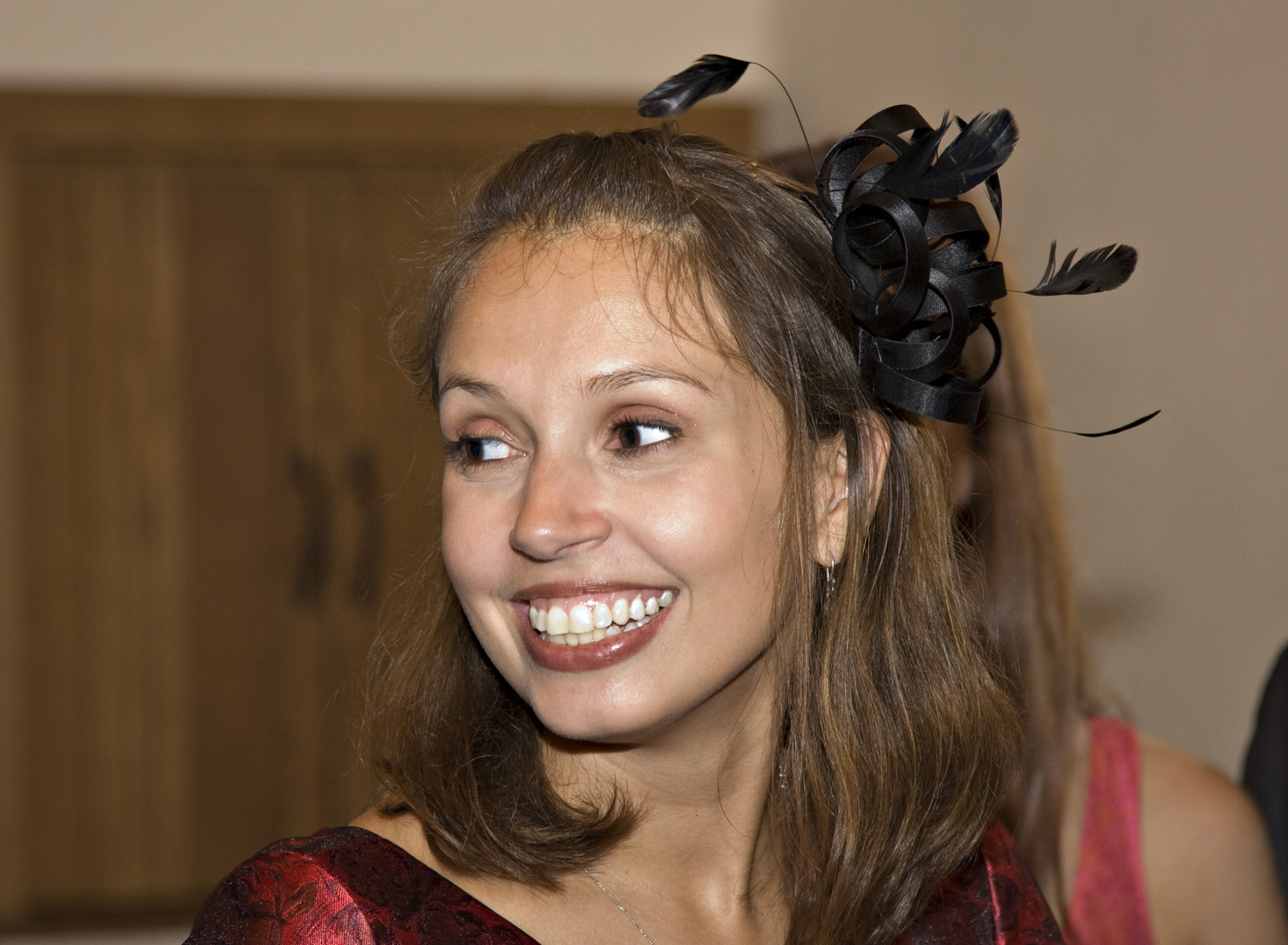 Avril, 69, is speaking out about her daughter's devastating death in 2010 as shock new figures reveal one in five gas appliances in the UK is unsafe.

Data from the Gas Safe Register also shows 25 per cent of householders have gas appliances – such as boilers, cookers and fires – overdue a service.

And with millions of Brits spending more time at home this winter amid the Covid pandemic, there are fears of more carbon monoxide poisonings.

“Katie wanted her wedding to be so special – and it really was," adds Avril, now dedicated to raising awareness of 'silent killer' carbon monoxide.

"And that actually makes it easier for us, in a way, that she was at her happiest and had experienced her beautiful, wonderfully-arranged wedding.

"But we’d much rather have her here than the memories." 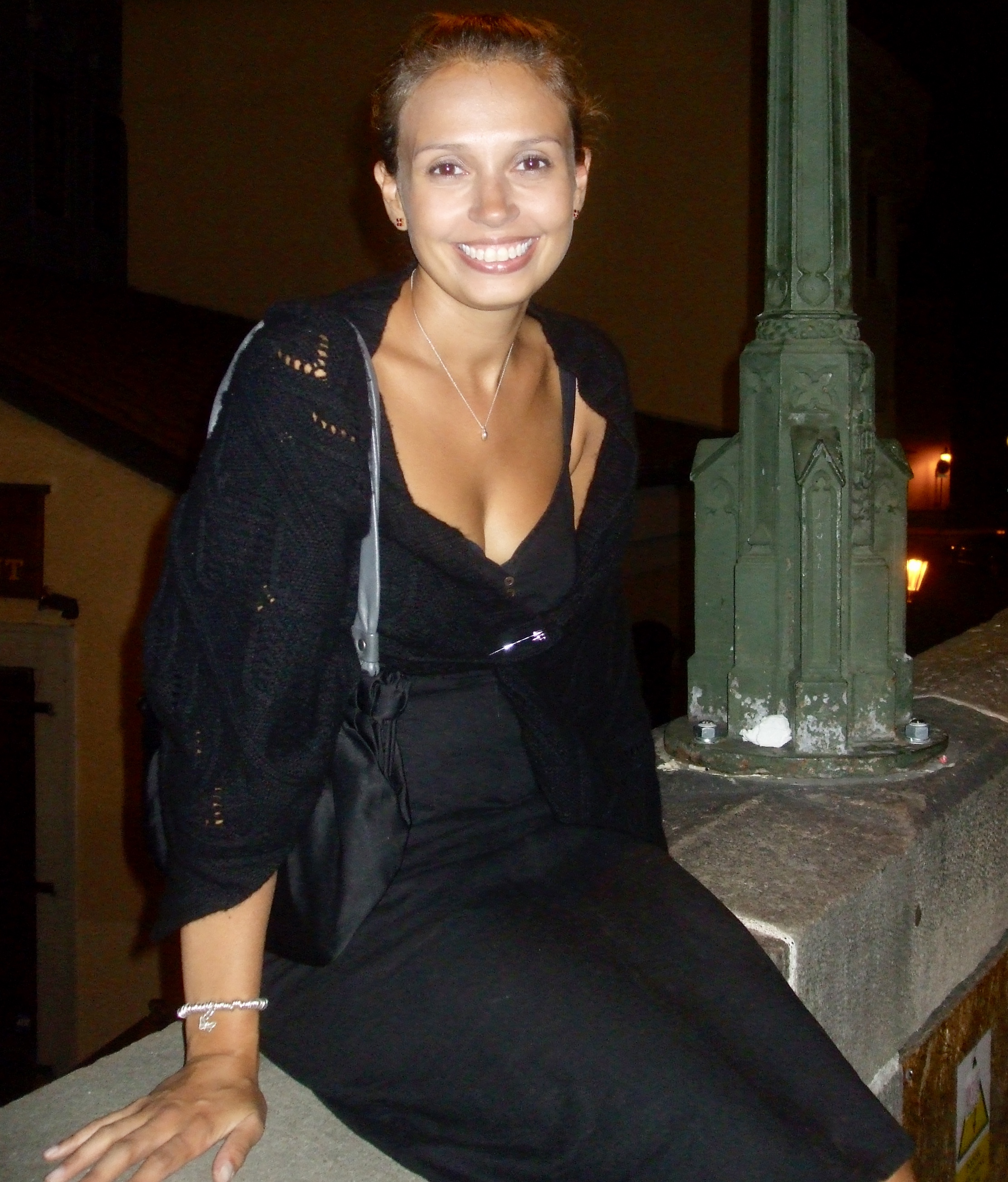 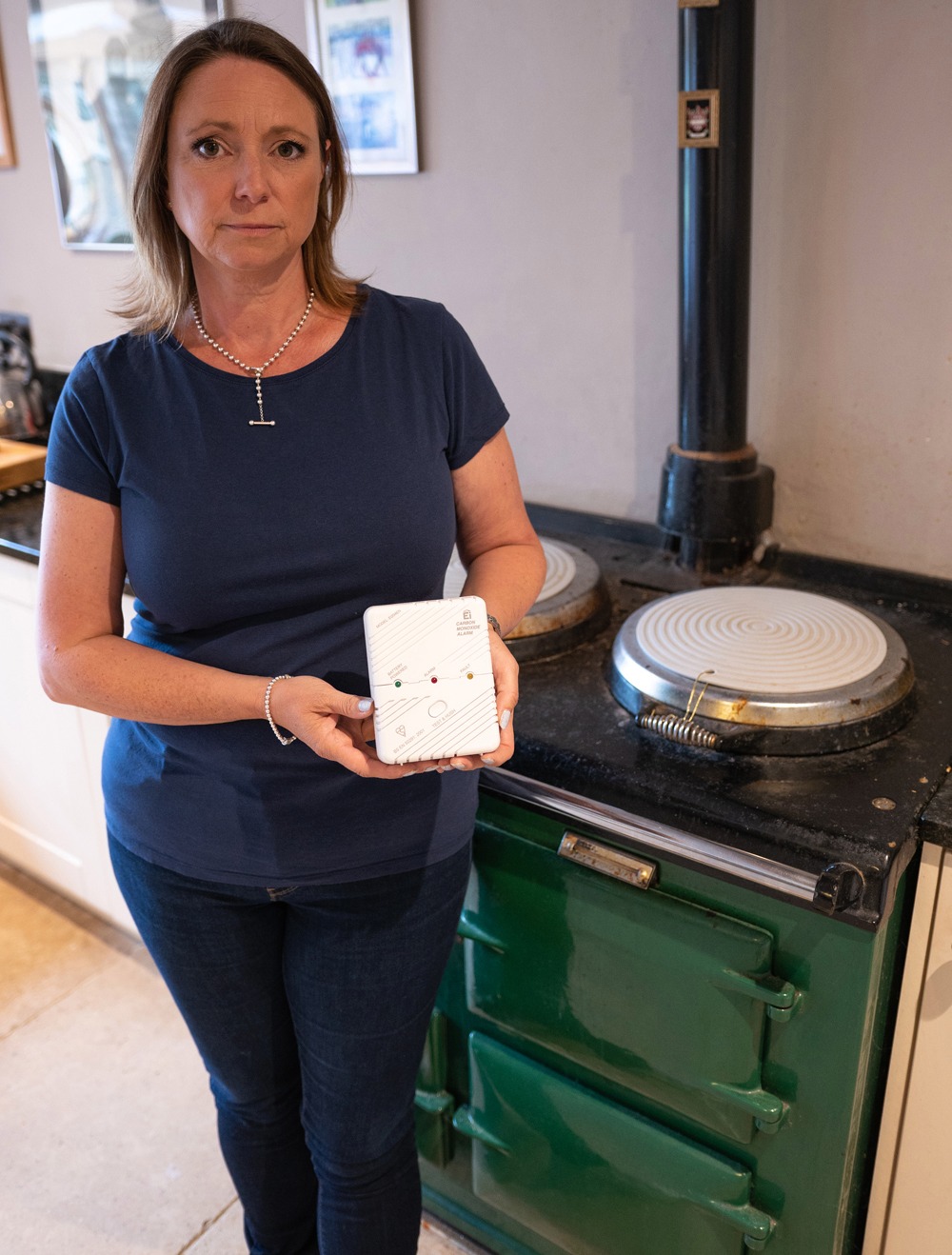 Katie, an Oxford University press officer who was "born with a smile on her face", had first met Richard around five years before their wedding.

"She knew straight away he was the person for her," recalls Avril, who lives in the Wiltshire village of Marston Meysey with husband Gordon, also 69.

“We liked him from the start – he was loud, but loud like her! They were a perfect couple. She was so elated to be getting married."

The couple, from Wokingham, wed on a sunny yet frosty day shortly before Christmas 2009, with Katie teaming her wedding dress with a fur wrap.

And for the radiant bride, it was the happiest day of her life.

"It was just so magical. My brother-in-law – her godfather – cried when he saw her walking through the door," says her mum.

"She looked like she was from Narnia afterwards in her fur cape."

What are the symptoms of CO poisoning and how can I buy an alarm?

HIGH levels of carbon monoxide can kill quickly. But because the gas is colourless, odourless and tasteless, it can be easily missed.

Current UK law states carbon monoxide (CO) alarms must be installed in all residential buildings when a fixed solid-fuel burning appliance – such as a log burning stove – is installed.

Yet, many Brits still don't have audible CO alarms in their homes.

According to the Katie Haines Memorial Trust, symptoms of CO poisoning can be easily confused with the flu or even a hangover.

The trust urges all Brits to install a carbon monoxide alarm, bought from a reputable manufacturer, in their homes.

They are widely available from DIY stores, typically found in the smoke detector aisle, or through an energy supplier.

The trust also states: "Get your gas, oil, or solid fuel appliances checked every 12 months by a registered Gas Safe, HETAS or OFTEC engineer."

It was also an occasion Katie had planned every minute of – from the Christmas 'star decoration' wedding favours to her own reception speech.

“She had a timetable for all of us – we knew when we had to have a shower, what time we had to brush our teeth…!" says Avril.

"It was planned exactly the way she wanted it."

We all got postcards from her which arrived after she’d died, which was really quite difficult

The day before the wedding, former journalist Katie had gifted her parents a loving poem that she'd penned – something they now greatly treasure.

And on the big day itself, she and dad Gordon ended up being early to the church ceremony. “They had to drive around a few times!" laughs Avril. 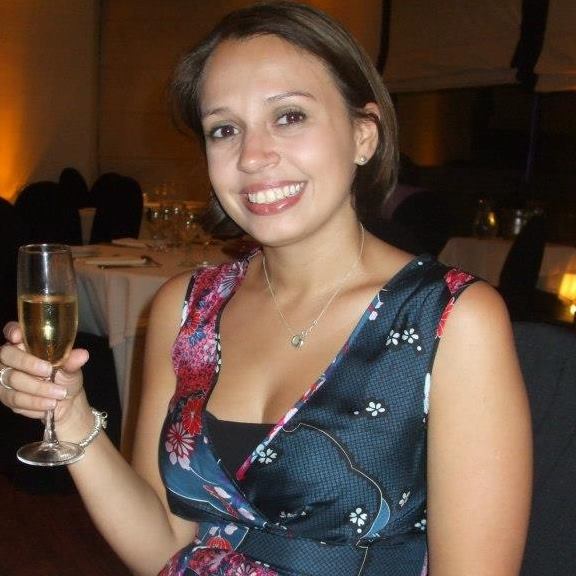 Once married, Katie enjoyed a "wonderful" Christmas with family before she and Richard jetted off on their honeymoon to South America.

“We all got postcards from her which arrived after she’d died, which was really quite difficult," says Avril, who also has twins Adam and Lydia, 39.

Before the honeymoon, Katie had told her family that she and Richard were feeling a bit "queasy" – but this was simply put down to all the excitement.

Looking back, Avril now wonders whether these symptoms were a result of low levels of carbon monoxide already in the home, though she'll never know for sure.

Signs of carbon monoxide poisoning include headaches, tiredness, nausea and vomiting, among others. And the mum warns: “You can be poisoned for a long time." 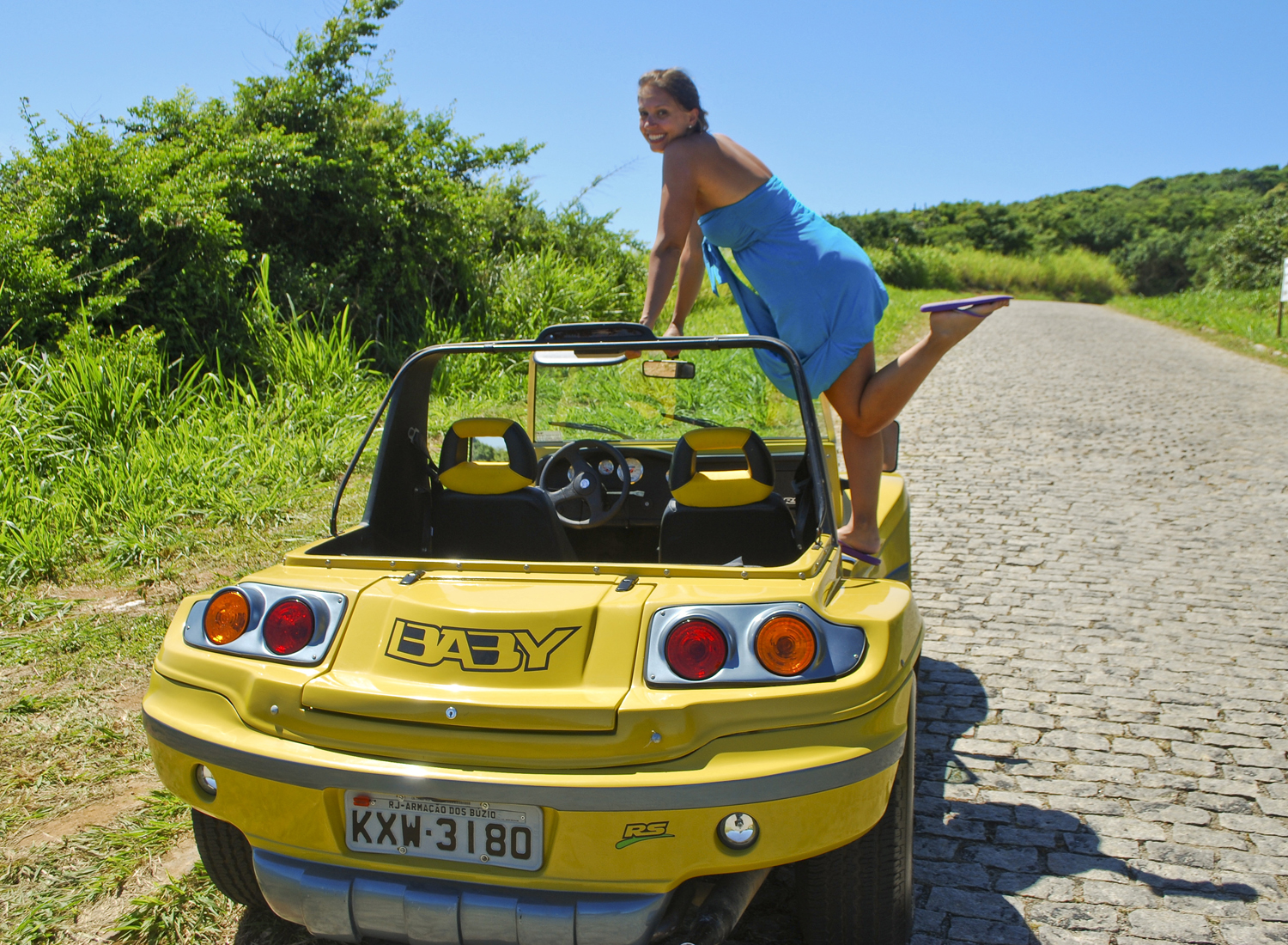 The couple's boiler, Avril tells us, had broken down in November 2009, and a gas engineer who was called out had recommended they get a new one.

But after an appointment with another boiler expert was cancelled due to snow, Katie and Richard got "tied up with all their wedding preparations".

“When they came back from honeymoon, I think they were still on cloud nine so they didn’t really think about that, sadly," adds the mum.

Settling into married life, Katie, an avid Arsenal fan, was often out of the house on an evening, as she went to the gym and met up with pals.

But on February 18, 2010, she found herself feeling sleepy after work, so the couple planned an evening at home with some Waitrose food.

Katie, a "very loving" daughter who often raised money for charitable causes, then ran a bath in the downstairs bathroom, close to the boiler.

Not long after, she was overcome by invisible carbon monoxide fumes. 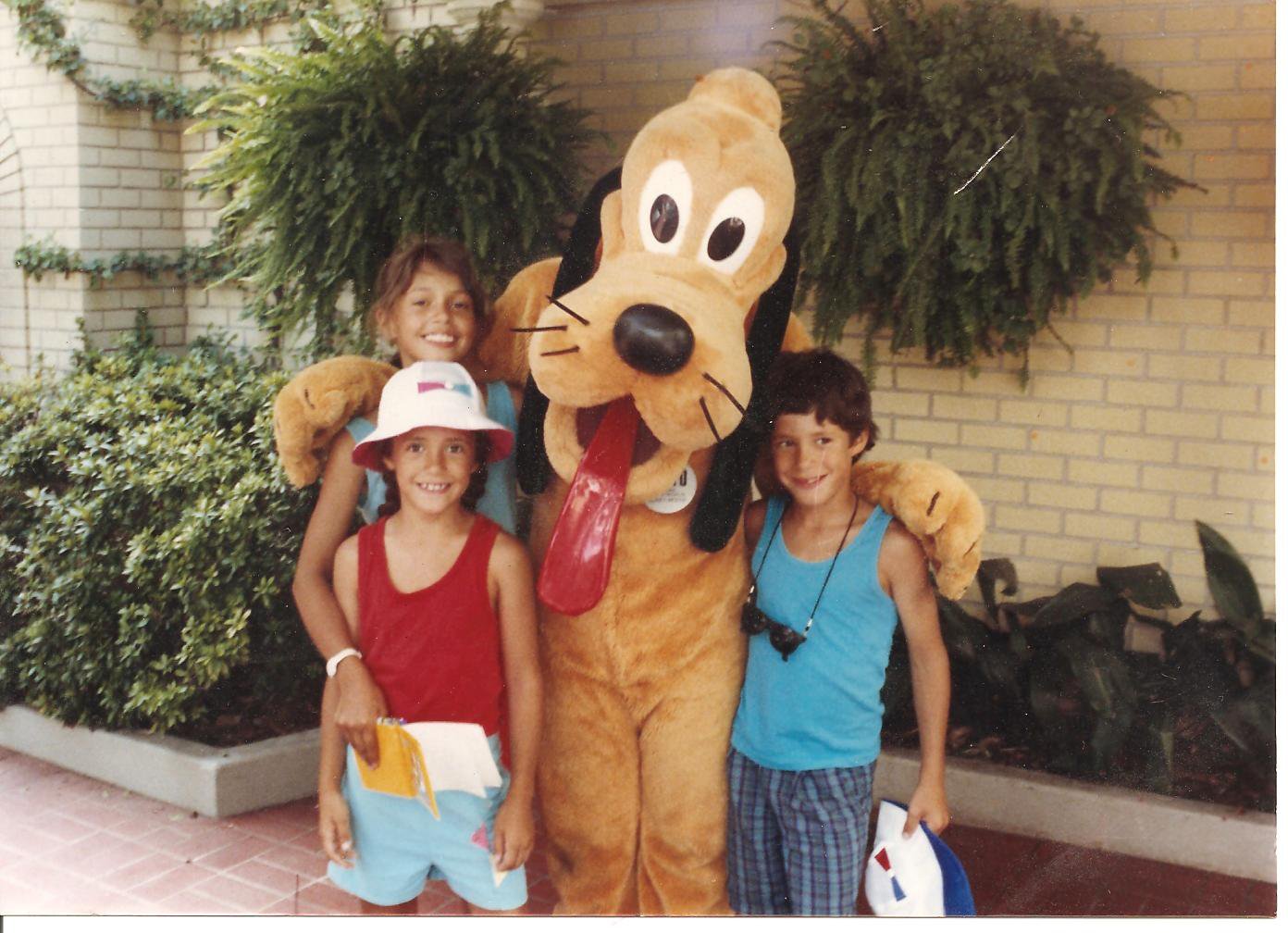 How to stay ‘gas safe’

THERE are steps you can take to stay 'gas safe' at home.

The Gas Safe Register is urging all households to:

Bob Kerr, Gas Services Director at Gas Safe Register says: “Even during a ‘normal’ year, absolutely nobody wants to risk a faulty boiler – they are an integral part of our home lives and somewhat underappreciated in the context of important things to consider and maintain.

"As householders are now beginning to turn on their heating and use their gas appliances more frequently, it is vital that they ensure they are gas safe."

Richard, who was returning home at the time, found his new wife under the water, and took her outside in a desperate bid to resuscitate her.

He suffered 20 per cent carbon monoxide poisoning but survived – as did the couple's beloved cat Charlie. Katie, however, devastatingly did not.

Avril – who had last seen hard-working Katie on her 31st birthday on January 31 – was in the car with Gordon when they received the call.

And as they sped off to Reading's Royal Berkshire Hospital, she turned to her husband and said: "I’m really fearful of what we’re going to find."

Arriving at the hospital, Avril and Gordon were told what had happened to their precious girl. "It was so out of the blue and so shocking,” says Avril. 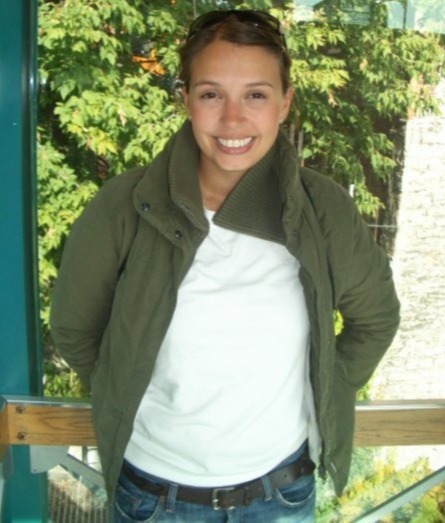 The grieving parents now run the Katie Haines Memorial Trust, which aims to raise awareness of carbon monoxide poisoning and the importance of audible, working alarms – something Katie and Richard didn't have.

"They'd bought a smoke alarm that came with a free carbon monoxide alarm," says Avril, who admits she was also in the dark about the potentially deadly dangers of the gas until she lost her beloved daughter.

"And they put the smoke alarm up but they hadn’t pulled the little strip in the CO alarm that they had which could have got it to work.”

She adds: “You don’t expect to be burying your child, so it’s not the easiest thing to be retelling her story but we know it saves lives."

And it really has.

In October 2017, Kirsty Payne, who lives in the same village as Avril, narrowly escaped being overcome by powerful carbon monoxide fumes.

She credits her survival to Katie's story and her parents' dedication to raising awareness, saying it's for this reason she bought a life-saving alarm. 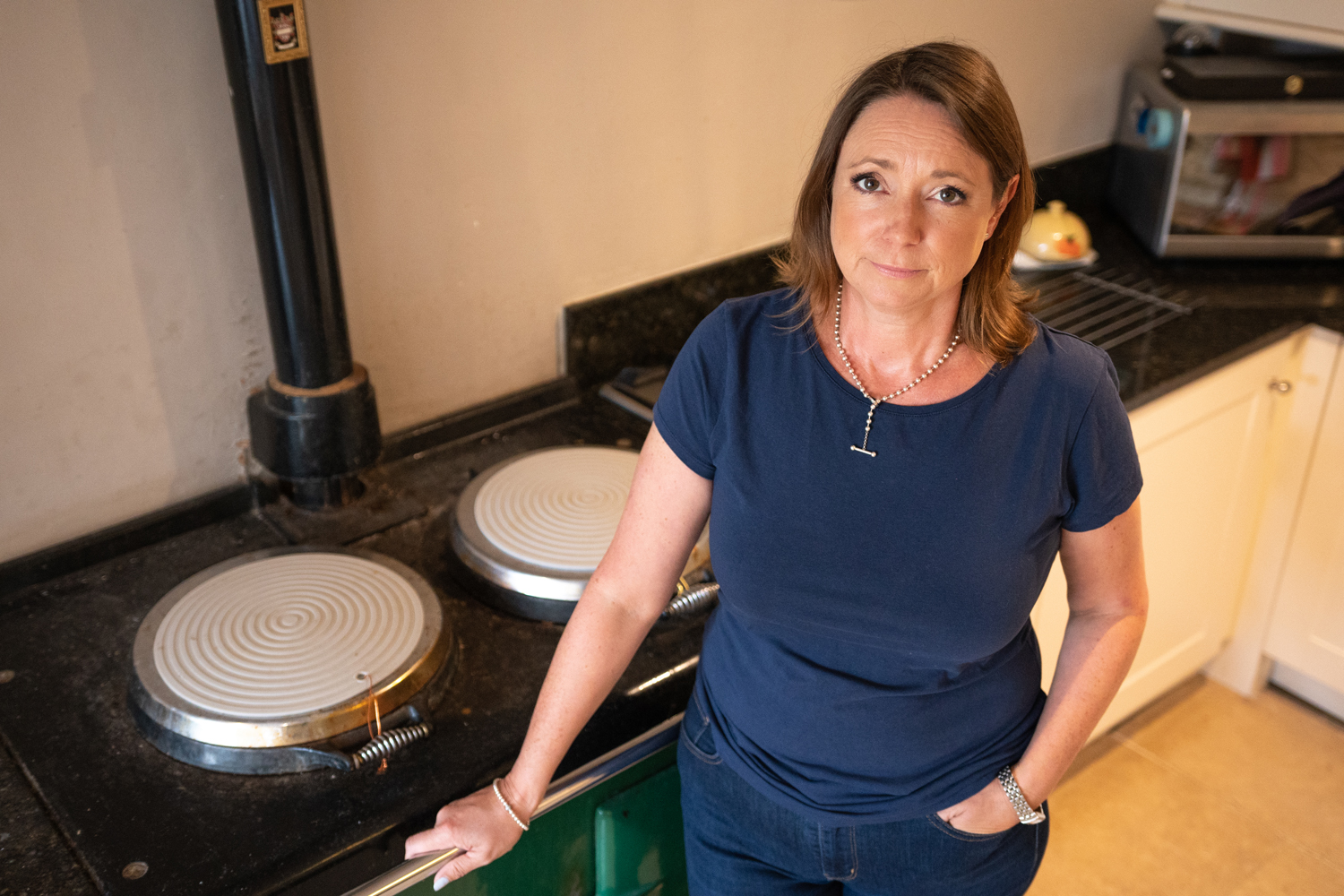 Kirsty, 52, had just come back from holiday when she turned her AGA gas cooker on, while her husband Andy, 57, went upstairs to shower.

Within minutes, she started to feel extremely unwell.

"My head was thumping, my heart was pounding," she tells us.

"Almost instantaneously, as I had these symptoms, my CO alarm went off. Within seconds, the penny dropped of what was happening."

She adds: "I staggered out of the house, because I couldn’t see properly, and got out into the fresh air. I shouted for my husband to come down at the same time. He came down in a towel and we just stood on the driveway." 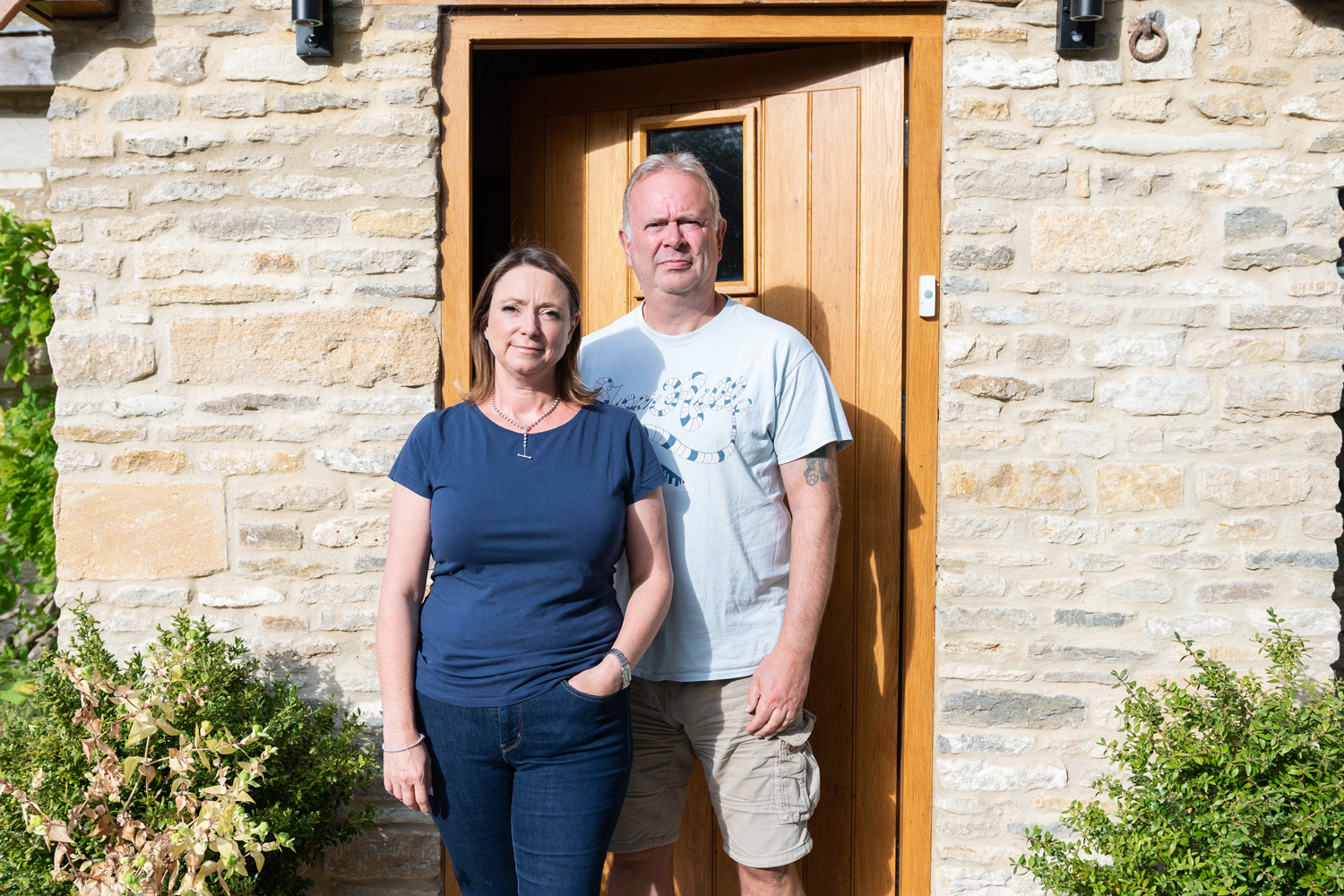 During an emergency visit from British Gas, Kirsty was told the levels of carbon monoxide in her home were so high that, if she'd passed out, she would have died "in 15 to 20 minutes". "It's the time it would have taken my husband to have a shower and come downstairs," she says.

In Kirsty's case, a blocked flue on the AGA had caused a "massive" build-up of carbon monoxide. Three years on from the terrifying incident, she now buys carbon monoxide alarms for her family and friends for Christmas.

"If I hadn’t known about Katie, I’d have just stood in the kitchen thinking I feel a bit faint and I would have gone," she tells us. 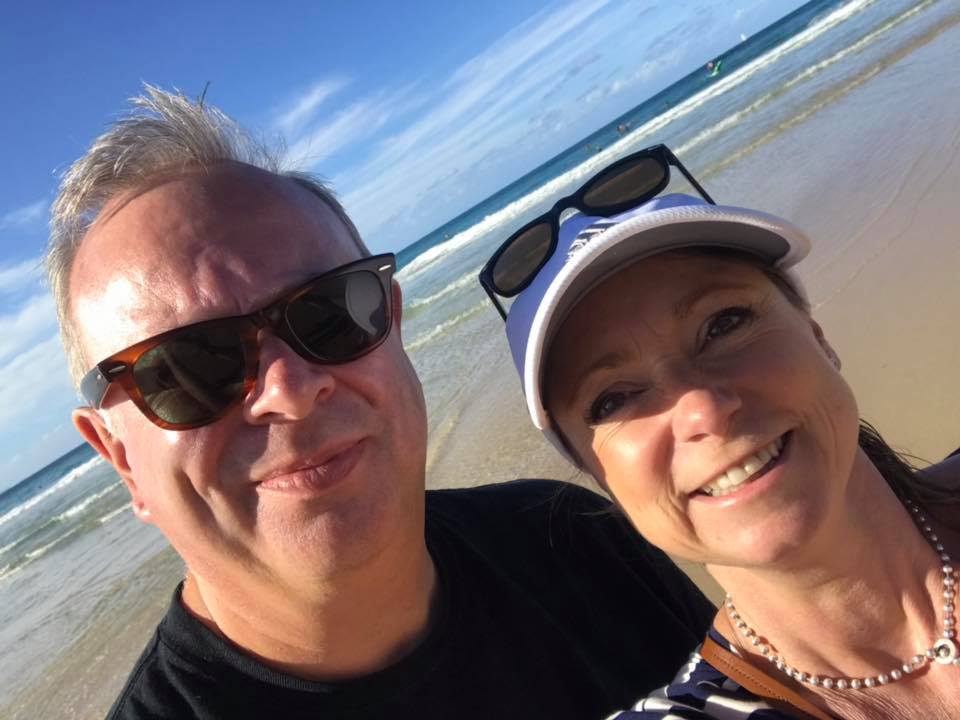 And it's not only Kirsty whose life has been saved by Katie's story.

"Literally about two or three weeks ago I got a Facebook message from somebody I didn’t know," her mum Avril says.

"She had an alarm because of knowing what happened to Katie… and she said if she hadn’t, she probably wouldn’t be there.”

“We know that we’re making a difference.”

Now, with the cold season underway – and Brits spending more hours at home due to lockdown restrictions – Avril is urging the nation to be vigilant.

She advocates a "belt and braces" approach: get all of your gas appliances maintained by a registered engineer, and install a carbon monoxide alarm.

“We also take an alarm on holiday with us," she adds. 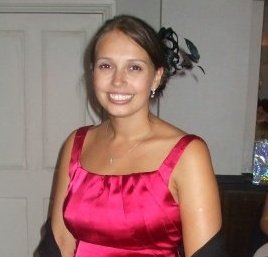 And despite her grief, Avril is still making an effort to get into the Christmas spirit – by putting up decorations in Katie's memory, as she does each year.

“It’s difficult, there’s always that empty place at the table, she and Richard were trying for a family, and there are all these ‘what ifs’," she says.

But she adds: "We’ve got Katie’s star she gave us at our wedding on our tree. It’s a way of remembering her because she just loved Christmas so much.

"It was one of her favourite times."