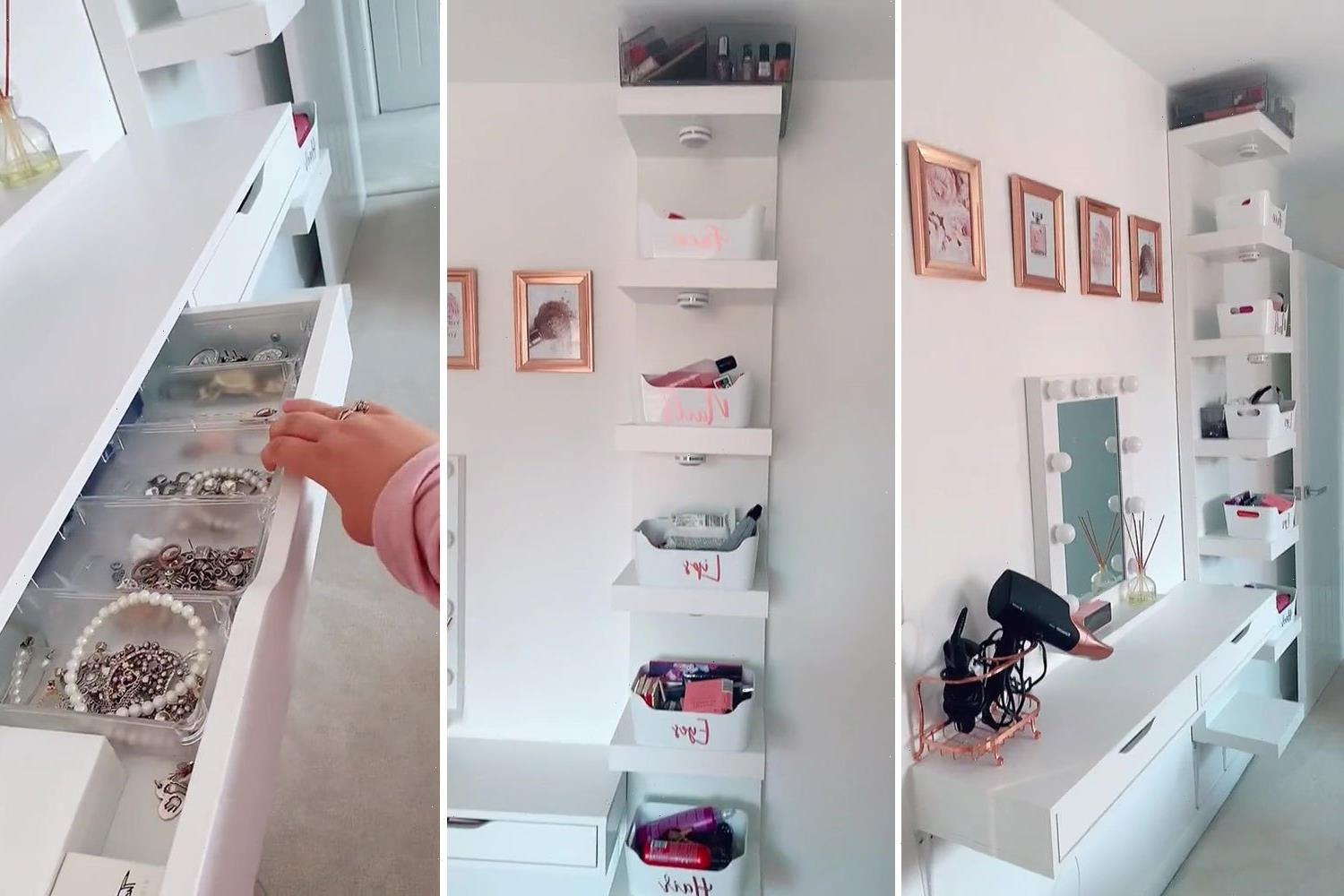 YOU don't need to have a huge bedroom to have everything you need, as one woman has shown how to create a space-saving dressing table – which is perfect for tiny spaces.

The savvy mum, who shares videos on TikTok under the name The Rendall Family, used bargains from Ikea, and it cost her just over £100 to do. 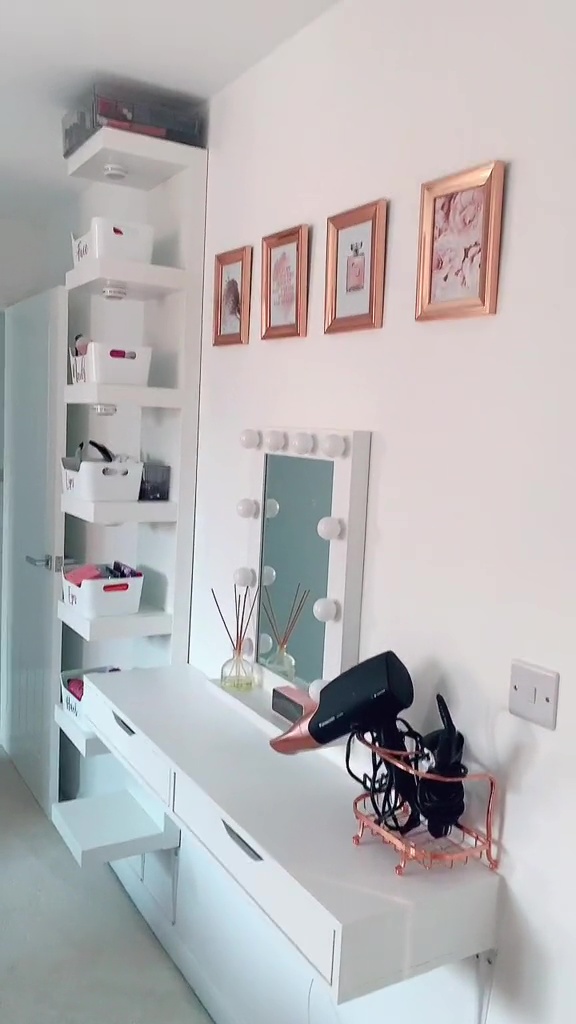 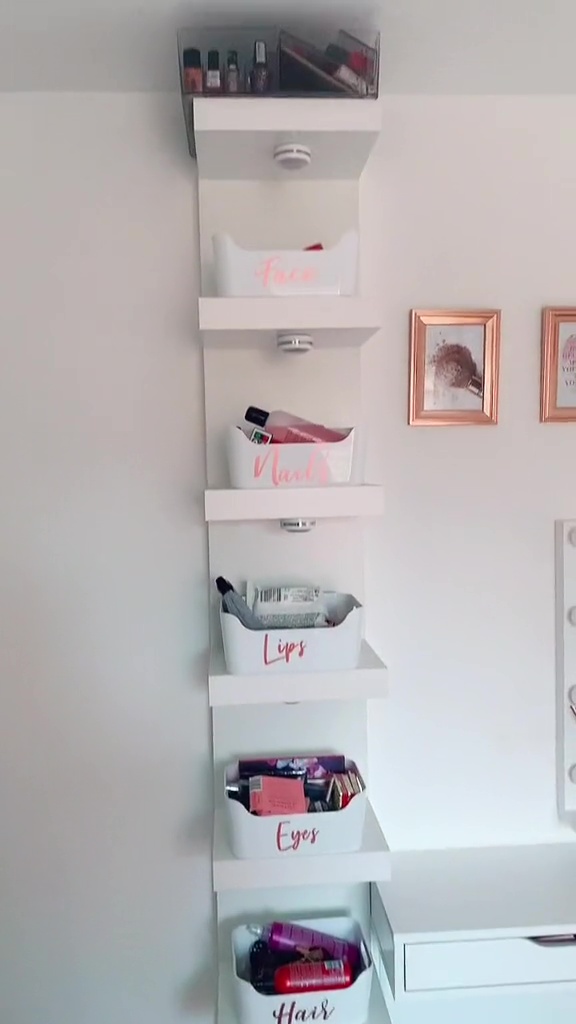 "If you want a space to get ready in the morning but don't have much space or money, I've created this little area at the end of my bed," she said in the video.

The stunning dresser doesn't come out too far but it still has plenty of space to store the woman's jewellery, accessories, makeup and other beauty supplies.

The set up includes a white floating dressing table, named the Alex shelf, with two drawers, which she picked up for just £50 from Ikea.

Next to it, a tall shelving unit houses a selection of tubs which she's used to categorise all of her beauty bits – and this cost her just £50.

For more of an impact, the mum ordered some pop-on lights from Amazon which she attached to the bottom of each shelf, which she says "looks really nice at night".

In the clip, she explained: "I've got this long shelf from Ikea for £50 and on each of the shelves I've got boxes and I've split them into different categories.

"I've got these pop lights from Amazon and they literally just pop on. You can put batteries in and it looks really nice at night when it's all lit up

Then I got the shelf itself from Ikea for £35 and it's perfect. It's got two draws and I've put all my jewellery, hair and bits and bobs in there."

To spruce up the space, the savvy shopper made some stunning rose-gold prints herself which she used to line the plain white wall above the dresser.

"These are from Poundland for £1 and then the prints I found on the internet and just stuck them in," she said, before revealing the total was just £110.

Many who saw the clip were desperate to get the look.

And another said: "Looks lovely, such a good idea."

Plus Mrs Hinch completely transforms a £4 Ikea stool and table into a stunning display and it only took minutes.

And this woman transforms her boring beige home into a colourful paradise thanks to £20 paint and charity shop bargains. 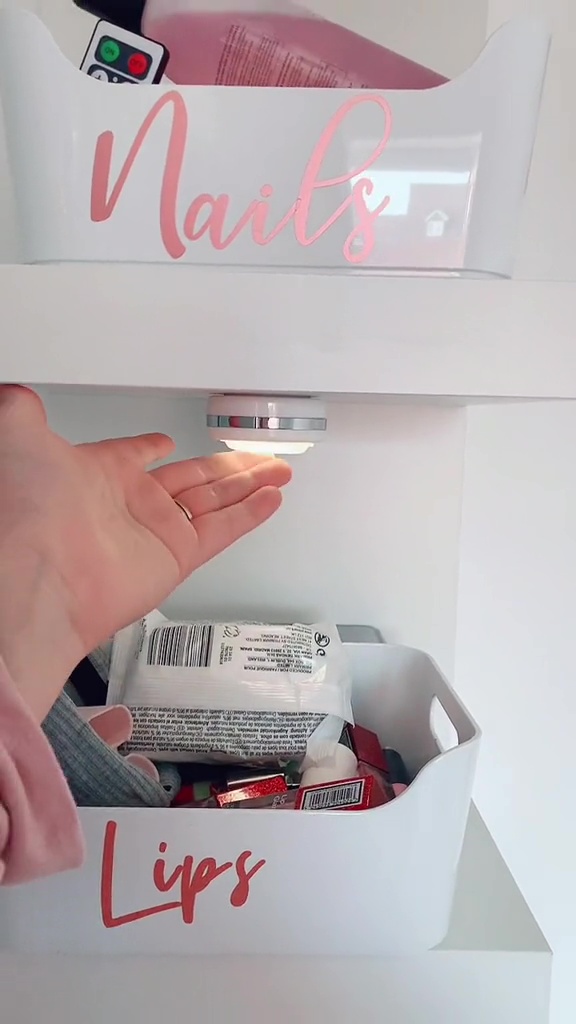 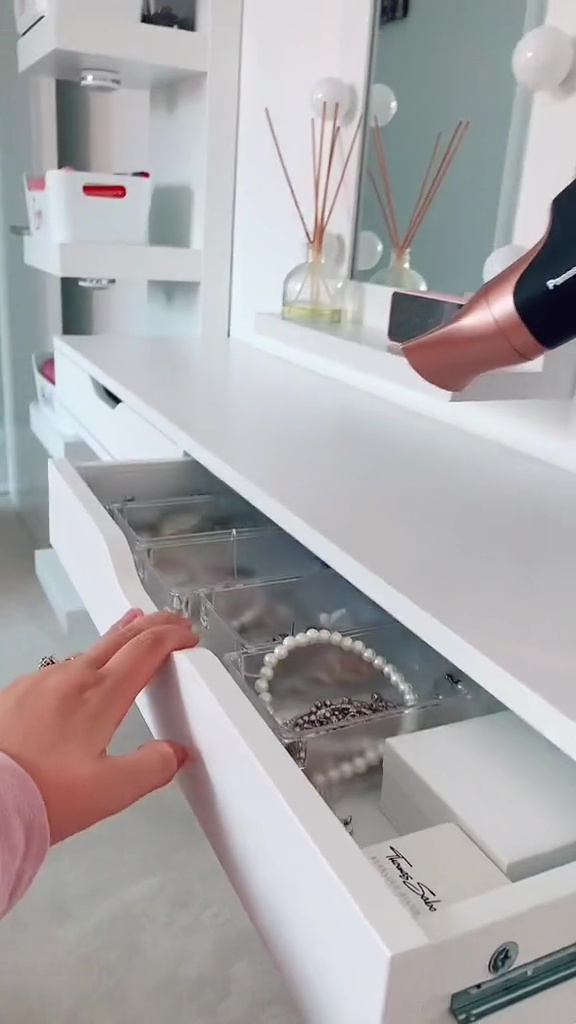