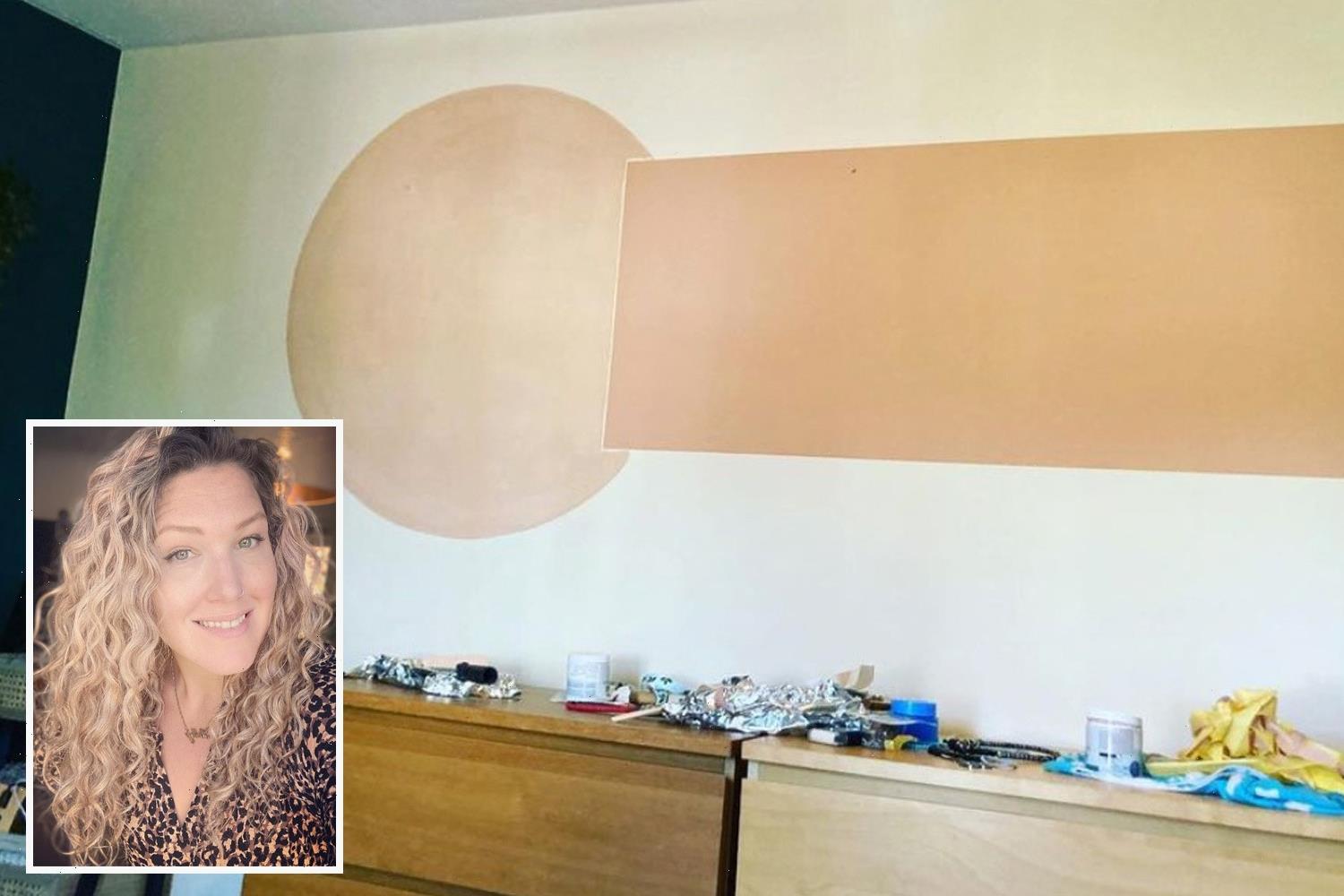 A MUM was left mortified after painstakingly painting a colour block pattern on her bedroom wall, only to then realise that her design looked like a giant willy.

Colour blocking is a great trend for brightening up a dull and dreary wall and after being left fed up with the plain white wall in her bedroom, Holly Huscroft decided to get creative with the paint. 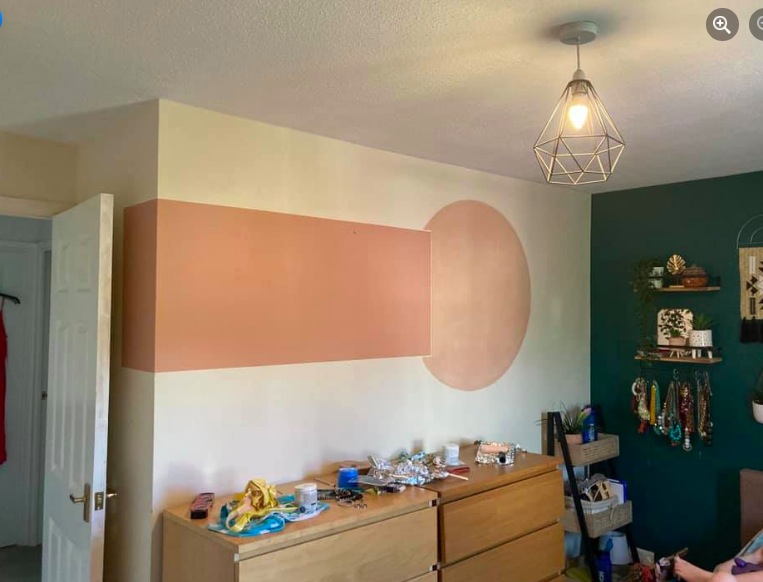 She snapped up some different coloured paint samples and set about drawing a rectangle in one colour and an adjoining circle in another.

Stepping back from her design, however, mum Holly realised she'd accidentally created a shape that looked very much like a huge penis.

Seeing the funny side, she decided to share her painting fail to Facebook and posted pictures of her hilarious colour block wall to House Talk by Housfolk.

Holly wrote: "Thought I would share this for a Saturday morning giggle!! When an idea doesn't quite [go] right. 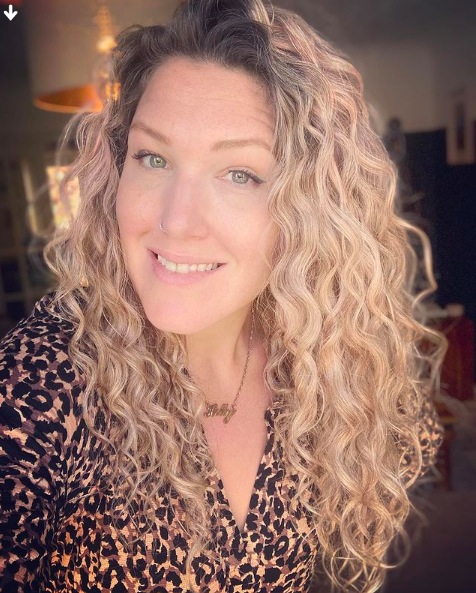 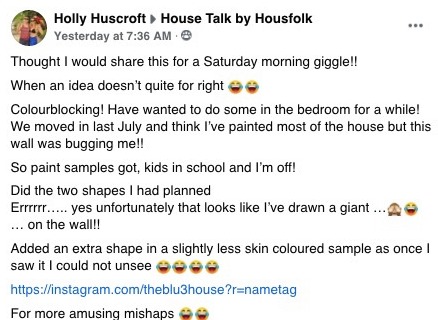 "Colourblocking! Have wanted to do some in the bedroom for a while! We moved in last July and think I've painted most of the house but this wall was bugging me!!

"So paint samples got, kids in school and I'm off! Did the two shapes I had planned. Err… yes unfortunately that looks like I've drawn a giant… on the wall!"

In a move to try and make her wall art look less phallic, Holly picked up another paint in a teal shade and added another shape in the corner. 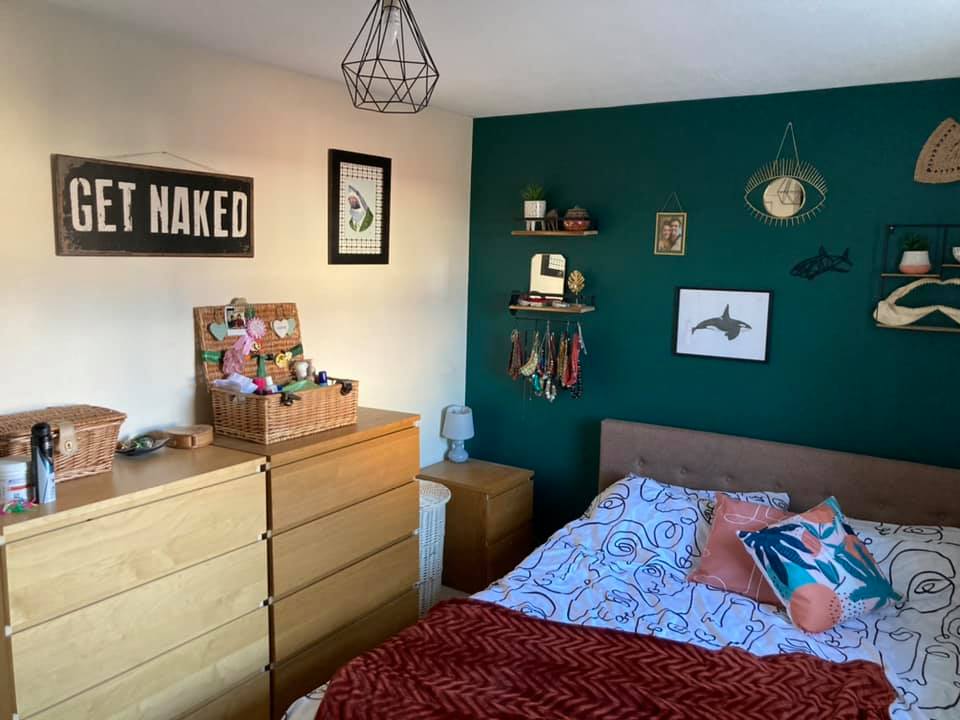 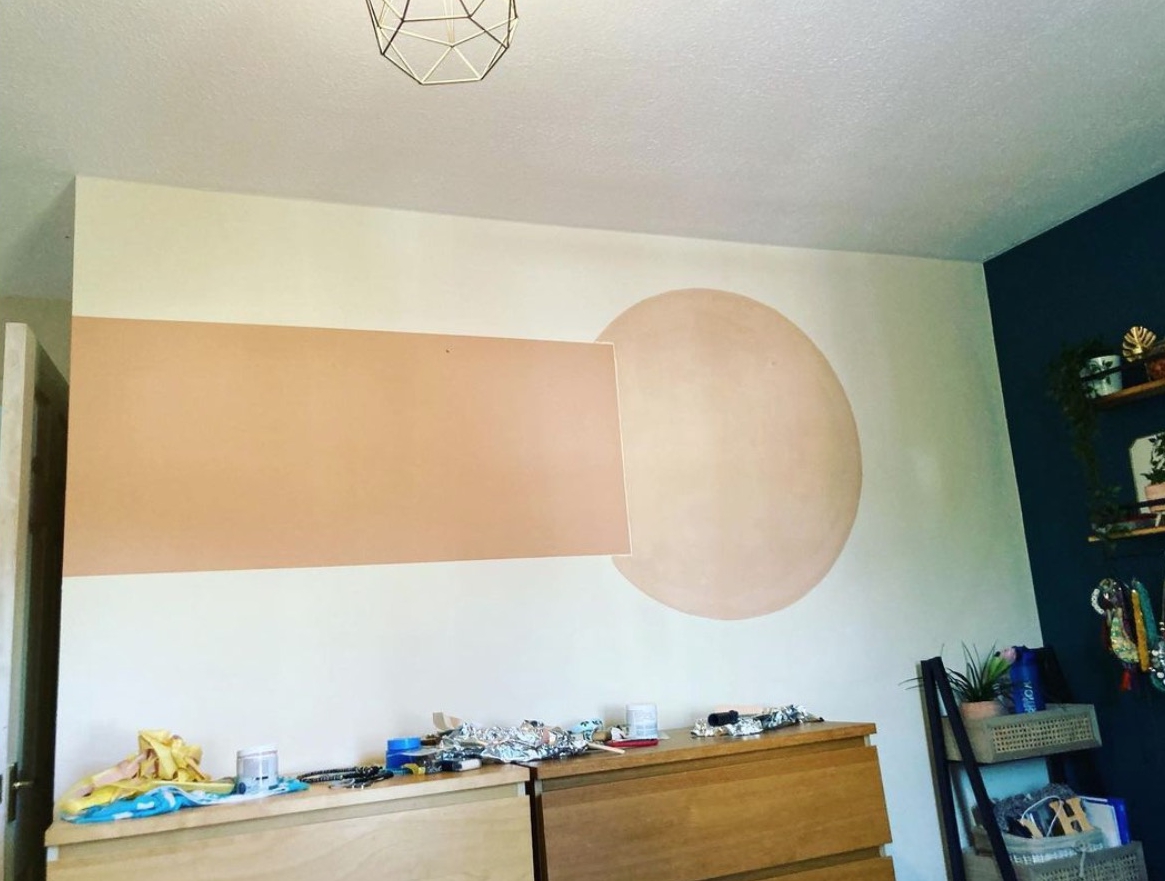 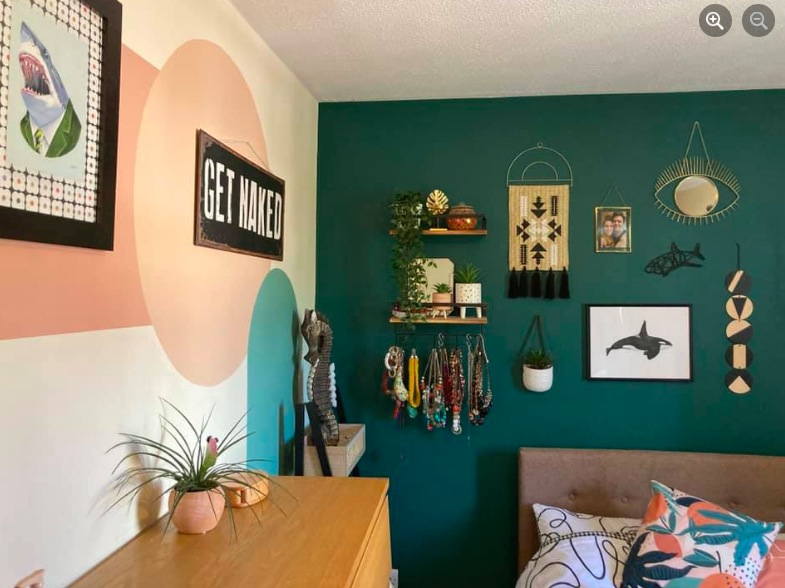 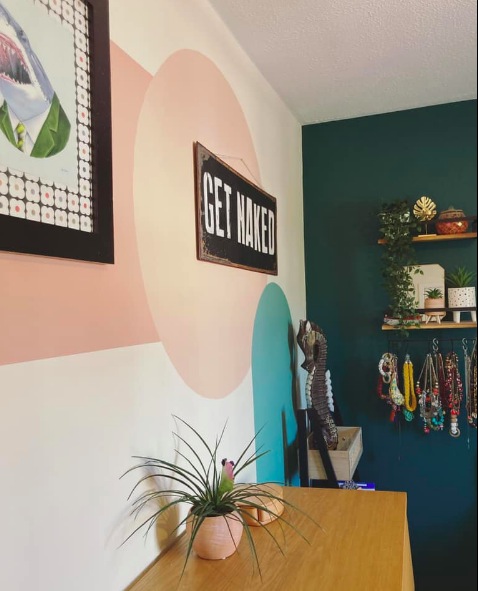 Although, she confessed: "Added an extra shape in a slightly less skin coloured sample as once I saw it I could not unsee."

Holly also shared the epic fail to her home account on Instagram (@theblu3house) and entertained her followers as they inundated her post with crying laughing emojis in the comments.

She joked in the caption: "Colour blocking confession time …. It did not go quite to plan to start with and I clearly did not think this through.

"Now I’ll let you use your imagination but the shape and colours may give it away. Cue me running off to b&q to get another coloured paint sample to try and ‘flesh’ (sorry couldn’t resist) it out!!"

Holly added: "I feel it was saved but I think this wall will always make me giggle!"

Meanwhile, one woman shared her hilarious eBay fail when her new bathroom mirror turned out to be ‘for a Barbie house’.

Plus,  this bloke tried using Dylon to update his carpets on the cheap – but completely ruined them in giant DIY fail.

And this mortified woman splashed out on a dress with waist cut-outs – but it doesn’t even cover her boobs.