A MUM was in for a surprise when she discovered a DIY “tip” left by the previous owner while decorating her home.

Charlotte Morrison was re-wallpapering her house in London with hubby Yariden when they discovered a note. 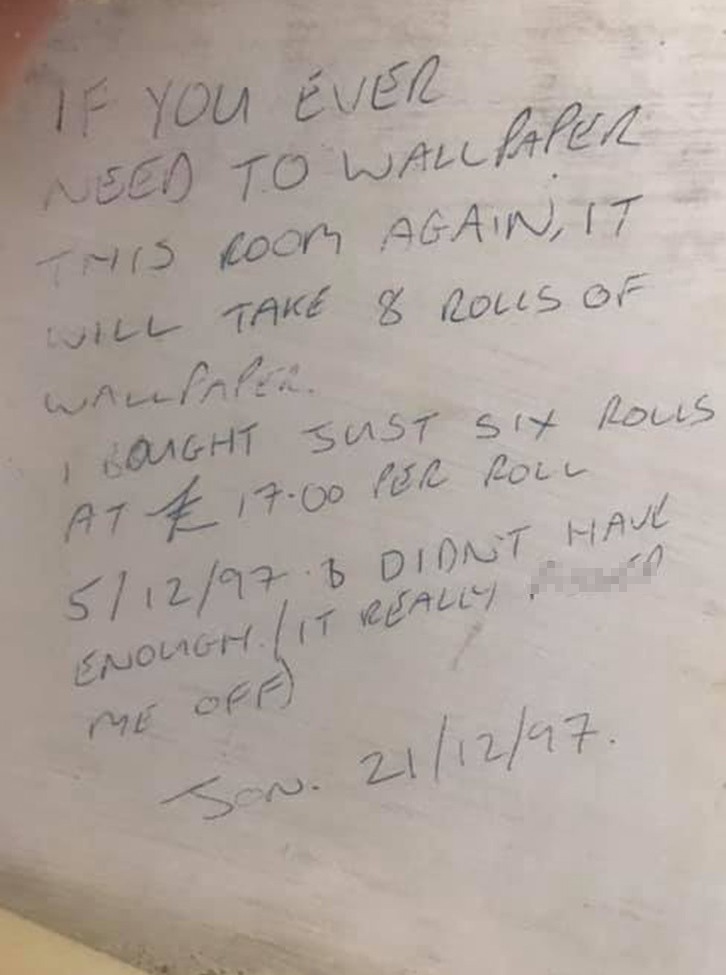 It read “If you ever need to re-wallpaper this room again it will take 8 rolls of wallpaper.

Speaking to Fabulous Digital Charlotte explained that they had discovered the note while stripping the last section of the wallpaper. 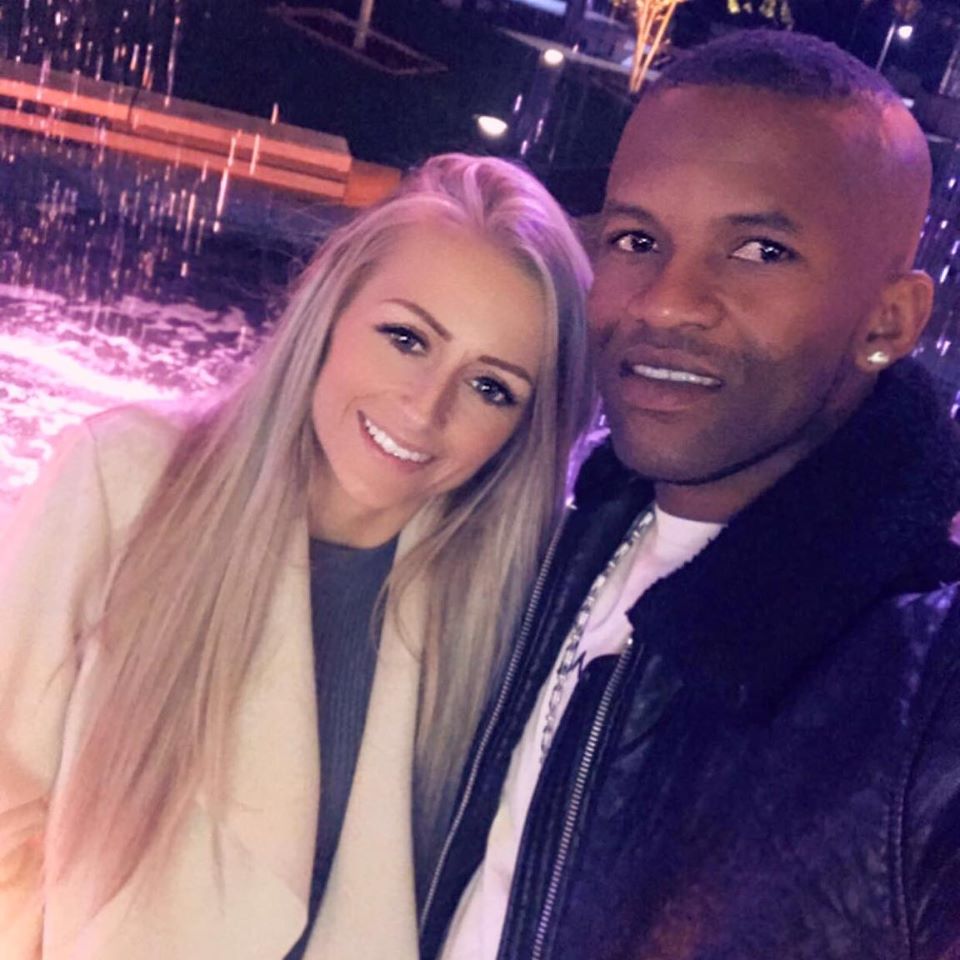 The couple are planning to paint the room but admit they are tempted to re-wallpaper it to test Jon’s maths.

Charlotte was left in hysterics after discovering it and posted it on Facebook.

Captioning her snap she wrote: “So decided to strip all the wallpaper layers finally in the front room, come across this 🤣👏🏼 cheers Jon.”

And just a few days later Charlotte was back with an update, after they had managed to track down the disgruntled decorator.

“A relative of Jon’s contacted me! Described our house and correct address.

“Only Jon hates social media, instead of statuses he writes notes 😂👏🏼 I let Jon’s relative know that social media thinks he’s a legend.”

In other DIY news, this bloke made an amazing beer water feature using empty bottles.

And this woman transformed her garden into a trendy chill-out space for £100.

Plus this DIY fanatic totally transformed her kitchen and bathroom for less than £200 thanks to eBay and bargain paint.