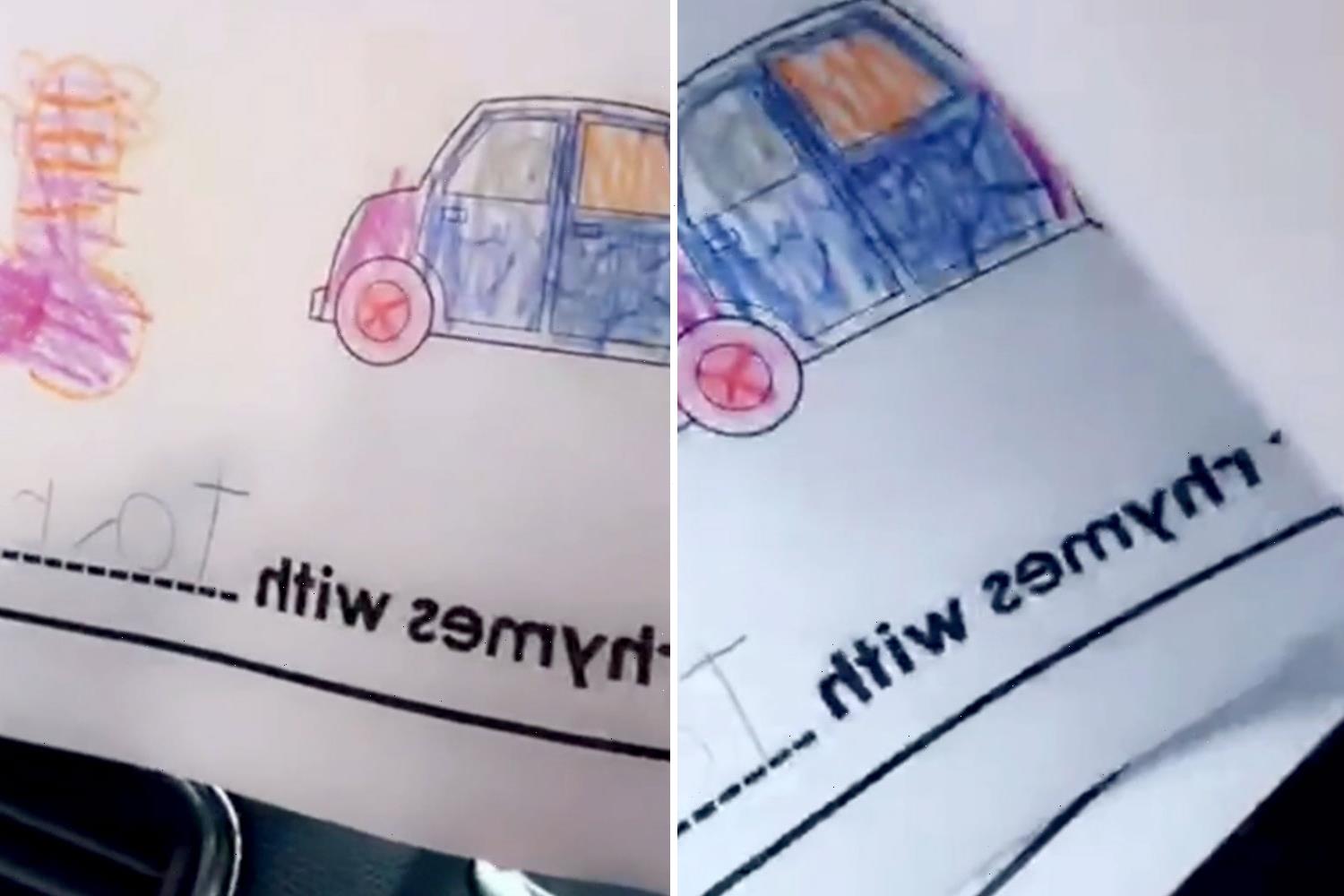 A MUM shared a hilarious video displaying her daughter's homework as she drew pictures of various objects that rhymed, but one looked very naughty indeed.

The young children's work book was entitled: "I can rhyme like Dr Seuss."

However the purple and orange musical instrument bore much more of a resemblance to a brightly coloured penis, as it had a protruding phallic neck and two round balls forming the body.

Jessica uploaded the video with the caption: "This will never not be funny."

The cheeky clip has been liked more than 430k thousand times by tickled TikTok users.

One said: "That kids is going places!"

While another said: "I almost spit [sic] my drink out. I knew it was going to be funny but not this!"

And a third said: "My son drew a very similar 'fish'!"

Plus, this woman was mortified after epic fake tan fail leaves her looking BLUE.

Meanwhile, one woman feared the worst fake tan fail ever after piling on layers of St Moritz dark when she cried off the first lot.