A MUM was furious after she was lunchbox shamed over her attempt at a Mickey Mouse sandwich – with people telling her a toddler could have done a better job.

The mum was trying to come up with inventive lunches for her four-year-old daughter, so decided to whip up a rainbow grilled cheese. 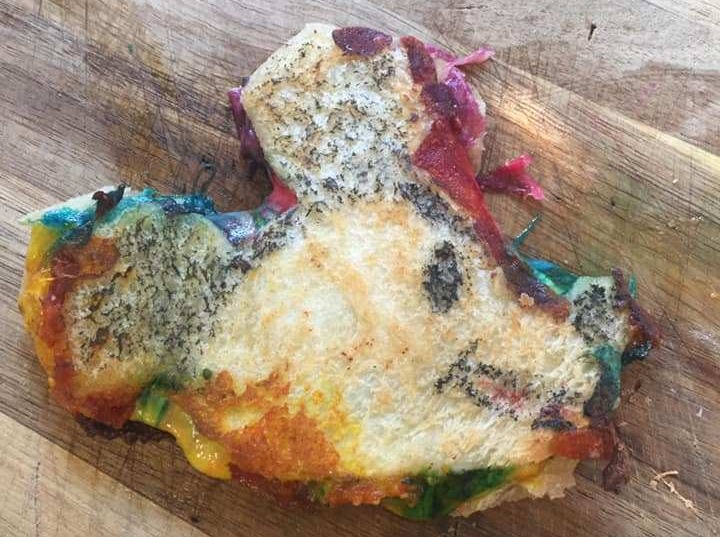 She cut the sandwich into the shape of Disney’s most famous character, Mickey, before using food dye pens to create a colourful design.

The mum shared her handiwork to Facebook group, Lunchbox Ideas, writing: “My 4 year old had a Mickey Mouse rainbow grilled cheese today it was finicky but I don’t think it came out to bad.”

And explaining exactly how she made the sandwich, the mum added she’d used “edible markers”, and it was her first time using them.

She said: “Cheese and food dye. I did 6 colours and just put them in stripes across the bread the put the sandwich in a pan and cooked till melted.” 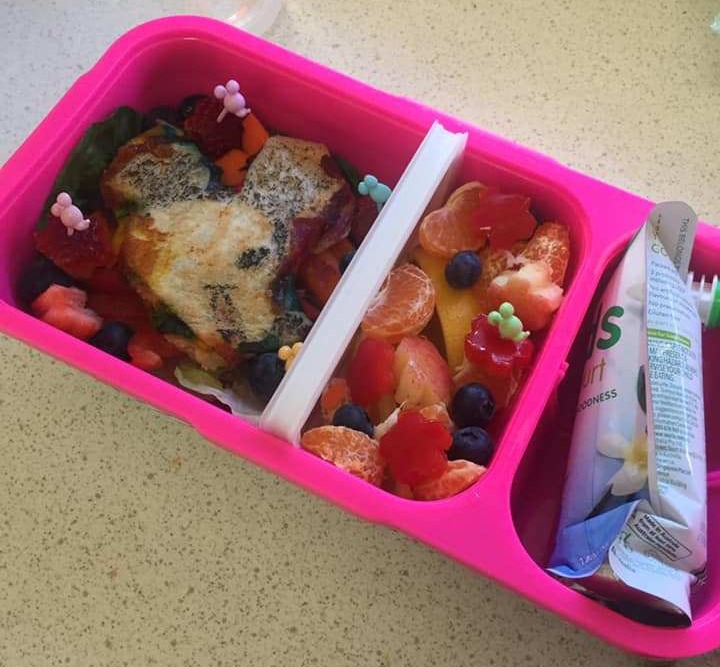 But was shocked when her efforts were ripped to shred by fellow mums, and she later posted another update after receiving the abuse.

She wrote: “I’ve never been mum shamed till today. I posted a lunch I made for my daughter only to be told a toddler could do better.”

She shared the hurtful comments she received, with one woman saying: “Wow. That is unique. But my two year old son could do so much better! Lol.”

Someone else asked: “What food is that?” 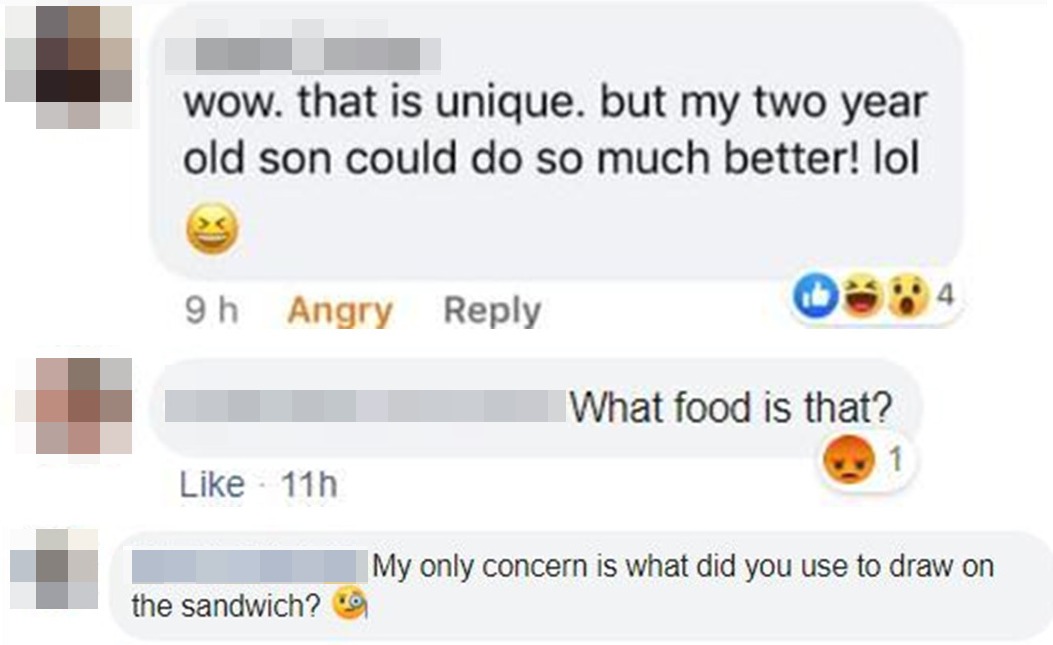 While a third wrote: “My only concern is what did you use to draw on the sandwich?"

But the mum clapped back at her haters, replying: “I didn’t claim to be an artist, I got into this because my 4 year old daughter was a prem and has feeding issues as a result.

“This is a problem with a lot of groups I’ve noticed, there seems to be this culture of Mum shaming with comments like yours.

“If you can do better great for freakin you, but why tear someone down to make yourself feel better.”

Dozens of mums flocked to her defence after she was put down, claiming she shouldn’t feel bad over her efforts.

One woman said: “She sounds jealous and miserable.”

Another wrote: “People are so ridiculous! She prob gives crackers to her kids smh. You did great mama.”

While a third added: “What a hag. Smh all that matters is your child eating it and loving it!”

Meanwhile this mum-of-16 shares colour coding tips to speed up piles of laundry & reveals why she NEVER writes kids’ names in clothes.

Plus this mum upcycled her daughter’s toy Ikea kitchen with a lick of paint to match her immaculate home & it looks unrecognisable.

And this mum creates incredible princess-style bedroom with a castle for her little girl using bargains from Amazon & eBay.