Now, on a Reddit thread of doctors sharing their own experiences – one mother revealed what happened when she decided not to invite an unvaccinated child to her kid's birthday party. 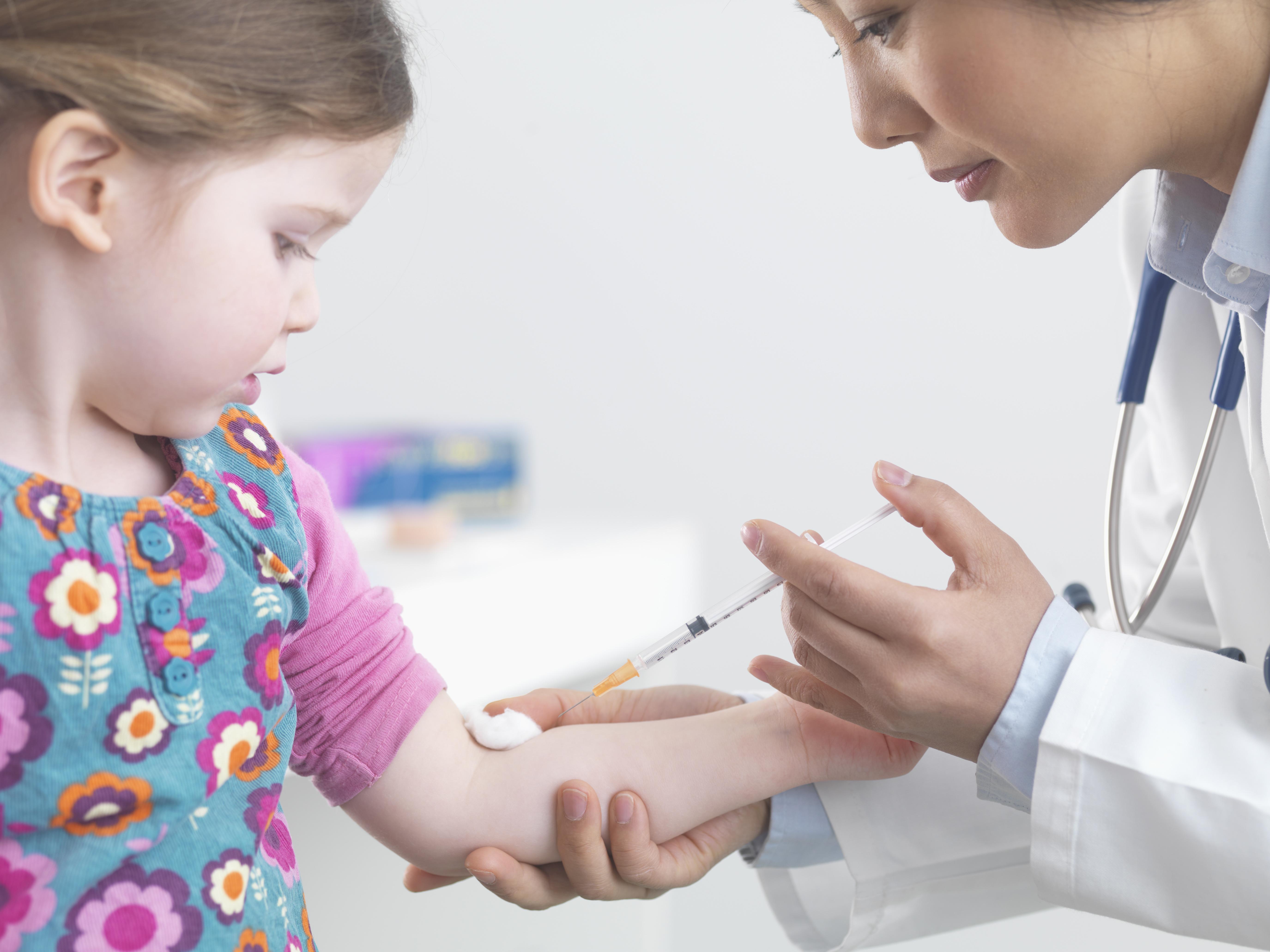 "After I sent out invites to my kid's birthday party, I found out one of her friends from dance was unvaccinated," the mother wrote.

"My daughter's best friend is in remission from leukaemia and is immunocompromised. An unvaxxed kid could kill her.

"I uninvited the dance kid and very nicely explained the situation.

"Her mother loses her s**t and tries to get us kicked out of the dance school they attend." 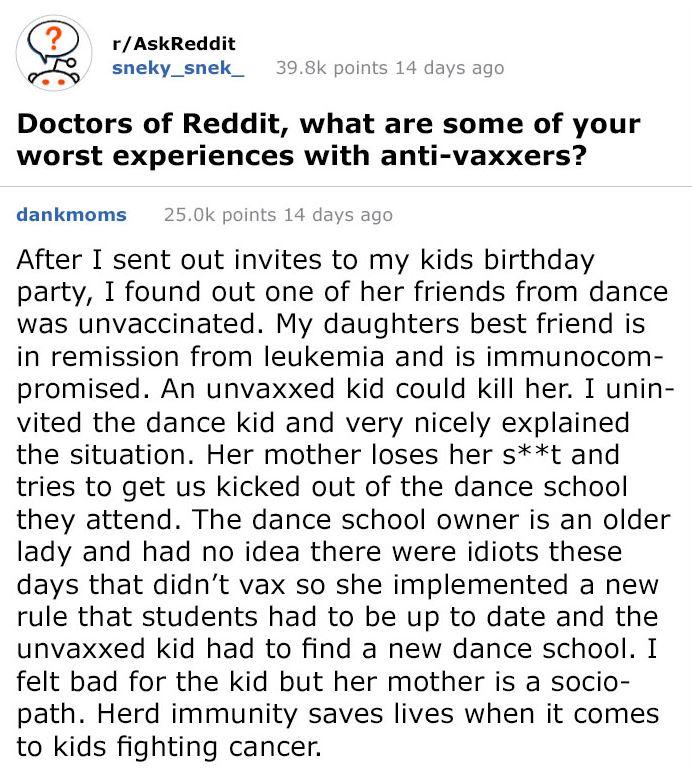 The mum continues to explain what happened when the owner of the dance school found out – revealing the other parent's plan backfired pretty quickly.

"The dance school owner is an older lady and had no idea there were idiots these days that didn't vax so she implemented a new rule that students had to be up to date and the unvaxxed kid had to find a new dance school.

"I felt bad for the kid but her mother is a sociopath. 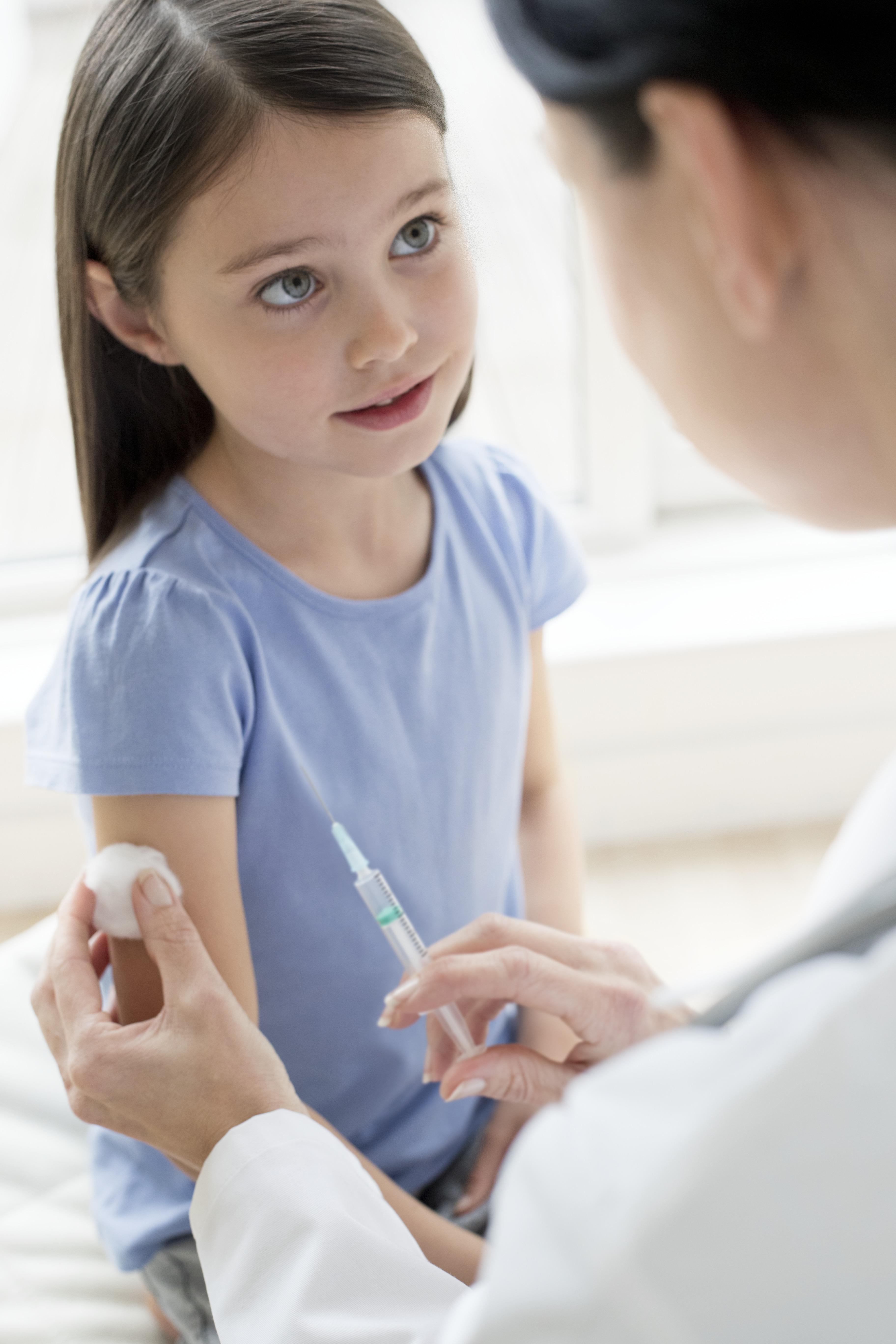 Other users on the post were equally horrified, with one writing: "This is the thing about antivaxers that really drives me nuts, I feel terrible for their kids getting put at risk, but it's even worse than that, they are putting at risk anyone who is immune compromised!

Another asked: "How come we compromise the life of a member of our society just so their nutjob parents have their right to bear an idiotic and dangerous belief?"

While one parent revealed: "My daughter was diagnosed with cancer at 11 months, and went into remission at 18 months.

"While she was taking chemo I had wonderful support from my family and my wife.

"I got used to never taking her anywhere, especially when her white cell count bottomed out.

"She caught a mild virus once, and it took her two weeks to shake. That was when it sunk in just how fragile she was at that time.

"The virus she caught had only made me sick for a few days, slight headache, a little runny nose."

What would you do?

Earlier this week, we told you about the boy, one, who bags £10,000 as one of Britain’s youngest EVER influencers – and even his mum admits he’s ‘basically a business’.

We also revealed mum, 24, has a baby with her 54-year-old husband and raves how sex with him is BETTER than with younger guys.

And we showed you the real life Disney princess spends 30 hours creating magical Beauty And The Beast Christmas tree.