A MUM has cause outrage after urging women to stop wearing ‘blackly naked’ leggings as she fears they corrupt the minds of ‘nice guys’ like her son.

Maryann White, who is mum to four sons, had her letter published in the Notre Dame Saint Mary’s Catholic Observer, where she explained that she was ‘baffled’ by the ‘unforgiving’ trend. 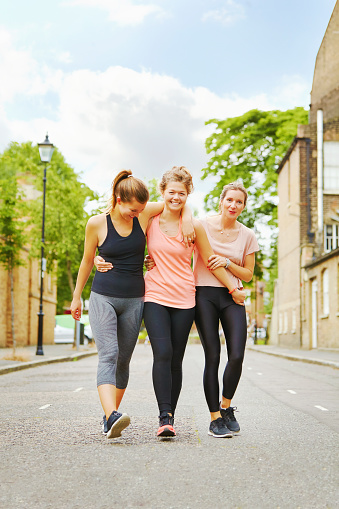 In her letter she said that leggings ‘obtruded painfully on my landscape’ recalling a particular incident at church where she had spotted four students wearing leggings, claiming they looked ‘painted on.’

She explained that while her boys averted their gaze, she was concerned that others might not be able to do the same.

“For the Catholic mothers who want to find a blanket to lovingly cover your nakedness and protect you — and to find scarves to tie over the eyes of their sons to protect them from you!” She goes on to ask that young women to think of ‘mothers and sons’ and consider opting for jeans over leggings which she describes as “so naked, so form fitting, so exposing.”

The letter was met by much backlash both from students at the university as well as other catholic mothers who didn’t appear to share her view.

Commenting on the letter one wrote: “Stop blaming women for the thoughts in your head or your perceived thoughts in the heads of others.”

And a third commented: “I am also disgusted by people like MaryAnn who tell me what to wear and how to behave simply because I am female!

“Teach your boys (and girls) to respect ALL PEOPLE and there won’t be an issue no matter WHAT they wear!”

Over 1,000 students, both male and female, wore leggings in protest of the letter on Wednesday this week.

Elsewhere a former student has revealed how she quit university in order to launch her own swimwear range, which has now made her £100,000.

And a man has sparked outrage by saying a writer’s labia must be ‘too big’ after she criticised a ‘front-thong’ bodysuit.