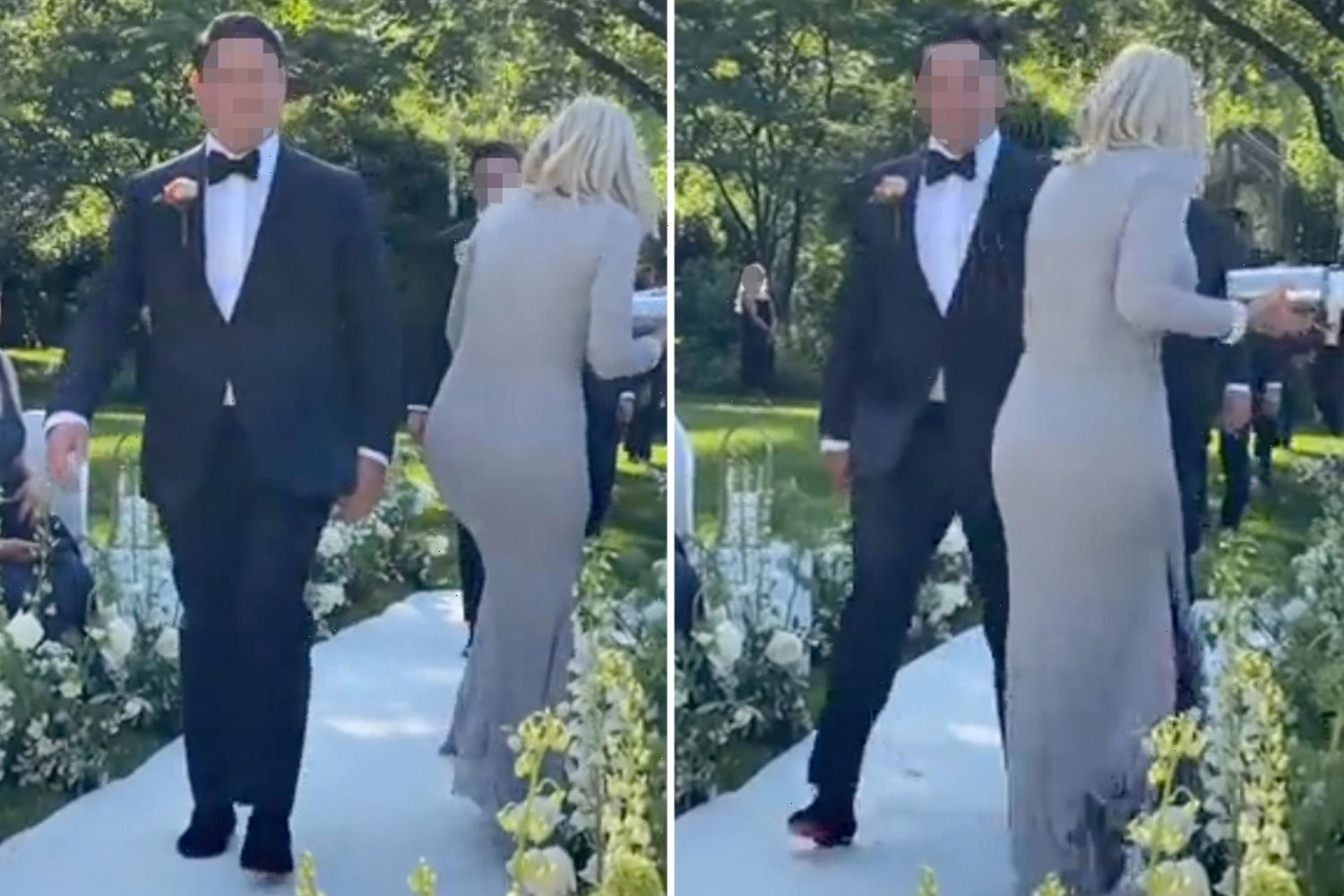 A BRIDE and groom have been left fuming after a father-in-law's girlfriend walked down the AISLE at their wedding.

The drama doesn't end there, as she also turned up to the ceremony in a floor-length and cream coloured dress. 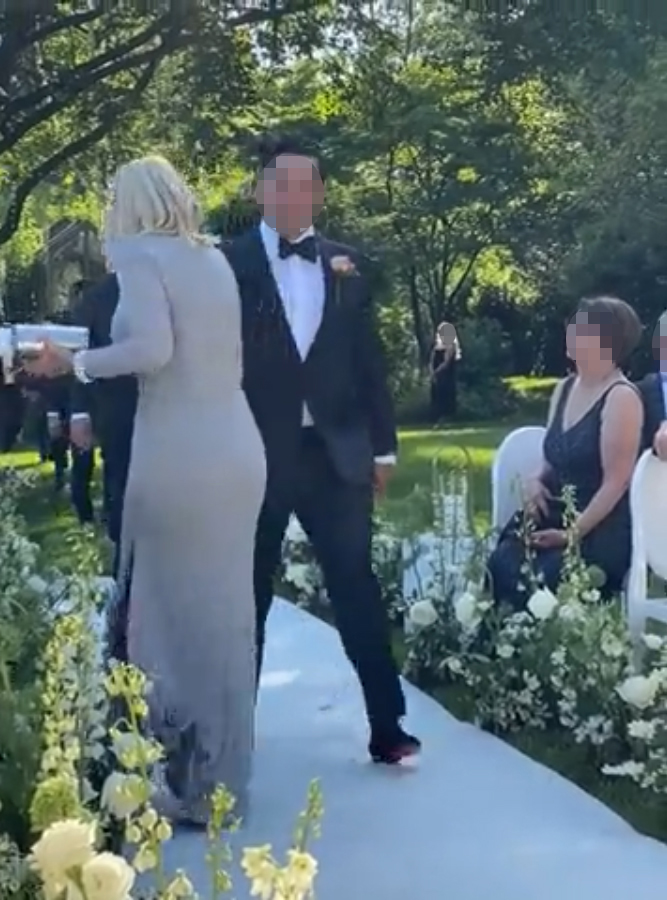 The bride posted a video to Reddit where you can see the woman walking down the aisle, interrupting the groom's entrance to the ceremony.

It is captioned: "Father-in-Law’s girlfriend ruined our ceremony by walking in front of my husband down the aisle… proceeded to ignore us the entire weekend."

In the clip, the groom can be seen looking disappointed but not surprised as he rolls his eyes.

You can also see him mutter "Jesus Christ" under his breath as he dodges her knocking him over.

People were quick to flock to the comment section, expressing how dismayed they were by her behaviour.

"She only embarrassed herself. Don't let it ruin the memory of your wedding, she's just trying to make it about herself. Narcissistic people like that want the "spotlight" no matter how cringey," one person wrote.

Other commenters said they could hear someone telling off the woman for going down the aisle as they yelled out her name.

One person said: "I like the WTF! Tone in the person saying “Joyce?!?”

People also had lots to say about the fact that the woman almost mowed over the groom and that she wore off-white to the wedding.

"Shocked no one else mentioned this. Yeah, floor-length [dress] too. No wonder the groom looks shocked," one person wrote.

"Ugh, a classless move. It seems like everyone in the video is in agreement at least," commented another.

"Wow, it's outdoors, so she could have obviously walked to the end of the aisle instead of right down where they were coming. She wanted to make a scene. How despicable," a third person wrote.

Another person added: "Cackling at his facial expression. It’s almost like he wasn’t at all surprised." 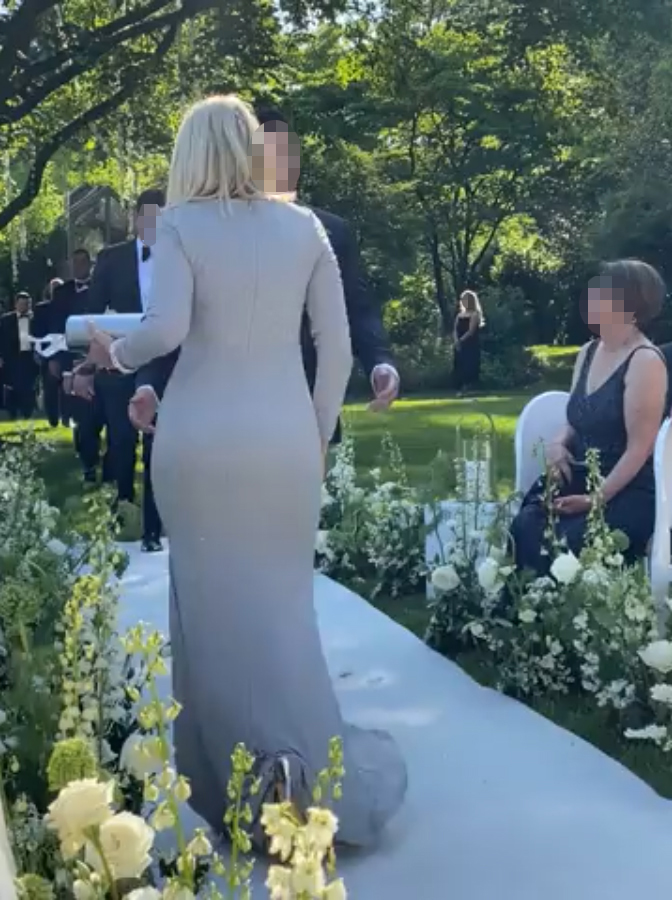 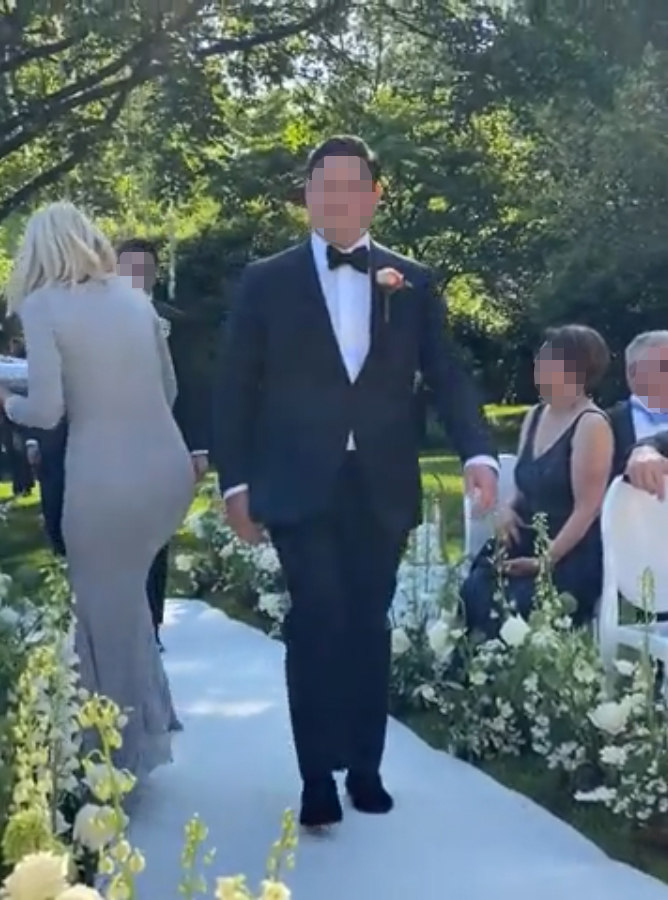 Elsewhere in weddings, brave mum beats cancer and ties the knot after winning The Sun on Sunday’s wedding competition.

And bride whose wedding caused covid outbreak slammed for calling it ‘the best day’ – & saying she wants to RELIVE it.