HUGE chunks of Meghan Markle's page on the official Royal Family website have been culled, Fabulous can reveal.

In 2018, after her marriage to Prince Harry, Meghan was granted multiple paragraphs on the official site detailing her time in North America and Canada, before she met Prince Harry. 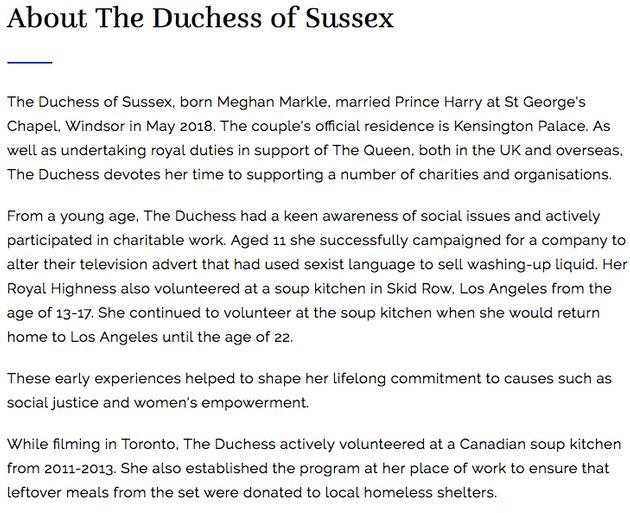 ⚠️Read our Meghan and Harry blog for the latest news on the Royal couple.

They described her as being a 'proud feminist' and included Meghan's famous quote from a United Nations conference in New York in 2015 when she said: "I am proud to be a woman and a feminist".

And it made reference to her "keen awareness of social issues" and how she has "actively participated in charitable work" from a young age.

It told how, aged just 11, she successfully campaigned for the wording on a TV advert to be altered after it used sexist language to sell washing-up liquid.

And it added: “Her Royal Highness also volunteered at a soup kitchen in Skid Row, Los Angeles from the age of 13-17. 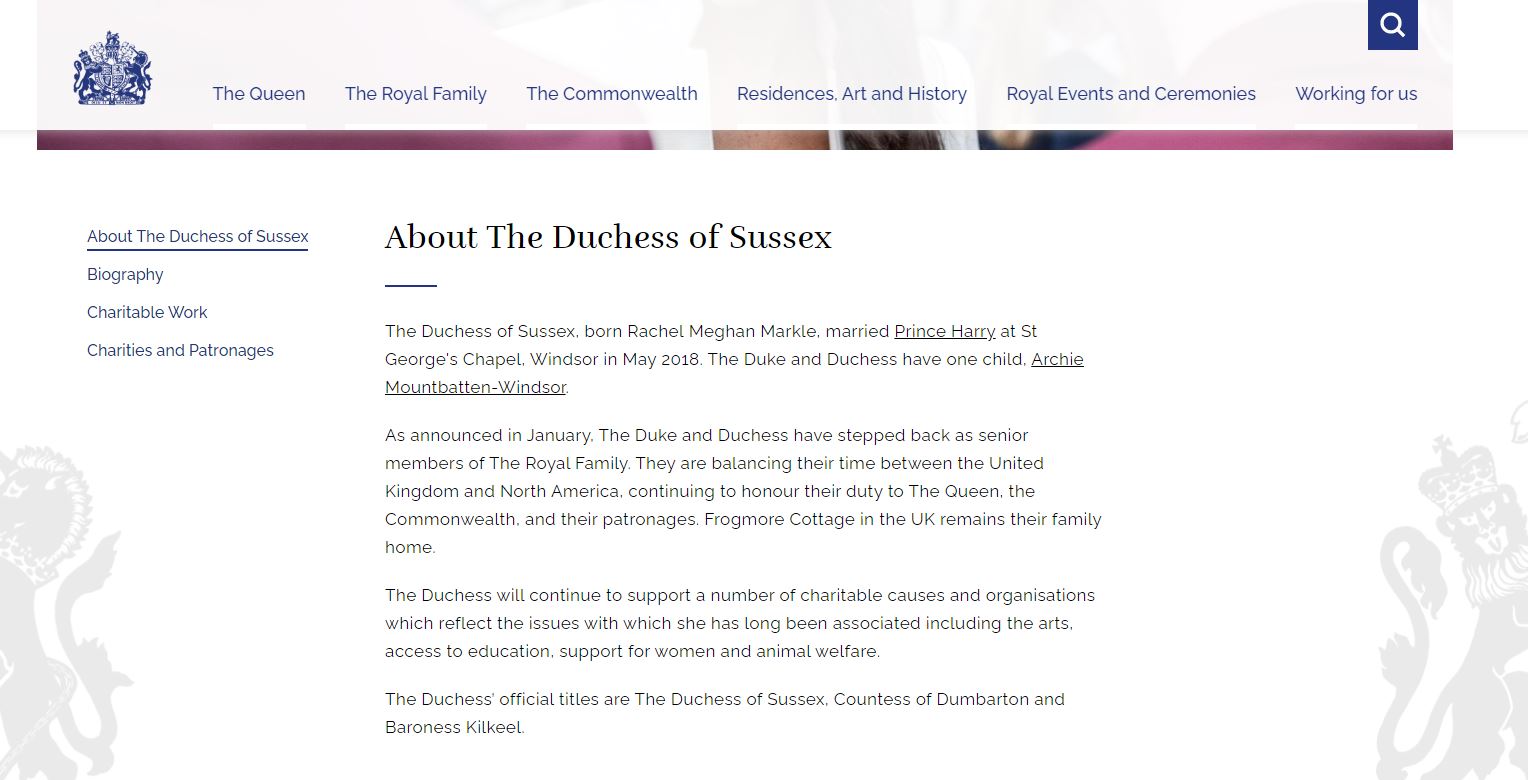 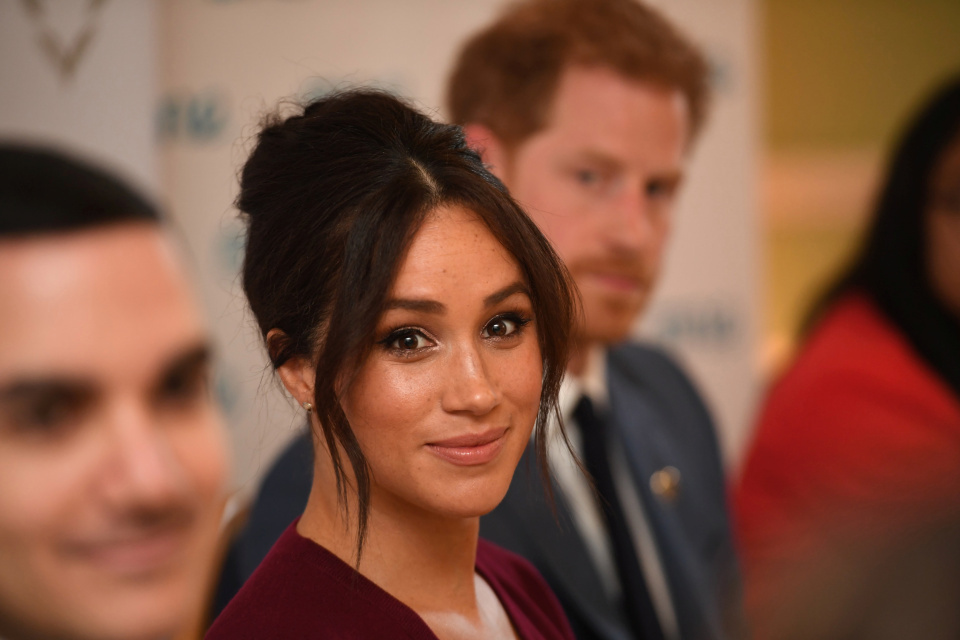 “She continued to volunteer at the soup kitchen when she would return home to Los Angeles until the age of 22.”

It also told how the former actress volunteered in a Los Angeles soup kitchen aged 13 and helped at another in Toronto while filming Suits there.

Previously she told how she helped in the soup kitchen in LA, saying: “I started working at a soup kitchen in Skid Row of Los Angeles when I was 13 years old, and the first day I felt really scared.

“I was young, and it was rough and raw down there and, though I was with a great volunteer group, I just felt overwhelmed.

“I remember one of my mentors told me that ‘life is about putting others’ needs above your own fears’. 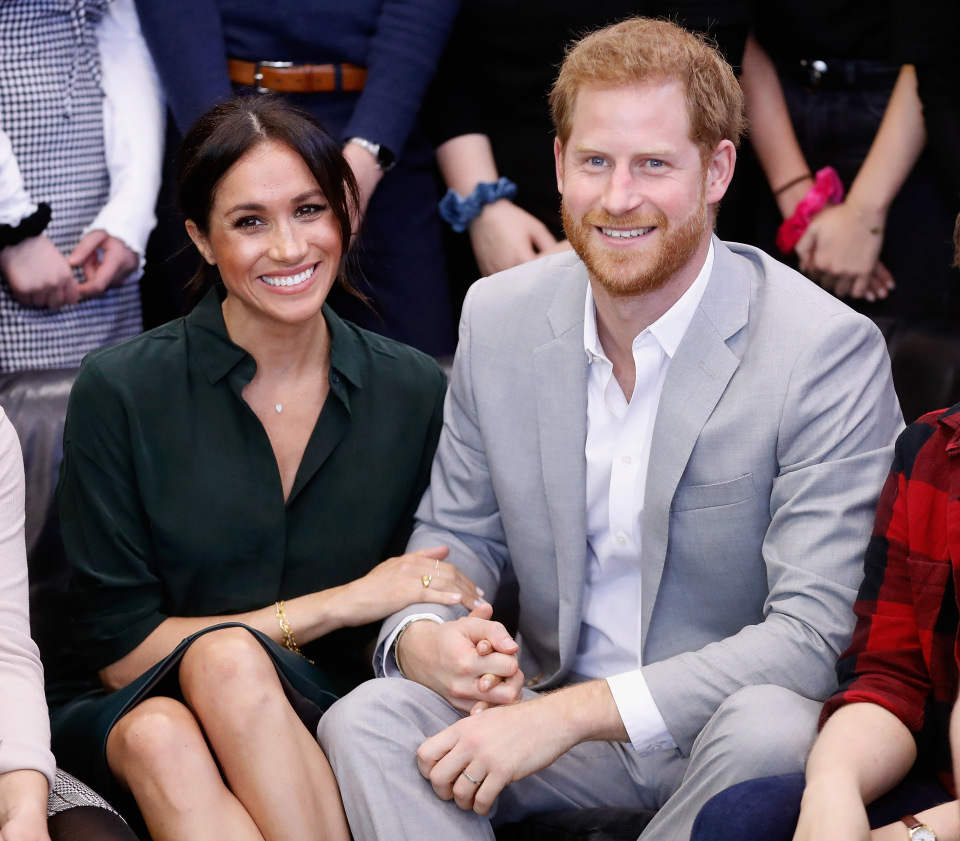 "That has always stayed with me.”

But now the site omits all mention of this, although it does still reference her career in legal drama, Suits, and how she attended university in Illinois and ran lifestyle blog The Tig.

And it does explain she is no longer a working Royal.

It says: "As announced in January, The Duke and Duchess have stepped back as senior members of The Royal Family.

"They are balancing their time between the United Kingdom and North America, continuing to honour their duty to The Queen, the Commonwealth, and their patronages. Frogmore Cottage in the UK remains their family home. "

You will appreciate that the website is updated on a regular basis to reflect the work and focus of members of the Royal family.

A Buckingham Palace spokeswoman told Fabulous: "The Duchess of Sussex’s current biography is on the Royal website alongside other members of the Royal family.

"You will appreciate that the website is updated on a regular basis to reflect the work and focus of members of the Royal family.

"Any updates are agreed with private offices before they are made to the site."

Meanwhile, a new book has been released which has made explosive claims including that Meghan and Harry felt "cut adrift" and were frustrated at Prince William and Kate Middleton getting the 'plum' jobs